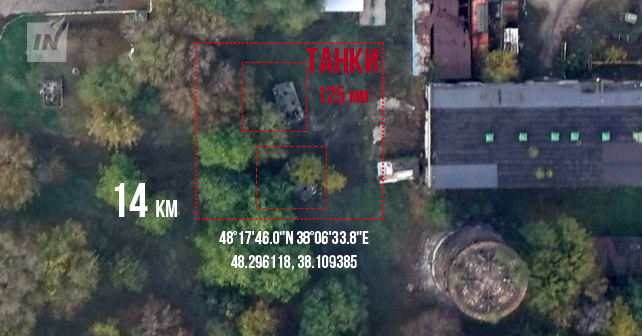 Air Reconnaissance spotted yet another violation of conditions of the separation of heavy equipment in Donbas. Main battle tanks (MBT) of the Russian terrorist forces have been detected merely 14 km away from the contact line.

Volunteers’ air reconnaissance has taken a photo that proves blatant violation of conditions of the heavy equipment separation in Donbas, and made it available to InformNapalm international intelligence community on October 11, 2016. There are two MBT’s (125mm bore) that have been spotted merely 14km away from the contact line. Separation conditions require them to be at least 25km away. These are the exact coordinates of the spotted tanks’ location: 48.296118, 38.109385. 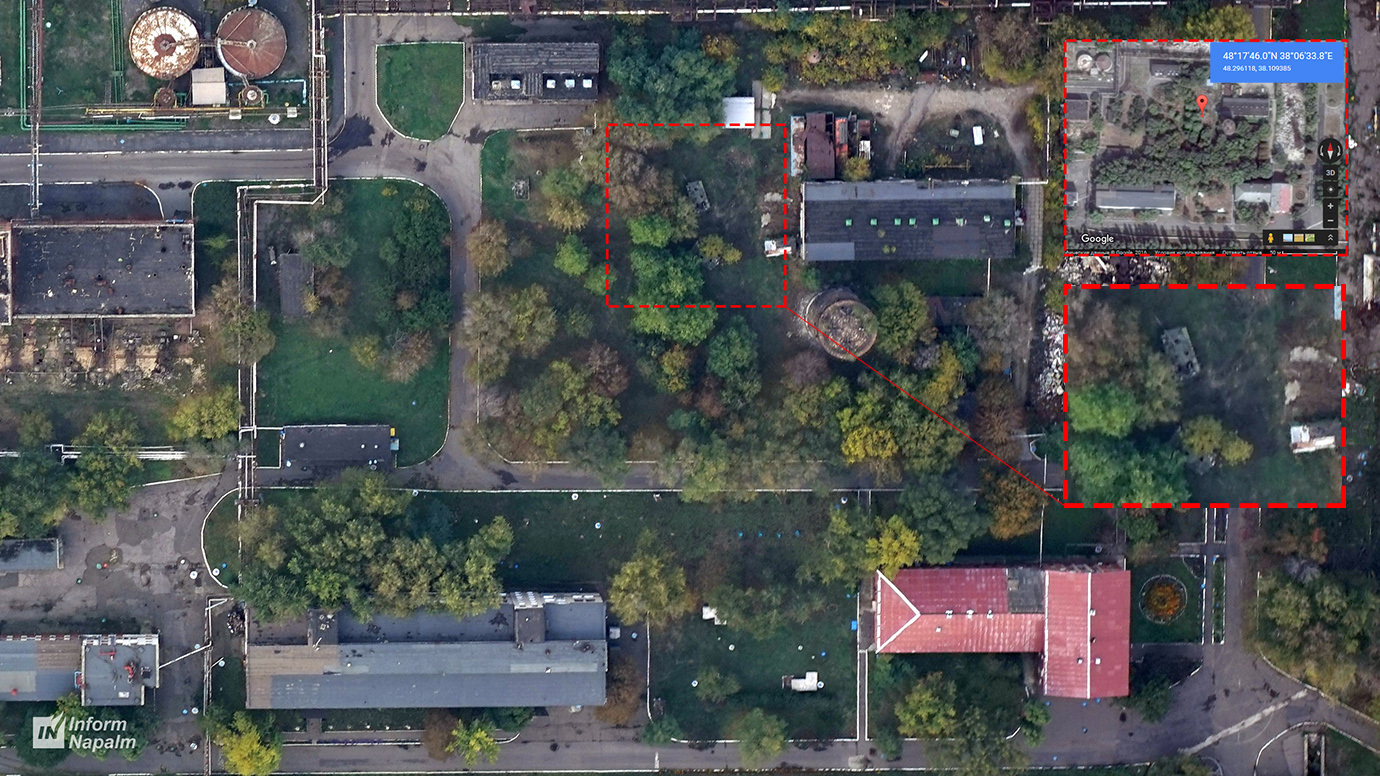 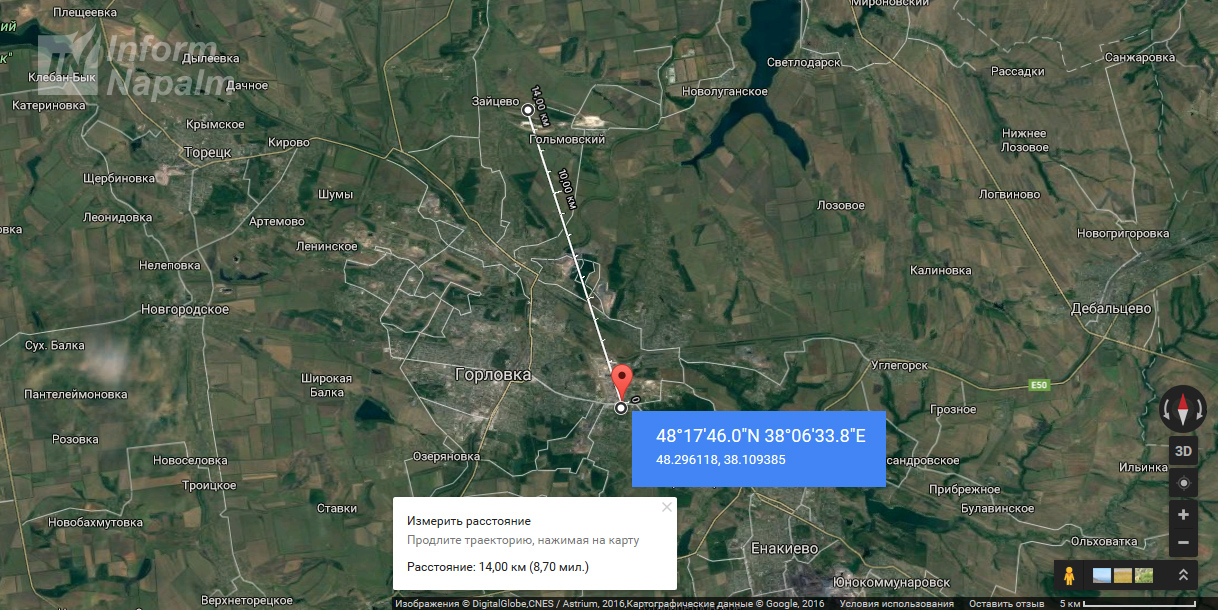 All these incidents demonstrate blatant violation of the heavy equipment separation agreements by Russian terrorist forces.

In September 2016, InformNapalm international intelligence community identified more than 30 types of military and special equipment of the Russian Armed Forces in Donbas as a result of open-source intelligence (the analysis of satellite photographs, videos filmed by casual bystanders, personal photos from social media profiles of mercenaries and Russian military personnel). The results of our investigations were presented in a database and infographics.