Analysis of Documents from 1S Accounting System of Terrorists’ Union of Donbas Volunteers: Sanctions, Humanitarian Aid, and Murder of Bolotov 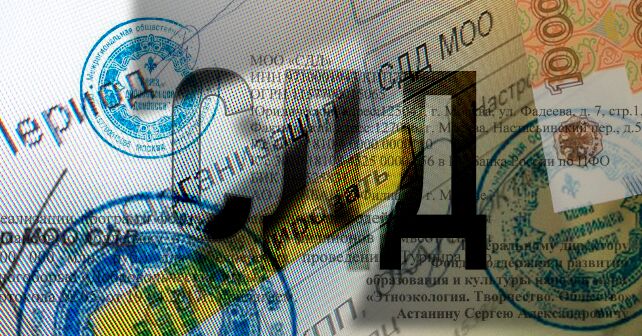 The Union of Donbas Volunteers (UDV) is an organization that has brought together under its roof the most notorious representatives of the “Russian World’s.” They include A. Boroday, the former “prime minister” of the “Donetsk People’s Republic,” A. Milchakov, a neo-Nazi and a commander of the Rusich gang, S. Dubinsky, a major-general of the Russian army (who is a well-known MH17 suspect), and many, many others. V. Surkov, the assistant to the President of the Russian Federation and Kremlin’s gray cardinal, has been a special guest of all congresses of this organization. Up to date, the UDV is not subject to sanctions and still engages in financial transactions via, for instance, banks that are subject to sanctions. In this investigation, InformNapalm international intelligence community is analyzing activities of this terrorist organization on the basis of the accounting database of its 1S accounting software suite that has been handed over for review by hacktivists of the Ukrainian Cyber Alliance.

Ukraine’s Internet community is hotly debating the Ukrainian sanctions imposed on Russian IT companies. In late April, InformNapalm reported Yandex, a Russian company, and the risks associated with its operations in Ukraine. Our report caused a massive outcry, so we would like to offer one more example to demonstrate the danger of using the Russia-developed software.

However, let us have a look at the confidential information about operations of UDV terrorists, which hacktivists of the Ukrainian Cyber Alliance (UCA) managed to extract from 1S record data.

InformNapalm analysts were offered an UDV accounting database dump from UCA hacktivists on exclusive terms and analyzed it in their own manner.

The following is a list of employees of the terrorist organization indicating the payouts: 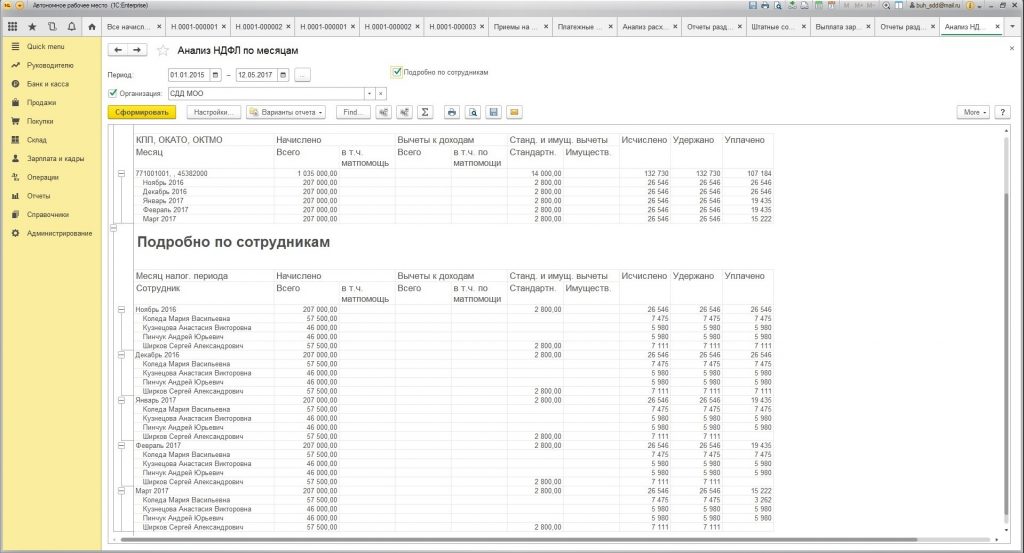 This is an analysis of business transactions of the UDV:

Separately, let us find out who gave money to mercenaries. The “Ethnoecology, Creativity, Society” Education and Culture Support and Development Foundation for Nations of the World (with its Director General Sergey A. Astanin) features all too often in the records. In 2016 and 2017, the Foundation supplied about RUB 8,500,000 (equivalent to USD 140,000) to the UDV:

However, there is not a single mention of this cooperation on the Foundation’s website (archive).

This summer, UDV has a plan to host “Volunteers’ Games” (with a training camp for 120 people) at the expense of the “Ethnoecology, Creativity, Society” Foundation. 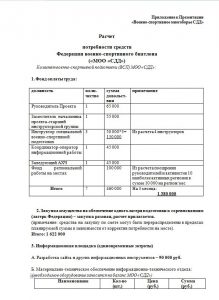 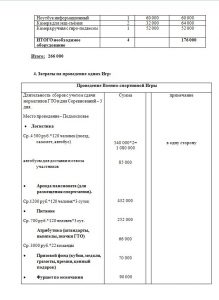 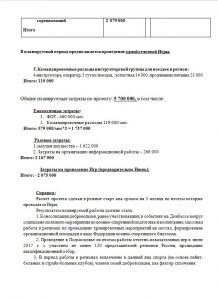 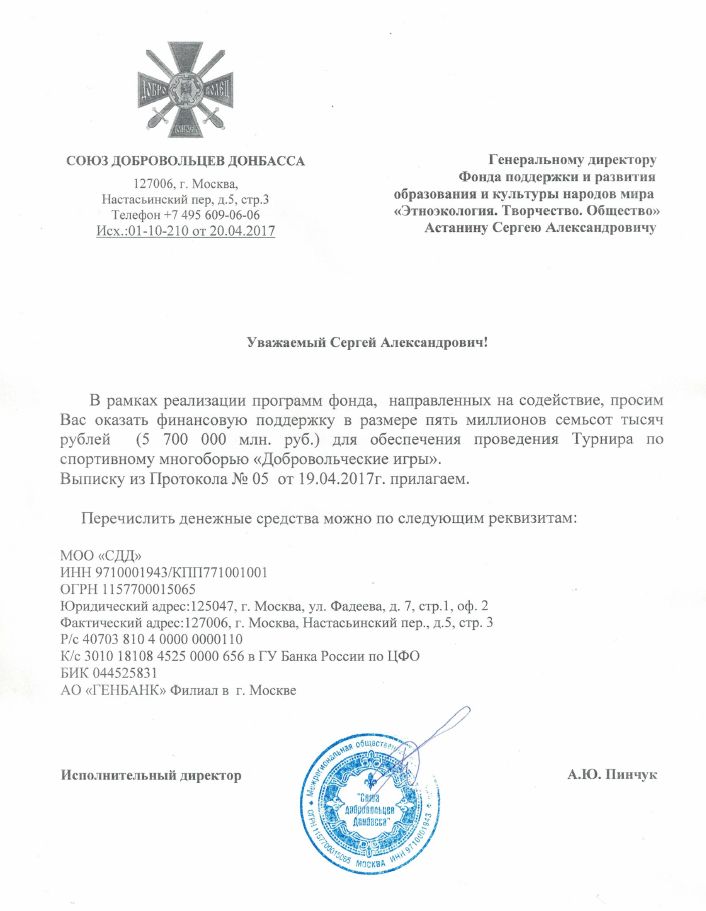 It will cost RUB 5,700,000. The Foundation seems to be camouflaging the Russian terrorists’ funding link.

The analysis of UDV’s accounting records produced lists of Russian mercenaries in Donbas, registers of expenses on treatment of the wounded and tombstones for the killed, and a lot of other interesting information.

For instance, the UDV is cooperating actively with their Serbian colleagues from SRPSKO-RUSKО KOZACKO BRATSTVO NIT. In April 2017, they entered into an EUR 29,300 contract for the construction of a monument to the Russian volunteers of the 1877-1878 Russo-Turkish war buried in Serbia (Gornji Adrovac).

As usual, they asked the “Ethnoecology, Creativity, Society” Foundation to transfer money to their account with Tempbank which is subject to U.S. sanctions: 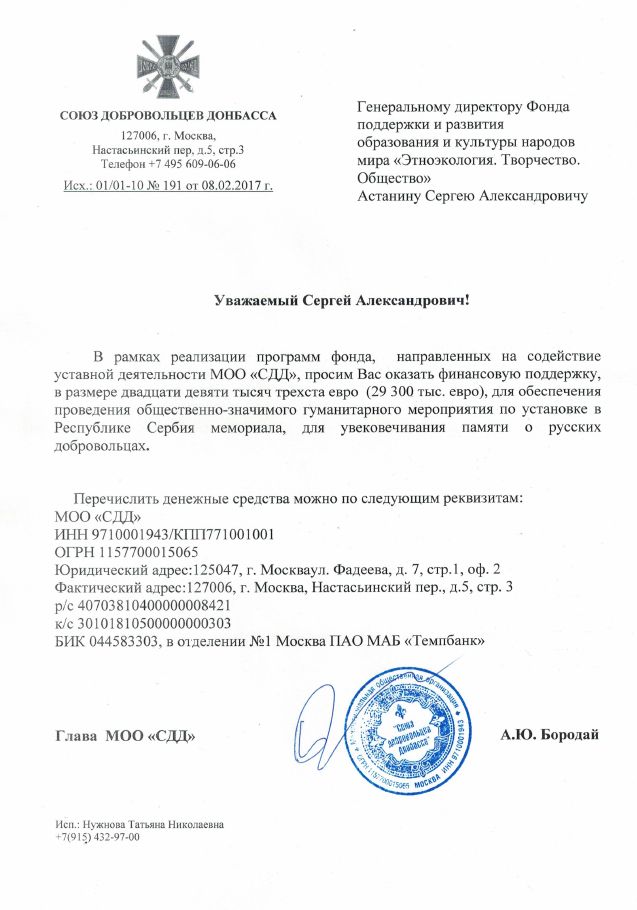 They entered into a contract with the Serbians for the monument construction and grounds beautification: 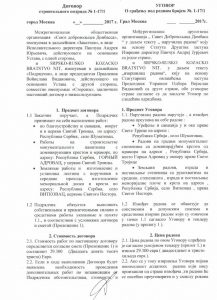 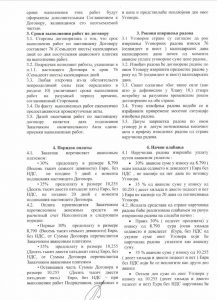 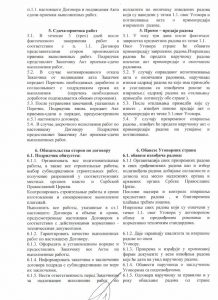 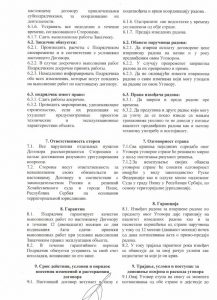 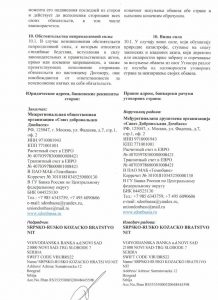 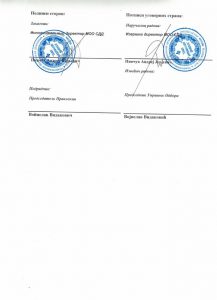 Initially, they were going to make a payment via Tempbank; eventually, however, the Union of Donbas Volunteers used a different current account with the Crimean Genbank, which is also subject to the U.S. sanctions. The payment had to be routed as follows: 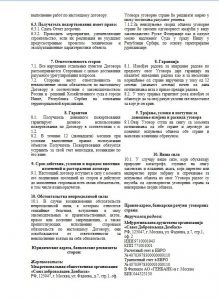 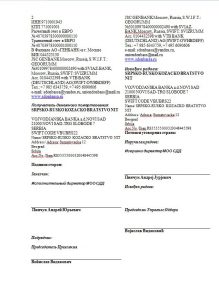 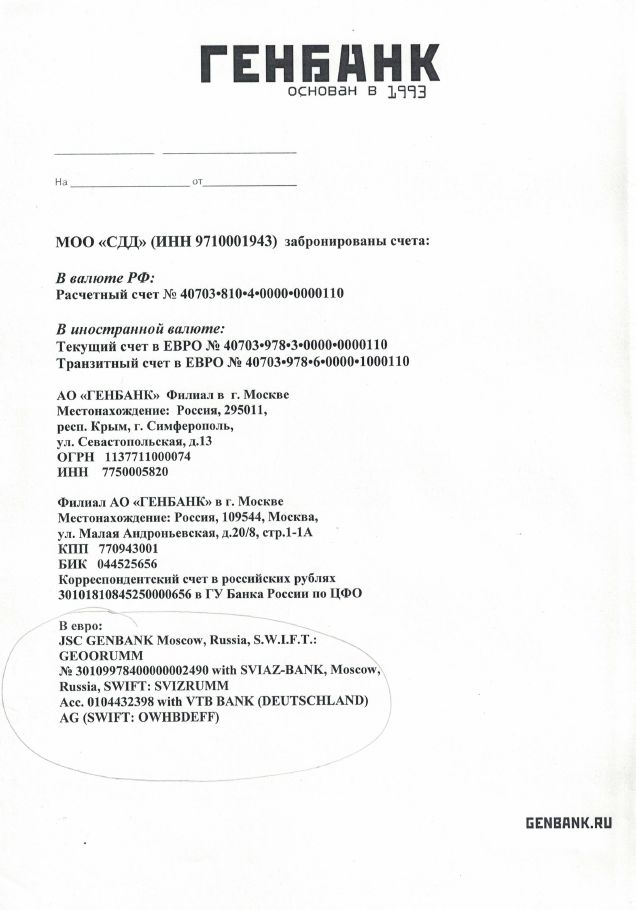 It appears that the U.S.-sanctioned Genbank engages into international transactions via Sviaz-Bank and VTB’s branch in Germany. The United States would be well advised to place financial transactions on these accounts under closer scrutiny.

It is also evident from accounting records that UDV issues referrals for ex-mercenaries to sanatoriums in the Crimea. There are hundreds of receipts in UDV’s accounting records proving the payment for the medical treatment and recuperation of former militants. 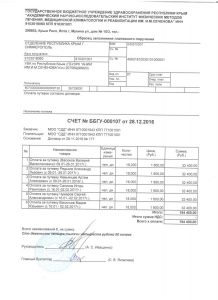 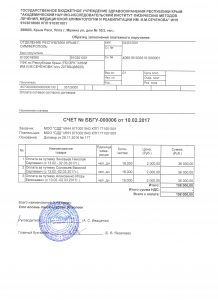 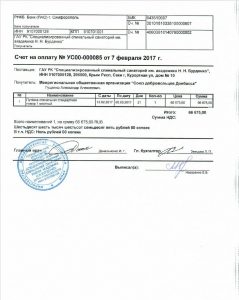 By the way, Valery Bolotov, the first head of the “LPR,” was suddenly paid RUB 100,000 in welfare assistance while rank-and-file ex-fighters were waiting for their prosthetics and surgeries: 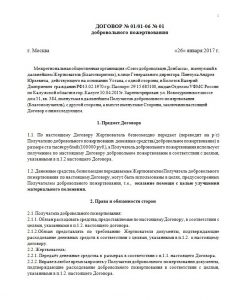 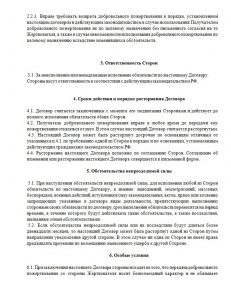 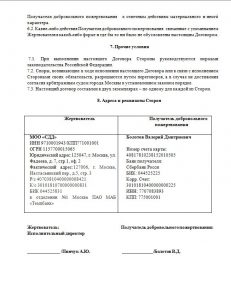 Notably, the documents are dated January 26, 2017, just one day before Bolotov died unexpectedly in his apartment in Moscow. Is it coincidence? Or did Bolotov actually die one day before, and someone made an attempt to issue welfare aid for him post factum? It is up to journalists to investigate.

It is worth mentioning that the number of wounded Russian mercenaries is indicative of substantial losses suffered by Russia’s army in Donbas. On a separate note, the UDV should be commended for its strict accounting procedures. Thanks to that, all the information above has been made public.

The materials were handed over to InformNapalm by hacktivists of the Ukrainian Cyber Alliance on exclusive terms for familiarization, review, and analysis. InformNapalm community is not liable for methods used to obtain and extricate this information.

This publication was prepared by Kirill Mefodiiev, translated by Oleksandr Ivanov

This information has been specially prepared for InformNapalm.org, an active link to the authors and our project is obligatory for any reprint or further public use of the material.

Please repost and share InformNapalm’s investigations in social media. Your Likes help us to disseminate our information.

No Responses to “Analysis of Documents from 1S Accounting System of Terrorists’ Union of Donbas Volunteers: Sanctions, Humanitarian Aid, and Murder of Bolotov”