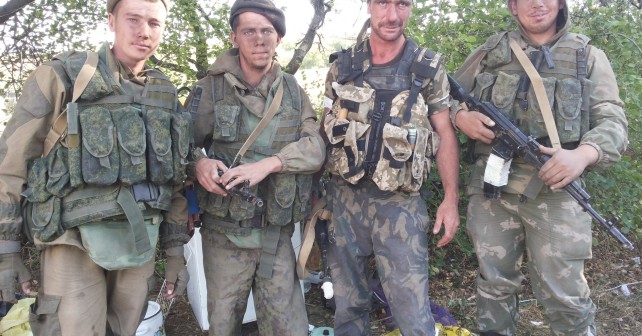 According to Igor’s VK profile, he was serving his regular military service in 2012—2013 in 50th spetsnaz birgade of the Russian interior troops. Since 2013 he is contract servicemen of the Russian Armed Forces serving at the 7th Base of the Southern Military District in Gudauta, Abkhazia, Georgia.

In Spring—Summer 2014 Igor Markin was trained in Ashuluk field camp in Astrakhan Oblast, Russia to be then sent to the Ukrainian Donbas. This is proved by a group selfie, dated September 2014, which Markin posted on his VK profile. The photo is hilarious. It looks like Russian servicemen never saw the true ‘opolchenets’ before and so they try to look miserable, like the ‘true locals’ should look like according to the imagination of the Russian contract soldiers. In reality, the true Donbas militants are dressed much better because of the regular ammo, food and machinery supplies they get via Russian ‘humanitarian convoys’. 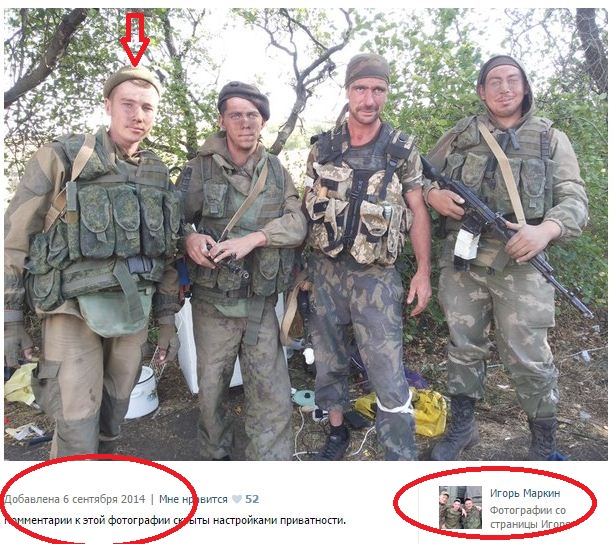 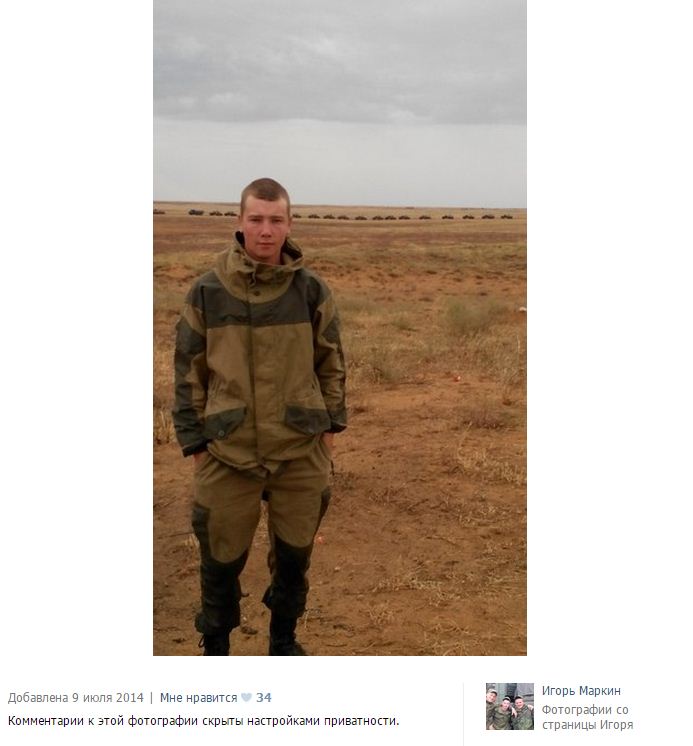 Currently Igor Markin is on vacation, and it looks like he will return to the 7th base afterwards. The field camp of the 7th base is currently located in Rostov Oblast, close to the Ukrainian border, from where the military irruptions, to which Ukrainians had already gotten used to, are launched when time becomes though for DNR/LNR mock governments.

Our previous reports on 7th Russian Military Base in occupied Abkhazia: