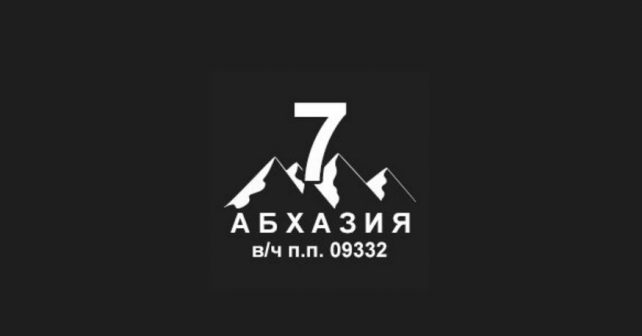 A forum titled Beefing up NATO’s Military Presence in the Black Sea Area. National Security for Abkhazia took place in the building of the Abkhazian State University in Sukhumi, capital of the occupied Abkhazia, on April 26, 2017. An assistant reconnaissance commander of the 7th Military Base in Abkhazia was one of the speakers at the event. Curiously, the presentation by the reconnaissance officer from the military base in Gudauta was rife with elements of disinformation, deliberate distortion of facts and circumstances and stereotyped agitprop divorced from reality. Let us look at some examples:

— “Military exercises taking place in the Black Sea and South Caucasus are overtly hostile. They are considered by the USA and NATO countries as one of power politics methods towards Abkhazia”.

— “The main route for moving militants to the North Caucasus legally runs across Georgian territory which destabilizes the situation in Russia’s North Caucasus region”.

— “Claims of Russia’s interference with Ukraine’s domestic affairs made by leaders of the USA and a number of the European countries were used as a pretext for the military build-up in the Black Sea region”.

In connection with this, InformNapalm volunteer intelligence community would like to invite your attention to specific facts describing the track record of Russian occupation army’s 7th Military Base, whose personnel makes cynical allegations about hostile reinforcement of NATO’s military presence in the Black Sea. Strengthening the North Atlantic Alliance’s military alignment in Eastern Europe is merely a consequence of Russia’s creeping aggression against its neighbors and a measure of deterrence.

The 7th Military Base (military unit 09332) of the 49th Army from Russia’s Southern Military District is located in the city of Gudauta in occupied Abkhazia in Georgia; it was established in 2009 after Russia’s 2008 intervention in Georgia. The military base was initially set up on the basis of 131st Maykop Motorized Rifle Brigade defeated by Chechen rebels during the attempted assault on Grozny on the New Year’s Eve of 1994-1995. 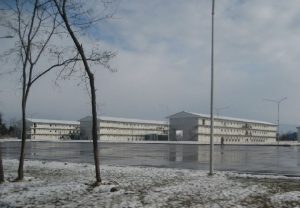 The core equipment of the Gudauta base includes: about 50 T-72B3 tanks (used as a replacement of T-90s), more than 150 BTR-82 and BTR-80 armored personnel carriers, 36 Akatsiya 152 mm self-propelled guns, 18 Grad MLRS units, as well as other weapons and equipment. The occupying forces are using the seaside training ground in Nagvalou and the mountain training ground in Tsebelda for their training activities. Units of the 7th Military Base, including mechanized infantry, reconnaissance, and SIGINT personnel are on duty near the administrative border in Gali District and the Kodori gorge.

Having covered the structure, the weaponry, and some specific features of the 7th Military Base, we would like to remind you that military unit 09332 is not only an occupying force of the Russian army in a part of Georgia, but also one of the most actively belligerent formations in the Russian army. The information about the track record of servicemen of this base in Donbas featured in 30 (!) OSINT/HUMINT studies carried out by InformNapalm international intelligence community. Here is some background:

Thus, the rhetoric of officers of the 7th Military Base of Russia’s occupation forces about the “NATO threat” in the Black Sea region is broken by numerous facts of Russia’s aggression against Ukraine and Georgia. Today, Russia is the main and only aggressor that threatens all the Black Sea countries, as evidenced by the occupation of parts of Georgia and Ukraine.

This publication was prepared by Irakli Komaxidze on the basis of an OSINT and HUMINT investigations by the InformNapalm international volunteer group. Translated by Oleksandr Ivanov, edited by Artem Velichko