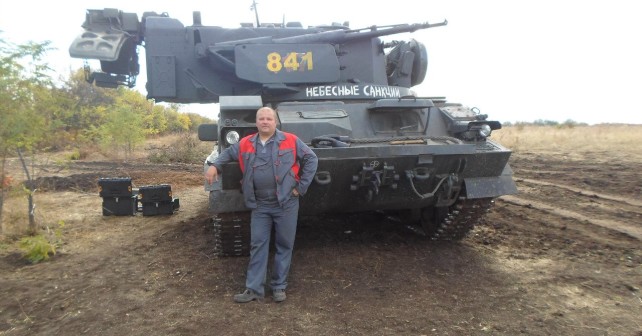 The InformNapalm community continues the series of investigations in which we try to identify the Russian weaponry and equipment that were used in combat actions in Ukraine between 2014-2015. The main sources of the data are the Russian soldiers themselves. In some cases, information is leaked by civilians who got in the thick of actions. They cannot refrain from taking a picture in front of a military equipment without boasting. The following article contains a photo set which is ‘presented to us’ by the employees of the Russian military industrial sector. The pictures prove that the Russian 200th brigade took part in combats in Donbas in 2014.

A profile of Mikhail Boyurov was found in VKontakte social network – on December 10, 2015, he uploaded a set of pictures that were taken in a period between August and September of 2014, during his ‘Ukrainian assignment’. On the basis of Boyurov’s photos, it can be concluded that he (together with other specialists from the Federal State Unitary Enterprise ‘775th artillery repair plant’) was sent to the conflict zone to provide repair and preventive maintenance of military equipment and weapons on the site. 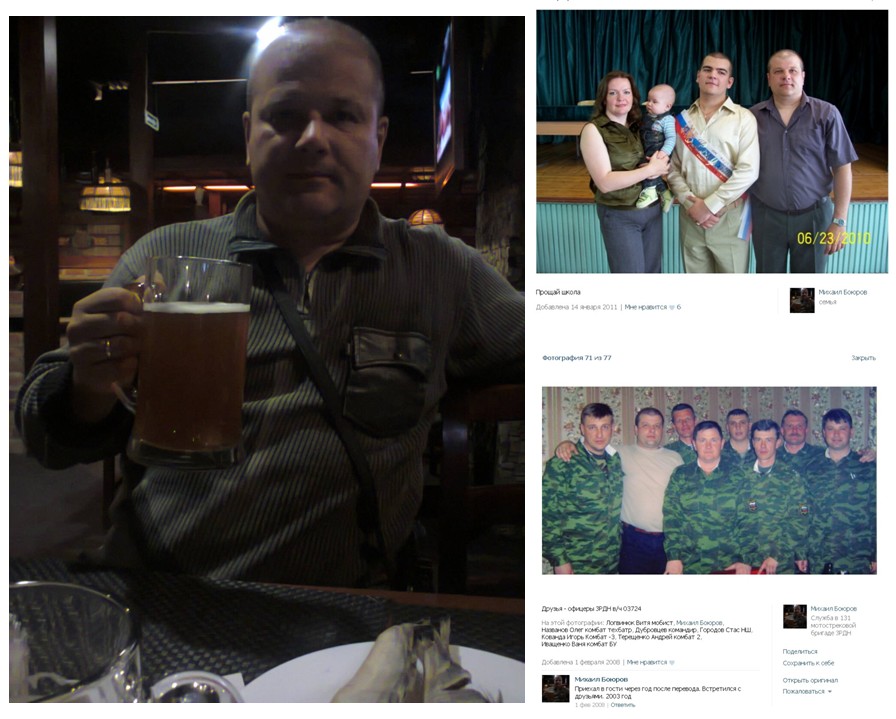 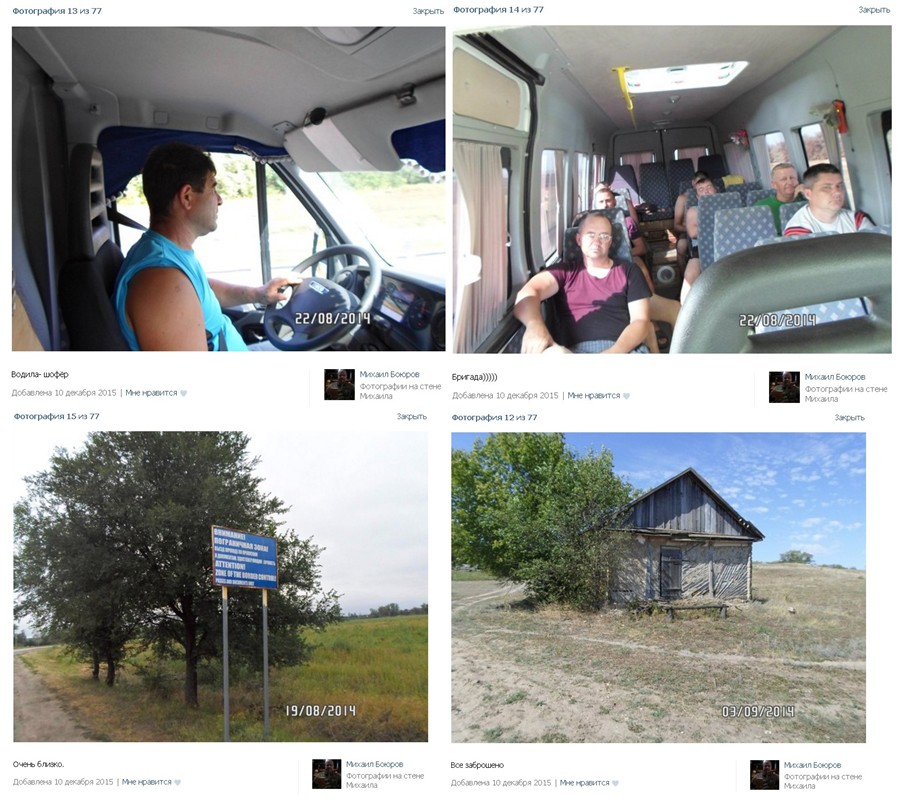 Note: Federal State Unitary Enterprise ‘775th artillery repair plant’ of the Ministry of Defense of the Russian Federation was registered on December 21, 2011 in St. Petersburg, Marshal Blyukher Ave., 12. The main activities of the enterprise are:

All the equipment shown in the pictures by Boyurov is organic to the 200th separate motorized rifle brigade of the Russian Navy (military unit No. 08275, Pechenga, Murmansk Oblast). According obtained information, as of September 2014, a battalion tactical group of this brigade was on ‘Rostov-Ukraine assignment’. One of the field camps deployed near the Ukrainian border in Kamensky raion (Rostov Oblast) was used as the springboard for this group’s raids in the Ukrainian territory. The first registration of the servicemen from this brigade was done on September 10, 2014. In November of 2014, InformNapalm published several articles proving that this tactical group took part in combat actions in Donbas, including one with evidence of the fact that a missile artillery unit of this brigade participated in shelling of the Ukrainian forces. This BTG also stuck in memory thanks to its ‘creativity’. The military equipment of this unit had a lot of soviet-style slogans, as for instance ‘For Stalin’, ‘Death to Fascists’, ‘Death to Aidar’, etc. That (and the photos by Boyurov) helped us to identify the appendage of these arms (also taking into account tactical signs, side numbers and so on).

The photos from Boyurov’s album uploaded and dated on August 14, 2014:

Border checkpoint ‘Izvaryne’ at the Ukrainian-Russian border. The comments say ‘Meantime in Russia…’ and ‘Near Kamensk-Shakhtinsk’ (archives 1, 2). 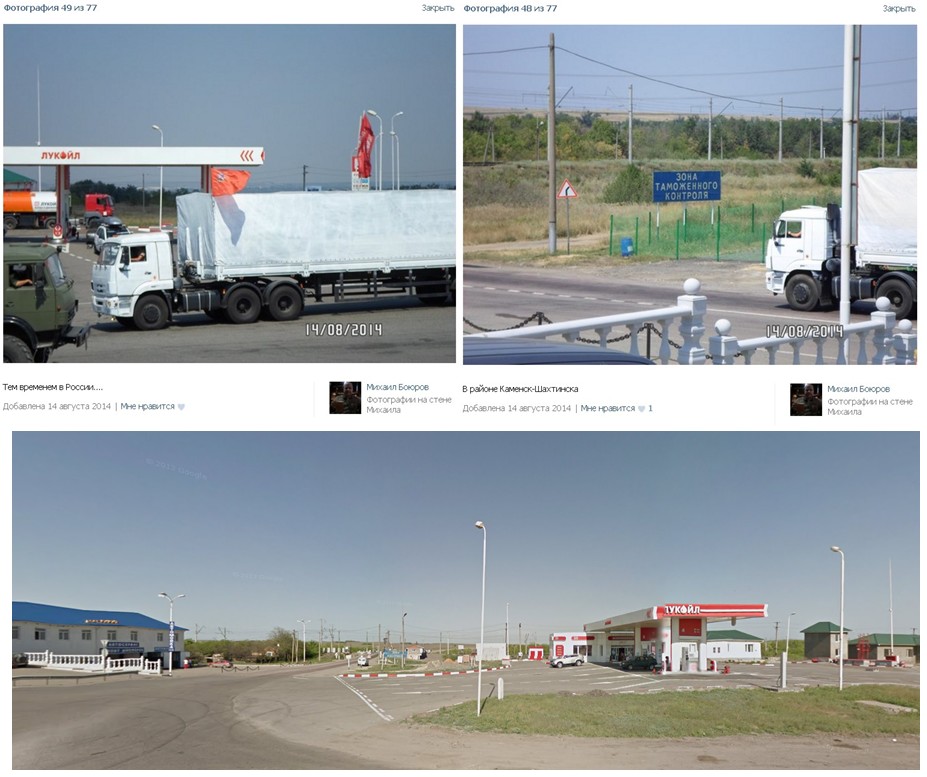 Note: it is well-known that ‘Izvaryne’ checkpoint has become a main gate for the Russian invasion of Ukraine. This has been numerously reported by volunteers of our community. In particular, check out Anton Pavlushko’s article from September 29, 2014: “Where did the troopers from Pskov go“. 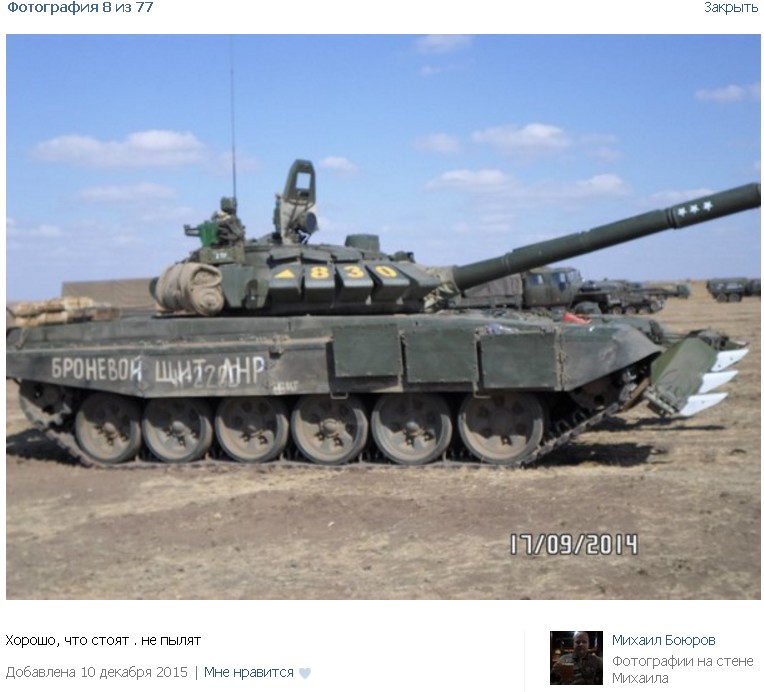 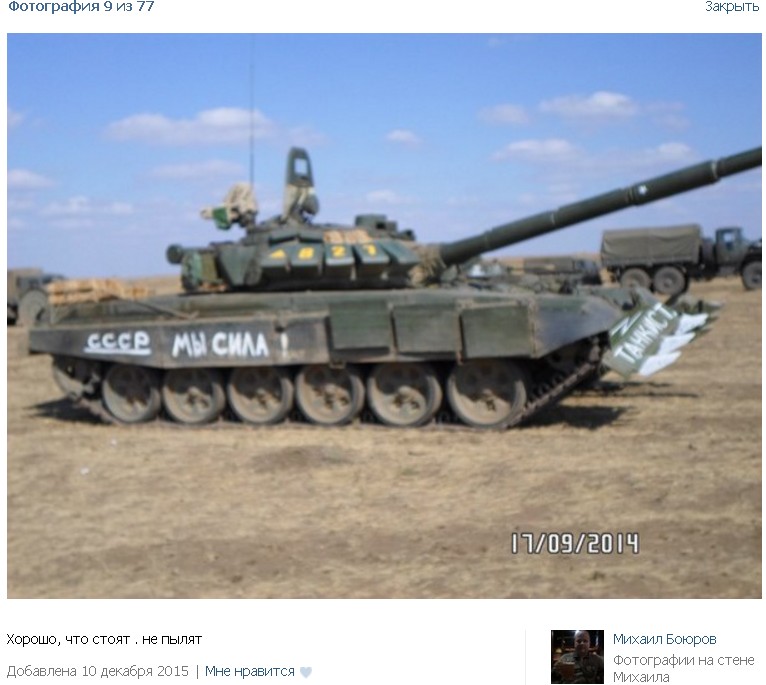 Tanks of the same unit with similar tactical signs and the side numbers from the 831st series (‘Death to Aidar’ and ‘For Stalin’) were registered by InformNapalm in the fall of 2014. 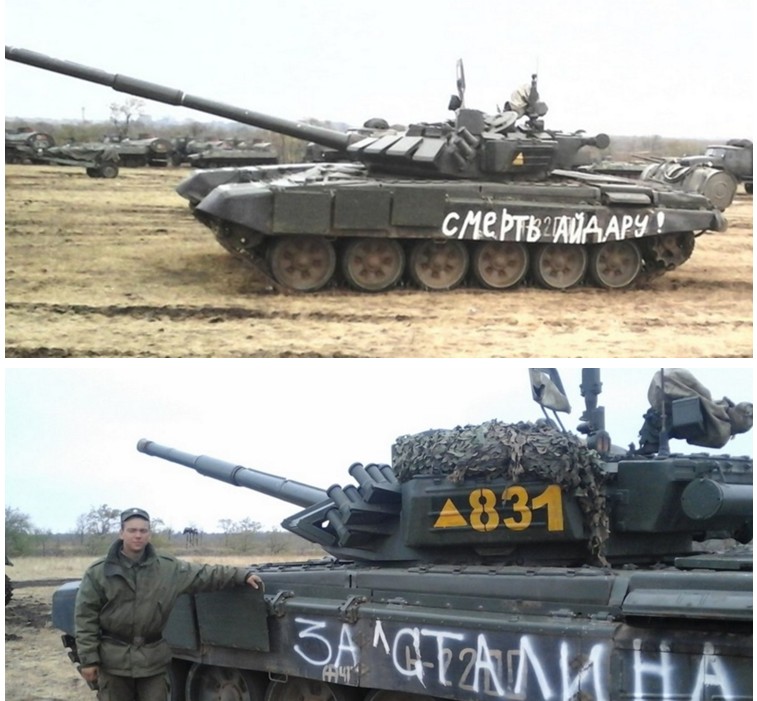 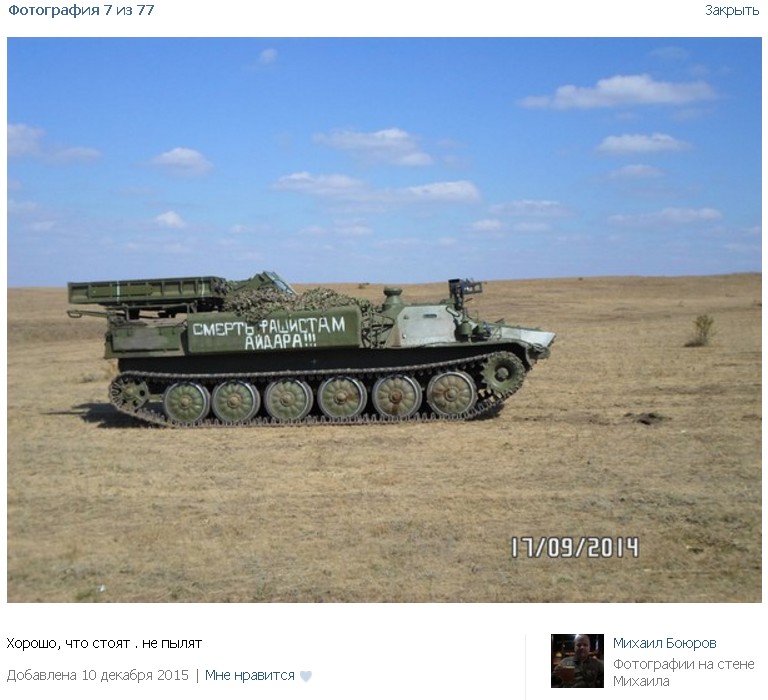 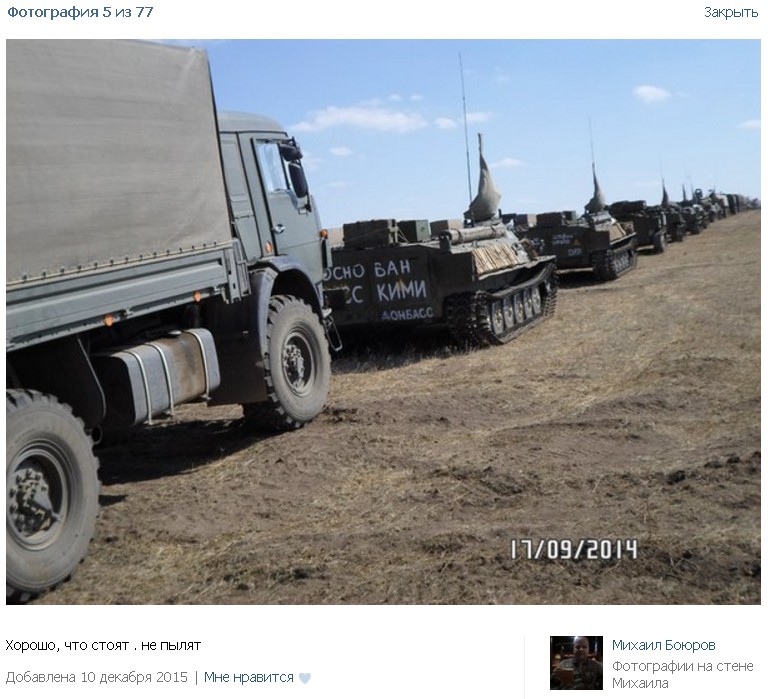 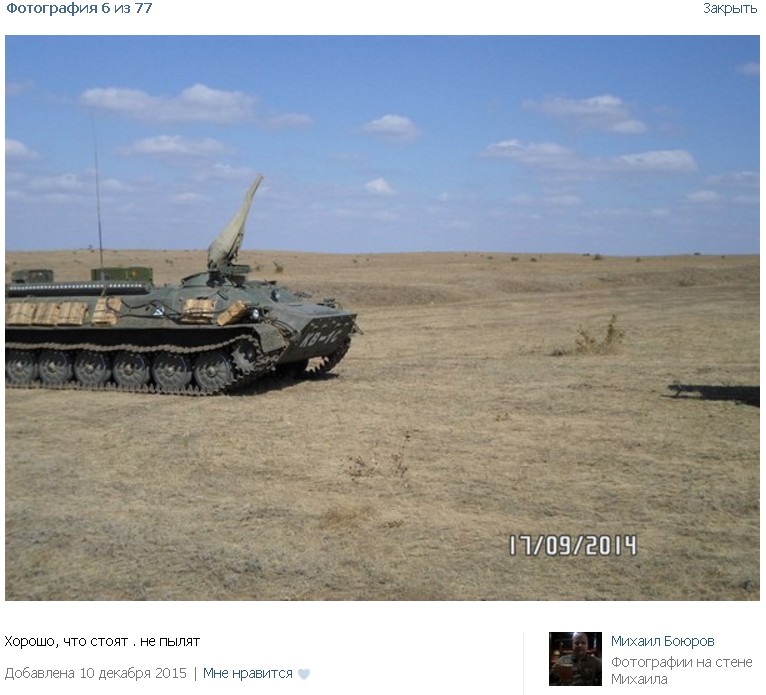 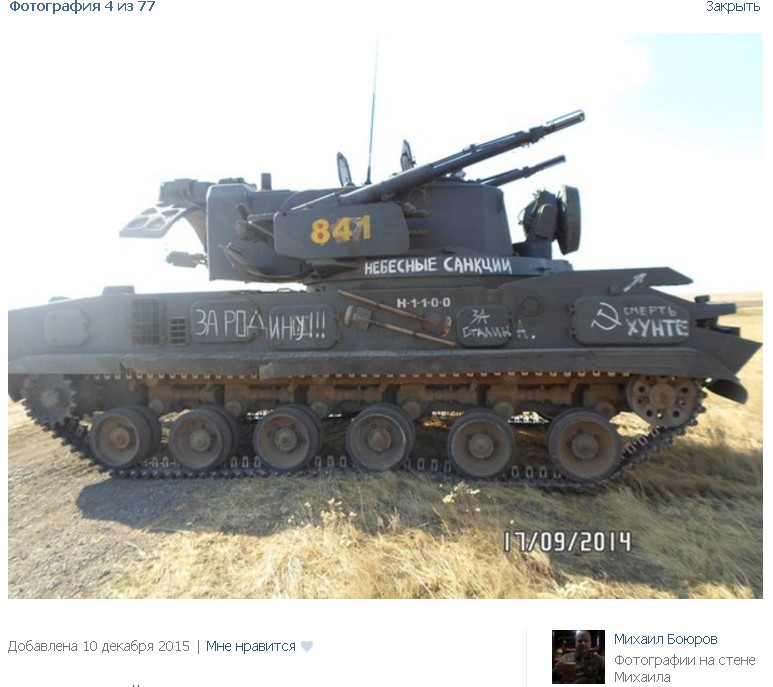 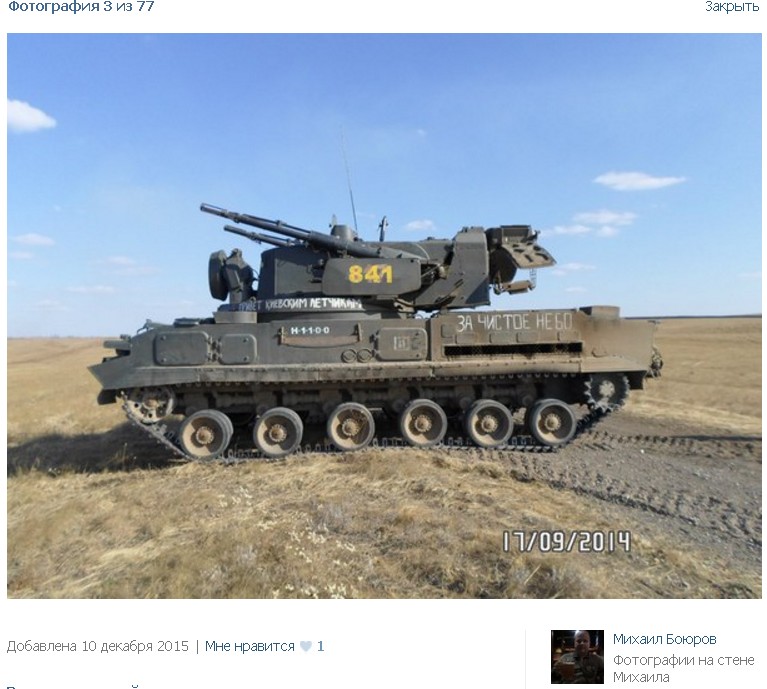 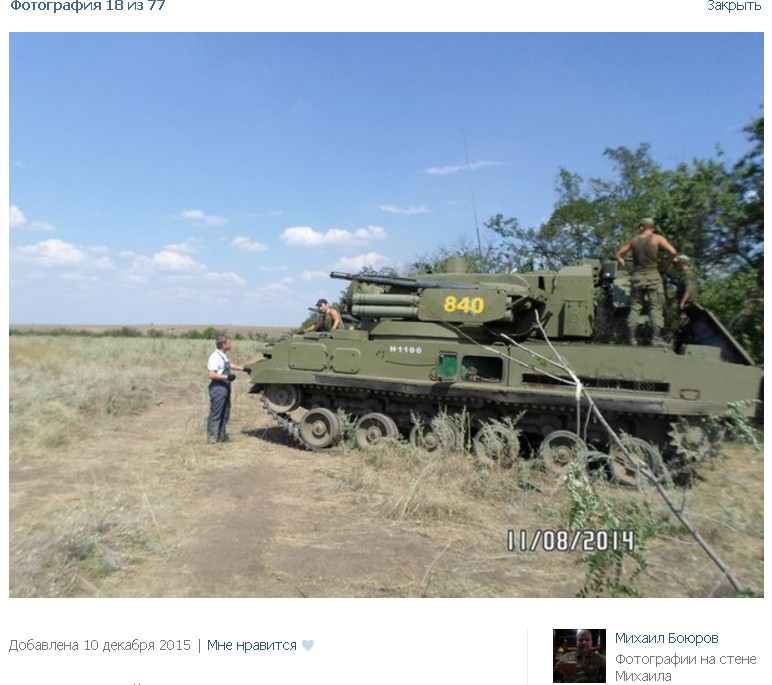 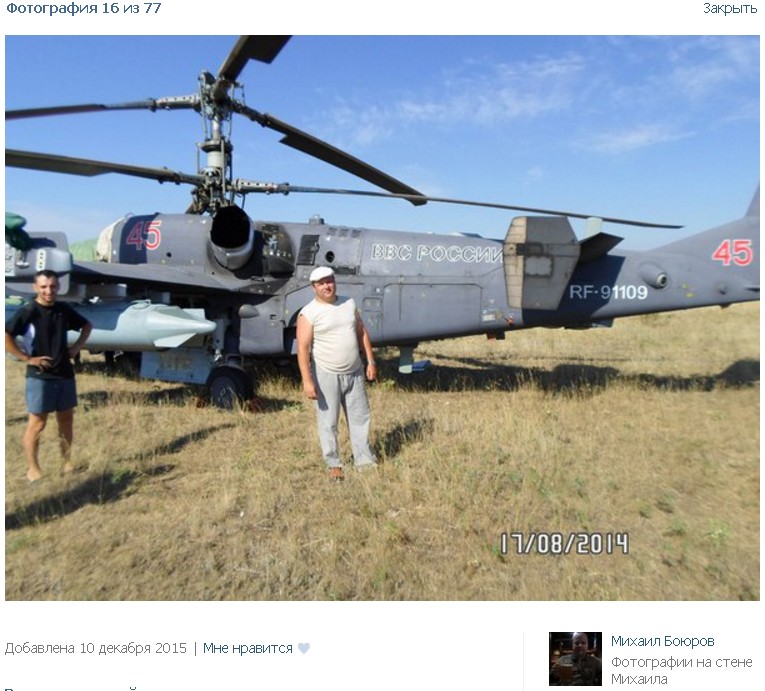 This is not the first time that the information is leaked by Russian military industrial sector employees. A group of specialists from the ‘Perm Repair Plant’  were spotted in Rostov Oblast in the fall of 2014 (please refer to our article ‘Troubleshooters from Ural at the front line‘).

There are other articles to be found about the 200th brigade in the context of the ‘Ukrainian trip’: