“Donbas vacation” – how Putin ruined career of a Russian jailor 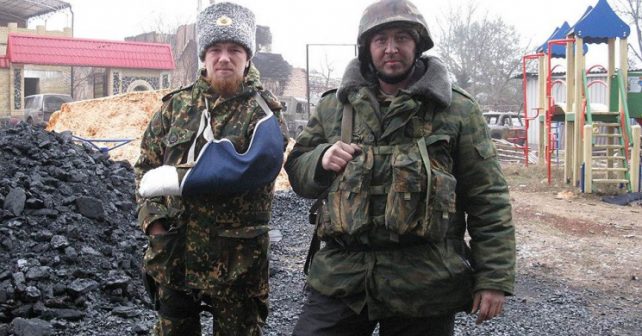 “Vacationer” – is the common name given by the Russian propaganda and militants to the active Russian servicemen who in the crucial moment suddenly get back-dated vacations and appear somewhere abroad with their tanks and other weaponry and also in numbers suitable for a good battalion task force. There were dozens of thousands of the Russian military “vacationers” who took part in the war in Ukrainian Donbas. However, there were also ordinary Russian citizens who really took unpaid leaves and volunteered to fight for the mythical Novorossia. We will tell the story of the one of them, as revealed by the hacktivists of the Ukrainian Cyber Alliance (UCA) and the CybeHunta groups which hacked the computer of the one of the Russian “volunteers”.

On May 18, 2014 after being deluded by the Russian television, a resident of Krasnoyarsk Valeriy Terentev posted on the internet a largely critical video addressed to Putin:

From 1998 to 2006 Terentev served at the Russian Army and Russian Ministry of Internal Affairs, had three deployments to Chechnya (2000, 2001, 2004), later on he went to work for the Federal Penitentiary Service (FSIN) in Krasnoyarsk Region.

On the Internet, he is mostly known by his pen name Artur Cherny, an author of books about Chechnya. The unfortunate video would have been ignored, but Terentev was a government employee, and criticizing Putin was a grave mistake. To his regret in August, 2014, this video caught interest of the Security and Supervision Department of the FSIN headquarters. Artur Cherny on the video was recognized as Major Terentev, the Internal Service Unit commander at the Correctional Colony #5. He was caught mentioning President Putin in his speech. Both negatively (for the handling of the war in Chechnya) and positively (for the annexation of Crimea) – it was enough for his commanders to start hounding Terentev. 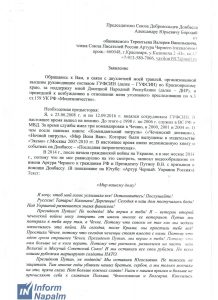 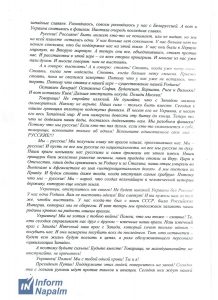 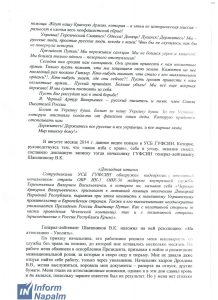 Lt. Gen V. Shayeshnikov, Head of the FSIN in the Krasnoyarsk Region, decided to dismiss Terentev from service. It was a natural reaction. If Shayesgnikov’s seniors in Moscow got to know that his subordinates were free to criticize Putin, all the FSIN command in Krasnoyarsk Region could get fired. Getting rid of Terentev became a must.

But, on September 29, 2014, Terentev makes a feint – he hands in his resignation, gets his statutory vacation from October 1, 2014 and… recalls his resignation letter. While local FSIN adminstration wonders what to do next to dismiss him, Terentev goes to the Donbas war. He receives a callsign Anagra and fights under the command of Motorola in the Sparta illegal armed group.

Terentev even features as Artur Cherny in a propaganda video made by the Russia-24 Channel titled The fight for the Sky. Special report from the Donetsk Airport.

Of course, he does not mention the story of the conflict and the real cause of his dismissal.

On February 2015 Terentev, gets reinstated in his position and is allowed to work for a couple of months before being asked again to resign quietly. He promises to do so but starts using delaying tricks, apparently waiting till Lt. Gen Shayeshnikov retires. In summer 2015, Terentev takes another voluntary deployment to Donbas. After returning to Krasnoyarsk, instead of resigning he gets himself hospitalized to a psychiatric clinic with posttraumatic stress disorder. 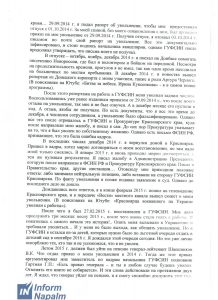 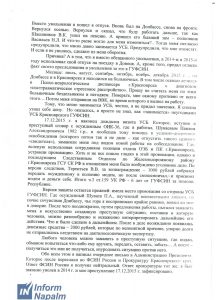 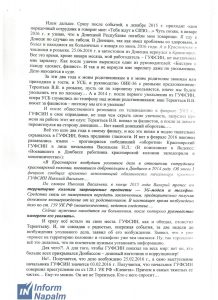 While Terentyev runs from dismissal in Donbas and then in an asylum, the regional FSIN command gets really sour: they devise a scheme promising parole to a convict Shuvaev if he befriends Terentyev and for 1,000 rubles (approx. $17) asks him to smuggle a 3G modem into the cell. Terentyev takes the money, and all of a sudden finds himself with a criminal charge worth 6 years in prison.

So, he leaves for Donbas again, for six months. In Krasnoyarsk, a criminal case is initiated against him and he is put on the wanted list. Krasnoyarsk police actively help the local FSIN to cook a criminal case to teach the disgraced major a lesson. At this stage, the FSIN goes to the press and reports about the arrest warrant on the rogue cop, who is hiding from justice in Donbas. 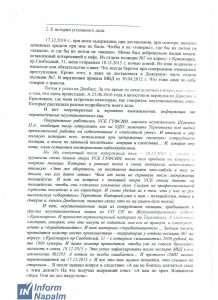 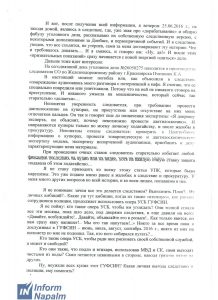 The command of the local FSIN also floats a rumor that Terentyev allegedly first fought on the side of Ukraine, and then switched sides to the Donetsk People’s Republic (DPR) for money.

Recently, court proceedings began, where Terentev denies everything, and the FSIN command alleges that all the fuss is due to the 3G modem worth $17. This provincial story eventually even makes its way to the Kommersant magazine.

Both sides are very determined to pursue and win the case. And we sincerely wish them success. 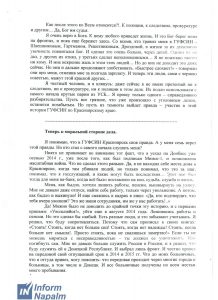 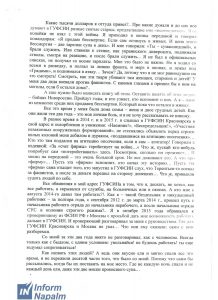 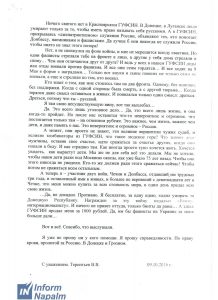 Although the sides cross words not only in courts, but also in the press, for some reason no one ever mentioned that the story began with several critical remarks Terentyev addressed to Putin. The Krasnoyarsk FSIN does not want Moscow to know that its employees criticize Putin and go to wars at will. And Terentev probably is clever enough not make his matters worse by mentioning the fact… His example shows a simple truth: “Donbas holidays” and killing Ukrainians without relevant orders from the Russian authorities are fraught with unpleasant consequences.

Disclaimer:
Evidence data was exclusively provided to InformNapalm by the hacktivists of Ukrainian Cyber Alliance for analysis and processing. InformNapalm Community bears no responsibility for the sources and origin of the data.