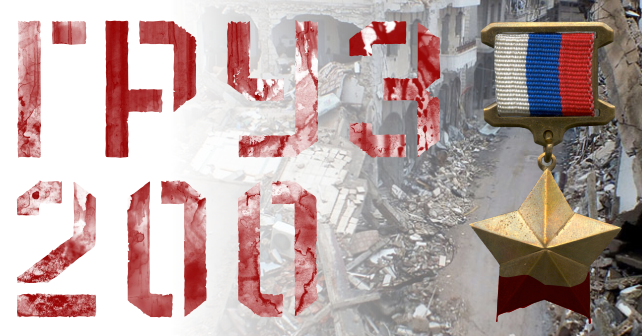 The name of yet another Russian serviceman killed in Syria has become known thanks to Russian regional media. The report appeared on a Kazan website, but for some reason it did not spark the interest of federal media and remained unknown outside of the Republic of Tatarstan.

The name of the deceased is Captain Marat Akhmetshin, born on 06.27.1980. He was an artillery officer. Publicly available information makes it easy to re-create Captain Akhmetshin’s service history: 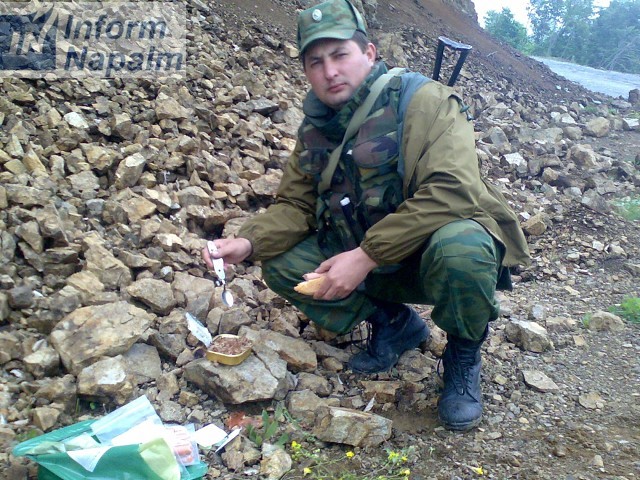 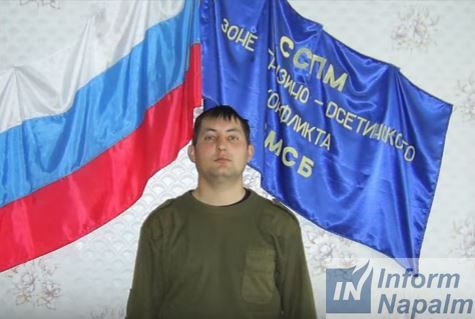 In the interview with Guzel Akhmetshina, the wife of the deceased officer, we established the details of her husband’s military service and his death in Syria:

“Marat left in April (for Syria – editorial comment)… We knew where he was and we were really worried about him. They were forbidden to talk on the phone, but after some time he got in touch with us …”Is it dangerous there?” I asked. He said, “No, it’s fine.” The last time we talked was on the 1st of June. He was supposed to call me on the 3rd of June. But he didn’t …”

According to his wife, Marat Akhmetshin was killed on June 5, 2016, outside Palmyra.

Note: it is worth pointing out that the Hero award issued to Akhmetshin back in July of 2016 had serial number 1062, while Wikipedia lists only 1040 heroes as of November of 2016. The names of more than 20 “heroes” are not known yet.

On June 23, 2016, Marat Akhmetshin was awarded the title of Hero of Russia. As a rule, Russia does not hide the names of its heroes and tries to use each newly awarded person for propaganda purposes: the official award edicts are published on the official website of the President of Russia, and federal TV channels broadcast pathetic news reports about these awards.

Every time such a “hero” was killed in Syria, Russian federal media provided coverage of the death:

As the result, hero awards were given to either downed pilots (4 Stars), or heroic staff officers (4 Stars) or representatives of Special Operations Forces (SOF, 2 Stars). The last known hero was Russian Ambassador Andrey Karlov, murdered in Turkey, whose death was also attributed to the “Syrian conflict.”

It should be pointed out that all military recipients of the award belonged to the branches of military, which are officially acknowledged by Russia to be involved in the war in Syria. It is much more difficult to explain how an artillery officer could become a hero in Syria. The fact of awarding a ground force officer with the highest award confirms the participation of Russian troops in the ground campaign in Syria. However, the ordinary Russian people are not being told of this participation, which is why we did not see the provincial artillery officer among the widely promoted heroes of the Syrian war. Not all Russian heroes are equally helpful for Russian propaganda.

On September, 12 in Prokhladny, in the Public Garden of Commemoration, a memorial in honor of the fallen soldiers was unveiled. Engraved on the main marble top are the names of 50 soldiers killed in the Chechen Wars and 28 names of those died in South Ossetia. The list also includes the names of Captain Marat Akhmetshin, killed in Syria, and Private first class Semen Sychev from Primalkinsky. 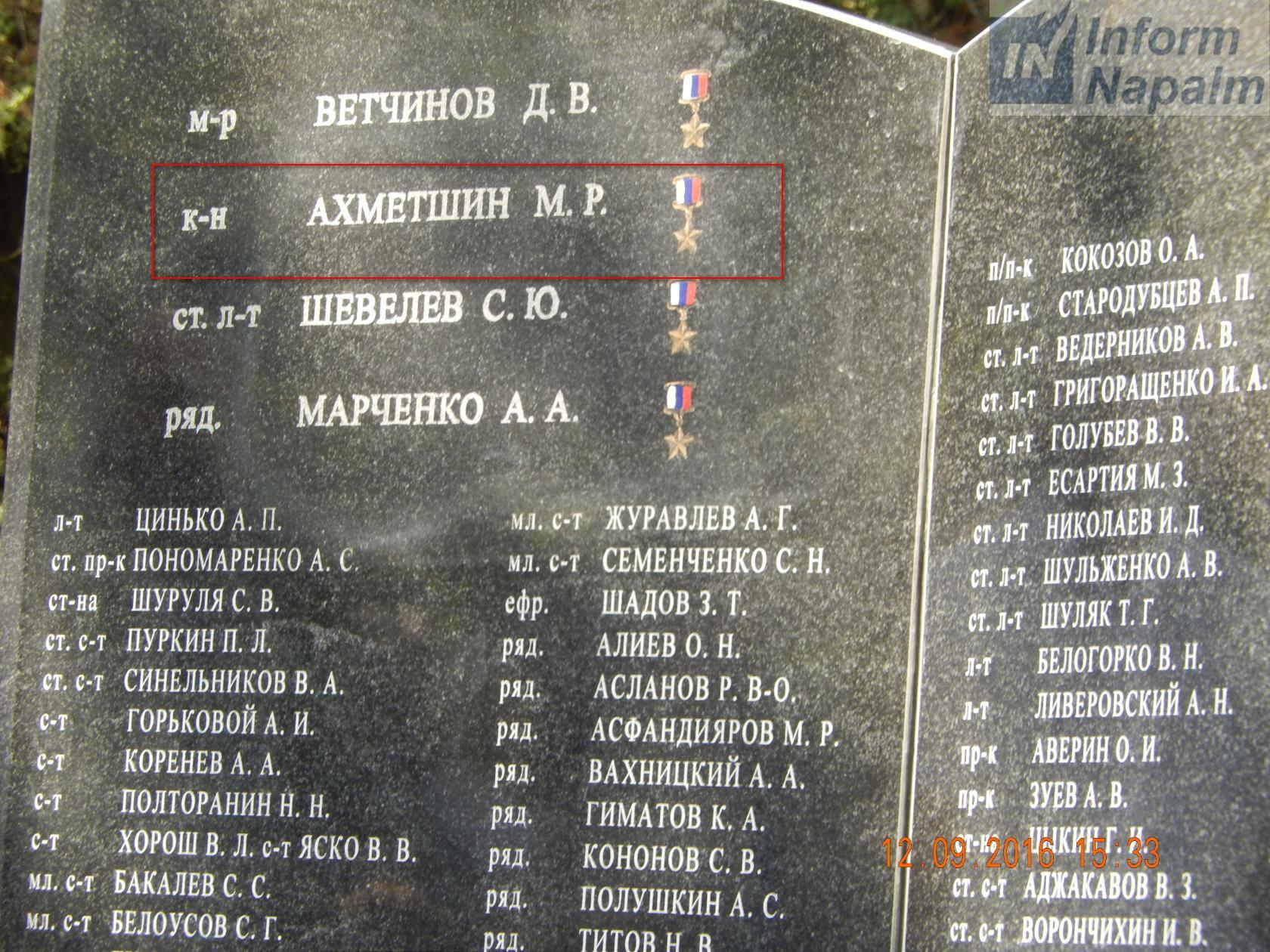 Akhmetshin’s eldest daughter was granted the admission to a Cadet school in Moscow, the other two children are expected to be admitted to Suvorov Military School. A commemoration meeting was held in a school in Kazan on December 10, where Marat Akhmetshin’s relatives and his former comrades-in-arms shared stories about Marat’s life.

School representatives posted an amazing video in the best traditions of Soviet-era children’s matinees about the Commemoration Day at his own school (it is not recommended for the faint-hearted).

According to Marat Akhmetshin’s wife, he went back to military in 2015, joining one of the military units in Nizhny Novgorod. Judging from the captain’s military experience, we can assume that it was 288th field artillery brigade (military unit #30683, Mulino settlement).

Someone is very lucky to be a hero general or a hero pilot, whose every step is covered by the official propaganda media. But it is a different story with the heroes of the officially non-existent ground war. The news about such heroic deeds remains the news of the regional media sources and commemorative children’s matinees at schools.

This publication was prepared on the basis of an OSINT-investigation by InformNapalm volunteer intelligence community. Written by Victory Krm and Anton Pavlushko,  translated by Oleksandr Vovchenko, edited by Max Alginin

No Responses to “Hero hidden from public: artillery officer from Tatarstan awarded hero distinction in secret”