Information warfare, plans for the NATO summit in Warsaw and massive military drills code-named Anaconda – highlights of the the 9-th Kyiv Security Forum 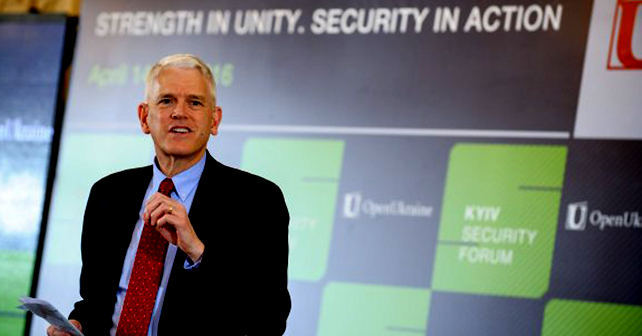 On April 14, 2016 the two-day ninth Security Forum, organized by the Arseniy Yatsenyuk Open Ukraine Foundation started in Kyiv. More than 400 international and Ukrainian leaders, representatives of political, business and social circles from more than 20 countries around the world came together to discuss global security trends and challenges in contemporary international relations.

Representatives of the InformNapalm international volunteer community and our partners from the “Prometheus” security environment research center also attended this international event.

This year, the main topic of the forum was the situation in Ukraine and at its borders, its origins and possible consequences for the state, region, Europe and even the world at large. Ukrainian and international experts offered their forecasts of future scenarios and their consequences, as well as gave expert advice on building stability and security for Europe and its neighboring regions in the future.

For the readers of InformNapalm, we are highlighting the key messages from the speakers of the the 9-th Kyiv Security Forum, revealing the pattern of the current international approaches to assessing and addressing of global security crises”.

Read more: Representatives of NATO, the US and the UK made important statements during the 9-th Kyiv Security Forum

Nicolas Tenzer, the President of the Center for Study and Research for Political Decisions (France):

“The democratic world should form their own agenda of information warfare, not just respond to the ones imposed by Russia. Putin’s Russia is lying, presenting some facts that have nothing to do with reality. And then we have to sort out all this false information. One example was the announcement that Russia fought against ISIS. But Russia was not actually fighting against ISIS, it was just supporting the Assad regime. And we have to refute and explain it. We must distribute our own discourse, our own vision of reality and our own values and our own truth as well… It is very important not to let Russia set an information agenda. Because actually we are trying to respond to Russia, often without offering our own vision of the world or reality”.

Michał Boni, MEP, Minister of Administration and Digitization of Poland in 2011-2013: 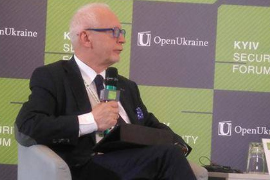 “The Ukrainian government has decided to develop a new strategy for cybersecurity and is now patching up weaknesses on this front. What is a true strategy? In my opinion, it is, above all, a comprehensive legal framework, which should be as close to the European basis as possible and work in concert with NATO institutions. Ukraine, like many other countries, is now facing cyber threats of information warfare. But the risks for Ukraine are even bigger, precisely because of the ongoing war and the Russian aggression. There is an EU directive on information security. I think that the relevant Ukrainian documents must accord with that document. It is also necessary to establish a partnership to ensure the cooperation between the Ukrainian and European media, to attract journalists and civil society, especially at local level, to campaigns promote cyber literacy”.

James Bezan, a shadow Defense Minister and a Member of Parliament of Canada: 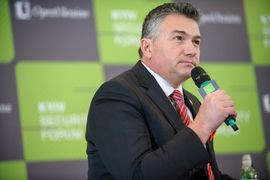 “Today some NATO-members do not want to see further expansion to the East and the opposition to Russian aggression. They do not want to strengthen the defense system, monitoring system, etc. Unfortunately, there are those who want to appease the aggressor. This, on the one hand, is our weakness, and on the other – a signal for Putin to continue aggression. With this in mind, in Warsaw there will be a tough struggle between countries who understand the aggressive ideology of Moscow and those who do not want to confront it. At the summit in Warsaw, we will discuss the Ukrainian issue, including military assistance for Ukraine. We will have to think which defensive weapons we should provide for Ukraine in order to enable it to repel the attacks in the East. We will finally have to determine that Ukrainian red line, which will force the West to be more resolute in the issue of assistance for it”.

At the summit in Wales, NATO has assumed certain obligations and now we see them in action. NATO is increasing its presence at the eastern and southern borders, developing the missile defense system, conducting training and more. At the same time, we see Russia continuing its aggressive policy against its neighbors and constantly provoking the Alliance. And we take this into account when talking about curbing its aggressive actions.” 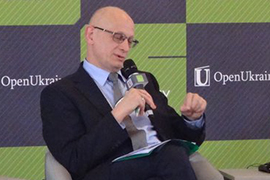 “It is planned to discuss threats to the Alliance from the Eastern and Southern flanks at the Warsaw Summit to be held in early July. Our summit will be versatile to a certain extent, particularly because we will discuss both threats from the East and from the South, analyze all security challenges emerging around our region from all sides. The President of Ukraine will be invited to the Warsaw Summit as well; he is to take part in the Ukraine-NATO Commission. NATO should change the views on the European security architecture, “move on to a more traditional way of thinking, keeping in mind the lack of security. The summit in Poland will be preceded by the massive military training “Anaconda”. More than 20 thousand military servicemen, including those from the US, will take part in these exercises.” 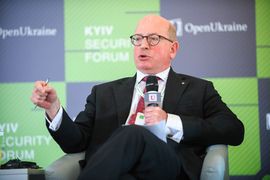 “Ukraine does not have a proper information strategy.  The only people who know oats in this issue are the people who came from the Maidan. The Ministry for Foreign Affairs of Ukraine should have played a significant role in the informational propaganda, but due to the outdated system of the agency’s work organization, diplomats cannot handle it. Foreign Minister does not understand the essence of this (information – ed.) war. The Dutch referendum, in my view, is Russia’s greatest victory in the information war after the annexation of the Crimea”.

Kyiv Security Forum is an annual international event, initiated in 2007 by the Arseniy Yatsenyuk Foundation “Open Ukraine” as a platform for debate and expertise exchange on the most pressing security issues in Europe and the Black Sea region.

No Responses to “Information warfare, plans for the NATO summit in Warsaw and massive military drills code-named Anaconda – highlights of the the 9-th Kyiv Security Forum”