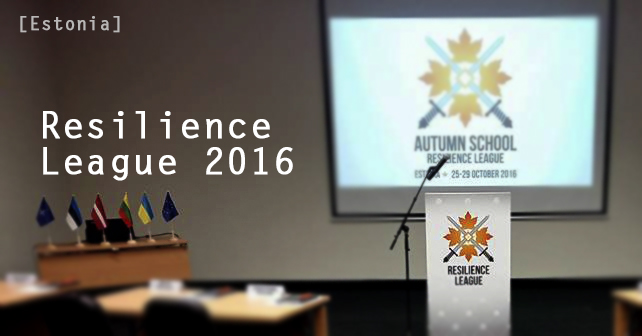 In a never-ceasing stream of investigations with a complete lack of time we have long delayed to inform you about one interesting event that is definitely worth attention of our friends and readers. Well, better late than never! All unfinished tasks should be finished, so will share this story with you today.

This invitation was not random: Ukrainians are fighting the Russian aggression literally on all fronts, and the Baltic countries are constantly targeted by the Russian propaganda. The common enemy is crystal clear, but how should we deal with this enemy in an era of hybrid war?

Among the guests of Resilience League 2016 there were public figures, political experts, military analysts and journalists – all quite well-known at home and abroad. Eric Povel, Information Officer of the Engagements Section of NATO Public Diplomacy Division, responsible for the development and implementation of information programs in Afghanistan, was the speaker who opened the autumn school. In his keynote speech he touched upon the issues of strategic communication and special aspects of countering Russia’s information and psychological operations (PSYOPS).

One of the first school guest speakers was Eugene Magda, a well-known Ukrainian political expert, journalist, historian, Director of the Bureau of Countering Hybrid War. The real surprise for autumn school attendees was the participation of Marina Kaljurand, famous Estonian politician and seasoned diplomat who used to serve as a Minister of Foreign Affairs. Another highlight of the event was a lively discussion with Thomas Jarmalavicius, Head of Studies / Research Fellow at the International Centre for Defence and Security (ICDS), a prominent expert in defense and security management well-known for his analysis of world nations’ defense capabilities. During his powerful and very convincing speech he told school attendees how military strength can be regarded as a communication tool.

Additionally, school attendees met with the President of Estonia Kersti Kaljulaid which emphasized the importance of this Baltic-Ukrainian event.

Resilience League 2016 autumn school participants enjoyed the speech of the President of Estonia Kersti Kaljulaid during her first domestic trip as a president to Narva.

Anton Pavlushko
about 2 months ago
Colonel Vytautas Reklaitis made very clear points about information warfare.
P.S. We need to have more of information regiments and such colonels!

Oleg Pokalchuk, Ukrainian social psychologist and the head of information network of the Center of Social Engineering “Identification and Analysis of Non-System Actions”; Dmytro Zolotukhin, Advisor of the Ministry of Information Policy of Ukraine; Dr. Nerijus Maliukevicius, Lecturer and Scientific researcher at Vilnius University Institute of International Relations and Political Science; Oleksandr Holubov, political columnist, DW Deutsche Welle reporter in Kyiv, and others.

Resilience League 2016 participants reviewed, analyzed and studied all key aspects of information and psychological resistance to the modern hybrid threats coming from Russia; this will certainly help to advance Baltic-Ukrainian cooperation in the field of national security to a whole new level.

Estonia met us… with snow. Of course, we had checked weather forecasts and expected it would be colder than at home, but we were rather unprepared for the first snow. Still and all, amazingly friendly atmosphere of the event helped us pass acclimatization in less than no time. 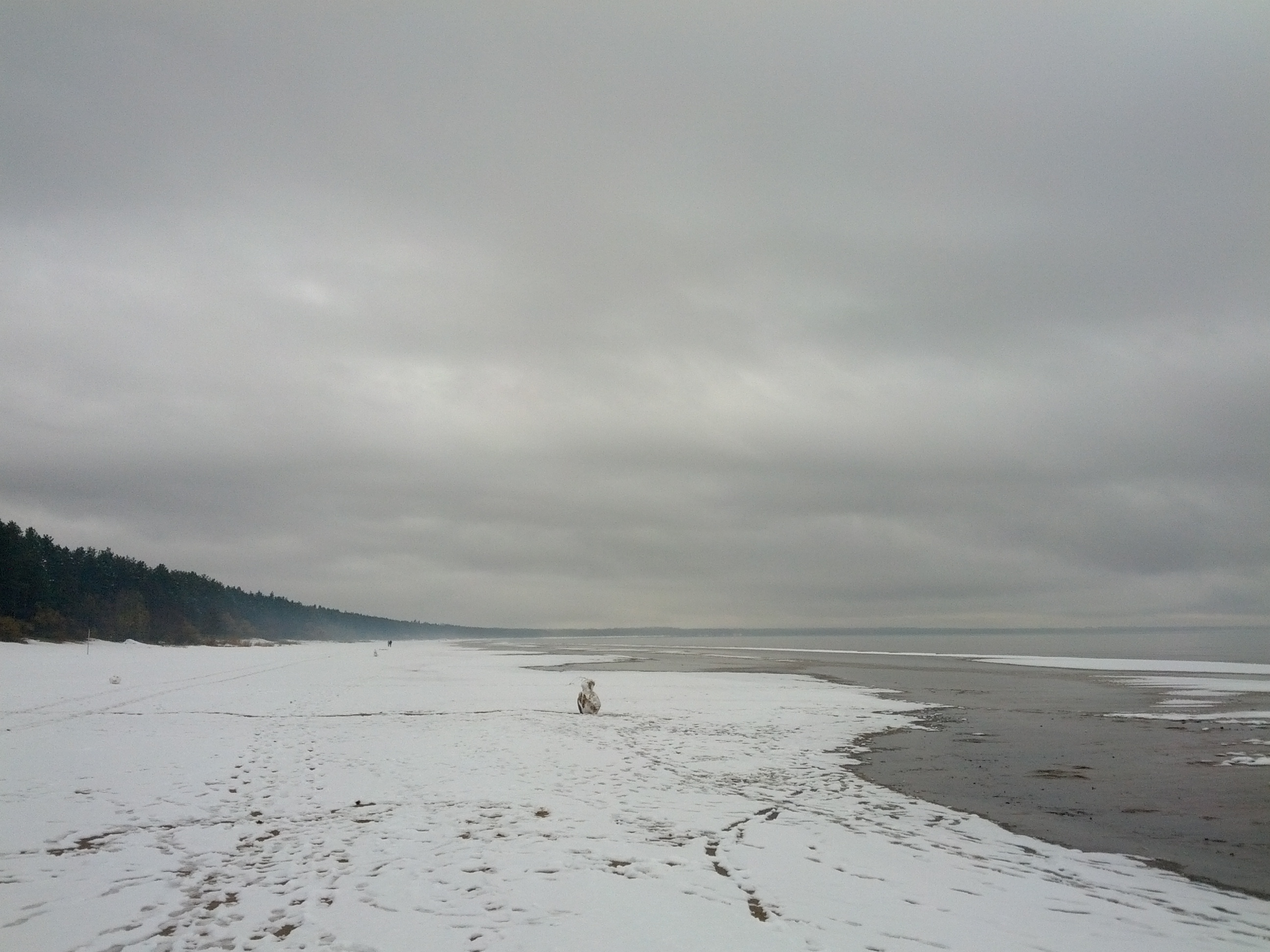 While the sun was warming up Ukraine, Estonia greeted us with the first snow 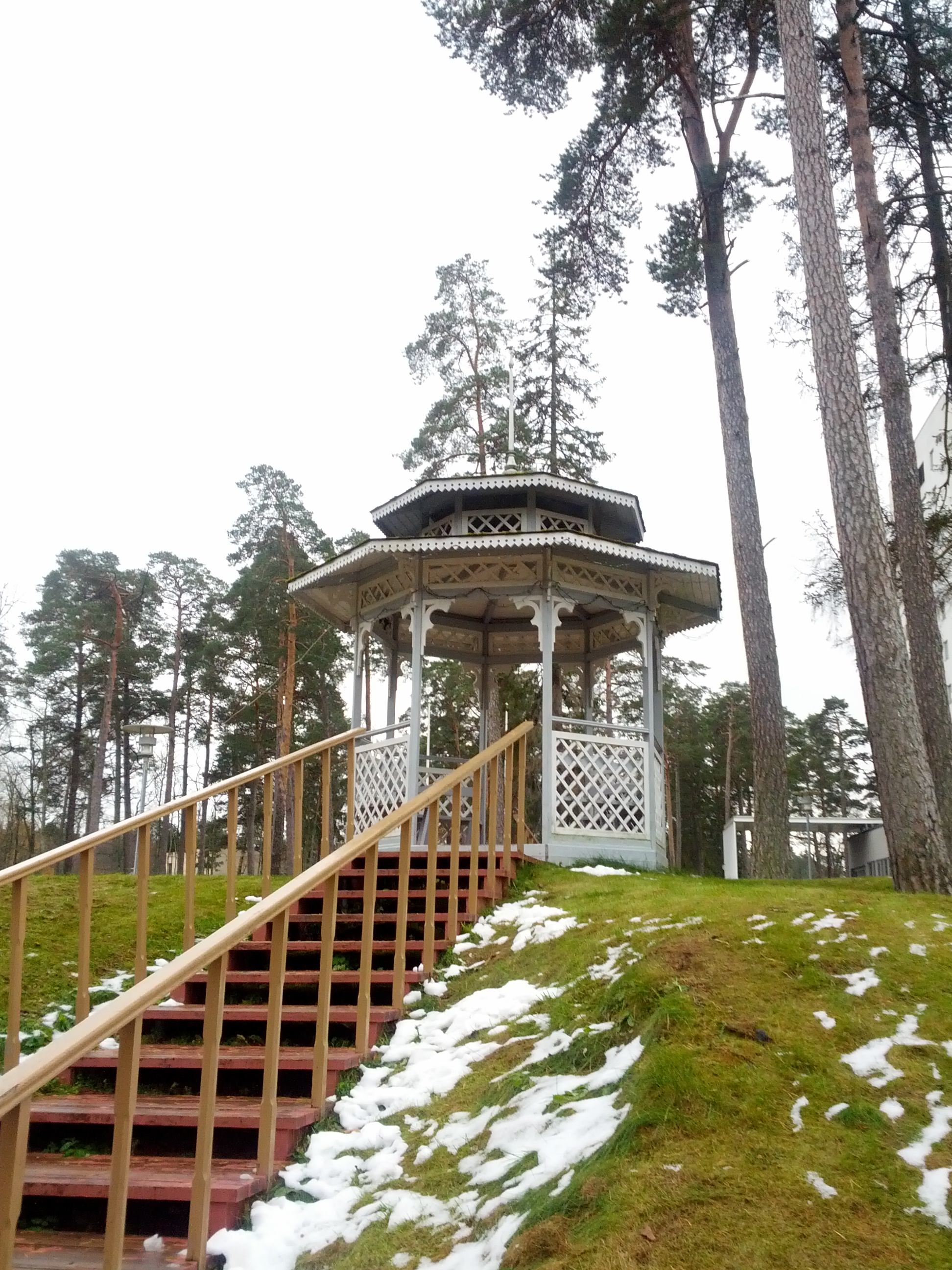 Resilience League 2016 was held in Narva-Joesuu resort town that lies at the mouth of the Narva River, 14 kilometers from the city with the same name. It is symbolic that the discussion of the main problem in the region, i.e. Russia and its view of the world, took place in a close proximity to the Russian border. Gloomy watchtowers, cleverly hidden in the woods, and bored border guards stared at us from the opposite bank of the Narva River.

Almost immediately upon arrival our delegation went exploring the local sights. We discovered the Baltic Sea: miles of perfectly flat wide beaches, the coastline reaching beyond the horizon on one side and bumping into pine-woods on the other side. Estonian nature is beautiful, and maybe we will get a chance to visit this place in warmer time of the year.

Every day during workshops we discussed different methods of the Russian propaganda and the ways to counter it. It was particularly interesting to analyze different approaches to this problem. Often we were talking about improving media literacy of the population and fostering critical thinking. That said, counter-propaganda was not completely rejected either.

The term ‘hybrid war’ could be heard often during the workshops — we discussed how to fight it and when to wait for the Russian tanks. It was also worthwhile to figure out at what stage of the conflict we are now and what we can expect in the future.

Yet, no matter how strong Russian propaganda machine may seem, it is important to understand information and psychological aspects of human behavior in such situations. Also, it was thought-provoking to look at the information as a weapon. Beside that, several cases of journalist work were presented and carefully studied by the participants. Among other things we touched upon the issue of information and news warfare going between NATO and Russia. 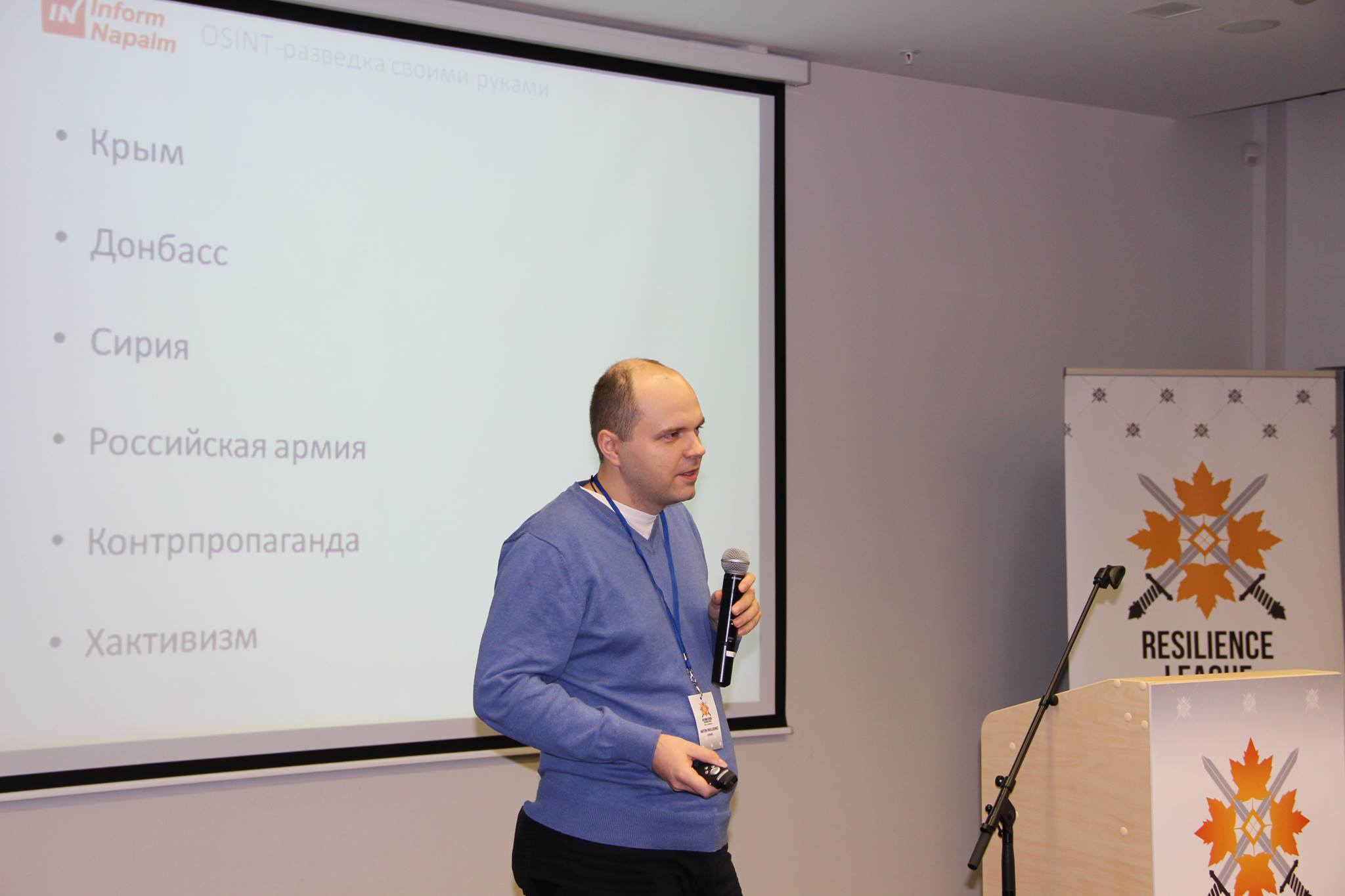 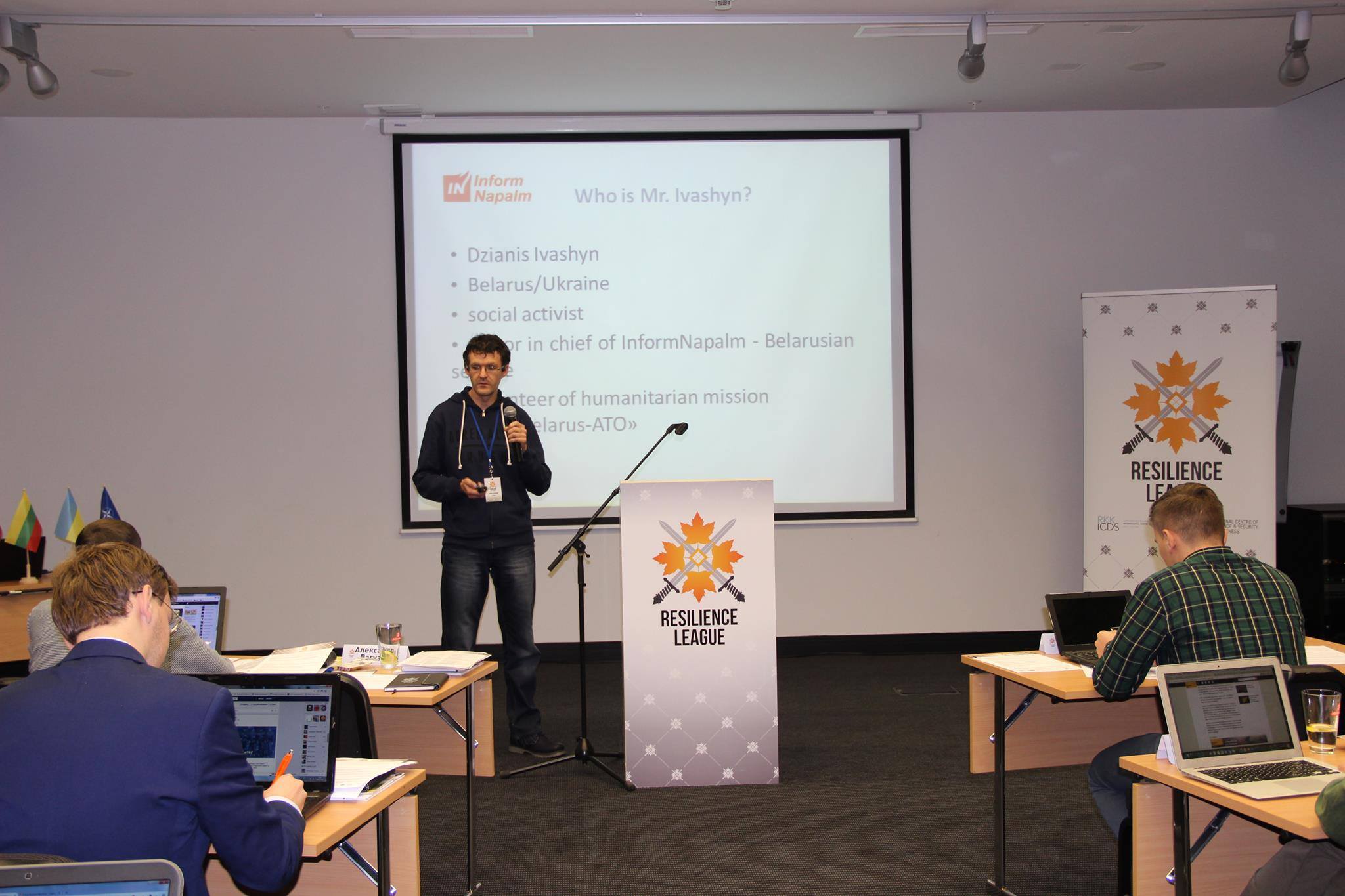 Every evening a well-known speaker would visit us and we would talk about his experience off the record. Our private discussions would last for many hours, often until late at night, and on the last day even until the morning. Perhaps, this ‘extra-curricular’ knowledge-sharing and debates gave one of the best results of the whole event.

All the discussions were led according to the rules of Chatham House, one of the oldest British think tanks. Participants had to comply with with the principle of anonymity: the authors of certain ideas or statements were not to be mentioned.

For some reason this anonymity principle caused a real storm of indignation on the part of pro-Russian potatriots in Estonia. The mouthpieces of local pro-Russian media rushed to release reports about what they acidly called ‘NATO political instructors’. Thanks to pro-Russian media a closed-door seminar in Estonian borderland miraculously turned into one of the top events of the year. We could have hardly expected to get a better Resilience League 2016 promotion. 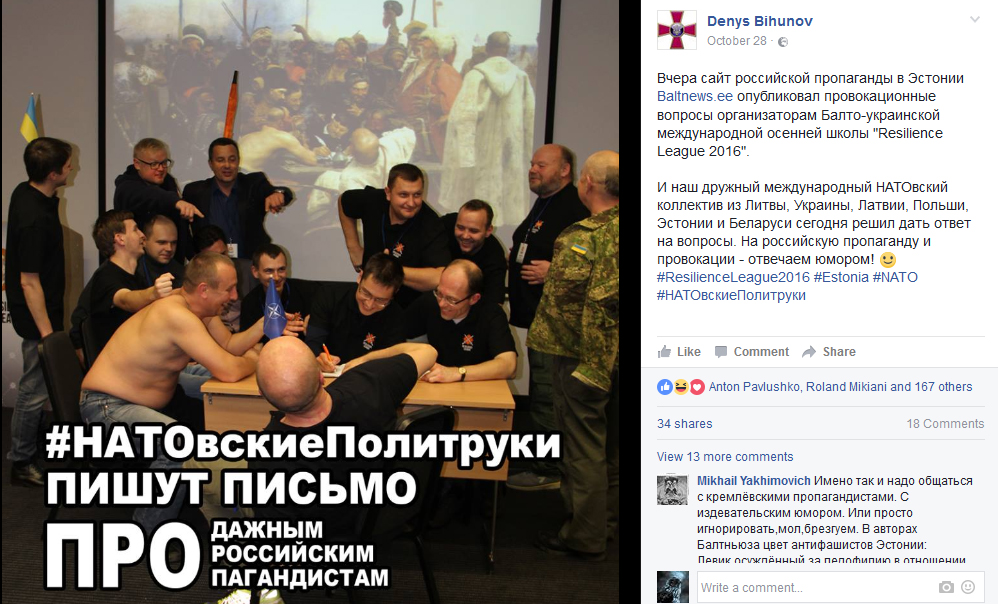 It was the first time when InformNapalm OSINT experts gave lectures during a conference, but, based on feedback from other participants, they were very rich and insightful. The initial version of our presentation had 300+ slides, several videos and numerous case studies, but we had to skip many things to fit our lecture into the allotted 4 (F.O.U.R.) hours. At first we also thought that 4 hours – it is a lot of time, but in the end we realized we had enough material to give several 4-hour lectures.

Another difficulty for us was to find a way to present the information to people who are far from the war. But we managed.

It is curious that while we were preparing for the lecture we discovered an interesting case for Estonian ********** (remember Chatham House rule!) right during the session – this example added visible realism and local touch to our presentation.

Trip to Narva and the basics of diplomacy

We were very fortunate that during Resilience League 2016 the newly elected President of Estonia Kersti Kaljulaid was touring Estonia for the first time as a President. She was in Narva when autumn school was holding sessions and Resilience League 2016 participants had a chance to listen to Kersti Kaljulaid when she addressed University of Tartus Narva College students. As laughable as it may be, but this crimeless event and the mere fact of our participation did not go unnoticed by the Russian media. According to their allegations, we diverted the discussion ‘of a peaceful nature’ to military subjects. Here we go again – ‘malicious russophobes’ encircle peaceful Russia. 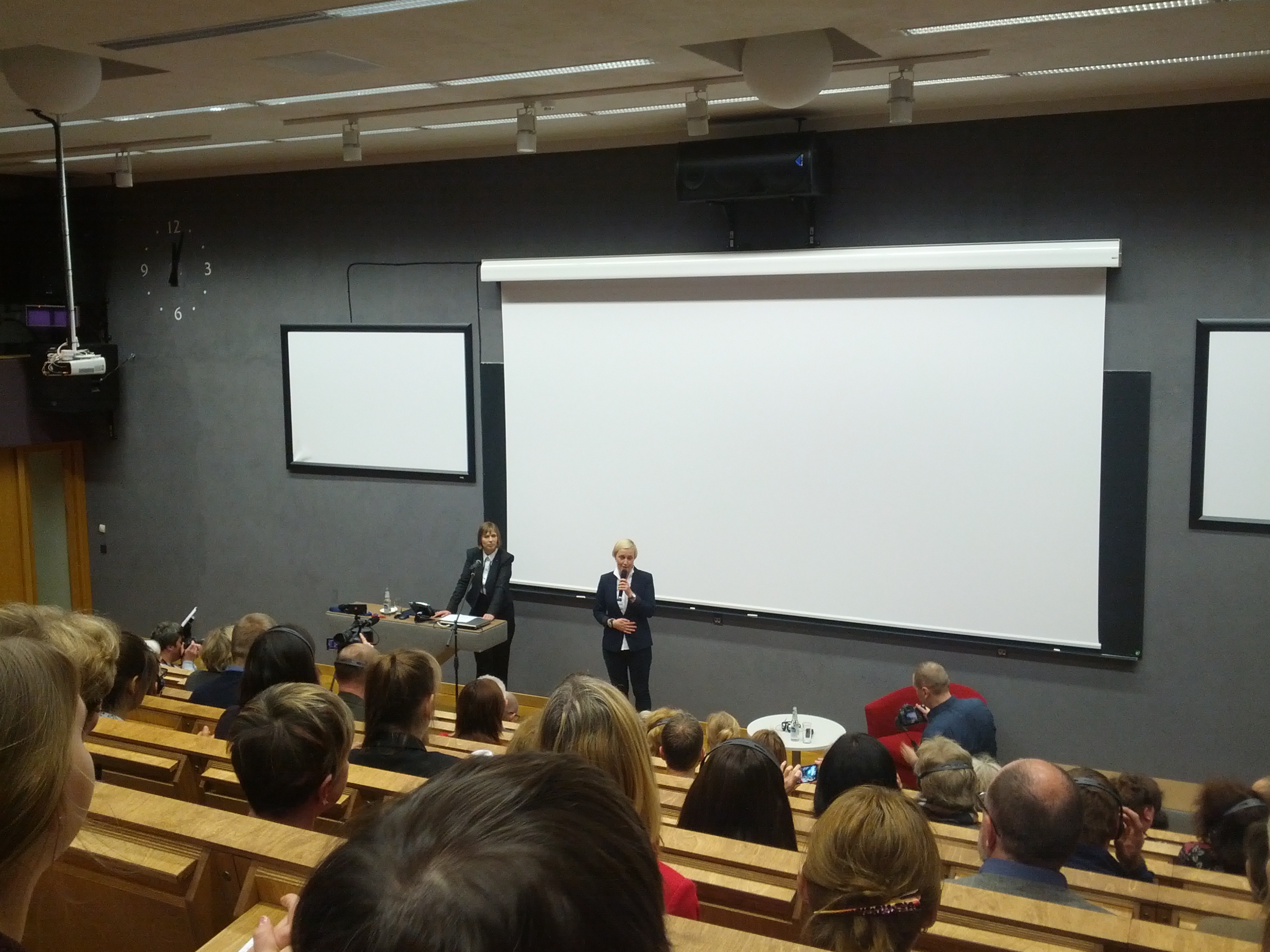 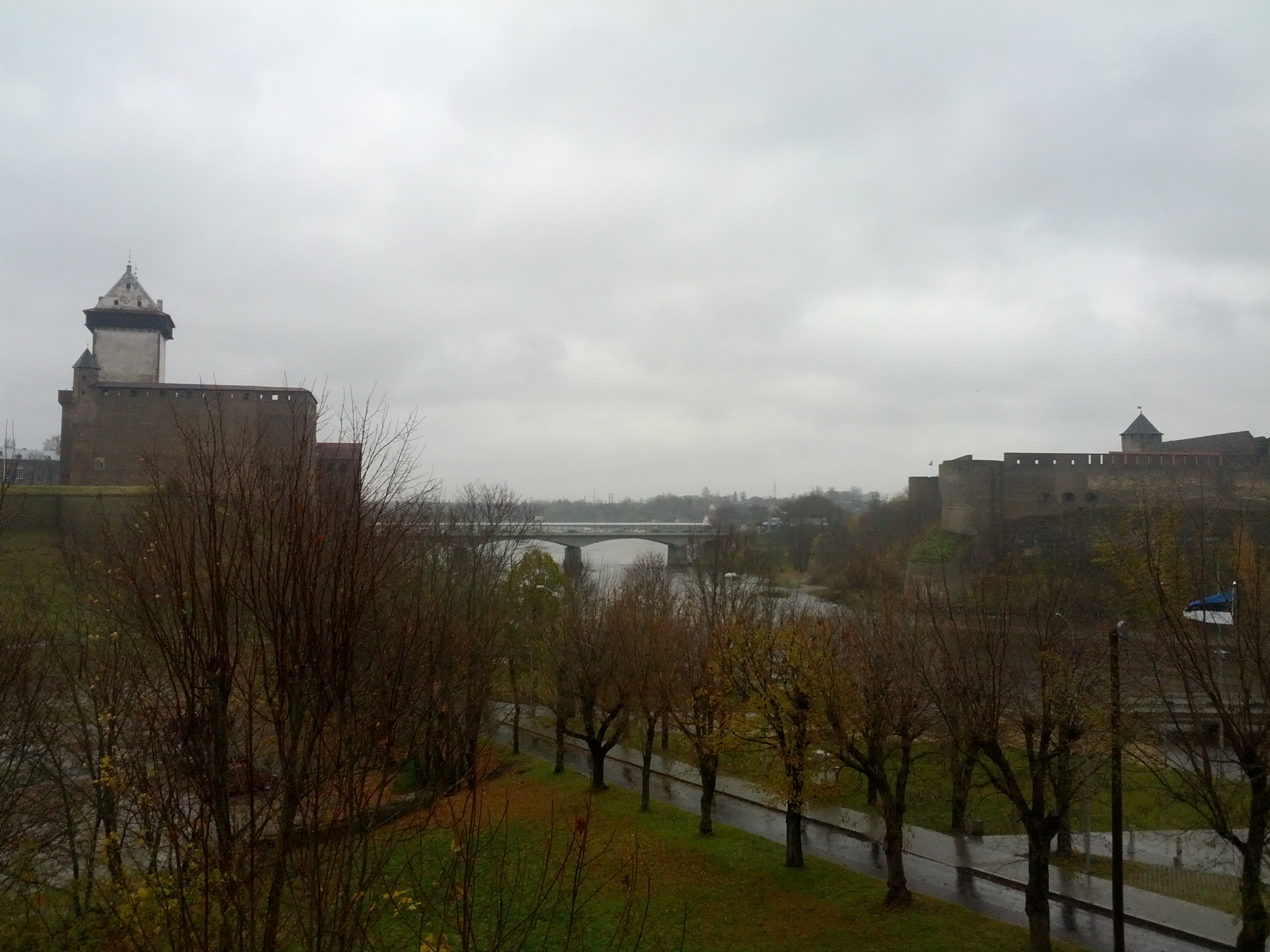 To the left – Estonian Narva, to the right – Russian Ivangorod

The logic of the Russian media never ceases to surprise: at first they happily tell everybody Russia considers the possibility to turn the world into ‘radioactive ashes’, and afterwards they wonder why neighbor nations who are still fluent in Russian take their words seriously and organize events like Resilience League 2016, trying to find a way to neutralize the Russian threat. We were not the ones who started this confrontation, yet, as one of the speakers pragmatically concluded: “We, the West, will still win, because we simply possess more resources”. If Russia wants to compete with the West on the ideological front, we should remind Russians how the Cold War ended for them. If it comes to that, we can repeat it.
Material prepared for publication by Anton Pavlushko and Denys Ivashyn

Creative Commons – Attribution 4.0 International (CC BY 4.0)
Information was specially prepared for InformNapalm.org, an active link to the authors and our project is obligatory for any reprint or further use of the material.