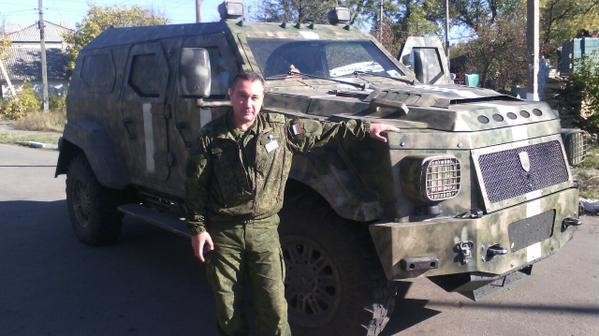 In the course of another OSINT investigation on identification of the military equipment and illegal armed formations of the so-called DPR/LPR, the InformNapalm team found a picture of the Knight XV armored vehicle on one of the propaganda pages. The photo was uploaded on August 28, 2015, and was commented as ‘wrestled away from the Ukrainian troops’. 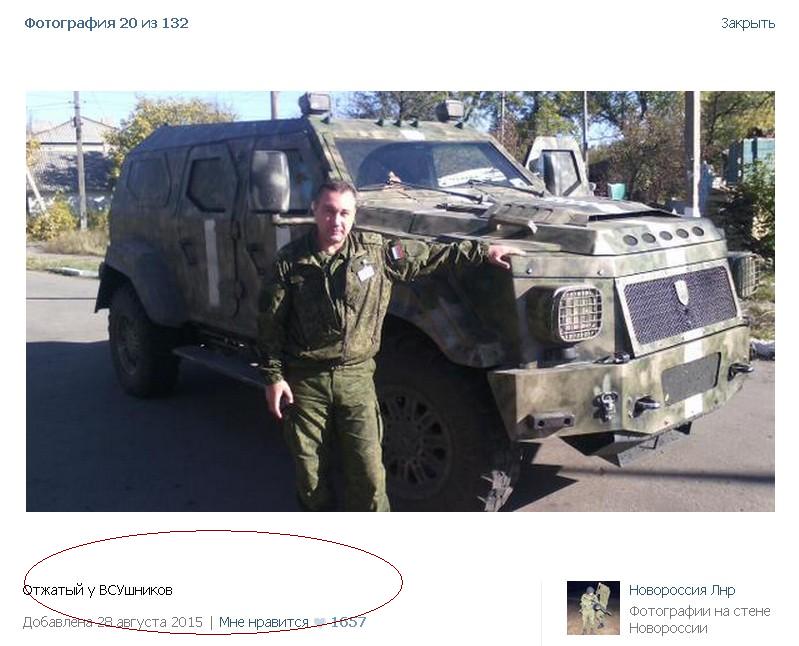 InformNapalm tracked the history of this picture and other details about this armored vehicle. As mentioned above, the picture of the captured Knight XV appeared in VK network on August 28, 2015. The same day it was mentioned in Twitter  – according to the comments the man posing in front of the car was a Russian military observer who cooperated with the OSCE mission in Donbas. Another, earlier, photo of this trophy car was found as well. It was dated by August 24, 2015, and named “Militants wrestled away the offroader of Yanukovych’s son from the Ukrainian army” and it seems to be the primary source of this news. On the same day the analysis of the vehicle car capturing was started on the Yaplakal forum – “The adventure of the Yanukovych junior’s armored car from the Ukrainian army to DPR”.

As it turned out, this Knight XV armored vehicle was in Yanukovych’s private car fleet and was one of the favorite toys of his junior son. One of the first mentionings of the painted with camouflage colors Knight XV car in service of the Ukrainian army was dated by October, 2014. According to ‘Komsomolskaya pravda v Ukraine’ [Komsomol truth in Ukraine] newspaper (with the link to ‘Viyskove telebachennya Ukraiiny’ [Army television of Ukraine]) from October 11, 2014 – Yanukvych junior’s offroader ‘fought’ in Donbas, the armored car was used for evacuation of wounded soldiers from battlefields. A day before, on October 10, 2014, the topgir.com.ua site published an article named “A general lieutenant travels ATO zone by Yanukovych’s offroader?!”, which referencing a journalist Levko STEK said the Knight XV was used as a transport for some general lieutenant Yuri Dumansky.

Note: The technical characteristics of Knight XV indicate that the car worth $500K was presented in 2008. The armored vehicle is based on Gurkha, which in its turn is based on Ford F-550 truck. The Knight XV’s armor protection can stop direct hits from AK-74 and M-16. The car weights 4.5 tons and is powered by V10 6.8 liter 400HP engine. 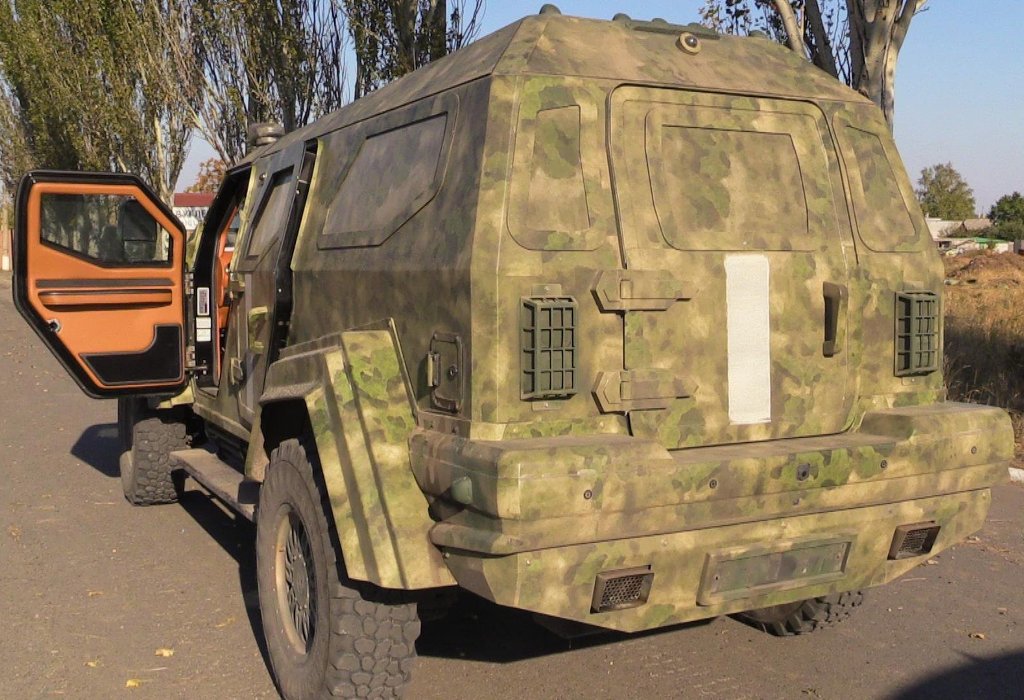 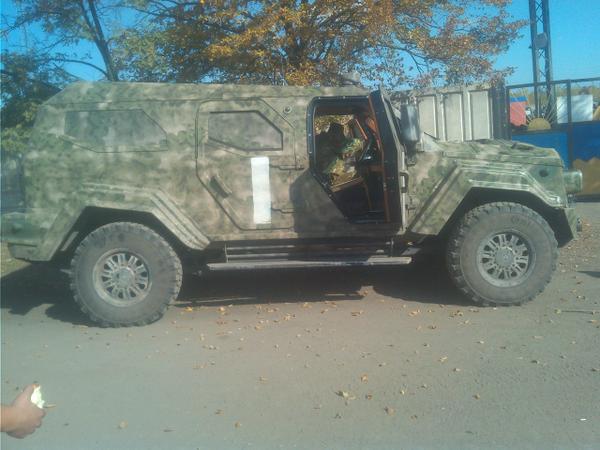 It will be recalled that this is not the only case of loss of the operational equipment, which serves now the militants. InformNapalm published “Where And When Was the ‘Fortress on Wheels’ KrAZ Armored Vehicle Lost?” story about the Ukrainian KrAZ armored vehicle on September 28. That car is also used by ‘Novorossiya’ militants now. The article was met with a mixed reception and had comments about the anti-patriotic nature of such kind of stories which target at the Ukrainian army. We consider it our duty to highlight each such fact, hoping to get answers to questions – where, when and because of whom was the equipment lost, why it went to the enemy in operational condition, and who is responsible for this?