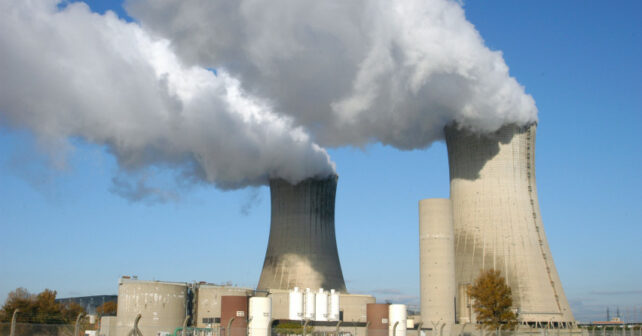 After Lithuania handed a protest note to Minsk for rushing to start the second unit of BelNPP without meeting the necessary nuclear safety requirements, the Kremlin-backed media accused the country of launching a large-scale disinformation campaign against Belarus. In November, comments by Ukrainian members of parliament were used to spread false content, discrediting Lithuania’s efforts to stop the operation of the unsafe BelNPP.

The report published by the international ENSREG mission of nuclear safety experts on the status of the Belarusian NPP at the end of November received rather little attention in the pro-Kremlin media, as only positive developments were reported and the shortcomings, noted by the experts in the report, were ignored. Articles included only the parts where formal praise for the progress made by the Belarusians since 2018 is expressed. However, this was the only information that was disseminated in the Kremlin media. The issues raised by international experts on non-compliance with safety requirements and other conditions were not mentioned at all.

Even though in November the level of disinformation against Lithuania’s position on the BelNPP has dropped slightly, the pro-Kremlin media continued to spread false and misleading articles. For example, it was claimed that Lithuania will be forced to buy electricity from the Astravets-based plant and that its attempts to stop it regionally have failed. It was also repeated that Lithuania was interfering in Belarus’ internal affairs and that the Lithuanian authorities were sowing panic about the BelNPP.

The analysis has shown that the most popular disinformation narrative in November remained unchanged since October, claiming that Lithuania will not be able to fulfil its promises not to buy the energy produced by the BelNPP and to stop its exports to other countries in the region. The proliferation of this narrative was mainly influenced by the statement made by Andriy Gerus, a deputy of the Verkhovna Rada of Ukraine. Back in October he claimed that Lithuania was secretly buying electricity from Belarus, even though it had persuaded Ukraine not to buy it.

This story was developed further, only through claims of another Ukrainian MP, Vadym Rabinovich. In a post on his Facebook, he accused Lithuania and Moldova of betraying Ukraine because they buy electricity from Russia. But it should be noted that the BelNPP is not situated in Russia, but in Belarus, and Lithuania has never made any promises not to buy electricity from Russia.

Despite Lithuanian representatives denying Gerus’, this lie has taken on a life of its own in the pro-Kremlin media, as an officially confirmed fact. For example, regnum.ru columnist Andrei Safonov wrote that Belarus’s western neighbours seemed interested in resuming the dialogue, while Lithuania, although it had sworn to oppose electricity from BelNPP “until they die”, supposedly gave in after the first autumn frosts.

However, the biggest flow of disinformation was triggered on November 23 when Lithuanian Ministry of Foreign Affairs handed a protest note to the Belarusian Embassy in Vilnius, in response to Minsk’s plans to launch the second unit of the BelNPP by the end of this year.

In 2021, 146 articles (29.74% out of the 491 publications examined) contained misleading and false information against Lithuania’s position on BelNPP. Of these, 78.1% were in Russian and 21.9% in Lithuanian. Cont.ws, sputniknews.lt and tehnowar.ru published the highest number of articles (11%, 7.5% and 7.5% respectively). Meanwhile, ria.ru, gazeta.ru and rt.ru shared more than two thirds of the total potential contact audience (51.7%, 8.2% and 6.8% of the total number of articles respectively).