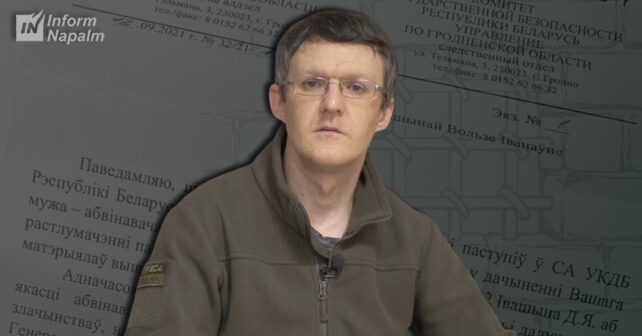 As of September 20, the volunteer of the international community InformNapalm, a Belarusian journalist  Denis (Dzianis) Ivashyn, has been held in detention for 192 days. On March 12, 2021, officers of the Belarusian KGB detained him and took him to an unknown location. Later it was found that Ivashyn was sent to the detention center in the city of Grodno. The formal reason for the detainment was a charge under article 365 (interference with police activities). 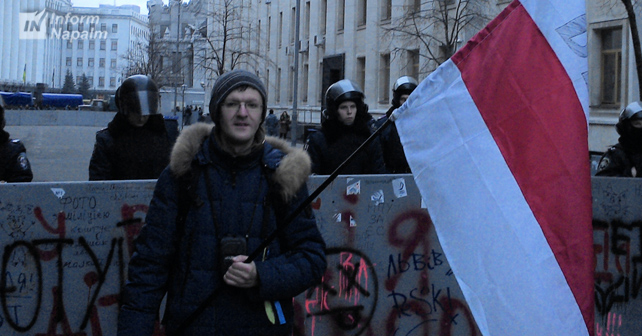 Just before the detainment, Denys published an investigation at the media Novy Chas that told a story of former officers of the “Berkut,” a disbanded unit of the Ukrainian riot police, who escaped Ukraine and went to serve the regime of Lukashenko in Belarus. This investigation was based on open sources, and the journalist did not violate any laws. However, former officers of the Ukrainian law enforcement, now in service to the Lukashenko regime, decided to take revenge and put Denys Ivashyn behind bars. After more than half a year, they still haven’t found adequate evidence of Denys’ guilt, and article 365 only allows the pre-trial detention for no longer than six months. The period of 6 months has long passed, but the journalist has not been released, and the trial has not happened.

We know that during these 192 days, Denys faced repeated psychological pressure. Only the first few interrogations were conducted according to legal procedures. Later, Denys was called up for interrogations without the presence of his lawyer, which constituted a violation of his rights. Investigators also tried to force Denys to sign a statement where he would admit to his alleged “guilt.” However, the journalist insists that he did not commit any crime and, therefore, there is nothing to confess about. According to the official website of the Belarusian Association of Journalists, the investigators decided to charge Ivashyn of yet another crime in order to be able to keep the innocent person at the detention center. The new charge is believed to be “more severe,” however, the specifics are still unknown since the law enforcement is not answering direct questions and keeps stalling. We only know that the new charge allows to keep the accused in pre-trial detention for almost nine months. 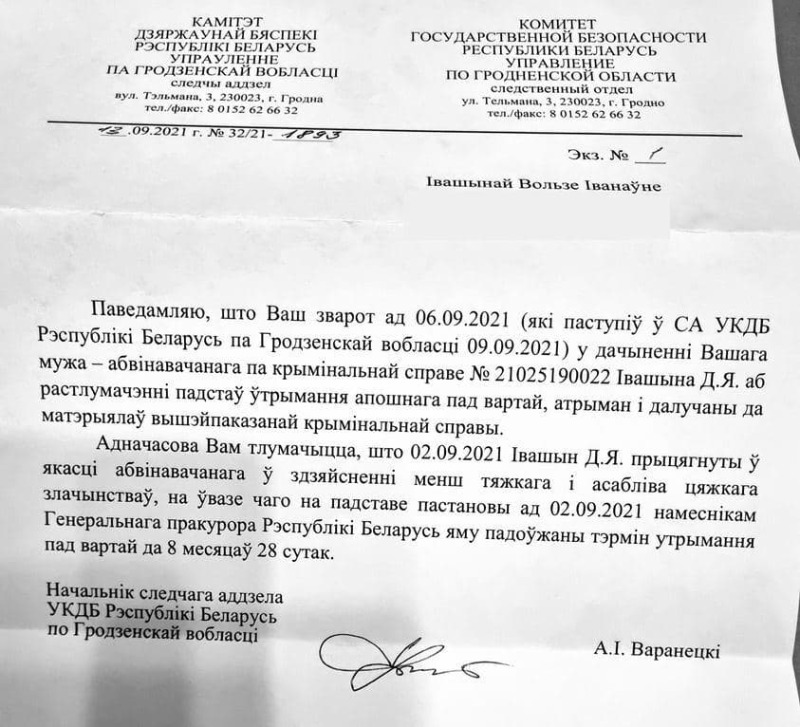 The informational campaign, demanding the release of politically persecuted Belarusian journalists, continues. Journalist Denys Ivashyn is not the only victim who became a political prisoner of the Lukashenko system and the law enforcement services that serve it. Unfortunately, expressions of “deep concern” and public condemnation from Ukraine, the European Union, and the United States are not a serious enough precondition for the release of political prisoners in Belarus. Multiple violations of human rights and the rights of journalists in Belarus should result in the strengthening of sanctions against the Lukashenko regime, active negotiations with demands to release political prisoners, focus on each and every case of political persecution in combination with a multifaceted approach. The Lukashenko regime relies on financial and institutional support from Russia, which in the meantime is further integrating Belarus into the “union state.” This is a de-facto extension of Russia’s policy of hybrid occupation of territories of neighboring states. Therefore, the strengthening of the sanction pressure has to be applied to the Putin regime as well because it is the true beneficiary of the authoritarian terror and suppression of democratic aspirations in Belarus. Putin and his closest circle should not be able to hide behind Lukashenko’s back and to use him as a live shield and a lightning rod to avoid sanctions for his hybrid aggression against the EU states. The West should realize that the Lukashenko regime enables Russia with additional capabilities for military or hybrid invasion into the European state because Russia receives access to Belarusian airbases, training camps, and military infrastructure.