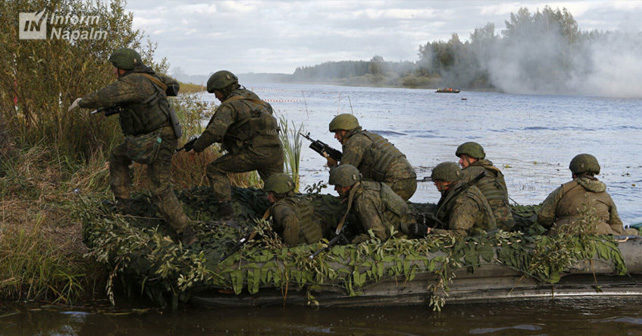 We present the review of the situation in the occupied part of the Ukrainian Donbas and in the information space around COVID-19, which was published by the Ukrainskyi Tyzhden magazine on July 24, 2020. The review was prepared by Roman Burko, the founder of the InformNapalm international volunteer community. You can also send to the author via Facebook important information and insights from the occupied territories of Crimea and the Donbas, which could be used in future reviews.

Why does Russia continue to “flex its muscles” near Ukraine’s borders?

The previous review covered Russia’s military and media aggression, as well as the attempts by Russian hackers to steal data and hinder the development of the COVID-19 vaccine. Meanwhile, we are seeing the escalation of the scandal over the alleged involvement of the Russian intelligence agencies and the government in financing of terrorism, namely the bounty to Taliban militants for killing of US troops in Afghanistan. A former US State Department Special Representative for Ukraine Kurt Volker called the latest case of Russian intervention to be one of the many in recent years that justify further strengthening of sanctions. If new sanctions are imposed, they could affect Russian President Vladimir Putin personally, based on the bill, which has been introduced in the US Senate.

Meanwhile, Putin has continued to “flex muscles” near Ukraine’s borders. On July 17, on the sixth anniversary of the terrorist attack against Flight MH17, which was shot down by a missile launched by a Russian Buk anti-aircraft system, the President of Russia announced a surprise inspection of troops. The maneuvers involved 150,000 servicemen who took part in 50 types of exercises of various levels. Most of these were overland maneuvers, with no sanitary restrictions against the backdrop of the COVID-19 pandemic. 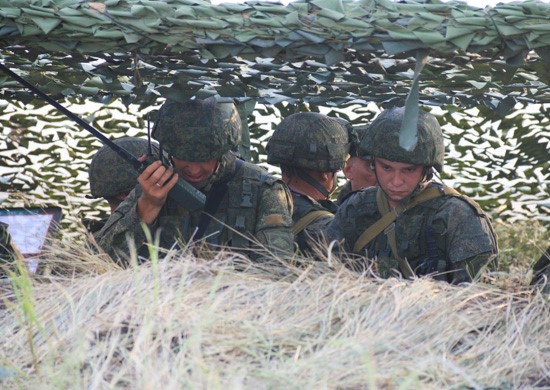 Military maneuvers in the Southern Military District of Russia. Photo: Ministry of Defense of the Russian Federation.

According to official statistics on the spread of the disease, Russia currently ranks fourth in the world in the number of COVID-19. More than 795 thousand Russians have tested positive for disease.

On July 20th, Putin was already in the occupied Crimea, where in the city of Kerch he took part in the ceremony of laying down the new Project 23900 amphibious assault ship, which is planned to enter service with the Russian Black Sea Fleet in seven years. Thus, the policy of militarization and military capacity buildup continues illegally on the occupied peninsula. The annexed Crimea now serves not only as a potential springboard for the expansion of military aggression against Ukraine, but also as a major starting point for the Syrian Express, the transfer of weapons and equipment to participate in proxy wars in the Middle East or Africa. 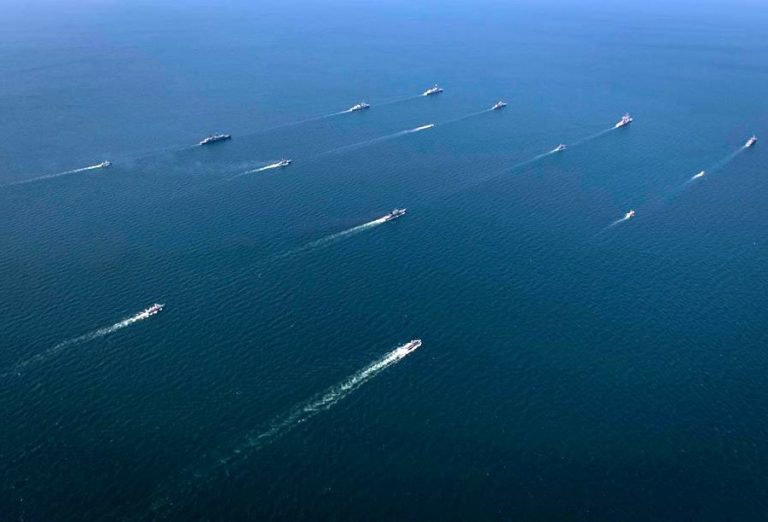 At the same time, all joint activities took place in the Black Sea and minimized personnel contacts. This is an illustrative comparison of the difference in approaches to the value of life and health. Russia professes the principle of scale, ignoring the epidemiological situation and human health. On the contrary, NATO countries, to whose standards Ukraine seeks to adhere, value the lives and health of their military personnel and seek to adjust the learning process to the realities.

And while Russia was flexing its muscles on Ukraine’s eastern borders, Ukraine and its allies also made the aggressor nervous. On July 22, US Air Force units based at air bases in Europe conducted a large-scale training as a part of the Sea Breeze 2020 exercise. F-16 fighters from the 31st Airborne Wing of the US Air Force operated in international airspace over the Black Sea. The MQ-9 Reaper drones from a military base in Poland and the MC-130J Commando II from the 352nd Wing of Special Operations also arrived in the training area. The P-8 Poseidon patrol plane arriving in the neutral waters of the Black Sea probably also embarrassed the Russian military too much, as they launched a Su-27 fighter to intercept it.

The Donbas and yet another proclamation of “truce”

While relative parity and seemingly stable security situation remain in the Black Sea, a real war continues in the Donbas, where Ukraine is fighting the insidious Russian aggression one on one. On July 22, Joint Forces Operations (JFO) Command informed BBC News Ukraine that the body of a Ukrainian military medic who had recently been killed in Donbas had been mutilated by the occupiers, who cut out some bones and tissue. This was probably done in an attempt to conceal the fact that the medic had been killed by a Russian POM-2 anti-personnel mine, which is manufactured in Russia and banned by the Ottawa Convention.

At the same time, on July 22, the official website of the President of Ukraine reported a “breakthrough in the Minsk process.” There was even the promise of a complete and comprehensive ceasefire along the demarcation line starting on July 27. Against this background, it is worth remembering that exactly a year ago, in July, such promises were made and after the first week of the “truce” the official reports of the JFO even faked the absence of shelling by the occupiers. InformNapalm volunteers then drew attention to this communication anomaly and investigated whether Russian hybrid armed groups were really firing on the positions of Ukrainian defenders. As it turned out, in the first weeks of the “truce”, the JFO reports deliberately significantly underestimated the data on enemy shelling, probably to conform with the “quick peace” line promoted by President Zelensky. Only in the fifth week of the “truce” and public coverage of the inadmissibility of underestimating the data on enemy shelling, the JFO Press Center began to provide more objective data, which corresponded to the data of international observers.

Therefore, even now, one should be very careful about the new loud statements about a “complete and comprehensive ceasefire.” The only key to peace is in Moscow, and it is too naive to hope that the aggressor will suddenly abandon his plans.

Read also previous reviews on COVID-19 in the Donbas:

Cyber-COVID-19 and MH17. Information and military aggression of Russia

Masks dropped: a large outbreak of the epidemic is expected in the occupied Donbas

COVID-19 and a parade in masks in dense rows: how the occupiers risk the health of children in the Donbas

Pandemic and coal miners’ protests in the occupied territories

Pandemic in the occupied territories and Russian diplomatic hysteria

How is the COVID-19 pandemic used in Russia and ORDLO

Pandemic in occupation: fakes and special operations around COVID-19 in the Donbas

No Responses to “Maneuvers in times of COVID-19: sudden inspection of Russian Armed Forces, Sea Breeze 2020, and war in Donbas”