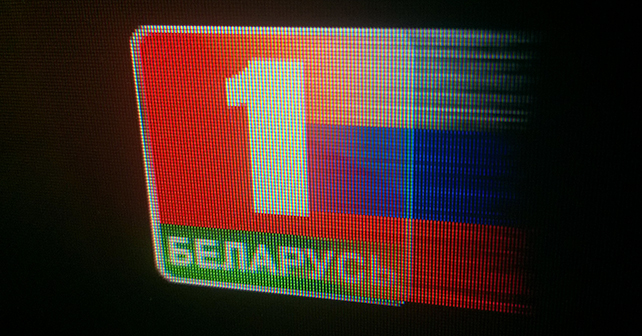 On March 6, 2017, the first channel of the Belarusian state television, Belarus 1, aired a propaganda film “A Call to a Friend” in order to discredit and demonize the leaders of the opposition protest movement, which has considerably intensified in Belarus over the past few weeks following the adoption of the anti-constitutional Decree No .3 “On Prevention of Social Parasitism” (the so-called decree “On Parasitism”) and the general deterioration of the socio-economic situation.  Characteristically, the broadcast was unscheduled, and the viewing grid was changed to fit it. 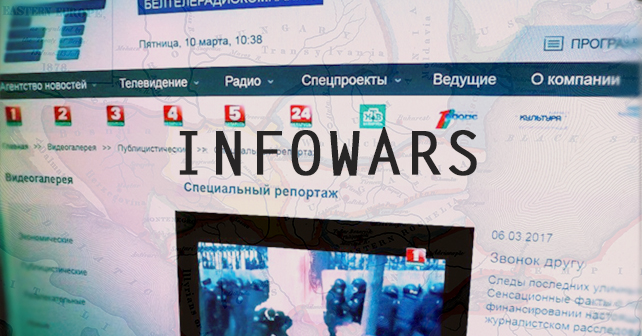 The analysis of the footage and the contents of the interview suggests that the film was made in a rush, and its creators lacked competence and professionalism. Special attention should be given to the fact of wiretapping the phones of the opposition leaders and civic activists, which directly indicates the involvement of the Belarusian special services in the filmmaking process. 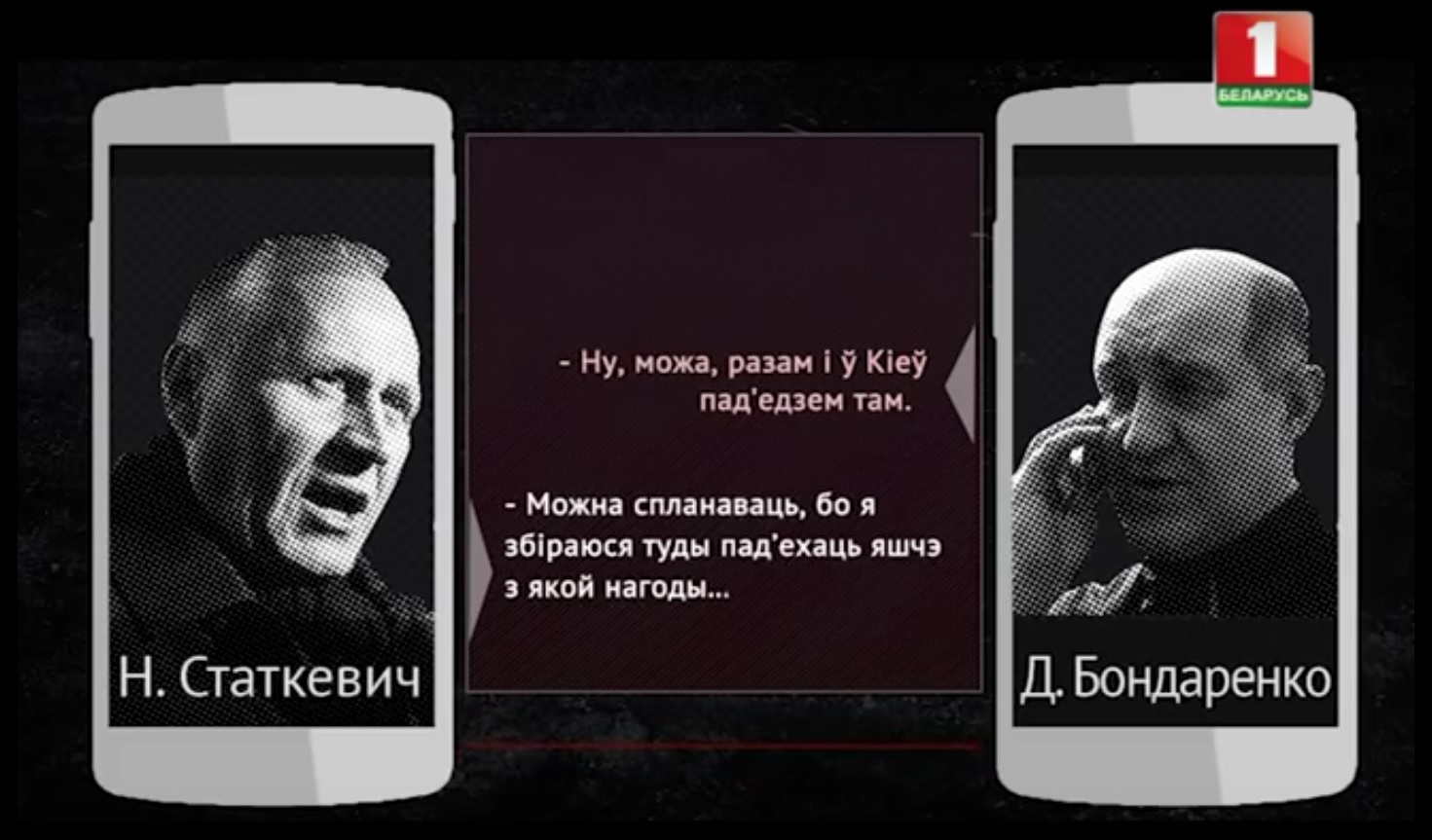 The film has a clear anti-Ukrainian propaganda character. Whereas previously the Belarusian state media mostly kept a neutral attitude to covering Ukrainian events, now they have crossed the red line. The TV screens openly poured rivers of destructive brainwashing, a method hitherto used by the Russian media killers: NTV, Russia Today, LifeNews, Vesti.RU, etc. Since this broadcast, Belarusian state television has come on par with them. 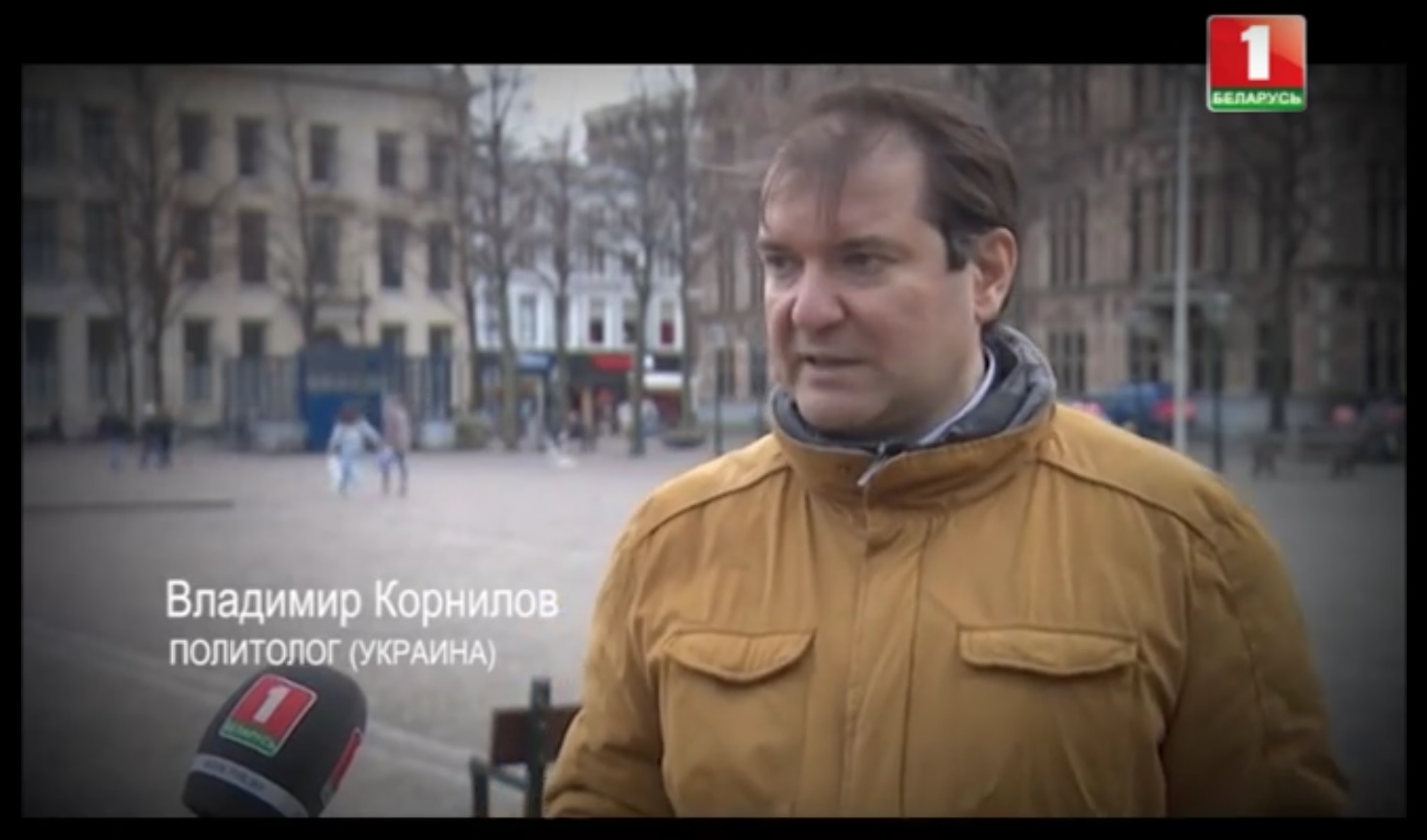 In the film, Belarusian propaganda gurus used edited video footage, fabricated facts, outright lies and manipulations slipping in interviews with several public figures and political scientists. Among whom Vladimir Kornilov deserves a special mention. According to the information available on the Myrotvorets Center website, he is a separatist and one of the inventors of the concept of the Donetsk Peoples’ Republic (DPR) and Luhansk Peoples’ Republic (LPR) terrorist entities. Before that, back in 2006, he was involved  in the agitprop project of a proposed referendum on the establishment of the “Donetsk Federal Republic” that was managed by the “Donetsk Republic” separatist group. Presumably, due to his actions infringing on the territorial integrity of Ukraine, he had to flee Ukraine and, according to the Myrotvorets website, now lives in the Netherlands. 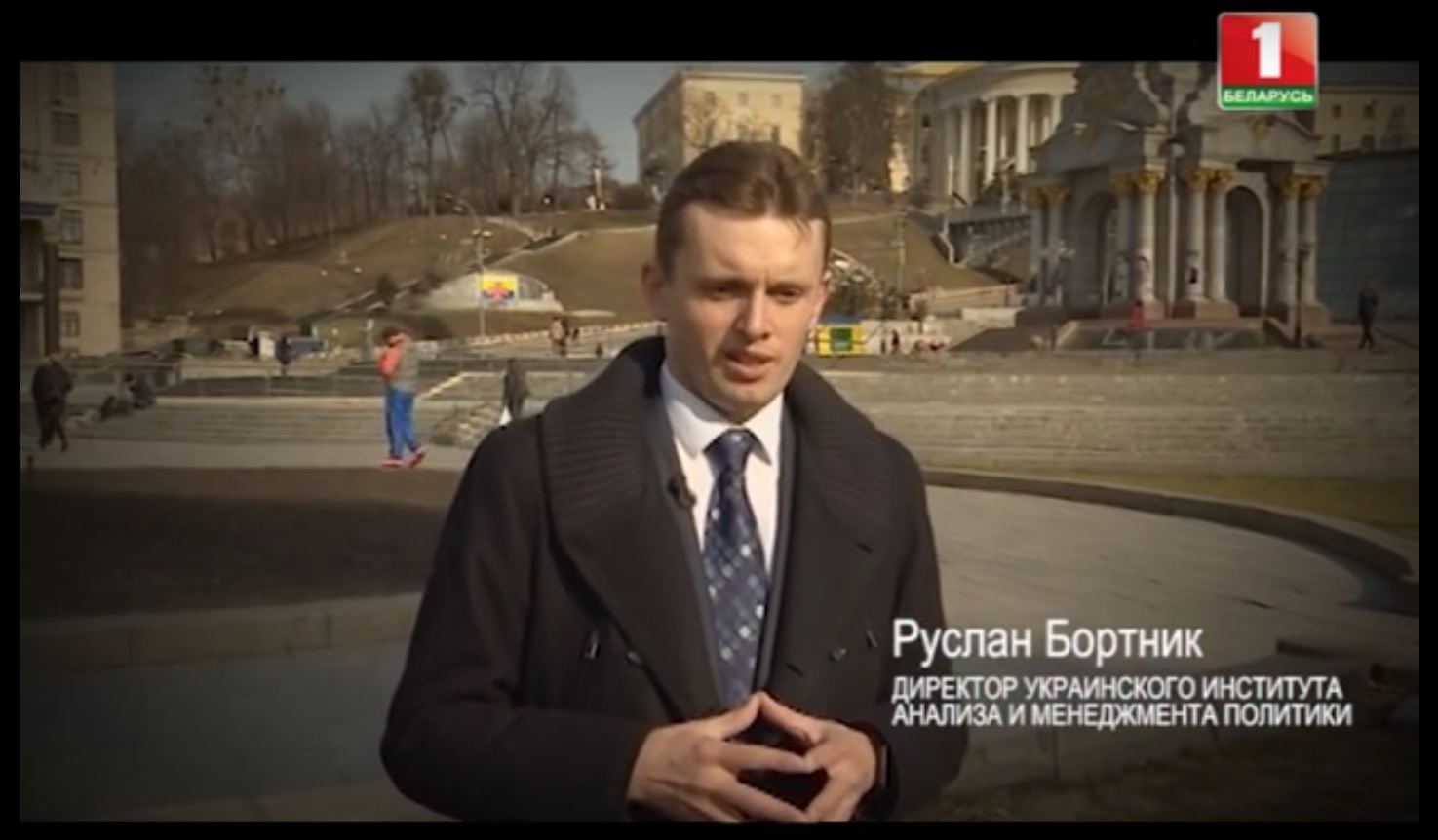 The film also features interviews with Kostyantyn (Kost) Bondarenko, political scientist and head of the Ukrainian Politics Foundation (фонд “Українська політика”), who in 2010–2011 was Serhiy Tyhypko’s deputy in his Strong Ukraine (Сильна Україна) political party, and with Ruslan Bortnik, director of the Ukrainian Institute for Policy Analysis and Management (Український інститут аналізу та менеджменту політики). According to a renowned journalist and Espresso TV presenter Bohdan Butkevytch, Bondarenko and Bortnik directly cooperate with Viktor Medvedchuk’s headquarters and support reconciliation with Russia at any cost.

Apart from them, two more individuals gave their comments: Petro Petrovsky, the person featured in the materials retrieved by Ukrainian hacktivists and containing proof of his paid-for publications, presumably for Surkov’s team, and Giedrius Grabauskas, Coordinator of Vitis, Lithuanian pro-Russian movement.

The work of the Belarusian propaganda experts abounds with cliches and methods of their senior Russian comrades. Reiterating Russian media fabrications that “a hundred people on Maidan were shot in the back” and that “the Heavenly Hundred were shot in the back by their fellow protesters,” they desecrate the memory of the Maidan heroes and mockingly call it a ritual sacrifice. 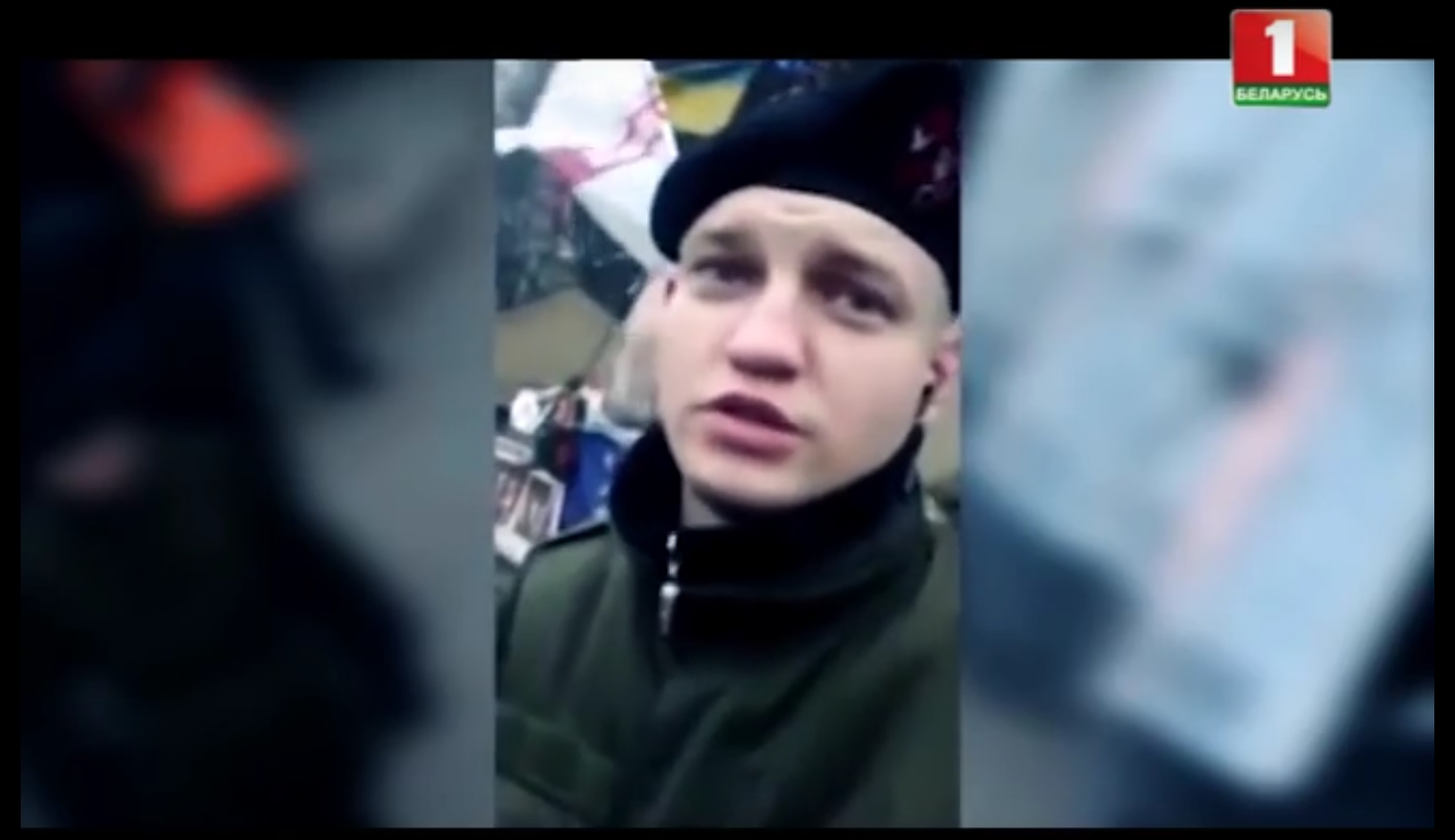 Moreover, making an excursion into the past, the Belarusian government propagandists credited UPA fighters with mass executions at the Babiy Yar and punitive operations in Belarus, and Ukrainian nationalists with taking part in destroying Khatyn. 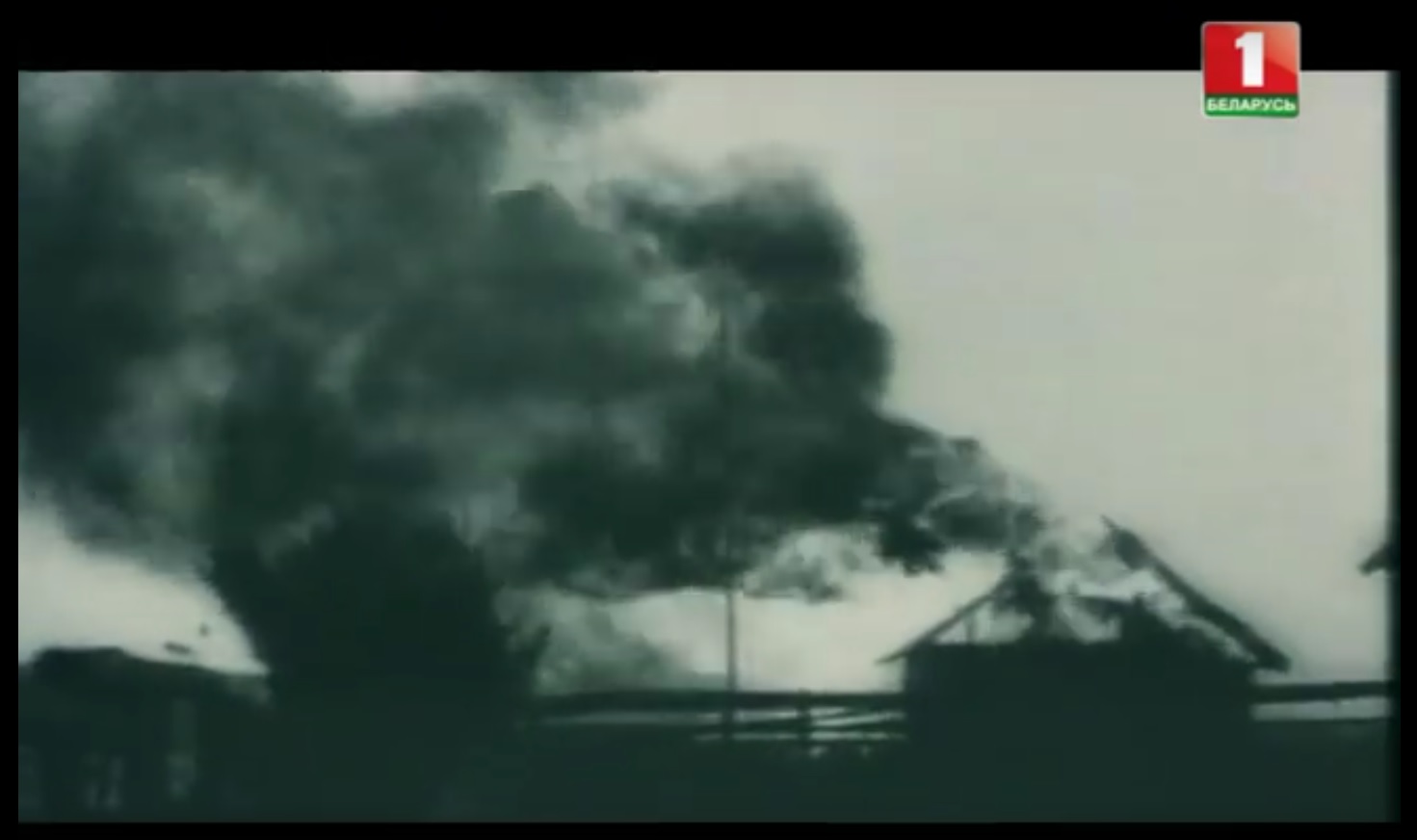 The Belarusian authorities, while proclaiming their neutral position with respect to the Russian-Ukrainian conflict and providing a venue for the Minsk negotiation process, actually act for the aggressor. Such brainwashing, cultivating the demonical and hostile image of the Revolution of Dignity and of Ukraine in general is nothing short of a conscious act of aggression.

According to the film’s concept, Maidan is the main cause for the loss of Crimea and the war in the East of Ukraine, while the Russian military aggression is not mentioned at all.

We intentionally waited a few days, hoping to hear the official statement of the Ukrainian authorities on this act of information aggression. Since we’ve got no response and no reaction to the film, we have to ask the Foreign Ministry of Ukraine, MPs and members of the public to respond to it. We ask them to give their opinion on the organized joint actions of the Belarusian state media and security services. We demand to officially bring to justice those who opened the new information front of Moscow against Ukraine, trying to complicate the Belarusian-Ukrainian relations.

We encourage our readers to actively share our publications on social networks.