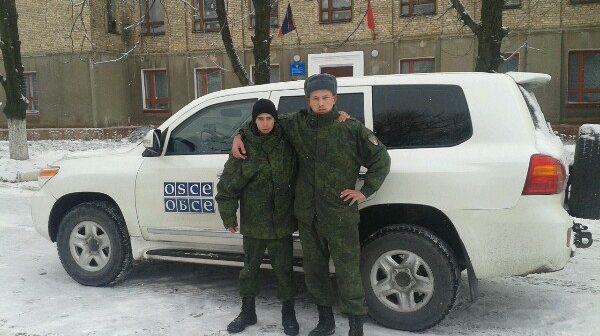 InformNapalm volunteer intelligence community identified another base of the Russian occupation forces in Ukraine on the premises of Horlivka care home.

There is nothing more precious than human life. But war invariably brings loss, deprivation, destruction and death. Civilians living on the line of armed conflict are the first to suffer from the hostilities.

In accordance with the Minsk Protocol, the demarcation line in the East of Ukraine stretches for hundreds of kilometers, sometimes cutting through densely populated areas. Frequent violations of cease-fire and withdrawal of heavy weapons regime regularly bring the civilian population living in the vicinity of the contact line under threat. The latest example was the shelling of Avdiivka, which actually led to a humanitarian catastrophe in the city. The militants recklessly used heavy weapons firing directly from residential areas of Donetsk. Having shot another batch of artillery rounds, with a sense of accomplishment and a feeling of impunity, the militants were returning to their location.

Russian army corps in Donbas have been for a long while using public buildings and facilities as their bases and barracks, turning them into military sites, putting the civilians living nearby under a terrorist threat. In our previous publications, we covered a number of such locations:  a school in Spartak district, a boarding school in Kadiivka (formerly Stakhanov), Yenakiieve
care home, Donetsk Christian University.

Storing of ammunition on school grounds is commonplace. Hiding behind women, children and the elderly and forcing them to hide in basements is the standard tactics of the occupation forces.

Since the beginning of the armed conflict, residents of orphanages and care homes for the disabled and the elderly, being under the social protection of the state, were evacuated from the occupied parts of Donetsk and Luhansk Oblasts). Those who chose or were forced to remain on the occupied territory actually became human shields.

The same happened to the residents of Horlivka care home for elderly and disabled people. Before the war, 217 people lived there. Since the beginning of hostilities, some of them were taken to Kostyantynivka, as of November, 2015 about 50 people remained in Horlivka. 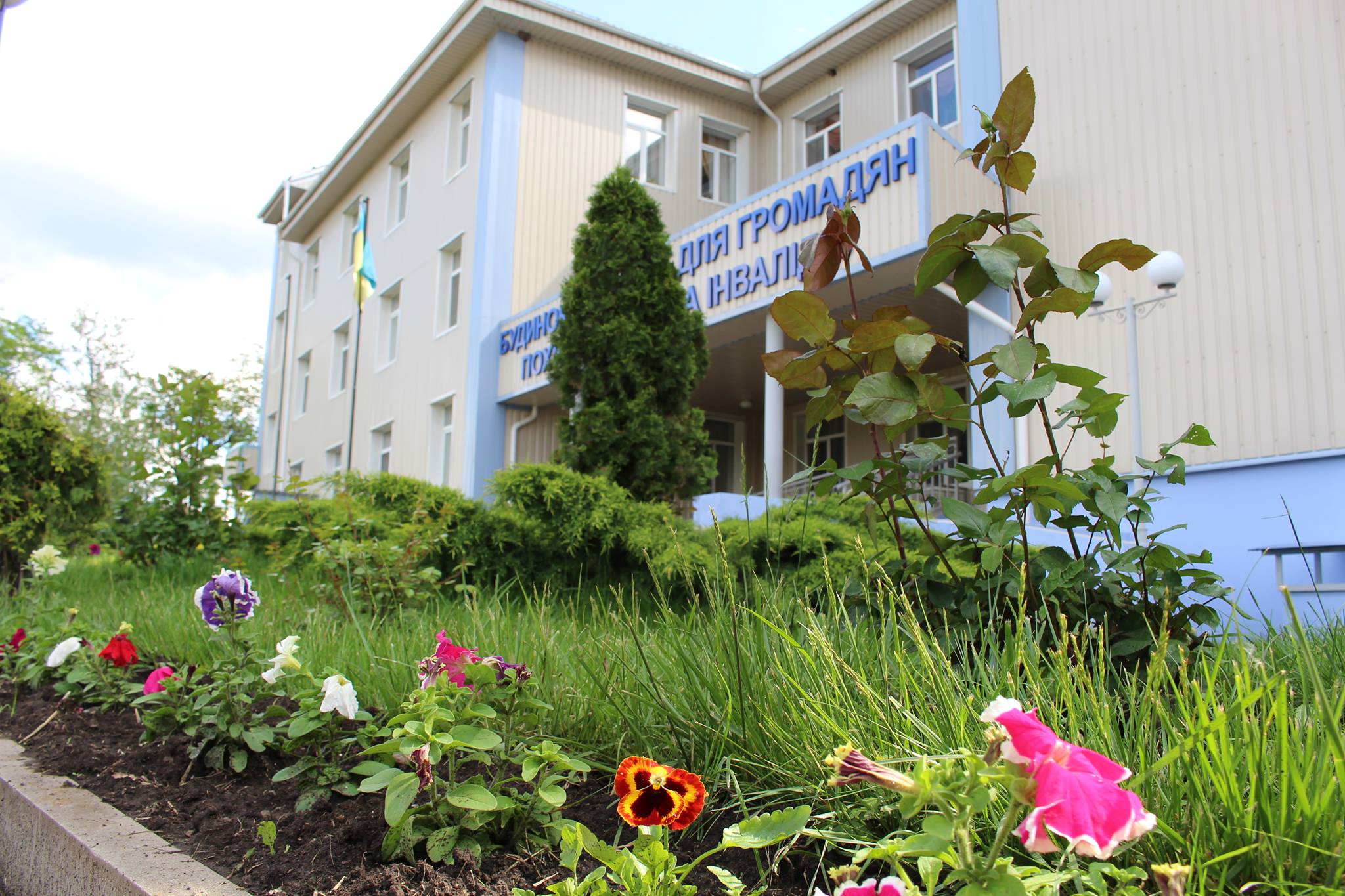 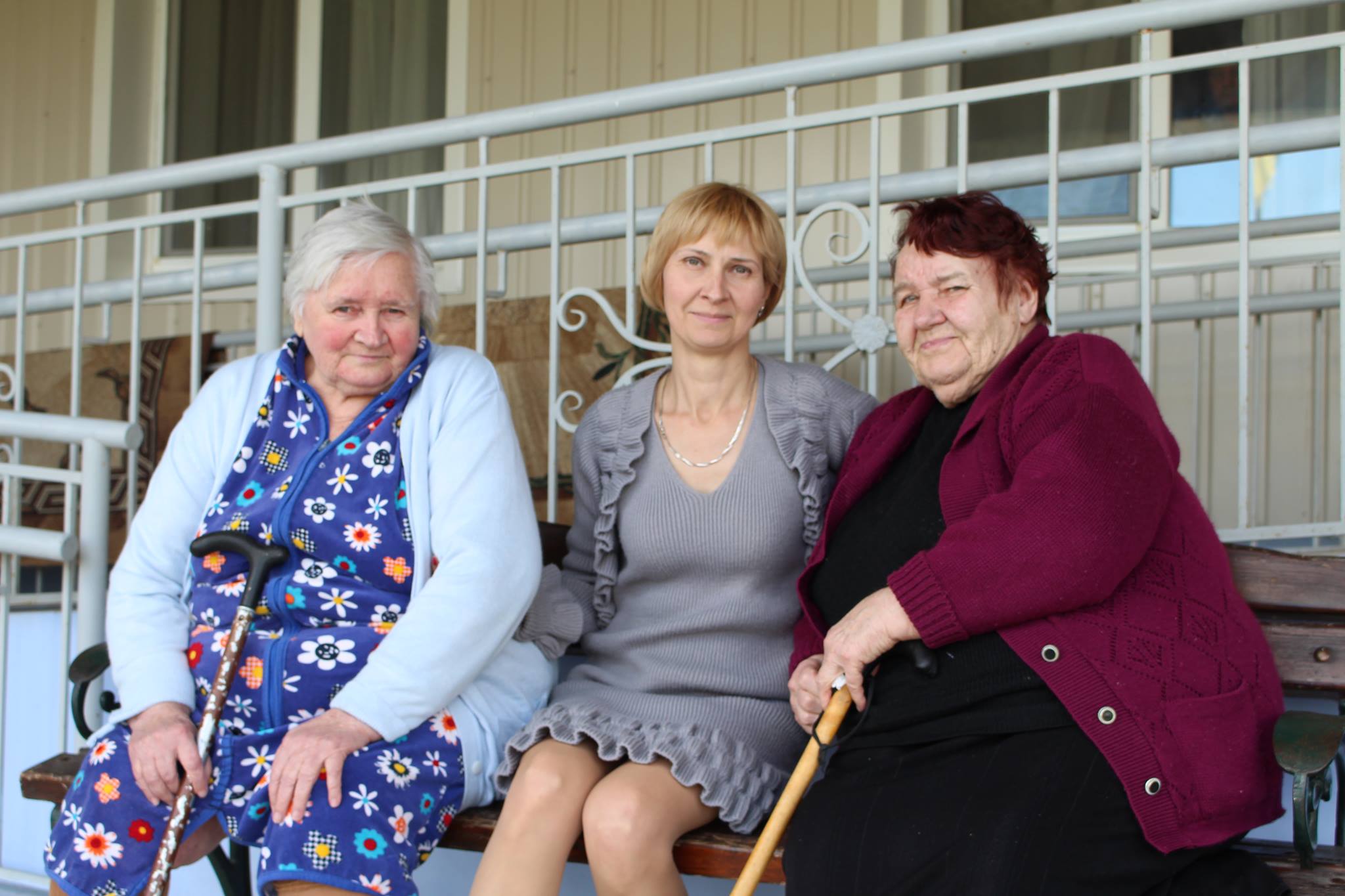 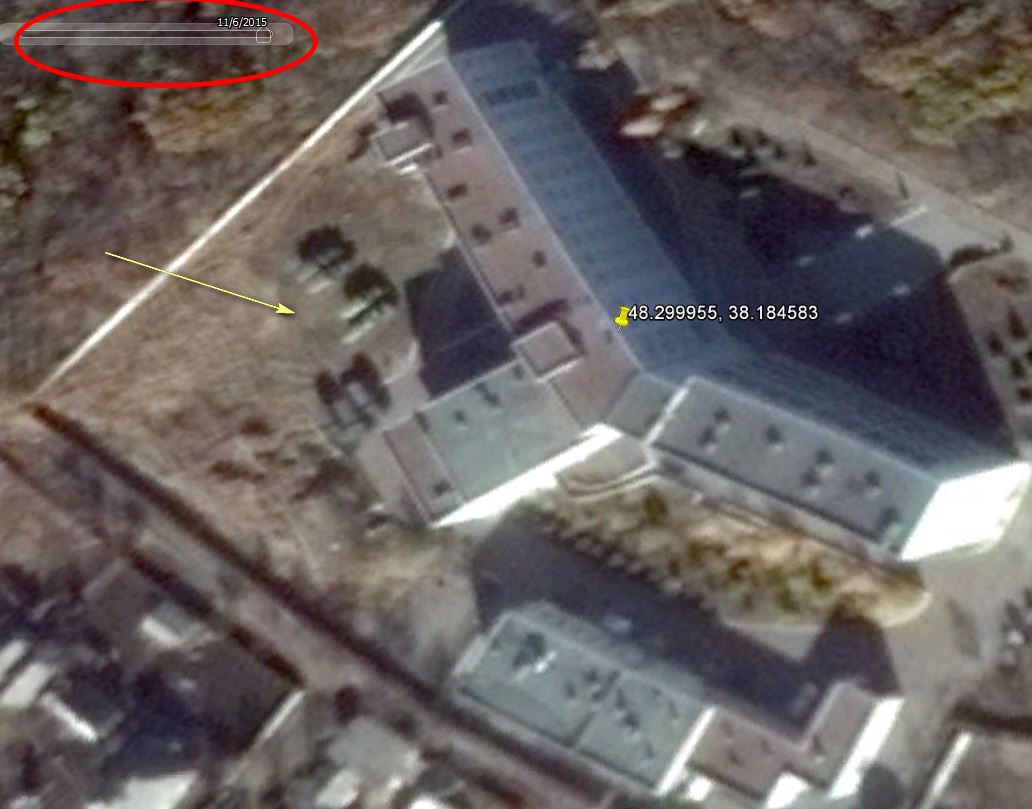 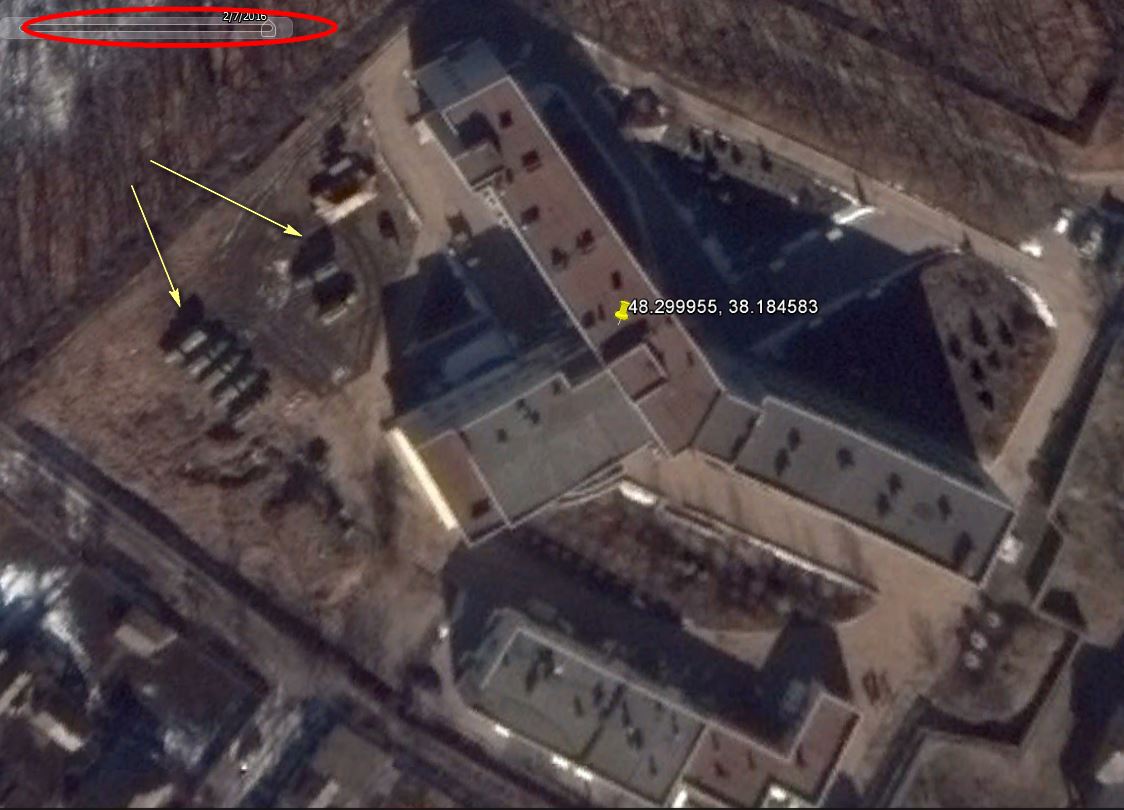 Since mid-2015, Horlivka care home became a base of Russian occupation troops, as evidenced by Google Earth satellite images (coordinates: 48.299955, 38.184583). According to the separatists’ media, during the fighting in winter 2015 the care home was damaged, a round hit the roof of the building, windows were shattered. Looking at the pictures, it becomes clear why this institution has come under fire: military trucks were frequently seen on its territory.

We remember well the sad fate of another in-patient facility – Semenivka hospital, which also came under the “protection of the Russian world”. 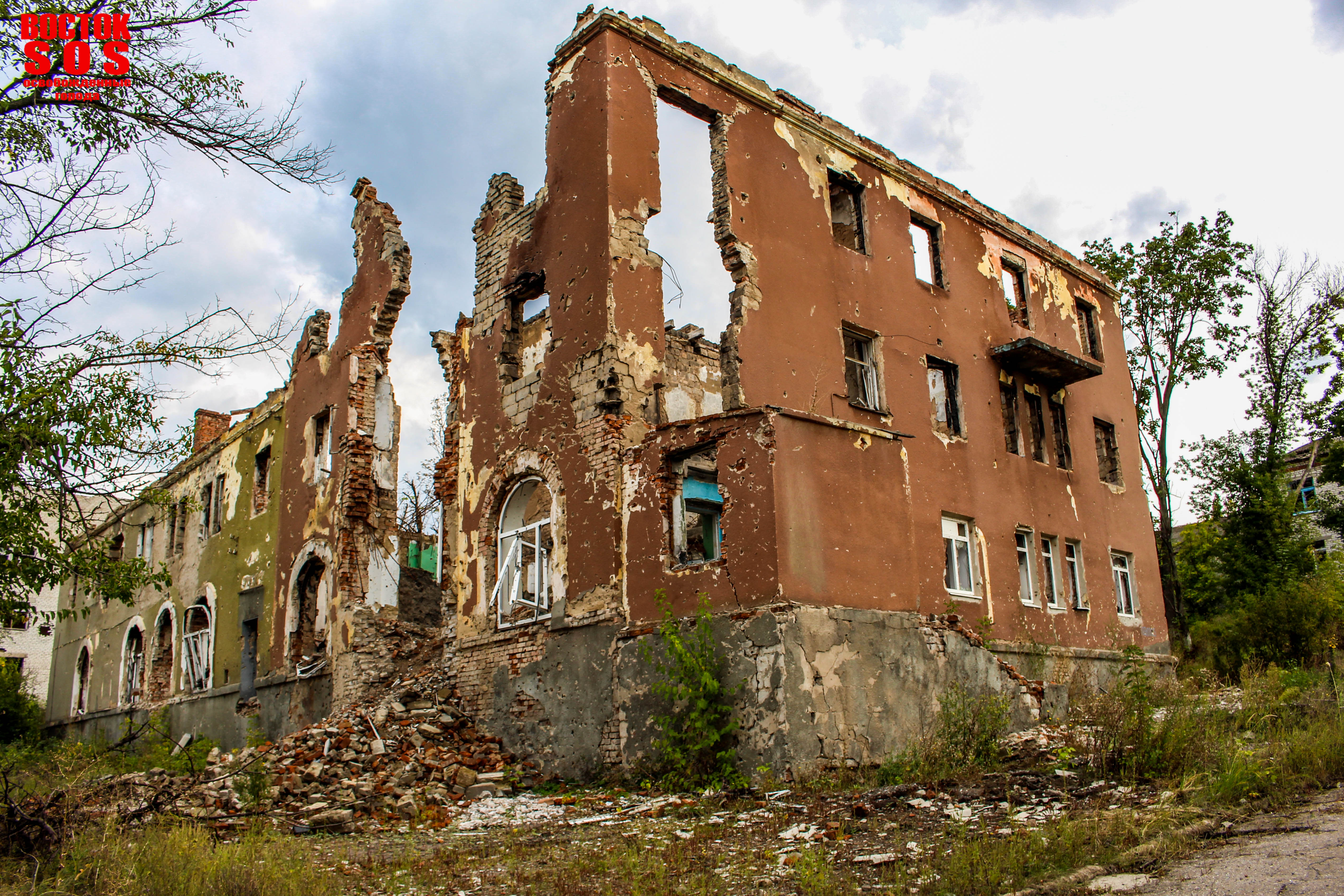 So called “servicemen” of Donetsk People’s Republic (DPR) still post photos against the background of Horlivka care home sign captioned “I’m standing at the checkpoint”. Thus, a social infrastructure facility has been turned into a military one in violation of international law. 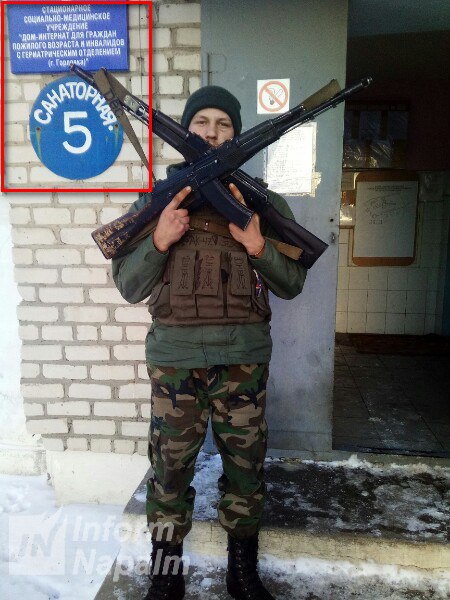 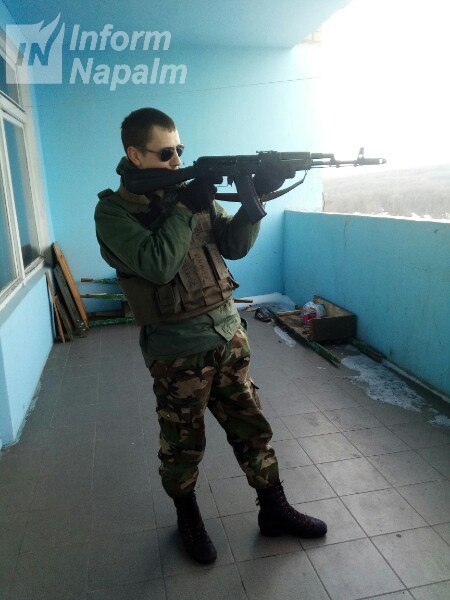 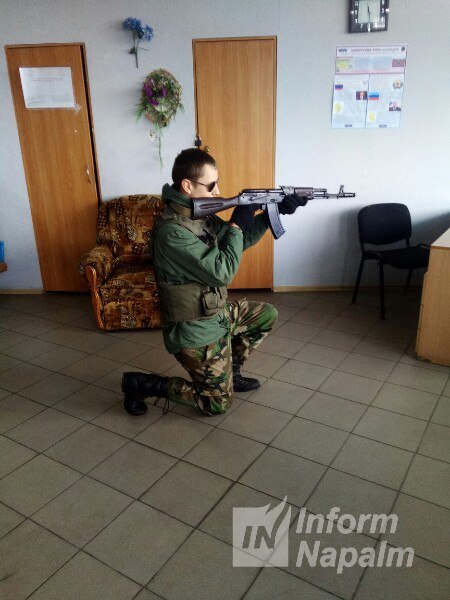 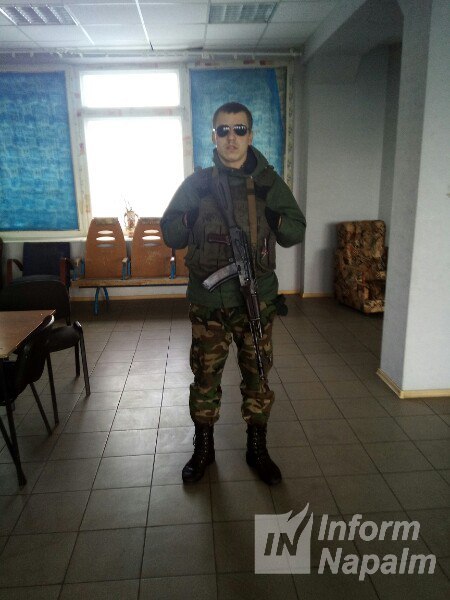 After this publication, Russian propaganda would apparently claim that the militants are there to protect this institution. It is worth reminding, that when military units are involved in securing social institutions, they are not supposed to be present on their territory, let alone inside the buildings. Otherwise, the protected institutions lose their civilian status with all the ensuing consequences.

No Responses to “Occupants turned Horlivka care home to military base”