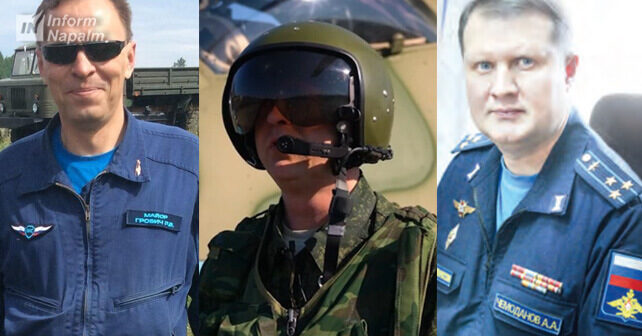 On March 4, 2022, the Main Intelligence Directorate of the Ministry of Defense of Ukraine published a personnel roster of the army aviation brigade containing the names of the military personnel of the Russian Air Force who made combat sorties from Lida airfield of the Republic of Belarus to deliver air strikes in Ukraine.

Volunteers of InformNapalm volunteer intelligence community conducted additional open source intelligence (OSINT) and found more detailed additional information: full names, social media accounts, photos, as well as important confirmations in interviews and Russian media reports about the military service of several individuals on that list. We believe that this information is a rather valuable part in identifying war criminals from the Russian Air Force who are directly involved in the aggression against Ukraine. 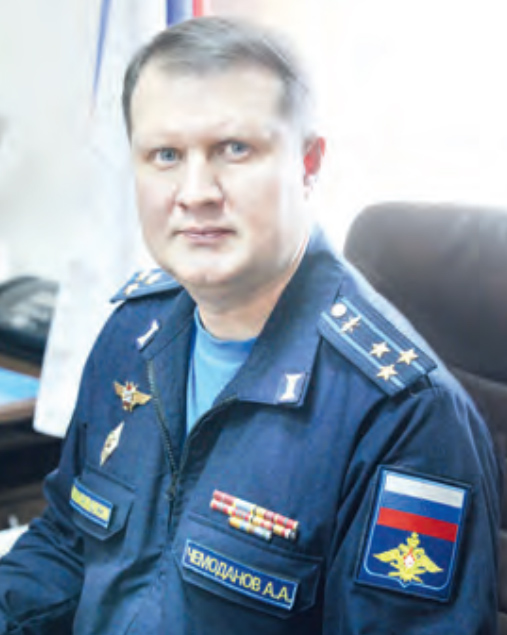 Mentions and photos of this brigade commander can be found in open sources. One of them is related to the parade on May 9, 2019, which he received as the head of the Kamensk-Uralsky local garrison (source, archive).

In another report, he also gives comments to the newspaper of the Russian Ministry of Defense Red Star (archive) on the transfer of a personalized helicopter to his unit.

Also, his interview and a photo could be found in the PDF version of the Urals Military Bulletin newspaper dated December 2, 2021 on the website of the Russian Ministry of Defense.

According to the Urals regional media (archive), he was assigned to the helicopter airfield Travyany.
It is noteworthy that back in 2016, Lieutenant Colonel Borovkov had a chance not to become a war criminal, but unfortunately he survived the plane crash then.
Another article (archive) tells how a first-class pilot, Lieutenant Colonel Alexander Borovkov congratulated the Sverdlovsk residents directly from the helicopter cockpit:

The account of Alexander Borovkov on OK has been deleted, but we managed to save the most important information. The lieutenant colonel participated in helicopter pilots groups, and among his contacts there were many faces with photographs against the backdrop of combat helicopters. One of the deleted photos was captioned “Voronezh Academy 2013”, apparently referring to the Zhukovsky and Gagarin Air Force Academy in Voronezh.

Alexander Borovkov has a son, Maxim, a cadet of a military pilot school. Judging by the photo, he decided to follow in his father’s footsteps. 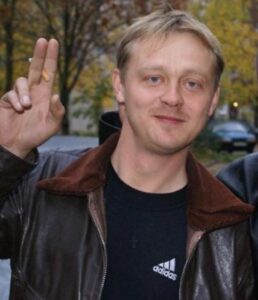 In the open sources (archive) he is mentioned as the deputy squadron commander of a military unit in the city of Torzhok.
On OK (archive) and VK (archive) social networks there are abandoned accounts of Esman which contain some personal data: date of birth July 7, 1975, born in the town of Monino near Moscow.
(the photo on the left is how he looked some time ago, when he posted photos on social media; the photo below is from a family album, showing a more aged appearance) 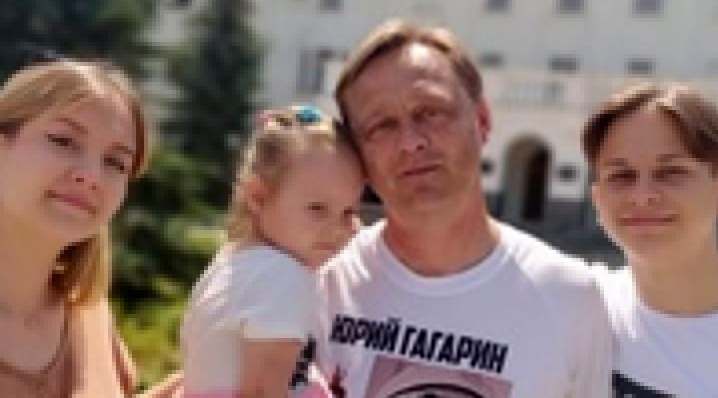 There are many people associated with the Russian military aviation among the friends, as well as several people from Torzhok, permanent stationing location of his unit. A number of his photographs can be found in the album of a friend and colleague Vladislav Zaitsev.

We also managed to find a fresh interview, which Esman gave to the Russian media, where he is indicated as “the commander of the lead Mi-24 helicopter”: 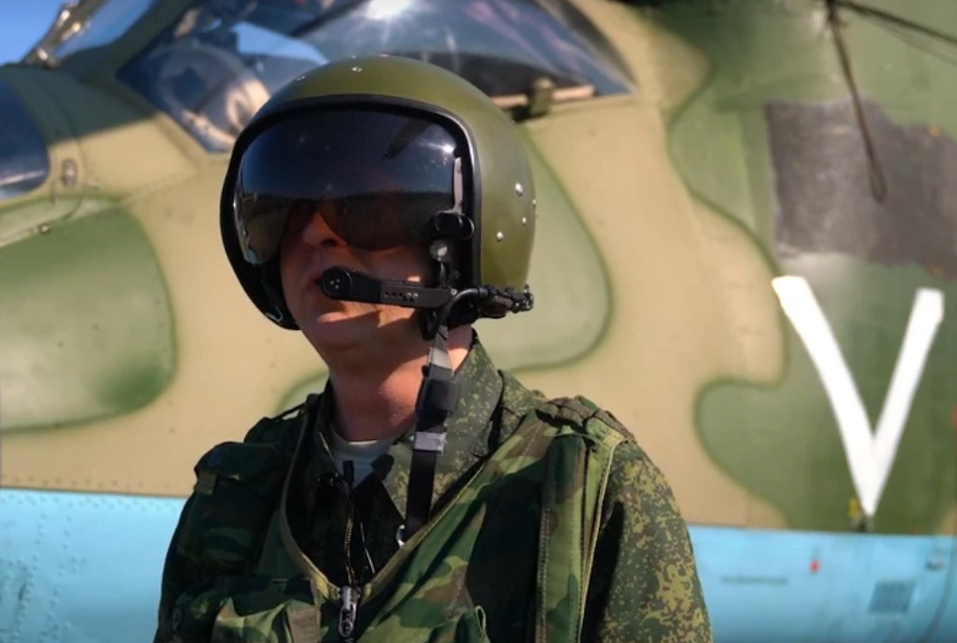 The commander of the lead Mi-24 Oleg Esman on combat missions during the war against Ukraine. Photo by: Russian MOD / archive.

Based on this footage, InformNapalm volunteers managed to find a video with the pilot’s story, which additionally confirms his participation in the aggression against Ukraine. We have saved the video on our channel. 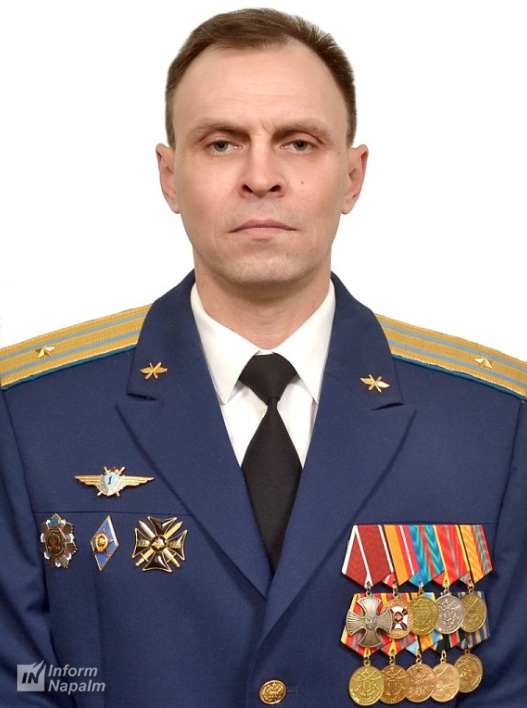 There is some personal data available on OK (archive) and VK social networks: date of birth February 16, 1974, born in the city of Kobrin, Brest Voblast of Belarus. Residing in Rostov-on-Don, Russia.
Graduate of Syzran Military Aviation Institute of Pilots, 1995.
On his page, there is a photo of the Sniper Pilot badge, family pictures and photos with classmates of the Syzran branch of the Military Educational and Scientific Center of the Zhukovsky and Gagarin Air Force Academy.
The photo album of Grovich contains numerous photographs from Armenia, indicating that the major served in Armenia at the Russian air base Erebuni on a rotational basis. 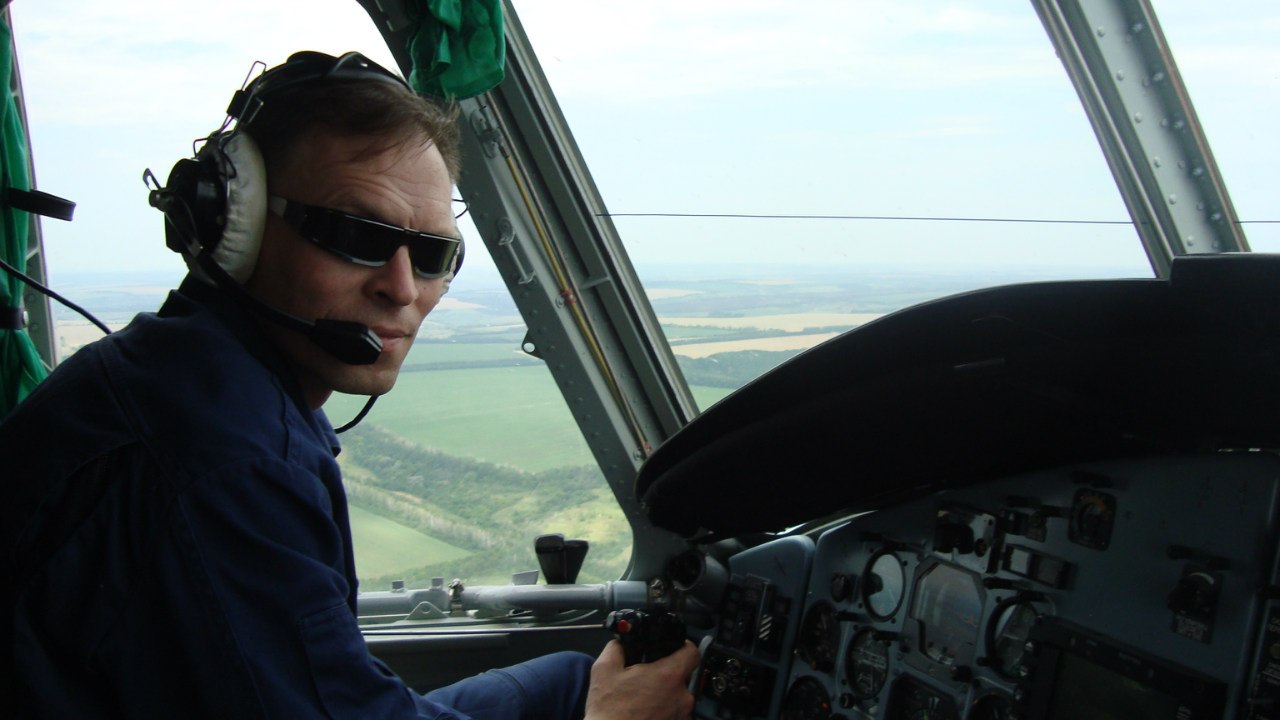 It is noteworthy that Olga has several relatives from around Vinnytsia in Ukraine, but despite this, her husband is committing war crimes against Ukrainians.

The first mention of Roman Kobets in the media, while still in the rank of lieutenant, dates back to 2004, in an article under the commonplace title “This is their job” (archive). In 2006, he was mentioned (archive) as a participant in the Aviadarts competition on a Ka-52 helicopter. It’s been also mentioned (archive) that he serves in Chernigovka (Primorsky Krai, Russia).

Some personal data is available on OK social network (archive): date of birth February 11, 1981, born in the village of Chernigovka, Primorsky Krai.

In 2016, he gave an interview to the journalists of the VPK website.
“Secrets of the “winged brotherhood”: what pilots of the Russian Aerospace Forces dream of” (archive).
In that archive there are also data on the following Russian pilots:

One of the latest media reports about him mentions that the crew members of the Ka-52 helicopter, officers from the Primorsky Krai, Major Roman Kobets and Captain Ivan Boldyrev have been granted decorations of Hero of Russia (archive).

“Pilots from Primorye – Major Roman Kobets and Captain Ivan Boldyrev from the Chernigovka 319th Separate Helicopter Regiment – were decorated with the title of Hero of Russia for courage and heroism demonstrated in combat missions during a special military operation in Ukraine.” Governor of the region Oleg Kozhemyako helpfully wrote about this in his telegram channel (archive)

Volunteers of InformNapalm volunteer intelligence community continue to work through to the personnel rosters of the Russian Air Force. This is painstaking work, so we will be grateful to everyone who can provide data on other Russian pilots and servicemen of the Russian Armed Forces who are taking part in the aggression against Ukraine. Please write to us on Telegram using the contacts indicated in the channel description: @informnapalm.