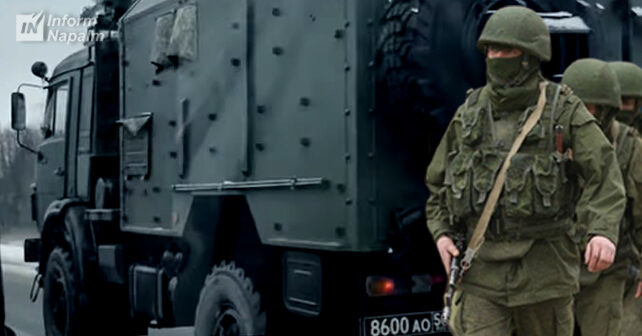 Volunteers of InformNapalm international intelligence community have finding suggesting a possible covert movement of personnel and hardware of the 45th Special Operations Brigade of the Russian Airborne Forces (45th SOB, military unit 28337, permanent deployment of Kubinka, Moscow Oblast) to Belarus. The servicemen of this unit took part in the aggression against Ukraine, and in January 2022 they made part of the forces that Russia airlifted to Kazakhstan. Read more below in this article.

On January 24, readers sent us another video of a moving of a convoy of Russian military equipment across the territory of Belarus. InformNapalm OSINT investigators established that the Russian convoy was moving along the highway near Zhodino (Minsk Oblast, Belarus) in the direction of Minsk. The video of the convoy shows Russian commander’s vehicles, radio stations with powerful generator units, hardware control systems, etc. All the license plates on the vehicles spot the region registration code of 50 (Moscow Oblast). According to our analysts the video recorded the movements of a brigade-level communications and control subunit.

The Russian satellite communications station mounted on the KamAZ-4350 truck attracted special attention of OSINT investigators. It is known that two-axle KamAZ trucks are normally used by the Russian airborne troops. This gave us an additional clue. 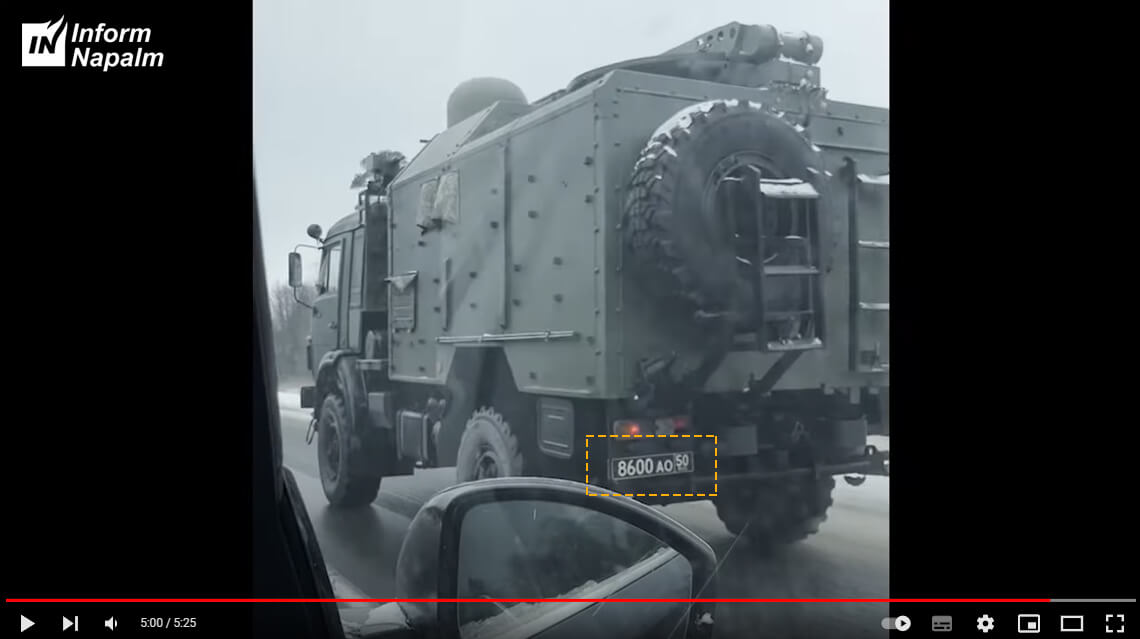 Further, InformNapalm volunteers managed to find a photo of the same station with the same license plate 8600 AO (region 50, Moscow Oblast) in Vitaly Ragulin’s photo report from Patriot Park in Kubinka. The photo was taken on July 29, 2017 during the celebrations on the occasion of the 87th anniversary of the Russian Airborne Forces (archive). It is in Kubinka that the 45th SOB of the Russian Airborne Forces is stationed. That day, the vehicles of the brigade were involved in the demonstration performance attended by the Russian Minister of Defense and the Commander of the Airborne Forces. 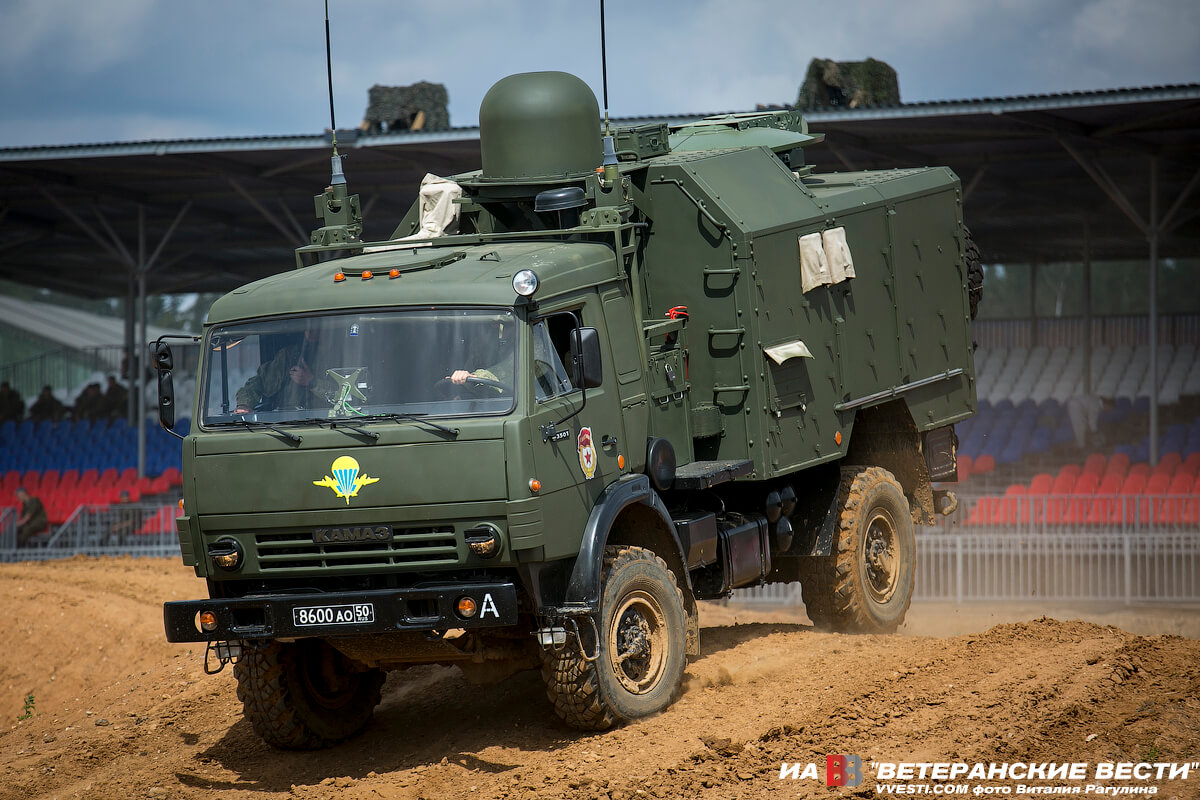 From Kazakhstan to Belarus

On January 6, the InformNapalm reported that Russian military transport aircraft airlifted servicemen of Russian special operations airborne units to Kazakhstan. Servicemen of these units participated in the operation to seize Crimea and in the aggression against Ukraine. Among these units were also military men and equipment of the 45th SOB.

On January 24, volunteers from the Belarusian editorial team of InformNapalm published their own OSINT investigation, exposing signs of a covert deployment of Russian airborne units to Belarus. The deployment was disguised as the “return of Belarusian peacekeepers” from Kazakhstan. In particular, we noticed the loading of airborne troops’ vehicles with Russian license plates bearing the region registration code of 50 (Moscow Oblast). 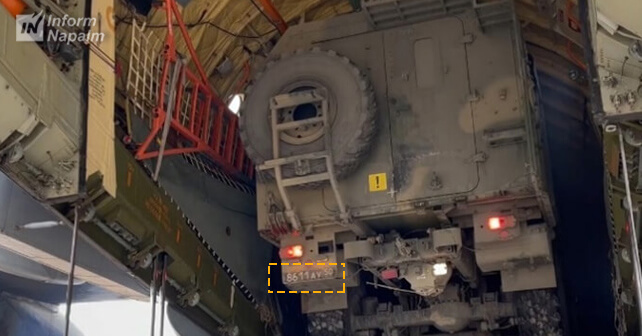 These findings give us grounds to believe that the Russian Federation has already secretly deployed units of the 45th SOB to the territory of Belarus.