Products of Luhansk Cartridge Works on sale in Georgia 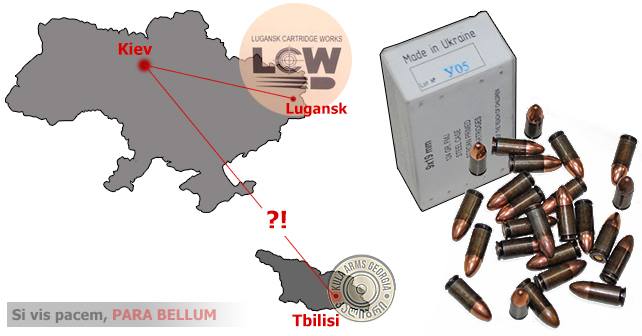 This information has been confirmed by the site of Caliber, where, among other ammunition sold, one can find the cartridges labeled with the LCW sign. In particular: 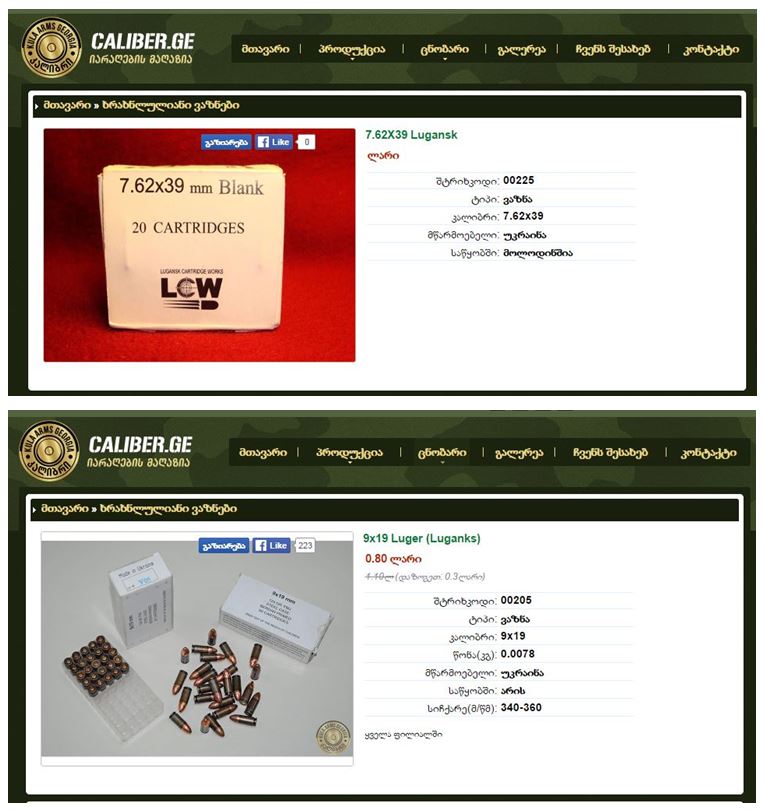 To verify this information and cross-check the markings, our insiders photographed one of the packs of 9×19 cartridges sold in Caliber stores. The shipping carton with 50 cartridges shows the logo of LCW, country of origin — Ukraine, there are also markings “073” and “Lot No. У05”. The cartridges themselves have markings indicating their caliber – 9×19, as well as the stamp of the factory – LCW. It is noteworthy that neither the packaging, nor the cartridges bear any stamp indicating the date (year) of production. 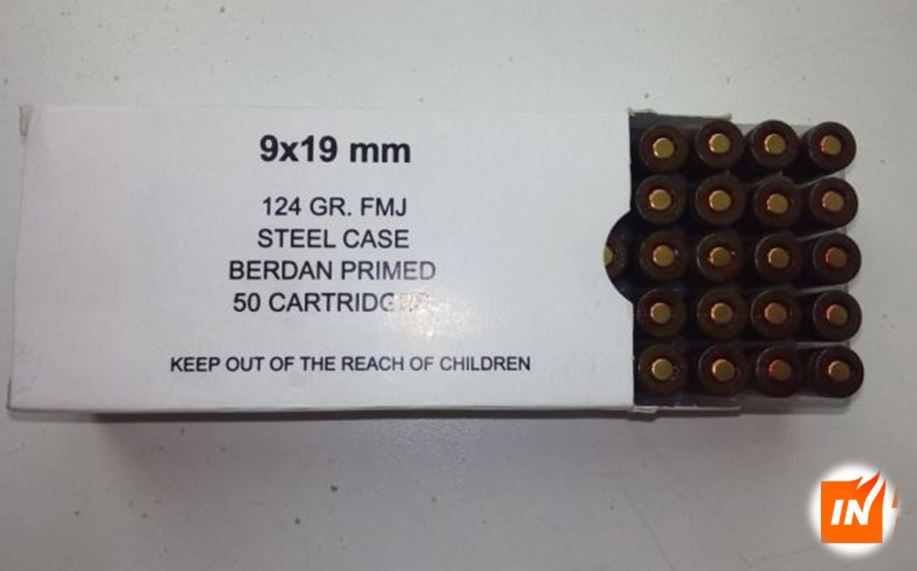 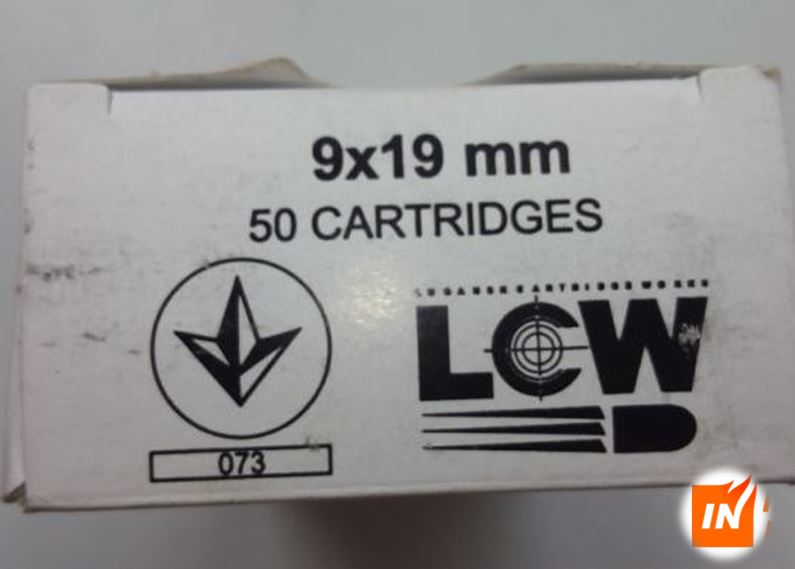 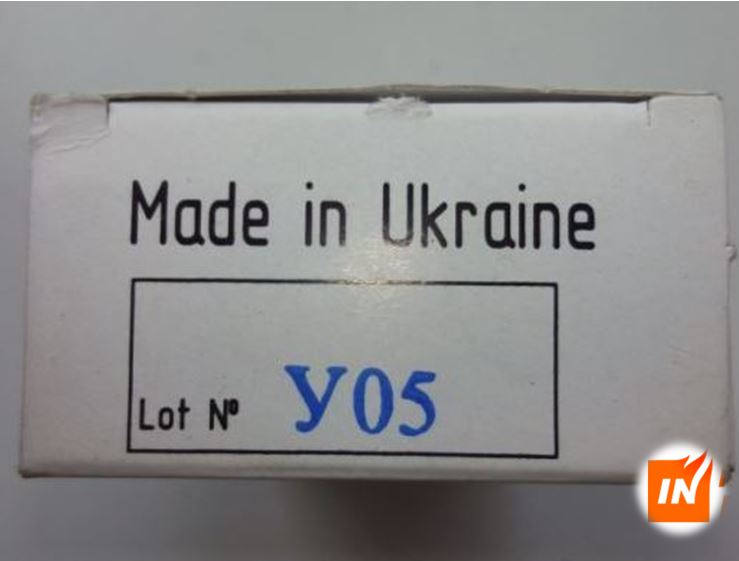 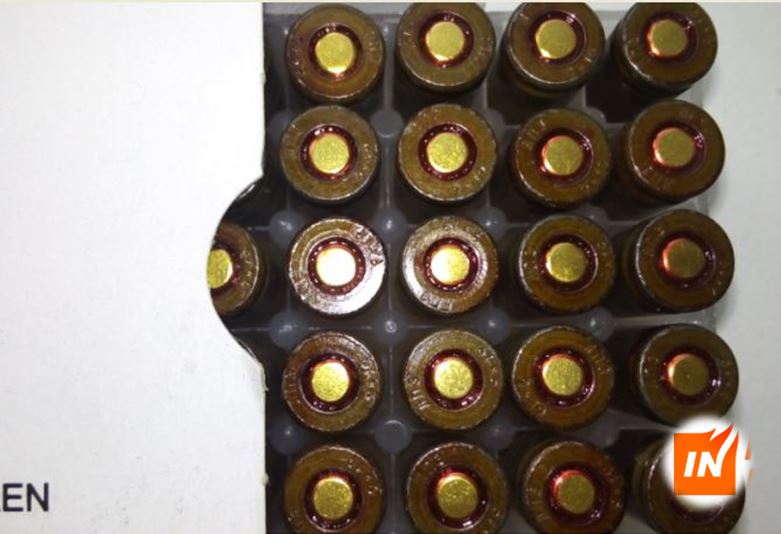 Having examined a number of records in open sources, and in consultation with our regular experts, we found out the following:

As of 2010, the major shareholders of the LCW were Cyprus companies Verhalt Holdings Ltd. (24,9929%), Perinhar Holdings Ltd. (24,9858%), Triestford Enterprises Ltd. (24, 9787%), Laraik Holdings Ltd. (10 %). A little earlier, ZAO Brinkford was named as one of investors into the factory. The company is owned by David Zhvania, a Ukrainian businessman of Georgian descent, who, according to some sources, managed to get rid of his assets before the events of 2014. In 2011 and 2012 the cartridge factory in Luhansk operated at a loss. In May 2014, Private Joint Stock Company Luhansk Cartridge Works produced the last batch of commercial ammunition, which made it to the shelves of Ukrainian shops. Shortly afterwards, during the armed conflict in the East of Ukraine, the factory came under the control of the so-called Luhansk People’s Republic (LPR). Since then, accurate data on the numbers of manufactured ammunition and the current operation of the factory has not been available. However, in the beginning of 2016, the Russian media and web sites of the militants reported about the capacity expansion at LCW for the production of cartridges for the LPR and Donetsk People’s Republic (DPR). In particular, for the production of 5.45×39 mm cartridges with enhanced penetration bullet, as well as 7.62 and 9 mm bore cartridges. A year earlier, the Ukrainian media flashed the information that the aforementioned D. Zhvania had allegedly taken the factory equipment to Russia. For more information on the history and activities of LCW, and production of cartridges in general, see our article Cartridge passions of Ukraine, or why do we need a cartridge factory? dated January 14, 2017.

LCW runs an active website with Ukrainian domain name http://lcw.lg.ua. It is rather weak in terms of information, but among the products of the factory, one can find the cartridges of 9×19 caliber  even today.

According to InformNapalm consultants, the 9×19 cartridges appeared on the Ukrainian market in the early 2000s. The demand for this type of ammunition began to grow with the advent of handguns chambered for this cartridge. Respectively, LCW also began to produce them on a commercial basis. On the back of the relative liberalization of the Ukrainian weapons law and the increase in demand for cartridges of this caliber in recent years, there was even some shortage of 9×19 cartridges. Therefore, the claim that the 9×19 cartridges marked with the LCW brand currently sold in Georgia are from old stocks, seems rather doubtful.

We assume that the cartridges marked “LCW — Made in Ukraine”, that appeared on the arms market of Georgia last year, were produced recently. Perhaps they have been produced since the increase in capacity at the factory controlled by the Russian occupants and local separatists, since late 2015 and early 2016. Probably, the factory operates a commercial production line for 9×19 cartridges and ammunition of other calibers, which are in demand on the civilian market. These cartridges are then illegally smuggled into the unoccupied territory of Ukraine and, after being legalized as a Ukrainian product, they are exported to other countries (including Georgia), which suggests that some people line their pockets on it.

This publication is not intended to definitely prove somebody’s wrongdoing, Here, we present some facts and our thoughts on them. However, this information could serve as a valid tipoff for the competent experts and relevant law enforcement agencies to engage in further study of this issue.

This publication was prepared by Irakli Komaxidze, translated by InformNapalm English