Recent establishing of Monitoring Help Center for Lost and Harmed Children in Russia coincided with election of “authorized representatives” for children rights in the LPR and DPR. These events happened almost simultaneously, attracting attention of social activists. After a closer look at the activities of these newly created structures, our particular interest was drawn to unmanned aerial vehicles (UAVs)  employed by them.

Pavel Astakhov (Children’s Rights Commissioner for the President of the Russian Federation) and Stanislav Skusov (Head of the organization Kiberdruzhyna: project of LBI to combat children pornography in Internet) became the founders of the center. Valeriy Solianin (one of the executives of the civic movement Municipal Shield of Moscow) is also mentioned among the founders of NMCPPiPD. Local branches of the new organization have been already created in 23 regions of Russia.

It’s worth to note that in May of this year, the Children’s Rights Commissioner for the President of the Russian Federation Pavel Astakhov refused to protect 17-year-old Kheda Goilabieva who was forced to marry a 46-year-old chief of Nozhay-Yurt District Department of Interiors of Chechnya Nazhud Guchigov.

The newly created Help Center made it clear that UAVs are its priority and it plans to resolve children’s problems by using them.

Now it is time to recall one of the videos filmed in July of 2014 that shows how Ukrainian border guards shot down a Russian Zala 421-08 drone.

ZALA Aero Group is a company that designs and manufactures unmanned aircraft vehicles. According to its official website, in 2008, ZALA 421-08 and ZALA 421-06 drones were tested for the Russian Navy Central Research Institute in Arctic. They were launched from a ship. In 2011, ZALA UAVs were used during an emergency situation in ammunition warehouses of the Russian Defense Ministry in the village of Pugachevo, Malopurginsky Raion of the Udmurt Republic. In 2014, ZALA Aero produced five systems for the Russian Interior Ministry (MVD) and eight systems for the Ministry of Emergency Situations (MChS) of Russia. Up to date, the Russian MVD and MChS have created more than 30 aviation detachments for special operations each.

On the photos of Valeriy Solianin and Pavel Astakhov taken at the presentation of the NMCPPiPD project one can see information posters of the UAVs mentioned by the center founders in their interviews.  They are the same ZALA UAV.

Pictures of Valeriy Solianin from his page on Facebook confirm his meeting and talks with the Children’s Rights Commissioner of the DPR Yana Chepikova in the Kremlin. 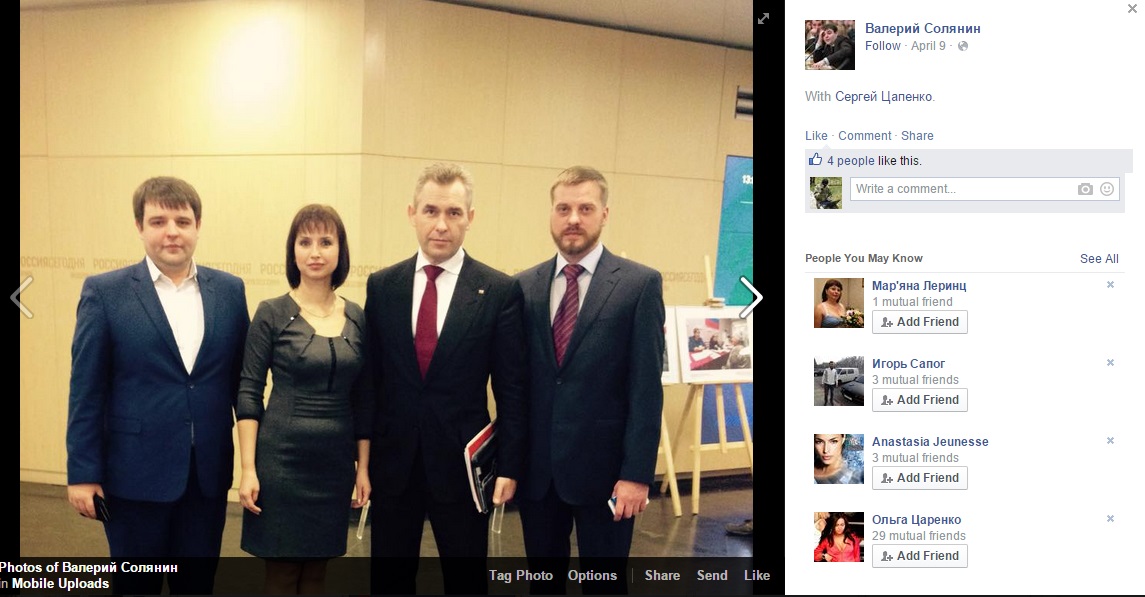 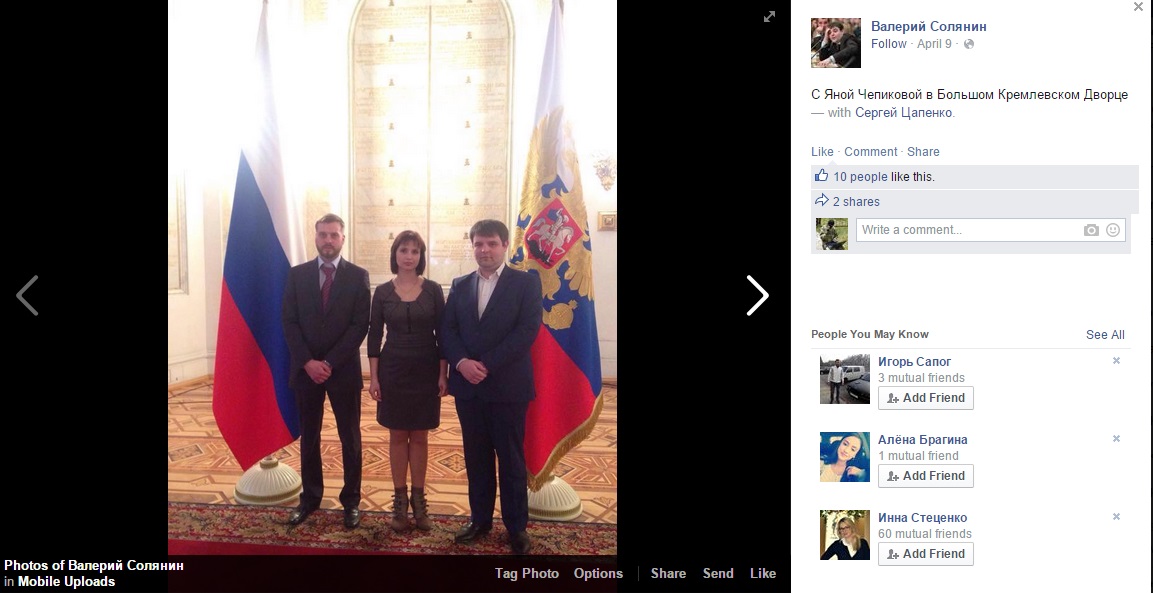 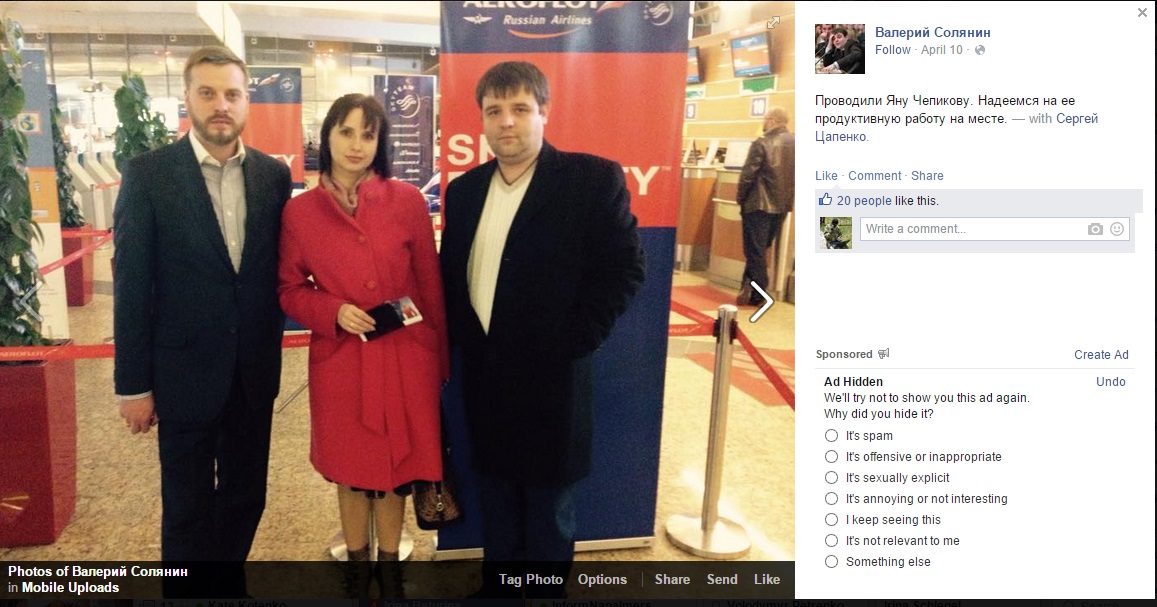 We do not want to make any preliminary conclusions. However, if, after shooting down a Russian ZALA drone that was scouting the Ukrainian territory before another shelling from MLRS or offensive operations, you hear a statement that it was “searching for lost children”, don’t be surprised – it was done according to the previous agreements.