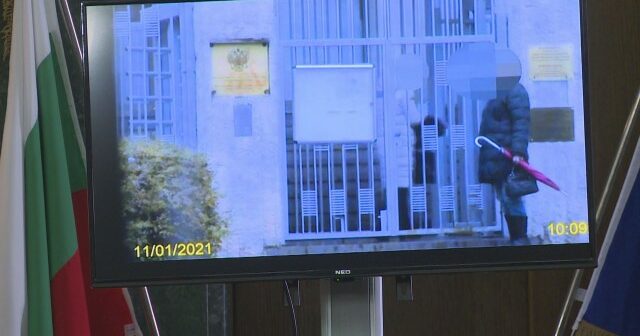 On the eve of a critical parliamentary election on April 4, the Bulgarian authorities have exposed a major case of espionage on behalf of Russia, which entangles several high-ranking defense ministry officials. Six Bulgarian citizens, including three active defense ministry personnel, were arrested on March 18 and charged with espionage for obtaining classified information on Bulgaria, the North Atlantic Treaty Organization (NATO) and the European Union and providing it to Russian embassy officials in Sofia. On March 19, Bulgaria’s Prosecutor General publicly announced the charges and disclosed surveillance details, including phone calls and videotapes (Mediapool.bg, March 19). Sofia subsequently expelled two Russian diplomats for involvement in espionage against Bulgaria (Duma.bg, March 22). Bulgarian National Television reported the Russian diplomats are Maxim Ribkin, first secretary in the Russian embassy, and Alexander Zinkin, the second secretary (Balkan Insight, March 22).

Russia’s intelligence operations in Bulgaria have markedly intensified since the government in Sofia decided to upgrade the country’s Air Force with F-16 fighter jets procured from the United States and gradually retire most of its Soviet-era aircraft. In July 2019, the Bulgarian parliament ratified the agreement with US defense company Lockheed Martin for the purchase of eight F-16s, with the option to buy eight more aircraft later (Investor.bg, July 10, 2019). Although Bulgarian President Rumen Radev, known for his Russia-friendly stance, vetoed the law, the parliament eventually overturned him (Investor.bg, July 30, 2019).

In the following months, a total of eight Russian diplomats have been expelled from Sofia for espionage related to the country’s military plans, defense production industry, energy sector and upcoming elections, including the Russian defense attaché in December 2020 (Мediapool.bg, March 22). This level of expulsions has been the most pronounced in nearly a decade: back in 2001, as Bulgaria was preparing to join NATO, Sofia ordered a group of three Russian diplomats to leave. At that time, the reformist government of Ivan Kostov arrested a former military intelligence officer who was delivering classified material to the Russian defense attaché in Sofia. The Russian defense attaché, Vladimir Lomakin, and his deputy, Sergei Vlasenko, were immediately expelled along with another Russian diplomat, Boris Smirnov, who attempted to influence a political organization. Both Lomakin and Smirnov had engaged in similar activities in Poland and Spain, respectively (Capital.bg, March 27, 2018).

The latest spying case is perhaps the most significant exposure of Russian espionage operations in the country since the end of the Cold War. First, it involves penetration of Bulgaria’s most important security institution, the Ministry of Defense; second, the spy ring included active high-ranking defense ministry officials—the deputy head of the ministry’s Budget Directorate along with two active-duty military intelligence officers; third, Moscow has apparently targeted not only Bulgaria’s defense plans but also information related to NATO, the EU, the US embassy in Sofia and the Central Intelligence Agency (CIA); and lastly, the spy ring was organized and coached by a ring leader who was trained by Russian military intelligence (GRU) in Moscow and maintained a working relationship with the Russian embassy in Sofia, where he provided classified information and collected payments for the collaborators (Mediapool.bg, March 19).

According to the prosecution, the spy ring collected information related to secrets of a military and high-technological nature. Reportedly, military intelligence officers spent hours taking screen shots or video-recordings of work computers using their cell phones to avoid detection. The prosecutor’s office said that in just one day, an intelligence officer charged in the case managed to shoot a 4-hour-and-20-minute video with classified information. Subsequently, he provided a flash drive with the information to the group’s ringleader, as communication between them showed.

The group’s ringleader, Ivan Iliev, is a former chief of Military Intelligence in Bulgaria. He was allegedly tasked to set up an illegal intelligence network by recruiting individuals who had access to classified information about Bulgaria, NATO and the EU. Iliev used his Russian-born wife, Galina Ilieva, as a liaison with the Russian embassy to ​​pass information there and receive payments, according to the prosecutor’s office.

Remarkably, one of the two implicated active-duty military intelligence officers was involved in assessments of hybrid threats and risks, including those from Russia. His colleague from the same department had been sent on missions abroad to Bulgarian military contingents on several occasions. Another high-ranking defense intelligence officer, Lyubomir Medarov, had a distinguished career at the defense ministry, served as defense attaché abroad, and eventually was appointed to lead the Classified Information Directorate of the National Assembly (parliament). The highest-ranking military official in the group is Colonel Petar Petrov, the deputy head of the Budget Directorate at the Ministry of Defense. Five members are currently detained without bail, and one was released with bail after confessing to spying for Russia. All participants are charged with crimes against the state and espionage in favor of another state. They face prison sentences ranging from 10–20 years to life imprisonment (Mediapool.bg, March 21, 22).

Bulgarian President and Commander-in-Chief Rumen Radev, a former air force pilot, has not released a statement on the Russian spying scandal. His chief of staff, Dimitar Stoyanov, underplayed the prosecutor’s findings in a Facebook post and attacked the government of Boyko Borisov for not investigating corruption allegations (Facebook.com/dimitar.stoyanov.7311, March 22). The Socialist Party, which nominated Radev for president five years ago, has not commented publicly either.

The Socialists are trailing Borisov’s GERB party in the pre-election polls, but neither faction is set to win more than 30 percent of the votes on Sunday. Both will rush to form governing coalitions, as they will likely need the allegiance of two smaller parties: the ethnic Turkish Movement for Rights and Freedoms (MRF), a traditional balancer of power in Bulgarian politics, and the newly formed populist “There Is Such a People” party of television showman Slavi Trifonov.

A heavily fragmented parliament could produce a Socialist-led government for the first time since 2009. Considering the Socialist leadership’s hardening pro-Russia line and the lack of response to the latest espionage scandal, such a government could be expected to adopt a much softer response to routine Russian spying on NATO and the EU in Bulgaria. This would negatively affect Bulgaria’s standing in the two organizations and potentially even threaten to undermine its geopolitical orientation.

No Responses to “Russian Espionage Scandal in Bulgaria”