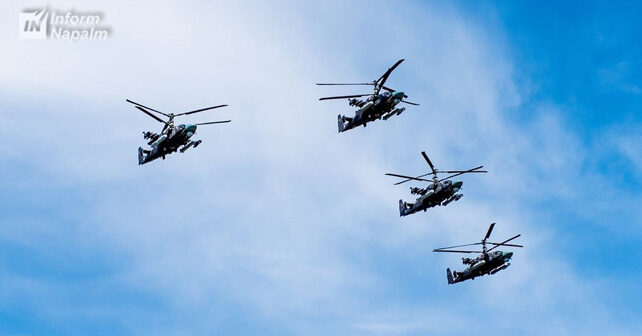 Against the backdrop of various military maneuvers and exercises near the borders of Ukraine, Russia continues to conduct information warfare. The purpose of Russia’s information operations is psychological pressure on Ukraine and demonstration of readiness to significantly step up the hostilities.

On April 2, Russian sources, in particular, Voenny Obozrevatel popular telegram channel, affiliated with the Russian security forces, published a video of the flight of a group of Russian Ka-52 Alligator (NATO reporting name: Hokum B) and Mi-28 (NATO reporting name Havoc) combat helicopters and emphasizing that the flight allegedly took place at the border with Ukraine.

Some regional sources reported that Russian helicopters only approached the border with Ukraine in the Rostov Oblast of the Russian Federation, but did not cross it.

However, the OSINT-investigator @5urpher was able to geo-position the area and specify the exact coordinates of the location: 45°41’07.4″N 34°26’51.1″E. It turned out that the video was made in the occupied Crimea.

Likewise on March 16, border guards of the State Border Guard Service (SBGS) of Ukraine , recorded a provocative flight of a Russian helicopter which intruded for about 50 meters into the Ukrainian territory, then made a quick turned and headed back over the border to Russia. The incident took place the Sumy Oblast of Ukraine.

Commenting on the recent video footage of Russian strike helicopters allegedly flying at the border, Andriy Demchenko, the spokesman for the SBGS of Ukraine, noted that no movement of large group of any Russian aircraft was recorded in direct proximity to the border line.

InformNapalm international volunteer community monitored open sources and found that Ka-52 combat helicopters of the Russian Air Force of the Southern Military District were involved in a company-level tactical training in the Volgograd Oblast of Russia in mid-March 2021.

On April 2, according to the Russian Ministry of Defense, about 50 crews of Ka-52 Alligator, Mi-28N, Mi-35M and Mi-8 AMTSh strike helicopters took part in the selection stage of the Aviadarts professional skills contest. Pilots from Southern Military District fired missile at targets at an airfield in the Krasnodar Krai of Russia.

Back in 2014, OSINT volunteer investigators of InformNapalm published photo evidence of Russian invasion forces concentrating at the border with Ukraine. Then we managed to record the location of the latest Ka-52 strike helicopters with red tail numbers 55 and 53. 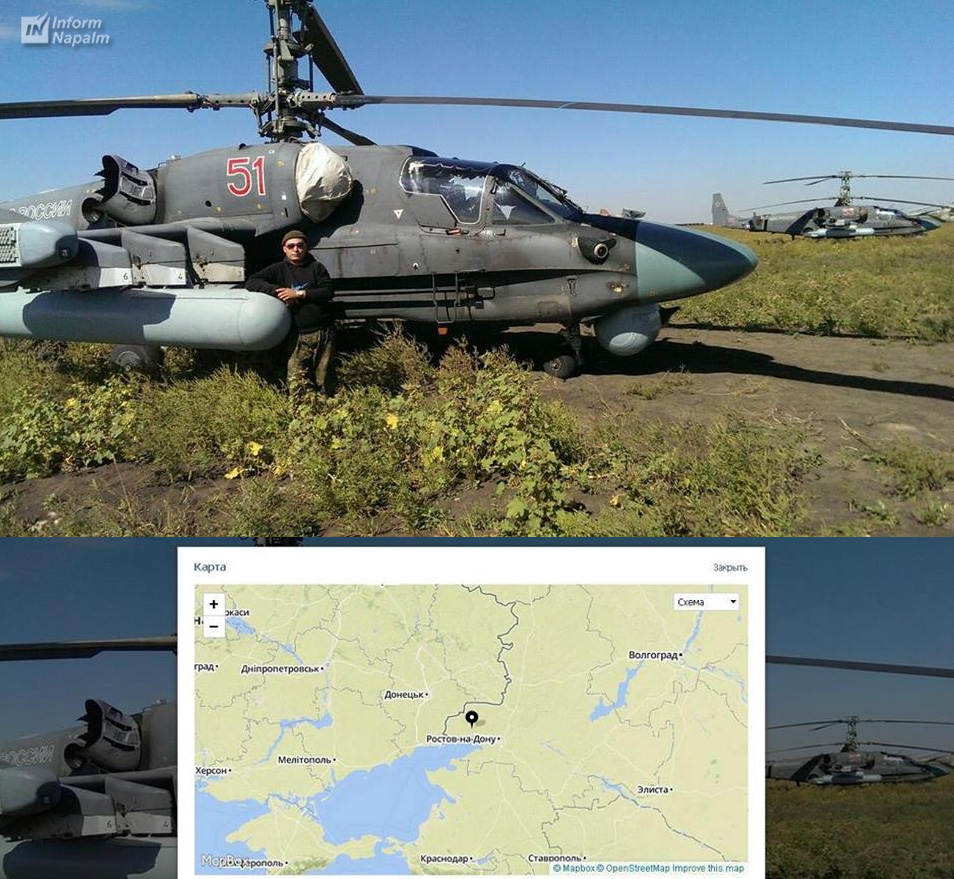 It is noteworthy that along with publishing fragmentary provocative videos showing massive redeployment of Russian military hardware, telegram channels affiliated with the Russian security forces also keep on reminding their viewers that American strategic reconnaissance drones continue to actively monitor the situation in Crimea and the Donbas. 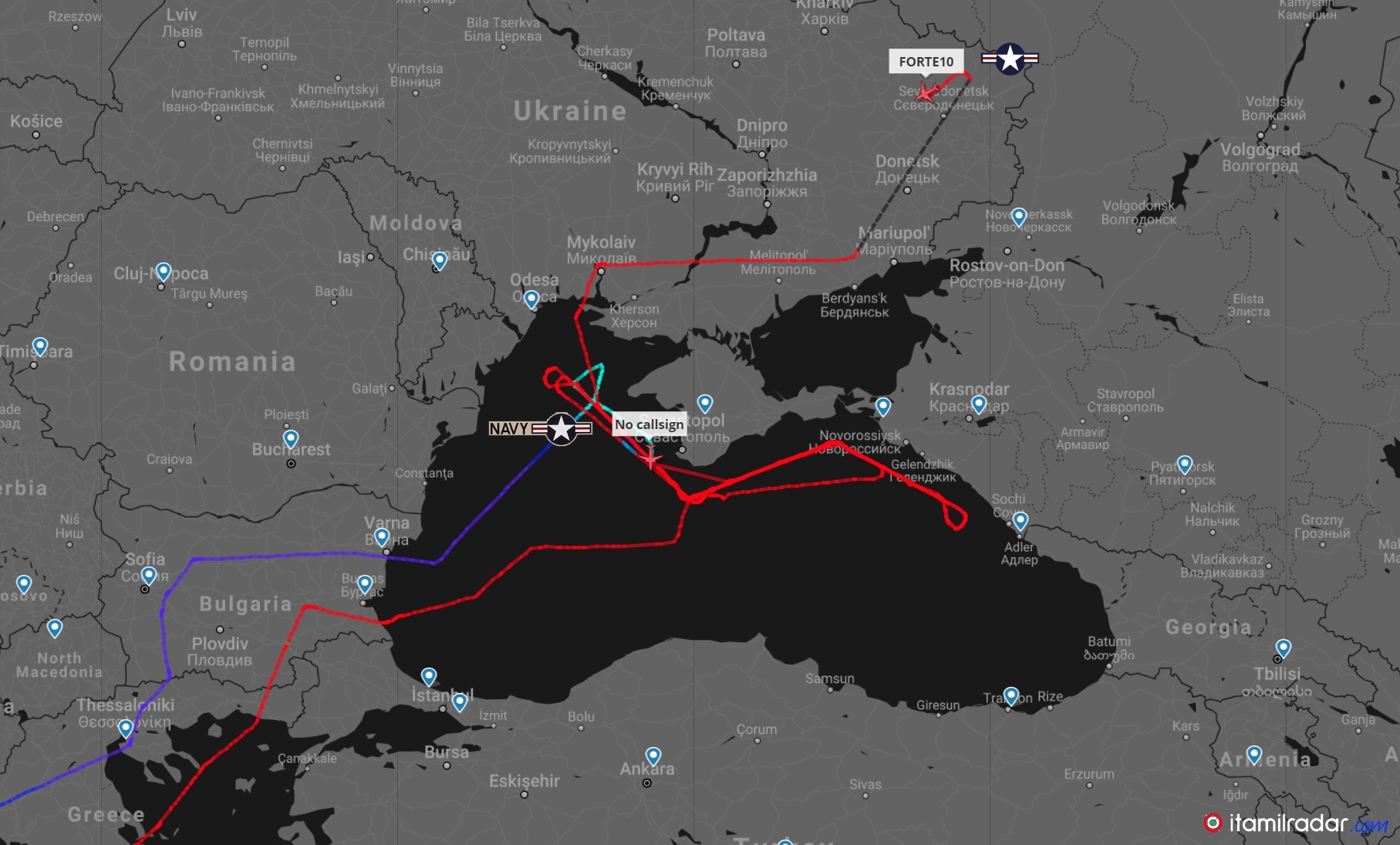 The publication was prepared by Roman Burko.Translated by Andrii Gryganskij, edited by Artem Velichko. Distribution and reprint with reference to the source is welcome! InformNapalm materials are available under a public license Creative Commons Attribution, CC BY. The condition for using our materials is a hyperlink to the original source in the first or second paragraph of your publication. InformNapalm social media pages:

No Responses to “Alligators’ flight: how the Russian Armed Forces practically implements information operations against Ukraine during military exercises”