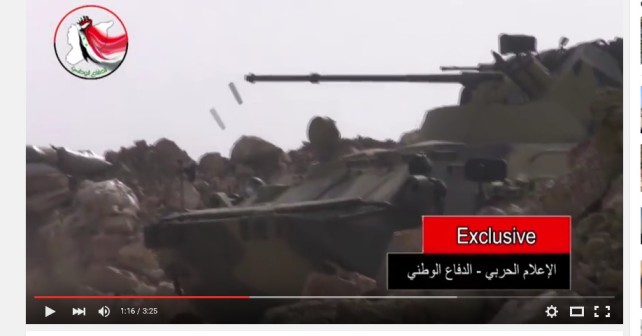 During the recent several days the rumor concerning the Russian military participation in the Syrian conflict has been actively discussed in the international press. A lot was written and shown on this topic. Our attention was drawn by the material located on the website of some Ivan Sidorenko entitled ‘Syria, Latakia – Syrian Arab Army / National Defense Forces Some Battle Footage from Today‘

This material contains several noteworthy moments, in particular the offscreen negotiation in Russian: time 2:03 – ‘Come on faster’, 2:06 – ‘Move on’, 2:10 – ‘Once again! Repeat!’, 2:30 – ‘Paulin, Paulin, we are moving forward’. In addition to that, the Soviet/Russian armed vehicles are shown. However, this is not strange. There is no secret that Assad’s army both previously and now is armed by the Kremlin friends and the deployment is provided with the use of the Russian large landing ships mainly from the Novorossiysk naval base.

As a result of the shallow analysis and comparison of the BTR-82А, seen in the material from Syria with similar vehicles that are in use in the above mentioned Russian military units, the closest similarity was found with the armored fighting vehicles of the 27th motorized rifle brigade (military unit No. 61899, located in the Moscow region).

In particular, in the group ‘Military unit 61899 Sevastopol 27 OMSBR. Brothers-in-arms’ the pictures of the BTR-82А with camouflage and board numbers of white color written according to the pattern identical with this brigade were found. 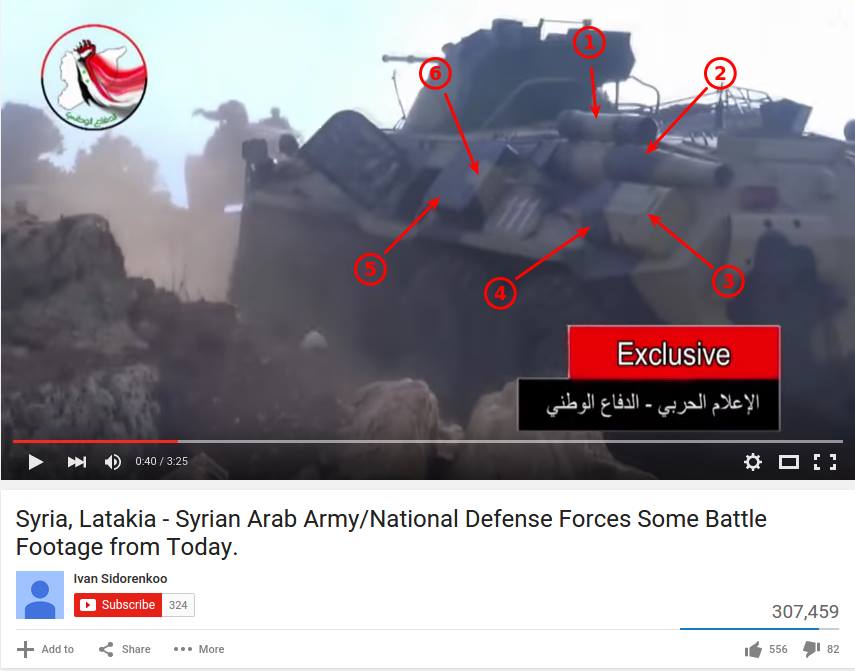 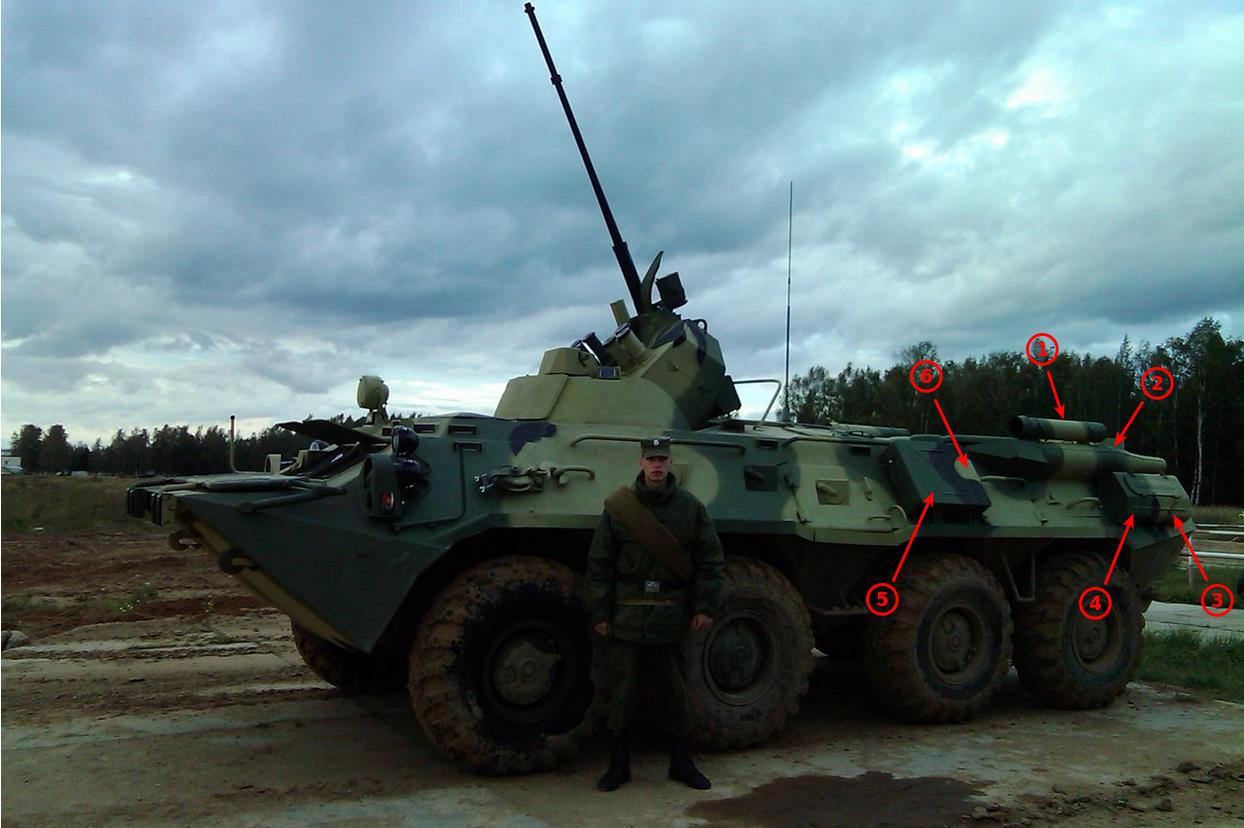 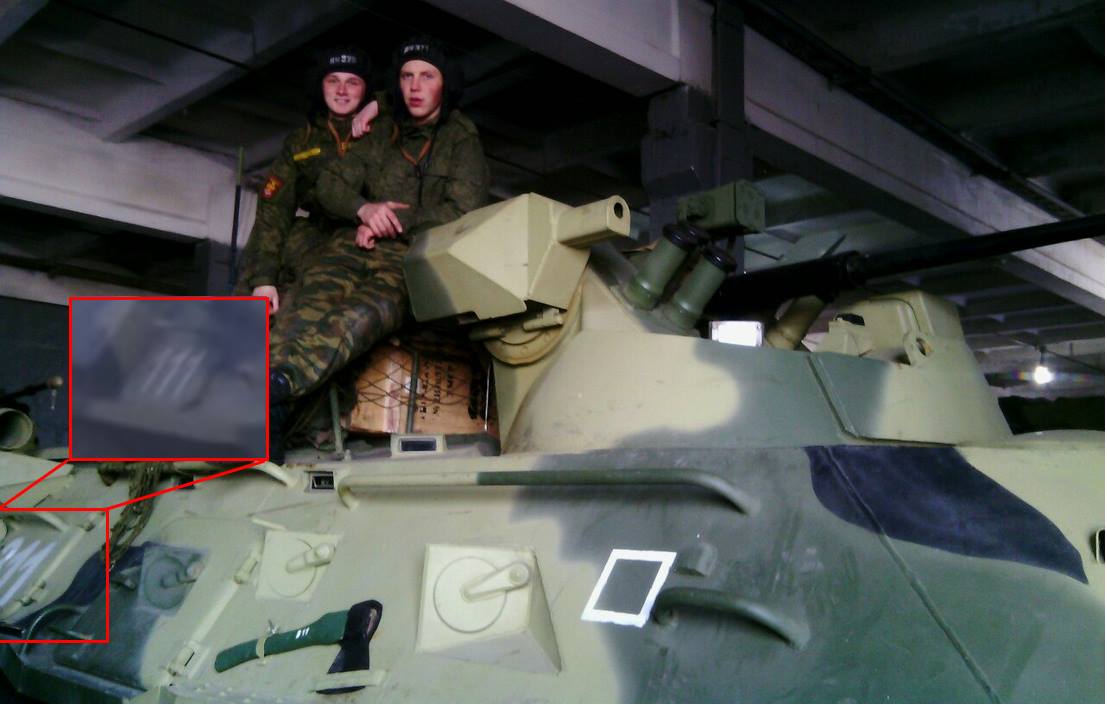 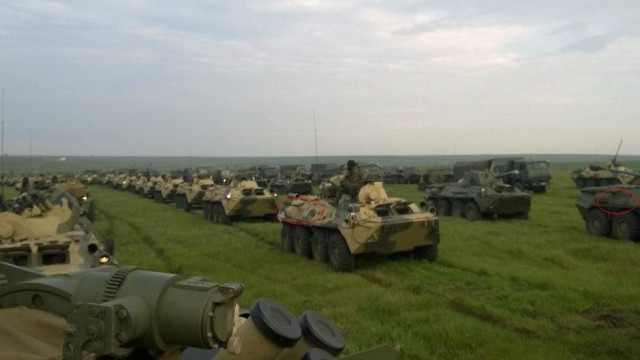 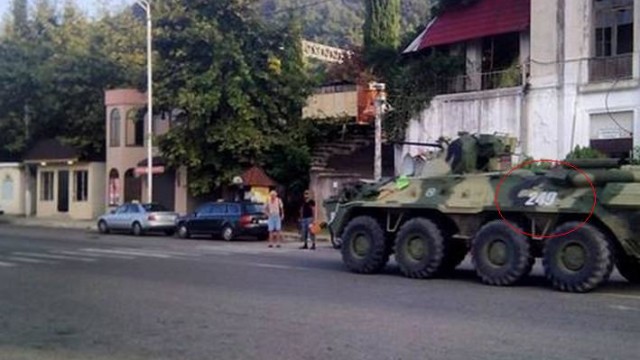 The identification shown by us is not the evidence, but a number of side criteria – identical camouflage, commonly recognized type of vehicles board numbering in the Russian army, identical patterns of the fonts and colors and also the offscreen Russian voice confirms the supposition made above. Maybe soon we will learn more details concerning ‘a military assignment from Novorossiysk to Syria’ of the crew of the 1st vehicle from the 1st motorized rifle regiment, 1st battalion of the 27th brigade.

P.S. Update: As a result of the additional OSINT investigation the correspondence concerning the sending of the servicemen to Syria for 3–4 month long trips with ‘not bad salaries’ was found on the mother forum of the Russian military servicemen from the 27th separate motorized rifle brigade (February, 2013).

Thus, we have one more indirect proof that the video from Syria supposedly shows a BTR-82А unit of the Russian 27th brigade on the ‘Novo-Syrian’ assignment, rumored way back in 2013. 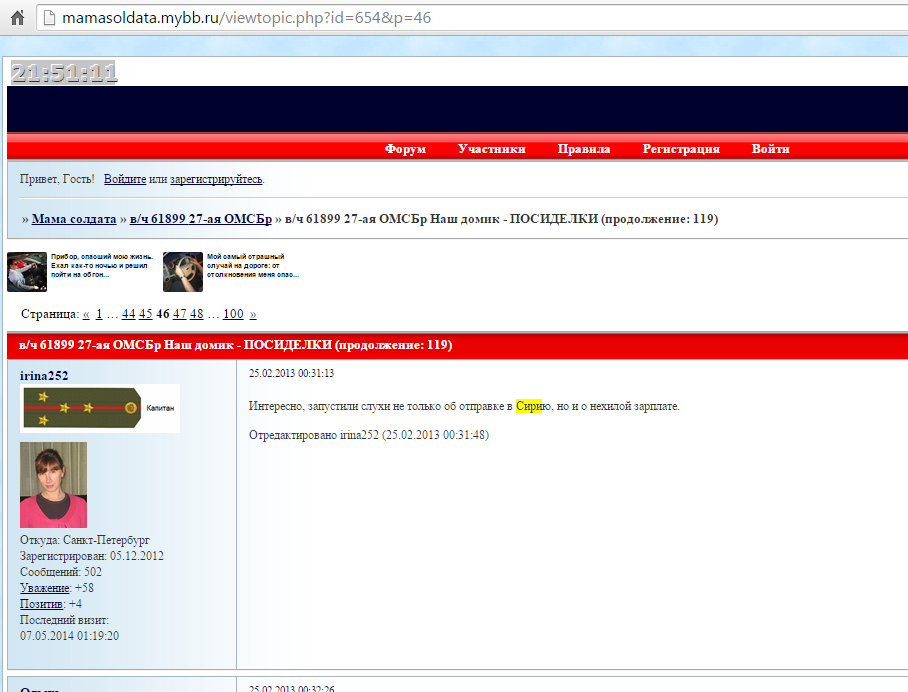 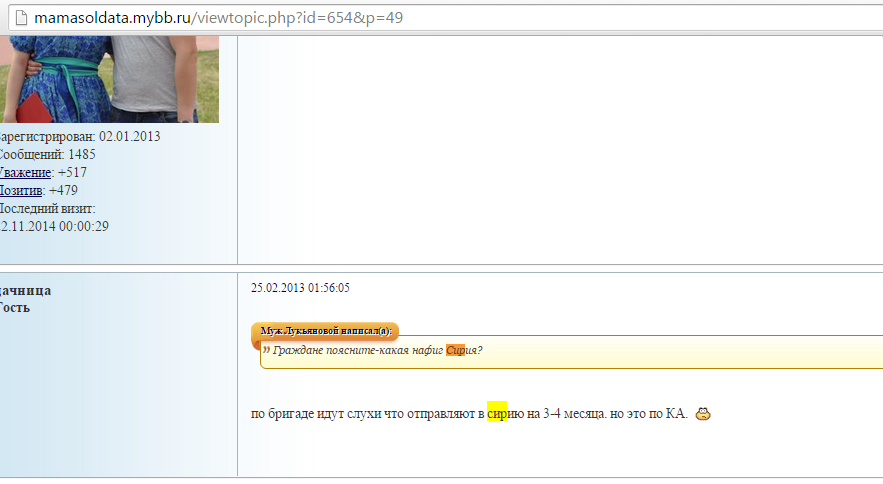 11 Responses to “Russian Military Assignment from Novorossiysk to Syria”