Russia Deploys Another Military Base in Syria 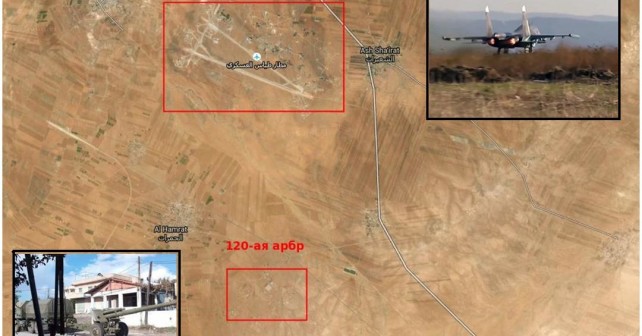 InformNapalm volunteer community keeps an eye on the events linked to the activities of the Russian Federation’s armed forces in Syria. According to the latest information from the Russian sources (with reference to the Syrian media) preparations for deployment of the second military base has been started on Shayrat airfield located 35 km from Homs. It will host aviation, supply and covering units.

The sources in the Russian power-wielding authorities say that utilization of Shayrat airbase is required for building the operation in the South and East of Syria. In particular, it is required for the advance in Palmyra area and farther to the East – on Deir ez-Zor, since Hmeimim airbase (province Latakia) is too far and it makes usage of assault aviation and helicopters impossible. The Russian air forces use Shayrat as a staging airfield for now. The Israeli sources confirm the activities of the Russian military transport aviation (An-124 aircrafts) at Shayrat airbase. 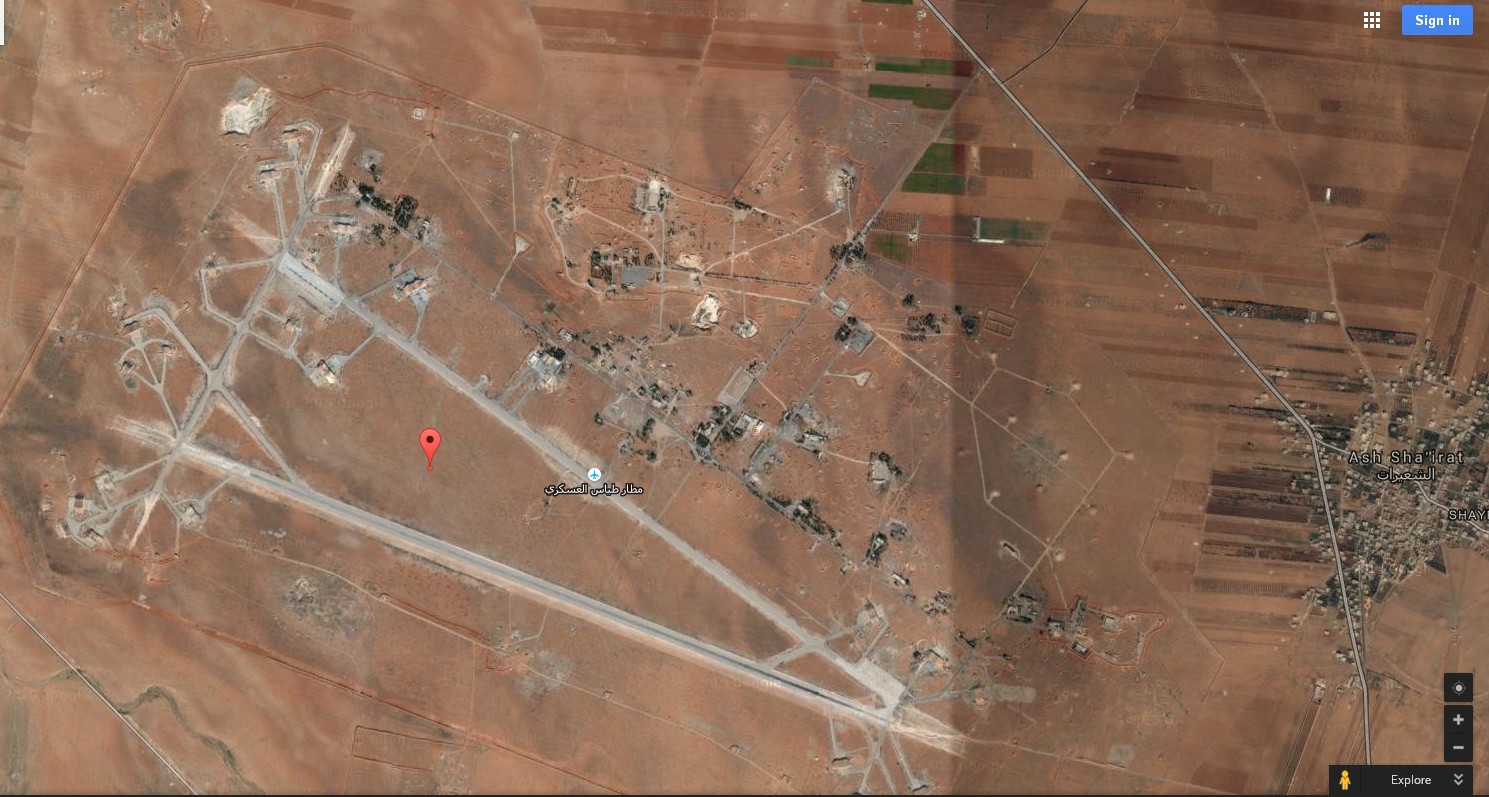 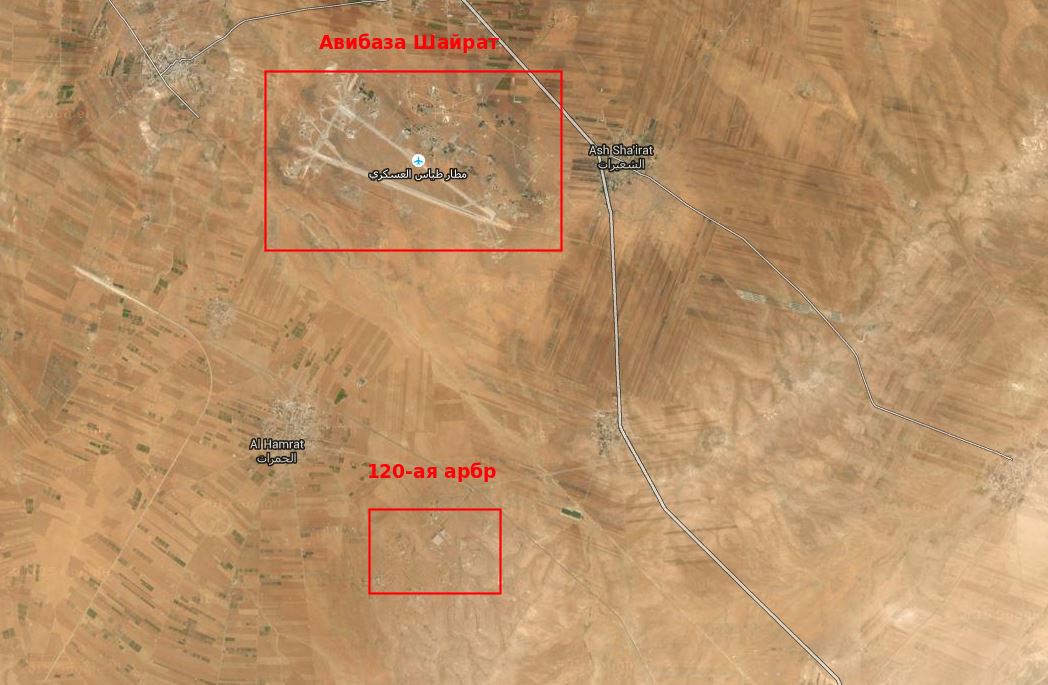 A map of the area near Shayrat airbase was demonstrated in a video presentation by Russia’s MD on November 17, 2015. This map showed the positions of the Russian forces’ 5th howitzer battery of the 120th guards artillery brigade deployed in that region on November 6. Also it can be seen on the map that as of 14:00, 6 November, there were 4 assault Mi-24 and 1 transport Mi-8 helicopters at Shayrat airfield. 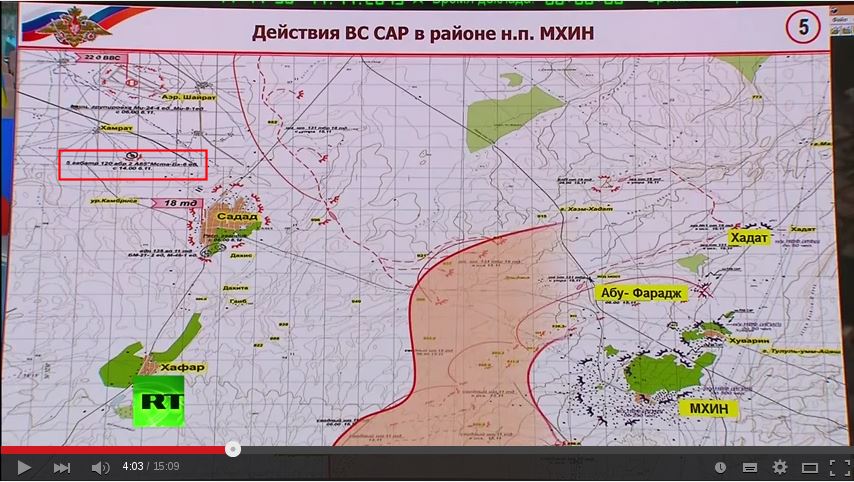 The Russian side still does not officially confirm using its forces in ground operation in Syria. According to the Kremlin, all the evidence presented in the media and social networks are provocative fakes.

In this regard, we want to remind the information published by our community in late October, 2015. The “Russia Began a Concealed Ground Operation in Syria” article states that movement of military convoy was registered in area near Al-Shelfatiyeh (Latakia region) on October 28, 2015. It included various unmarked military equipment – APCs, command vehicles, artillery and trucks which were identified as the Russian ground troops. It has been suggested that this are the means of the 120th artillery brigade of the 41st army (Central Military District, Yurga, Kemerovo Oblast, Russia).

All this makes the Turkish Prime Minister Ahmet Davutoğlu’s statement about the start of the ground anti-terrorist operation of the united forces of Turkey, Saudi Arabia and other countries in the territory of the Syrian Arab Republic even more interesting. Taking into account that Russia and coalition members have different targets, new incidents with the Russian servicemen, attacking the Syrian rebels which fight with Assad’s tyranny, are quite possible.

One Response to “Russia Deploys Another Military Base in Syria”