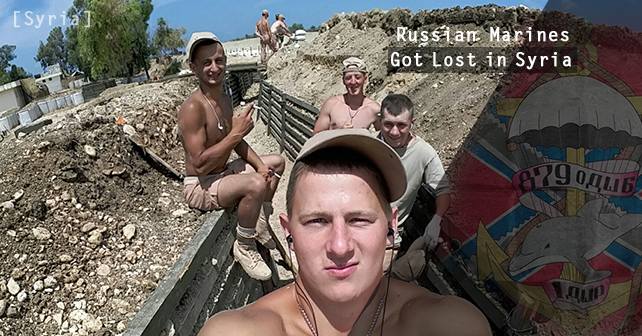 Evidence of participation of marines from the 879th assault battalion of 336th Separate Marine Infantry Brigade of the Baltic Fleet in the ground operations in Syria.

The OSINT investigation of social network profiles of Russian servicemen by volunteers of InformNapalm international intelligence community (IN) discovered new evidence of the “Syrian mission” of marines from the Baltic Fleet.

In the fall of 2014 IN started monitoring servicemen from the 879th assault battalion of 336th Separate Marine Infantry Brigade (military unit #06117, located in the town of Baltiysk, Kaliningrad Oblast) of the Baltic Fleet, who were discovered near the Ukrainian border in Voronezh oblast in June 2014. Later, in November 2014, a company tactical group of this battalion was observed in Rostov Oblast, near Millerovo base camp of the Russian invasion force aimed at Ukraine (read more in “Units of 336th Marine Infantry Brigade as part of invasion forces”). A year later, in November 2015, IN volunteers published a report on A. Serdiukov, a serviceman from the 336th Brigade, whose presence was registered in the Syrian province of As-Suwayda. After the publication came out, Serdiukov’s social profile page was erased by Russian security services.

Three years after the first observations of the 879th battalion, IN has found new photo evidence that proves the participation of this unit’s marines in the ground operation in Syria. The evidence includes a selfie http://archive.is/2FV2c, published on December 11, 2016 by a contract soldier Ivan Varzin https://vk.com/id93578658 in his social network profile. (archives of the profile http://archive.is/R9iGr, photo albums http://archive.is/NmQW6 and contacts http://archive.is/c0bms). Presumably, this picture was taken in the summer of 2016. It shows Russian servicemen, wearing expeditionary forces’ uniforms, preparing combat positions. 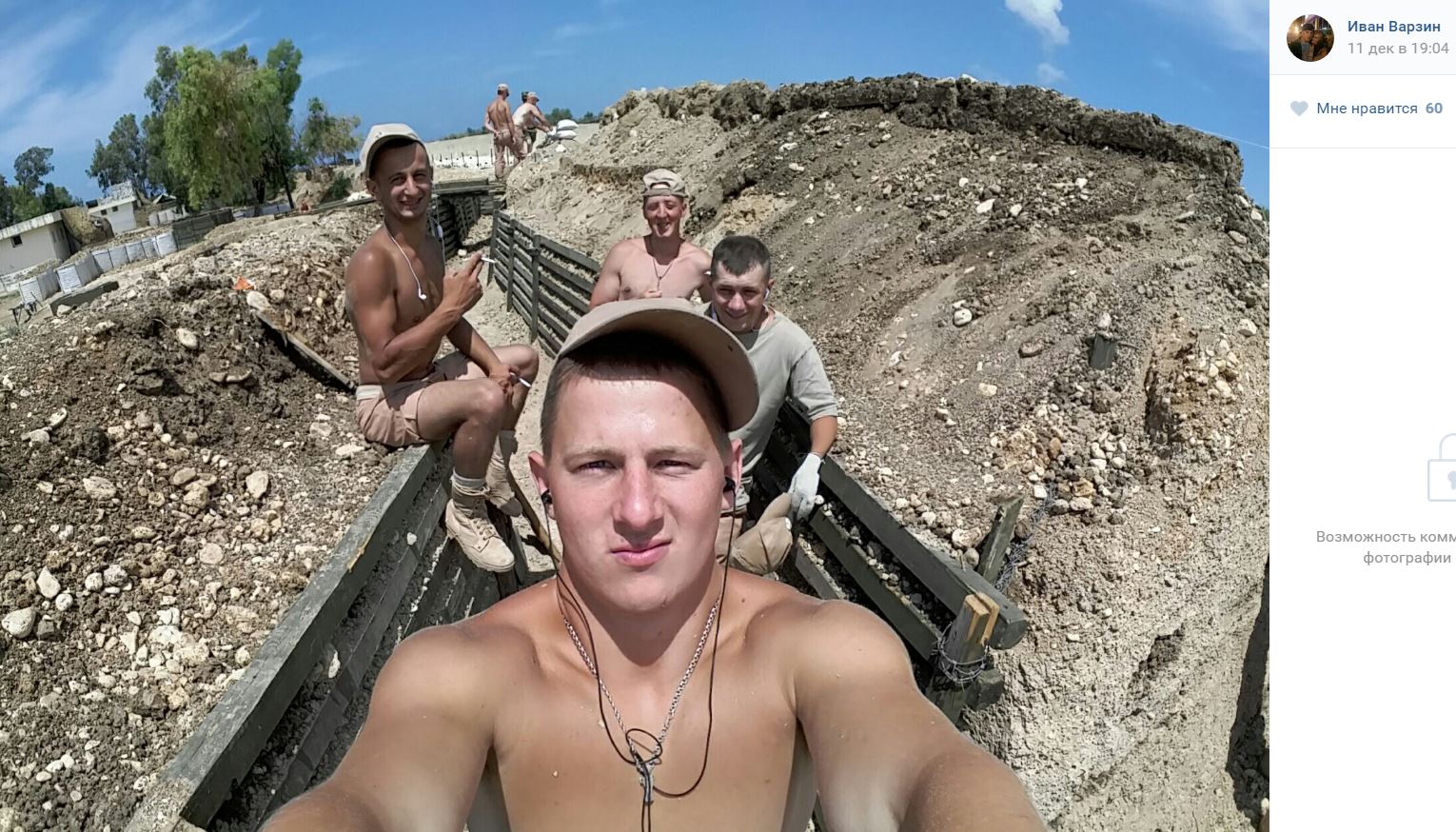 IN also checked the contact list of I. Varzin. There we can find more marines from the same battalion. Their social network profiles show direct and indirect evidence of their participation in the war in Syria. 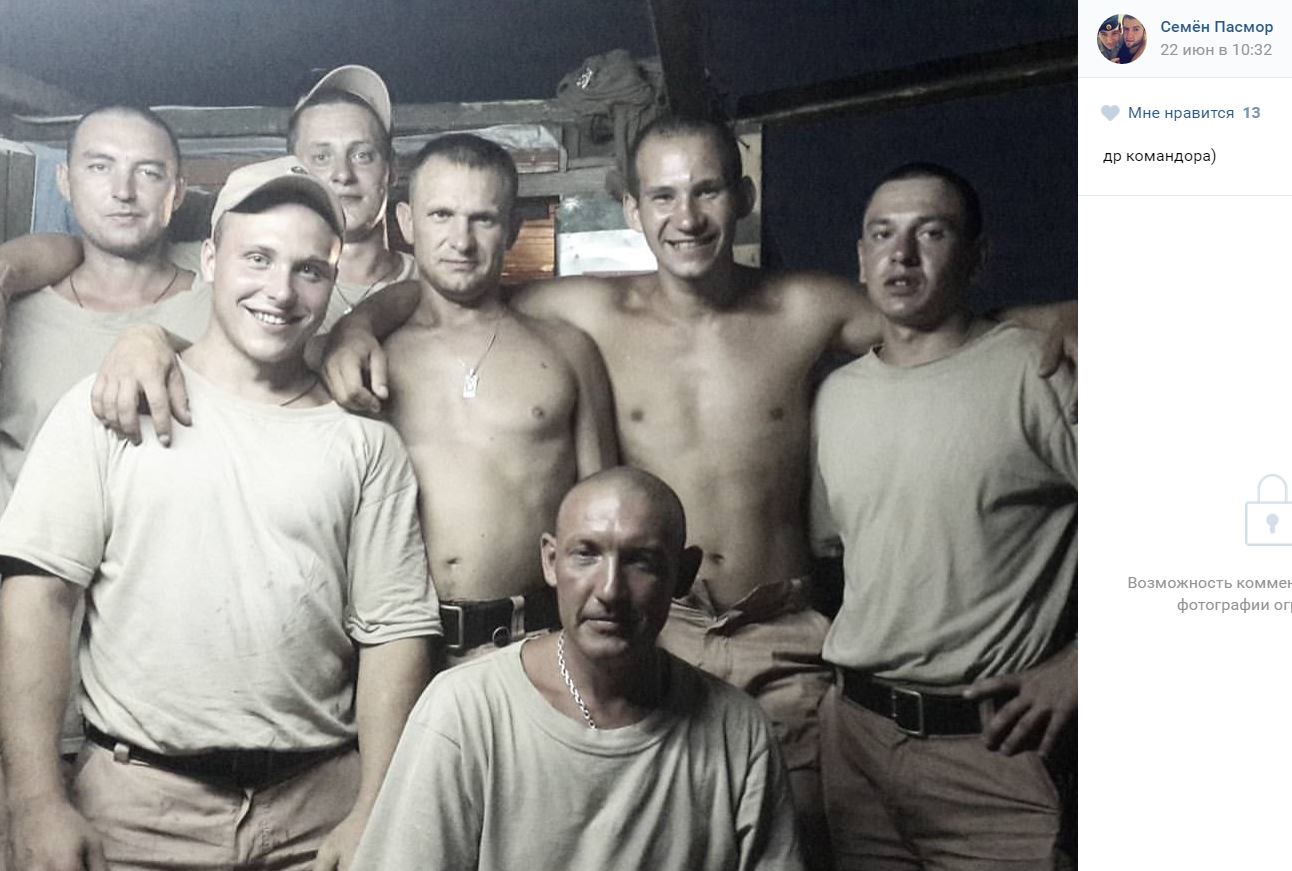 The photo uploaded in July 2016 by a marine from the same battalion Evgeniy Kharchenko (archives of the profile, photo album, contacts), which shows the stock image of the medal of Russian Ministry of Defense “To Participant of the Military Operation in Syria” also suggests the participation in a “Syrian mission”. It seems he’s trying to brag about the medal before having actually received it, dropping advance hints about his involvement. 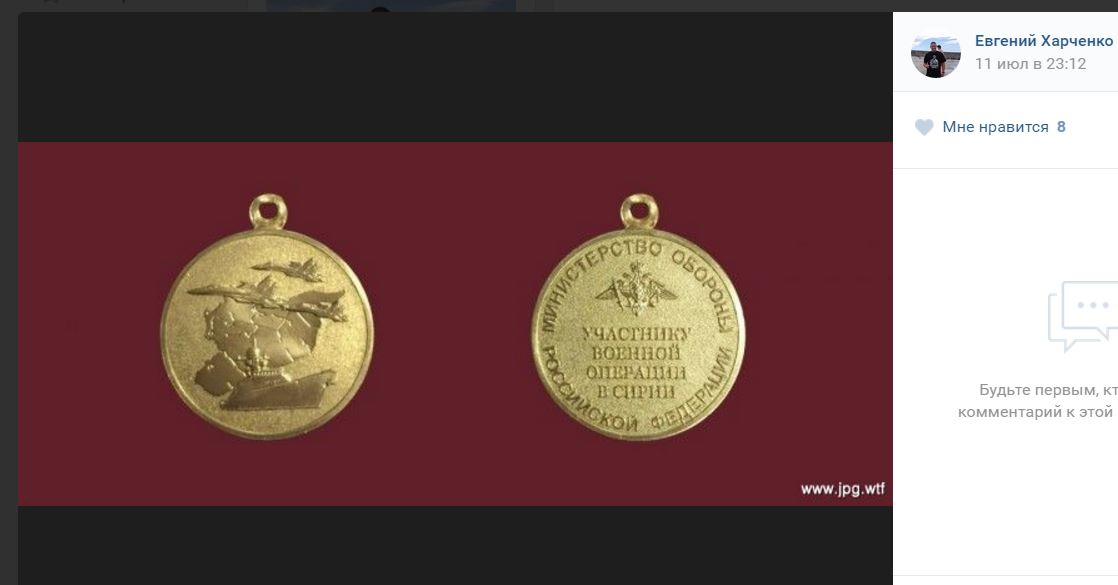 InformNapalm community sees many similarities between “Syrian missions” of Russian army and navy units and their “Rostov-Ukraine missions”. Units sent into combat are usually formed into company or battalion task groups, staffed with contract servicemen. Military units which had already gained some military experience in the Donbas usually end up in Syria as well. InformNapalm has already identified in Syria 16 Russian army and navy units:

In one way or another all of those units participated in “missions to Ukraine”. This list does not include units of special operations forces, GRU, Air Assault, military advisors together with Russian air force and the so called Russian private military companies, which appeared in Syria prior to the deployment of other military units. Also, in Syria Russian security services used their secret reserve, the “volunteer” fighters, who previously gained military experience in the Donbas.

This article was prepared for publication based on own OSINT-investigation. Written by Irakli Komaxidze. Translated by Maksym Sviezhentsev, Edited by Max Alginin.