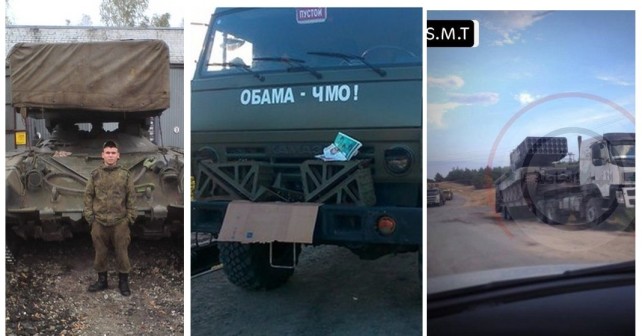 International volunteer group InformNapalm continues collecting information regarding the Russian Federation’s actions in Syria. Earlier we informed that, thanks to the materials by the Russian special correspondents, the data on an aviation group and Russian pilots that were on a ‘military assignment’ on the airbase in Latakia (Syria) was found. Despite that V. Putin, the president of the Russian Federation, once again declared on October 11, 2015, that Russia allegedly has no intention to meddle in the ground operation in this region, the events of recent days stated the opposite. Apart from the information about the BT-82A armored personnel carrier published in the ‘Russian Military Assignment from Novorossiysk to Syria’ article, InformNapalm documented the translocation of the Russian heavy flamethrower systems to Syria.

An interesting piece of information with the link to the Syrian sources appeared in the twitter account of Hassan Ridha and later on the Russian propaganda Internet resources on October 9, 2015. It demonstrated the transshipment of the TOS-1A ‘Solntsepyok’ [Sunheat] heavy flamethrower systems in Syria with the help of semi-trailer Volvo trucks. It should be noticed that these systems had the coloring typical to the similar vehicles of the Russian military forces, also no side numbers or other recognition signs were seen. 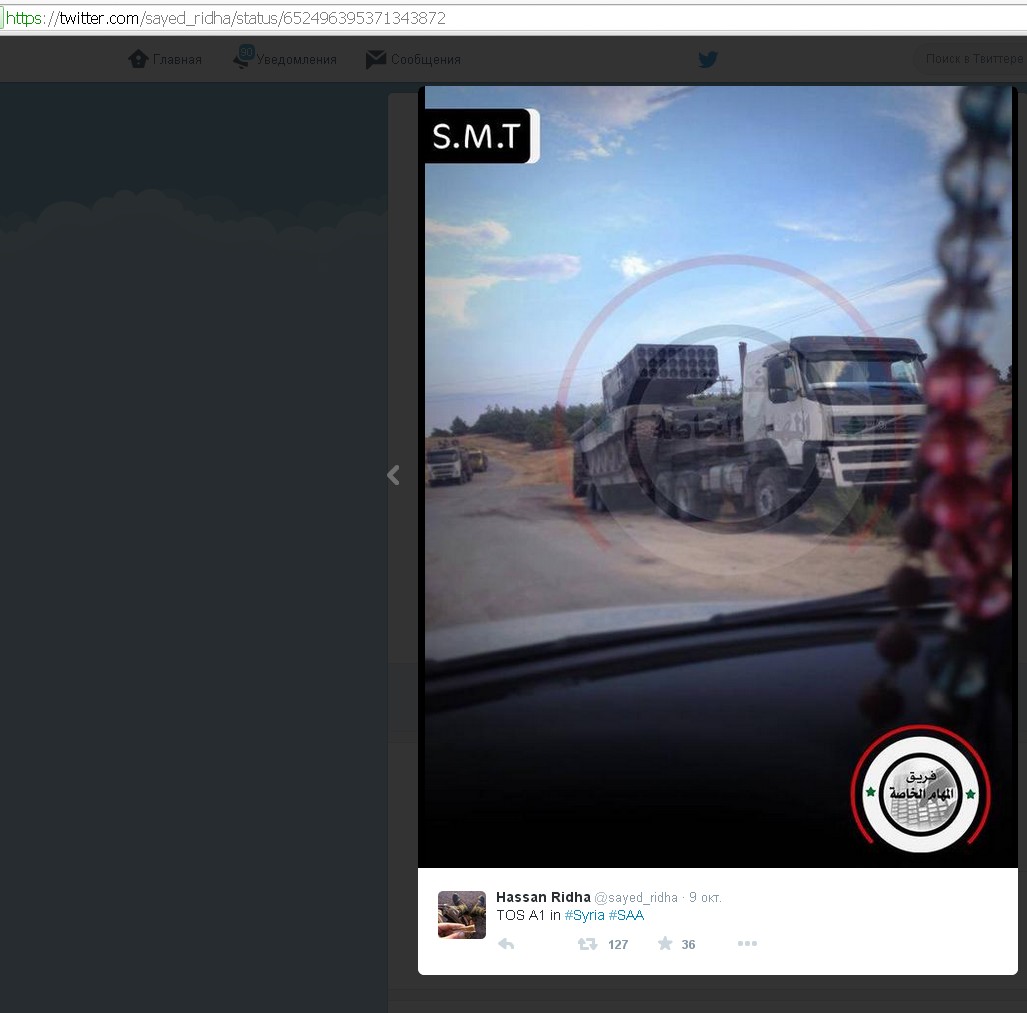 In the context of this news, other pictures of TOS complexes with desert coloring appeared on the net, but these were the pictures of Iraqi flamethrower systems delivered by Russia to Bagdad in 2014- 2015.

Amidst these events, the wikipedia article got another line in the section with the countries having in service similar Russian systems (Azerbaijan, Kazakhstan, Iraq) – now also Syria got this equipment, which was justified by the recent news that “Terrorists in Syria will be burned by ‘Sunheat’“, thus partly ‘legalizing’ such weapon delivery (we underline here that the Wikipedia article is based on an unofficial information).

Taking into account that TOS systems are new for the Syrians and they have never worked with it before, it would be reasonable to suppose that the personnel of the flamethrower systems will also be the Russian servicemen. In this case the Russians will combine roles of instructors and crew members, showing the army of Bashar al-Assad all the particularities regarding exploitation and the combat use of these systems.

Let’s notice that InformNapalm team recently also received an insider information that in the 20th separate regiment of radiation, chemical, and biological protection (military unit No. 12102, Western Military District, Tsentralnyi settlement, Nizhny Novgorod Oblast, Russia) a certain activeness regarding preparation of a group of officers and contract specialists as well as vehicles and weaponry (including heavy flamethrower systems) for deployment to Syria was noticed in the second half of September, 2015.

The fact that the 20th regiment really experienced some hype and preparation was indirectly confirmed by the news from the Ministry of Defense of the Russian Federation “WMD’s flamethrowers for the first time destroyed airborne descent of the simulated enemy with the salvo of ‘Solntsepyok’ systems” dated on September 30, 2015. Even though the training was listed as planned one the news run:

In addition to the insider information, studying the VKontakte profiles of the servicemen from the Nizhny Novgorod’s NBC protection regiment resulted in finding several pictures including the one of the TOS-1A combat vehicle with the military unit’s vehicle park in the background. Also a picture of a tented ‘KamAZ’ truck with a ‘Obama – schnook!’ sign was found in photo albums of some servicemen from this military unit. 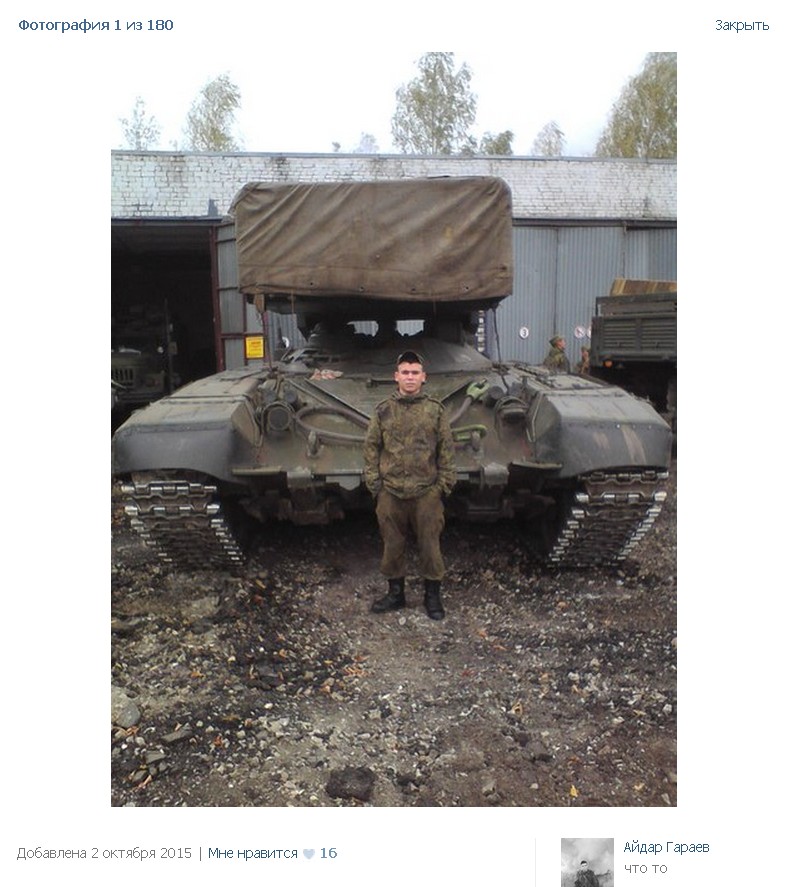 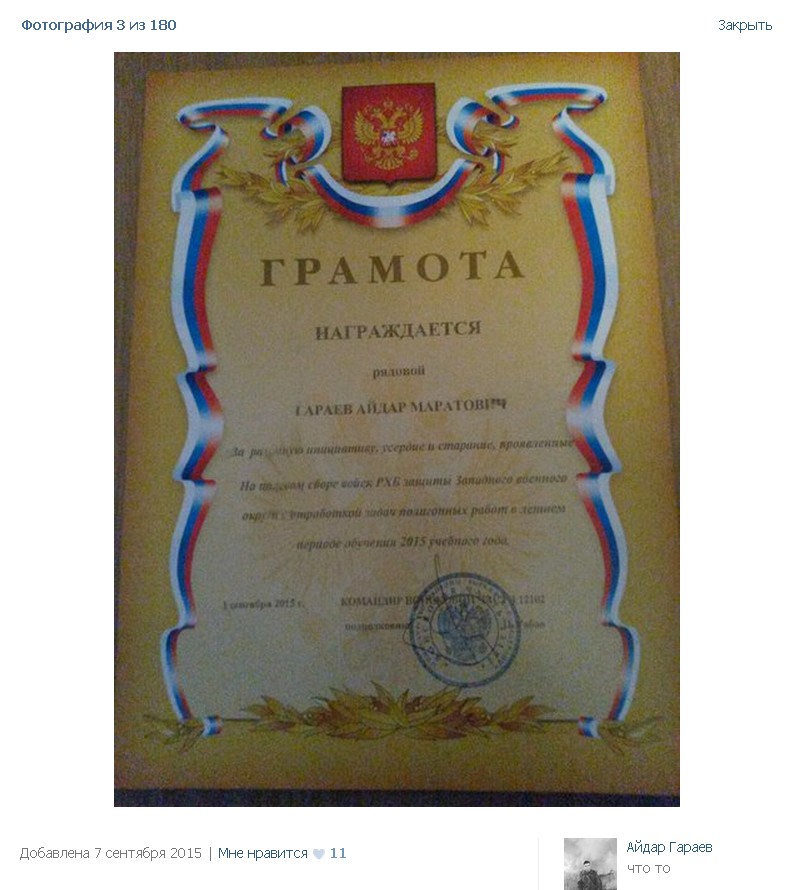 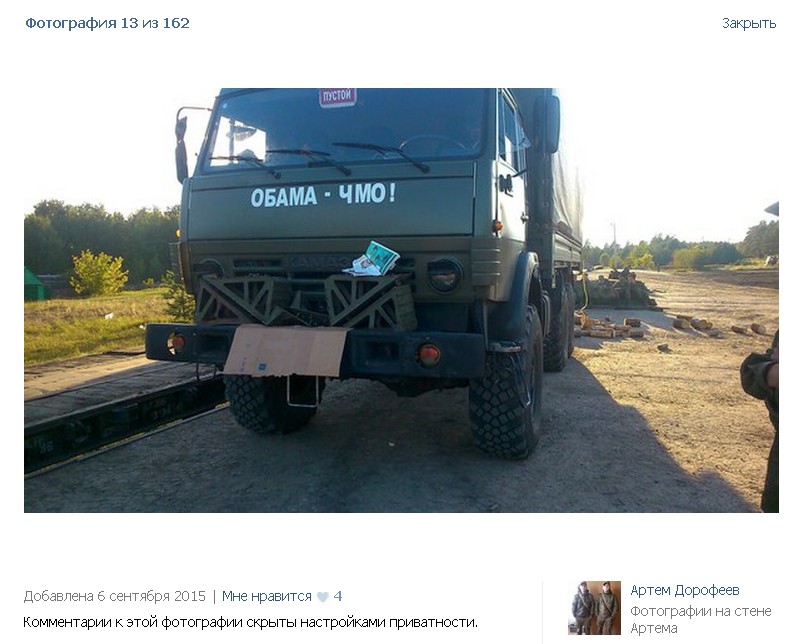 Taking into account all mentioned above, a conclusion can be made that the recent preparations observed in the 20th NBC protection regiment were apparently dealing with ‘the Syrian assignment’ of the military servicemen from this military unit. The vehicles noticed in Syria on October 9, 2015, seemed to belong to this regiment. There are reasons to suppose that the moved to Syria Russian TOS ‘Solntsepyok’ systems based on T-72 tanks sooner or later will be given to the Syrian side (since the Russian army rearms with TOSs based on T-90 tanks), but for a while the exploitation and combat use of these systems in Syria will be performed by the Russian soldiers. 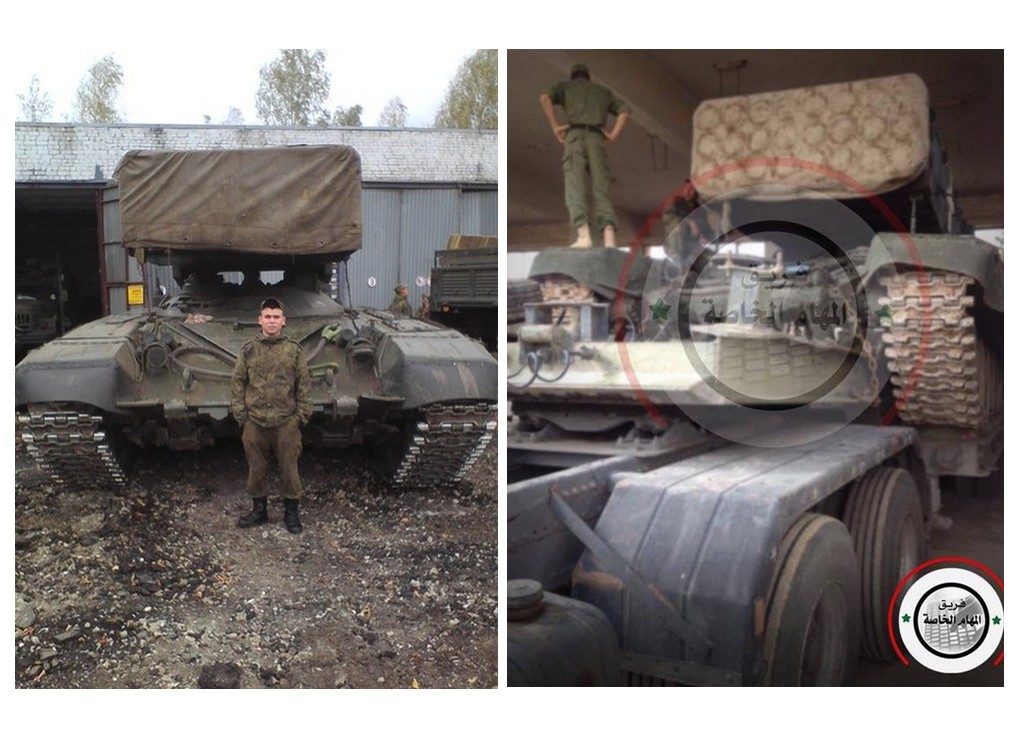 Note: separate NBC protection regiments within military districts and armed forces of the Russian Federation began their formation in 2014. New NBC protection units have been already formed in some districts. This is the 20th regiment in Nizhny Novgorod (WMD), 2 regiments are formed in Southern Military District (Republic of Ingushetia and the occupied Crimea), also 2 regiments are formed in Central MD, a new regiment will be formed by the end of this year in Transbaikal area (Eastern MD). The typical structure of NBC protection military unit includes squads of flamethrowers armed with RPO-A ‘Shmel’ portable rocket launchers and also by TOS-1 ‘Buratino’ heavy flamethrower systems and their modernized version ‘Solntsepyok’.