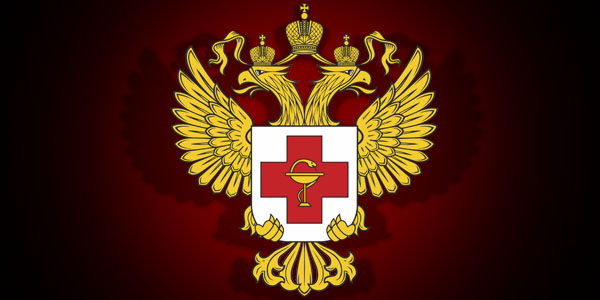 Separatists usually say that they have no place to rest, and that Russia does not care about them. But they play cunning, since these militants and the Russian career servicemen are treated in the same military hospitals in Russia. Frankly speaking, not all of them are capable to achieve this – only the ones who have gotten a piece of the Russian taxpayers’ money.

Perhaps, the most well-known ‘wounded separatist’ is a tank crewman Dorzhi Batomunkuev (VK profile, archive), who has been visited in Donetsk hospital by Iosif Kobzon [Soviet-Russian singer].

Spartak Tipanov, Dorzhi’s commander who burned in a tank too, is also treated in Donetsk: 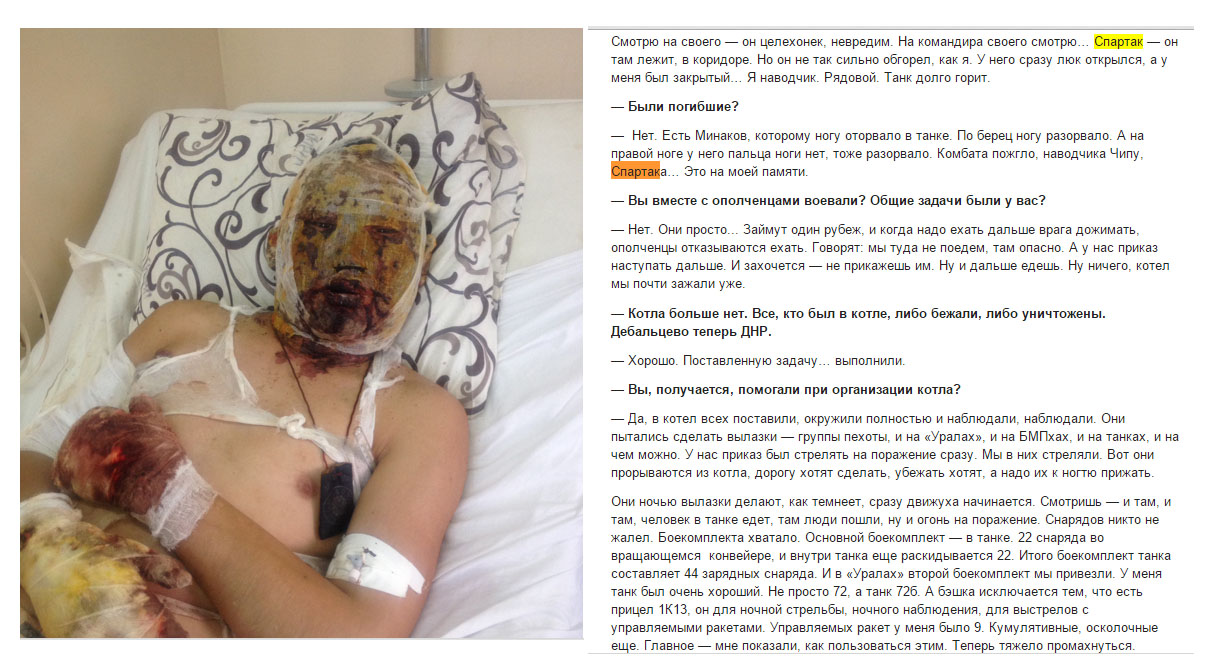 The pictures of the wounded Russian servicemen can be found in the profiles of the local militants as well. This is Andrei Mudry (VK profile), a local separatist from Donetsk. And he often visits his injured comrades. This picture shows him together with his wounded friends in front of the SportMaster store in Donetsk (Artema str., 147-B), and the picture itself was taken in the territory of Donetsk traumatology center (Artema str., 106): 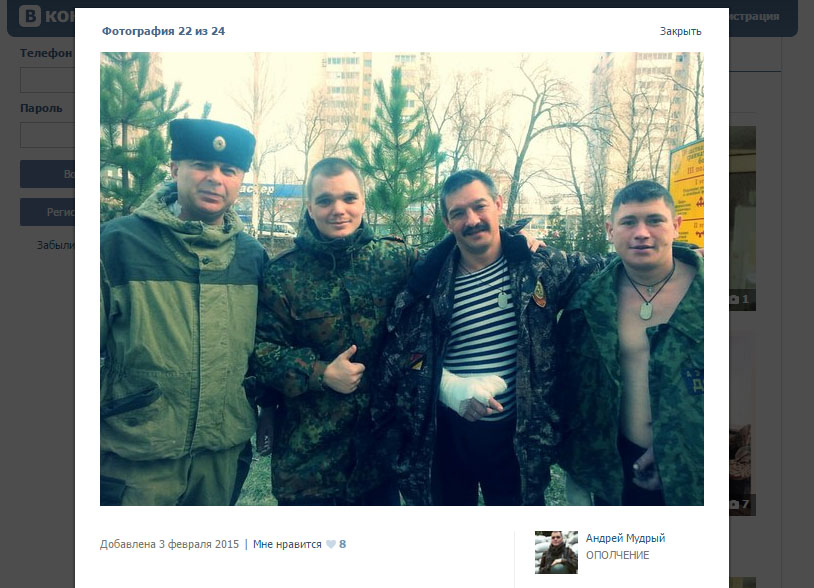 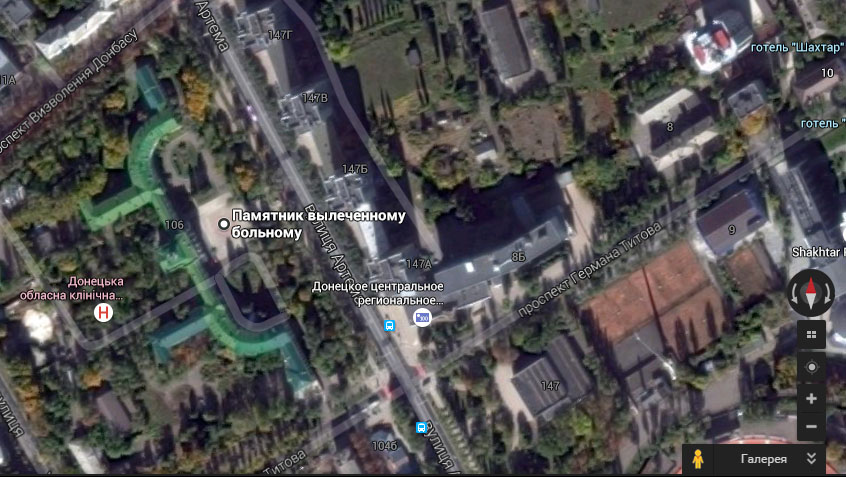 Here is another picture taken in the hospital yard (possibly the same Artema str.) – Spartak Tipanov is the first from the left in a blue patient gown (VK profile, archive). 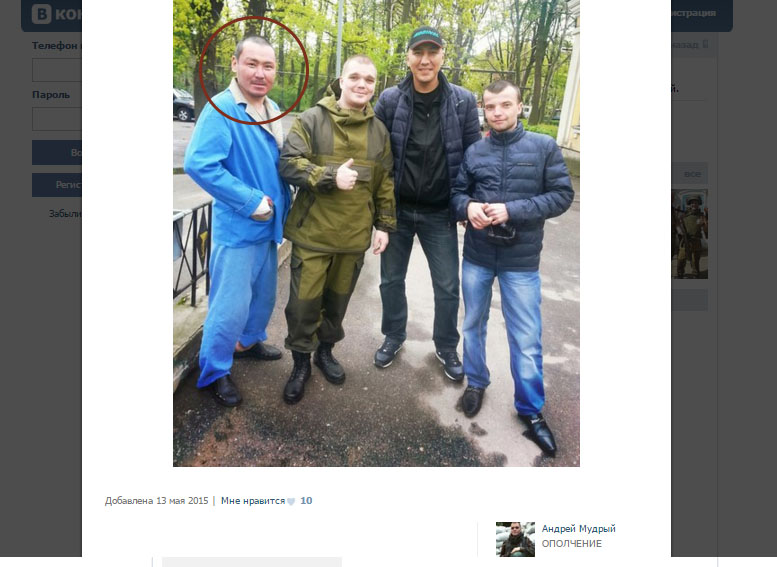 Shortly, Andrei Mudry receives a wound himself and poses with other injured separatists. Who knows, maybe we see the burned Batomunkuev on the right: 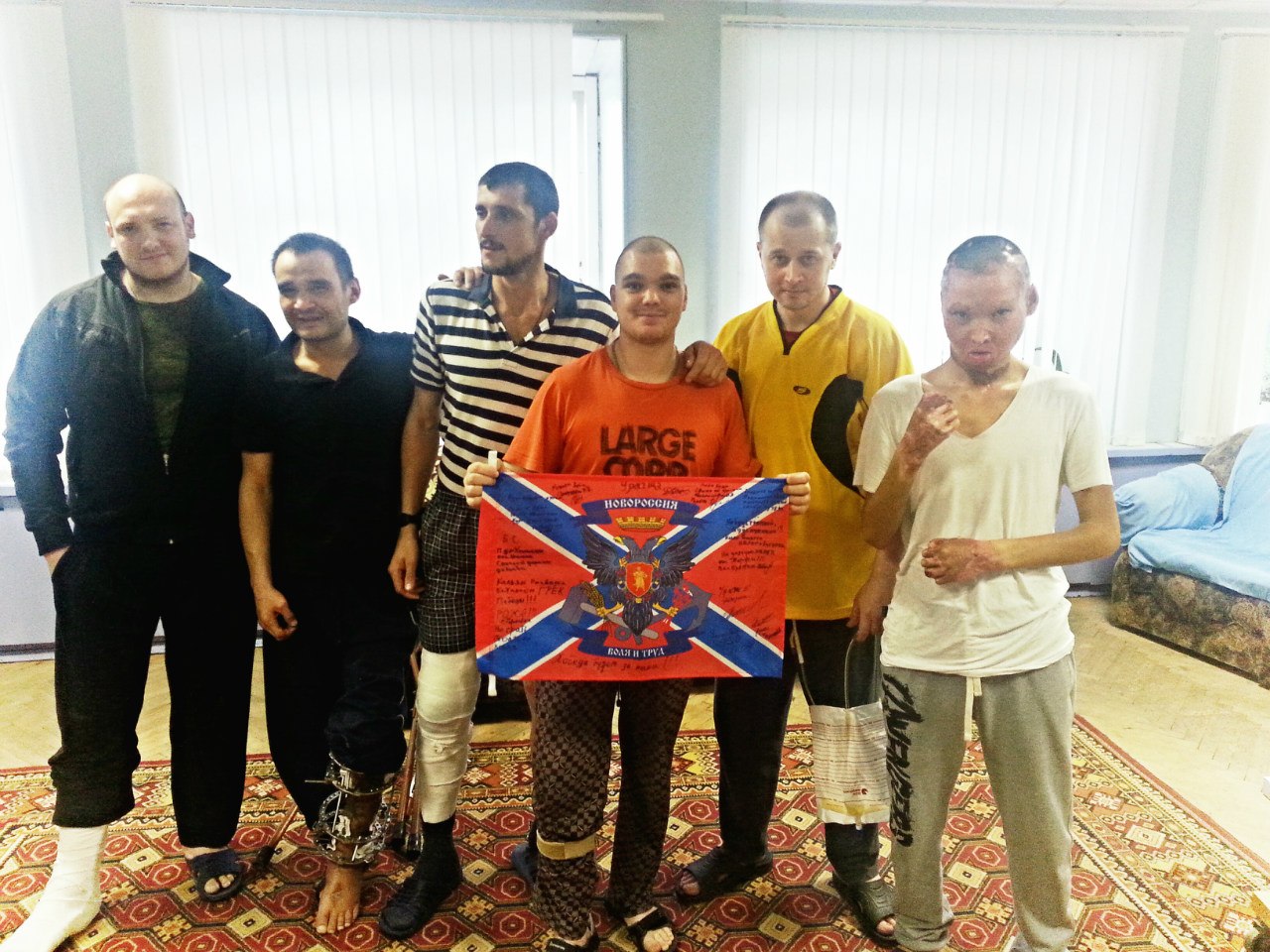 At that time Tipanov moved to St.Petersburg. There he uploaded a photo with the entrance to the 442nd Military Hospital of the Russian MD (branch No. 14, Kamenka, Leningrad Oblast) in background: 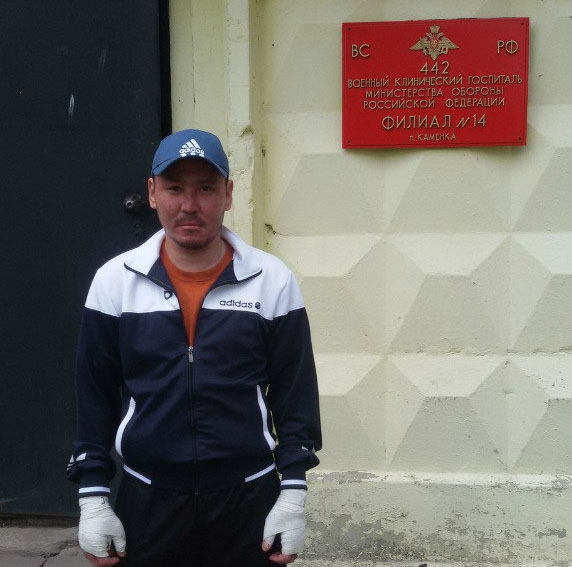 What is Kamenka village interesting for? There is almost nothing civil, just the base of the 138th guards separate motorized rifle brigade (military unit No. 02511). And the 442nd military hospital.

A wooden church can be specified as a point of interest here: 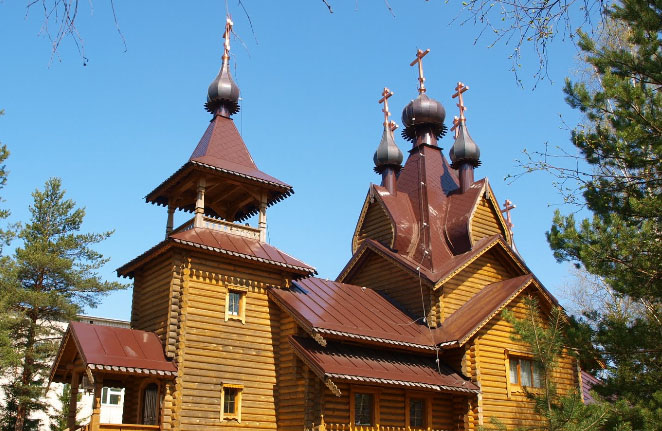 It serves as the main background for most of the pictures made by patients.

These are the Russian serviceman Tipanov and the Ukrainian separatist Mudry near the church (archive). 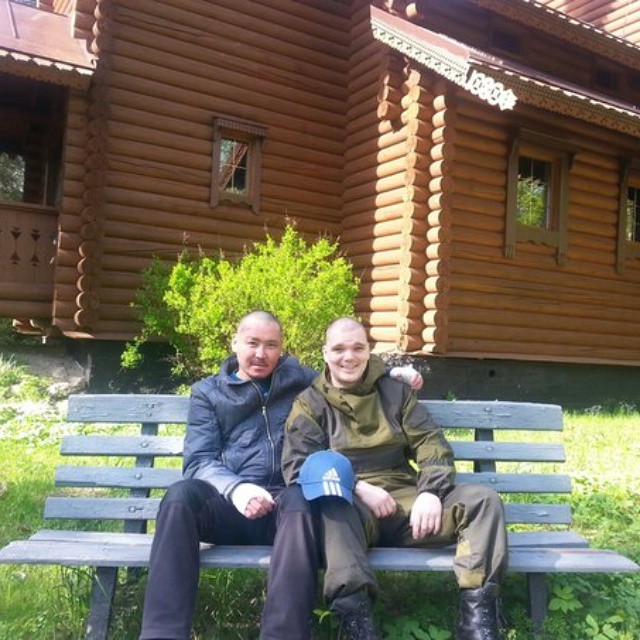 Tipanov alone in front of the church: (Instagram, archive): 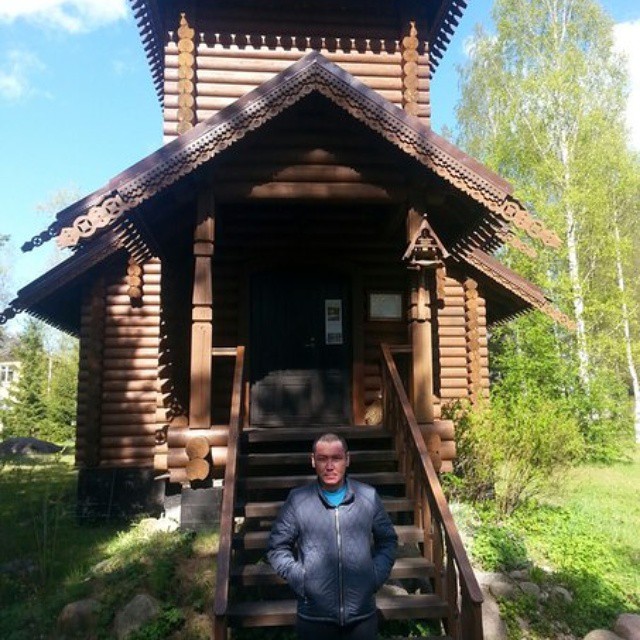 Is it possible that Mudry got to the same hospitals as Tipanov in both Donetsk and Kamenka by accident?

But this is far not the only case when separatists from Donbas are treated in the Russian hospitals. This is Nikolai Pervak from Mariupol (VK profile, account archive, photo archive,  and another archive with him wounded): 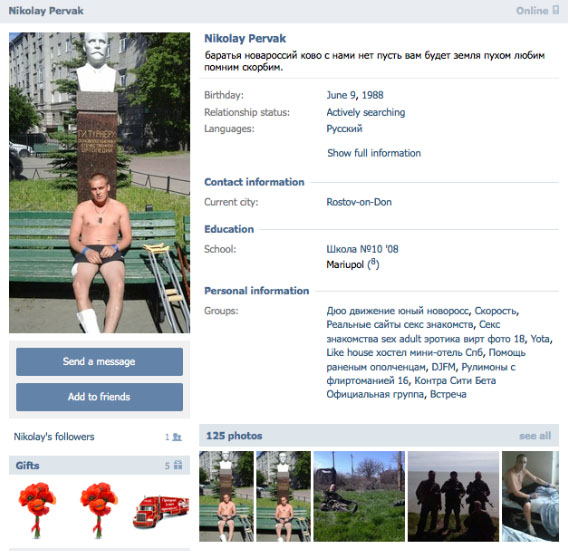 In the beginning of this year he fought against the Ukrainian army in Shyrokyne and was injured there (photo, archive). 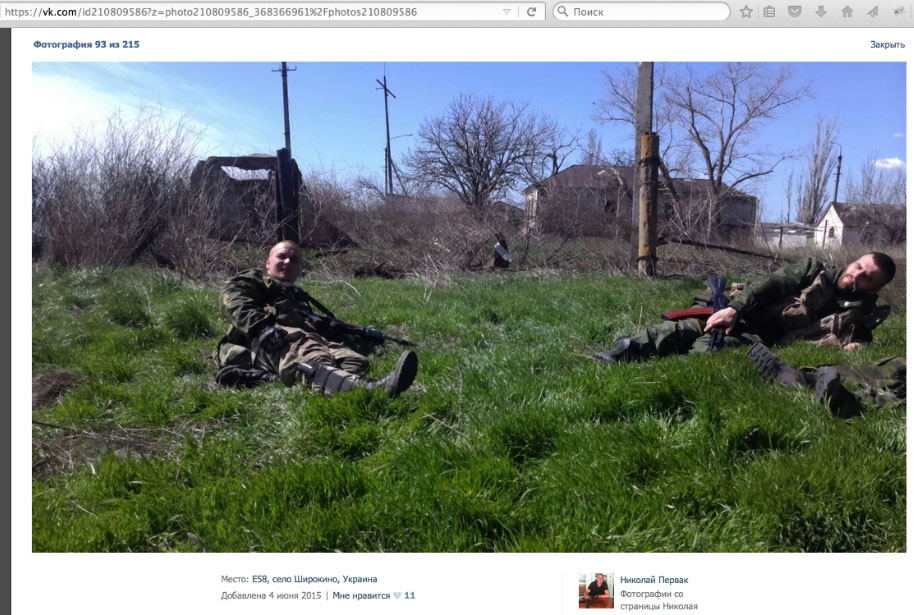 And, to undergo treatment, he goes to trauma and orthopaedic clinic in St.Petersburg (Botkinskaya str., 13) and takes a picture in the yard, in front of the monument to Turner, the founder of this hospital (photo, archive): 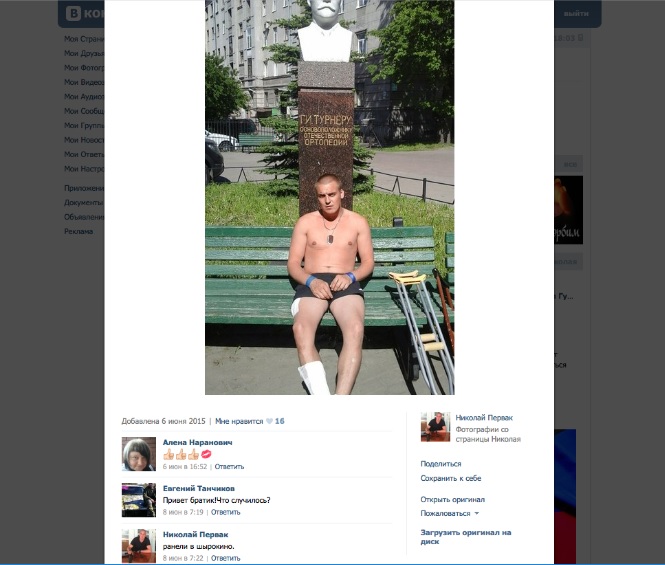 After the operation, Pervak moves to Kamenka for rehabilitation (photo, archive) 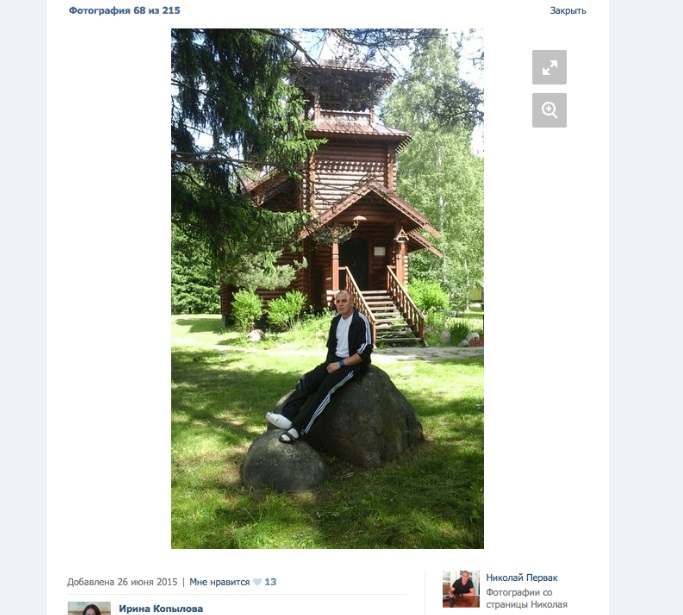 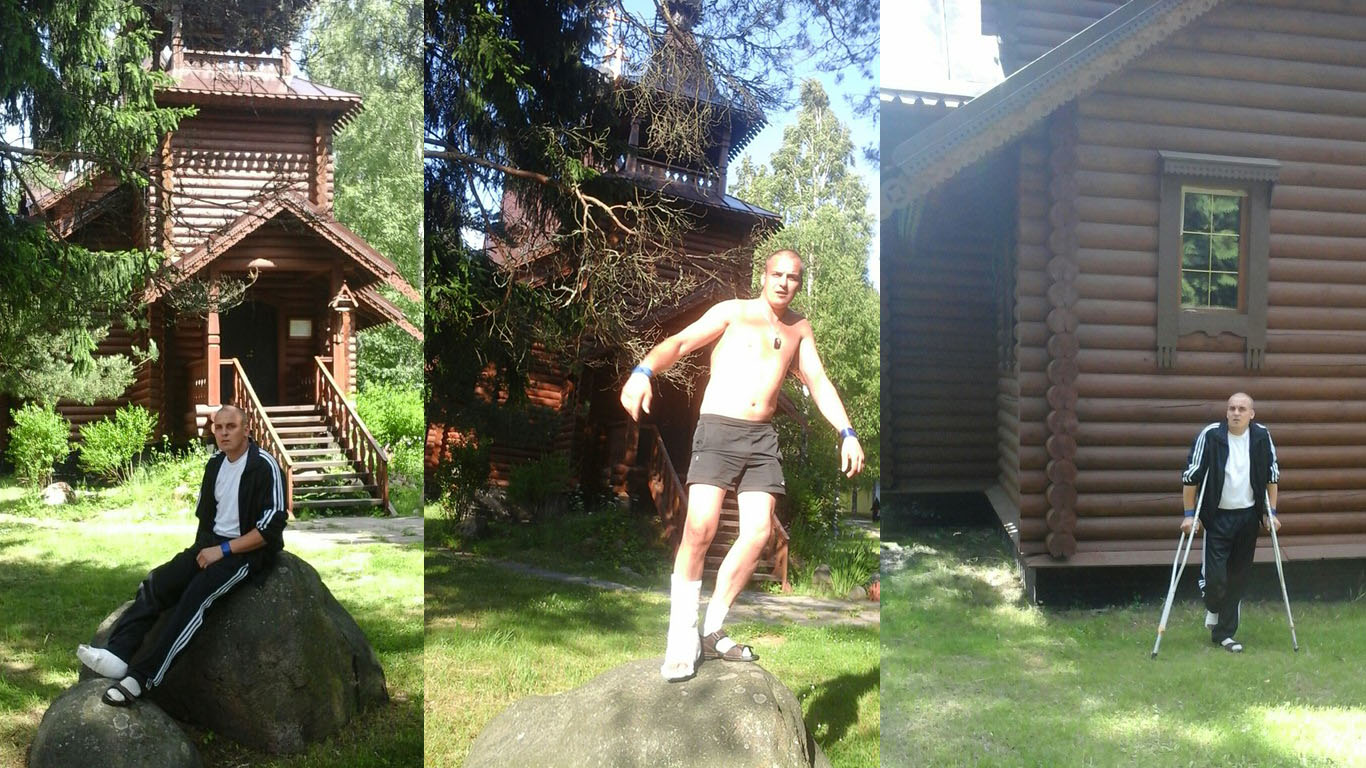 In the hospital, he takes the pictures of other Donbas’s militants as well. These separatists are treated using the Russian taxpayers funds, while the Russian citizens themselves experience issues in obtaining medical care services (photo, archive): 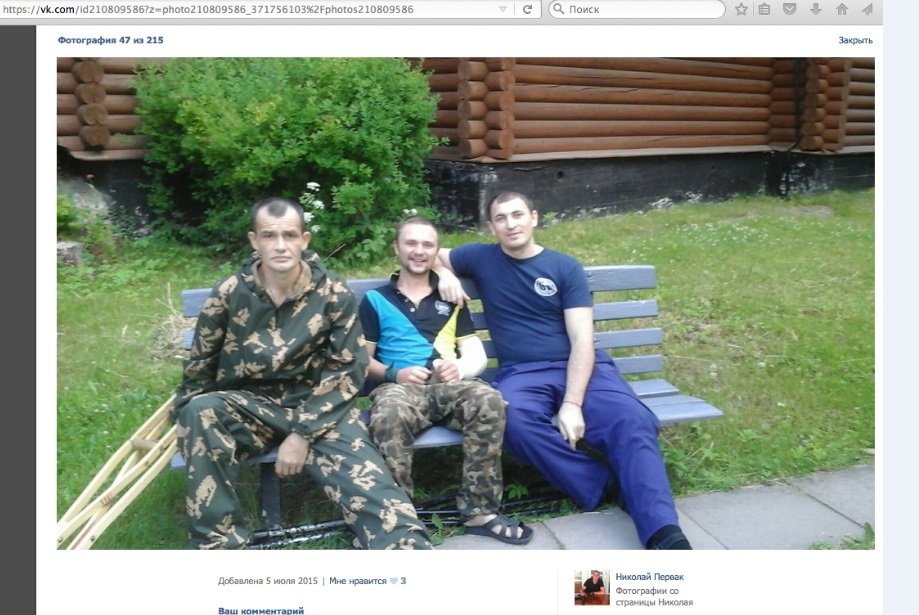 You can see a Russian terrorist Maksim Fedulov from Chelyabinsk on the left (same kind of picture in front the church). A Donetsk separatist Andrei Lisovoy can be found in the middle of the picture (VK profile, archive). 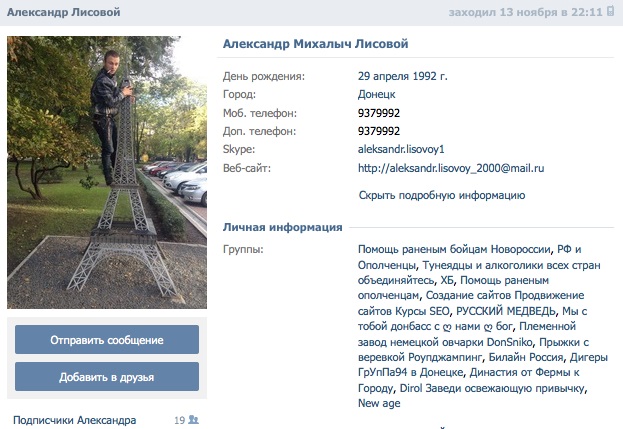 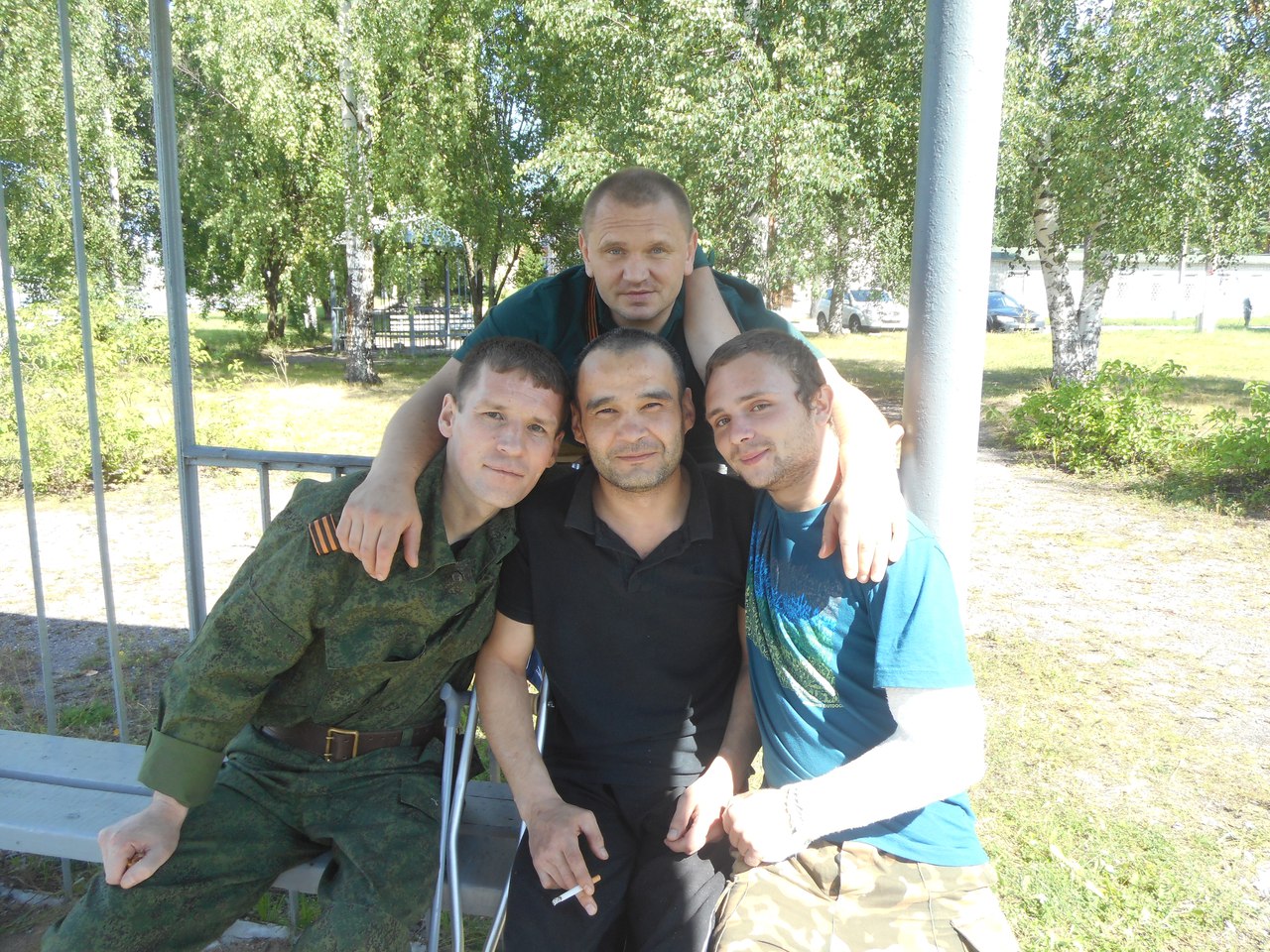 Roman Babich, a terrorist from Dokuchaevsk, is on the right (VK profile, archive). 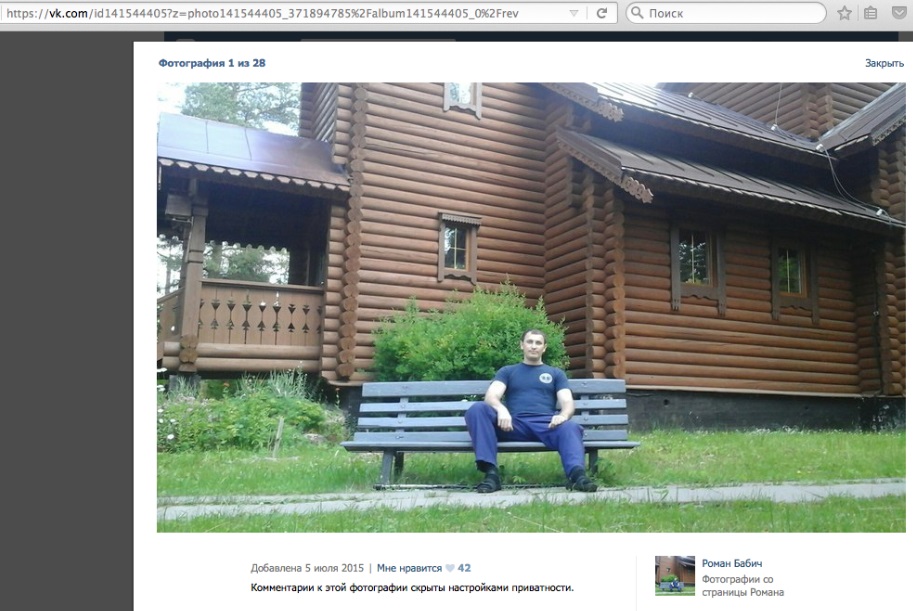 As we can see, Russia not only supplies militants with weapons, but also cures them together with her own servicemen in the Russian hospitals. It is pretty common for Russia to fund the terrorism under the cover of ‘international duty’, and we saw that in details in Donbas. The Russian health care has been called to active duty to assist the militants in the dummy Kremlin’s republics, and the money drain away in the direction of the unclaimed and unrecognized war with Ukraine.