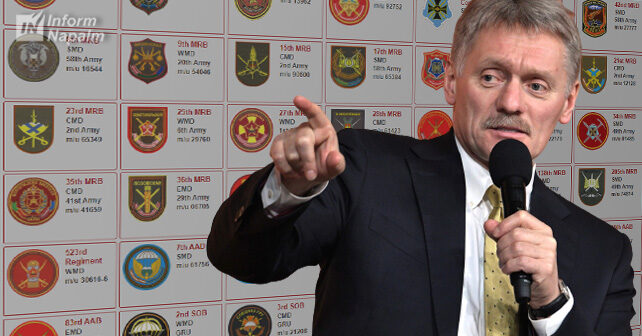 On October 13, 2021, the press secretary of the Russian President Dmitry Peskov, commenting on the statement made by President of the European Commission Ursula von der Leyen following the EU-Ukraine summit in Kyiv that Russia should admit its responsibility as a party to the conflict in the Donbas, said:

“There have not been any of our military units in Ukraine’s southeast. Ukraine, first of all, must settle this issue on its own, and it can only be done by implementing the Minsk agreement.”

Since 2014, such official statements have been periodically heard from the mouths of Russian President and other high-ranking official representatives of the Russian Federation. But these words are easily refuted by numerous facts and evidence of Russian military aggression against Ukraine. This military aggression began with the seizure and occupation of Ukrainian Crimea and continued in the form of the Russian occupation of the Donbas under the disguise of the so-called “DPR” and “LPR” terrorist gangs which are controlled by Russian military and special services.

Since 2014, InformNapalm international volunteer community has published more than 2,000 of its own OSINT investigations in public domain and systematized their findings into a large-scale interactive database of the Russian aggression. This database is the largest specialized thematic database in the world. It includes information about more than 2,630 Russian servicemen from more than 100 units of the Russian Armed Forces, as well as more than 50 types of Russian weapons and equipment that could not been captured from the Ukrainian army but were secretly supplied to the Donbas by Russians. The Russian Aggression database is available in six languages, and most of the OSINT investigations on which it is based have been translated into 10 or more languages.

Despite its scale, this is only a part of the huge amount of facts and evidence known to the world community from individual publications and reports, presentations on the sidelines of the Parliamentary Assemblies of NATO, the Council of Europe, and the OSCE.

Therefore, the statements of the Russian Federation at a high diplomatic level should not be viewed as an excuse for slowing down the process of forcing Russia to peace. Every false and cynical statement by Russian representatives about the war in eastern Ukraine hides the enormous scale of destruction, death and suffering of Ukrainian citizens, for which the Russian Federation should be directly responsible. Each false statement should be punished with sanctions and, at least, increased economic pressure on the Russian Federation, as an aggressor country that unleashed an aggressive war in Europe.

InformNapalm does not receive any financial support from any country’s government or large donors. Only community volunteers and our readers help us to maintain the site. You can also volunteer or support the development of the unique volunteer intelligence resource InformNapalm with your donations through Patreon