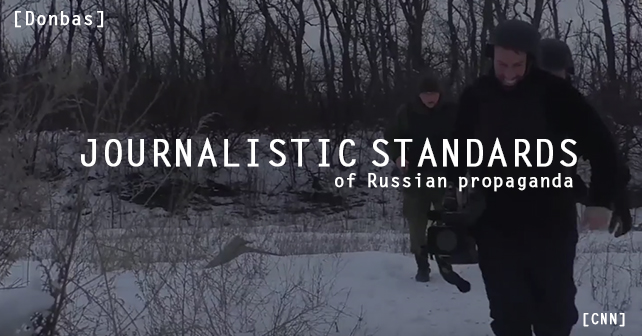 On January 25, Russian news agency News Front shared a video headlined CNN journalists at the positions of the army of Donetsk People’s Republic (DPR). The video was clearly shot for propaganda purposes on the positions of the Russian hybrid forces in the area of the industrial zone of Avdiivka.

The protagonists of the story are foreign journalists who come to the frontline positions to ask the militants bizarre questions about the newly elected US President Donald Trump. The journalists take no interest in either the presence of the Russian troops in Donbas, or the living standards of local residents under Russian occupation, or the situation at the front, but take a lively interest in “whether Trump will be friends with Russia”.

It is noteworthy that throughout this propaganda video, no names of foreign journalists are mentioned, they are only referred to as “CNN reporters”. 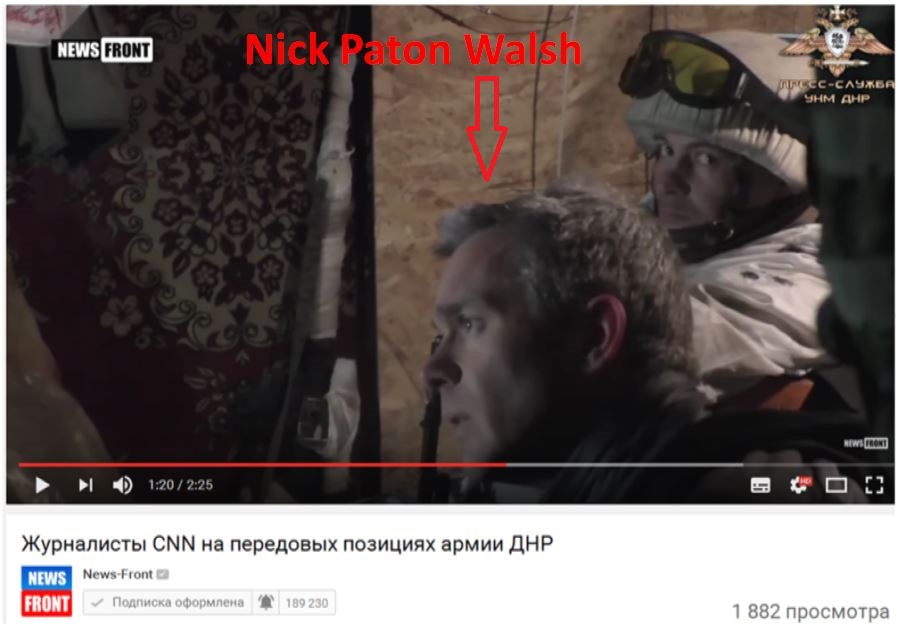 This same Nick Paton Walsh, who made reports from Slovyansk, Debaltseve, Donetsk airport, has already earned a reputation of a big fan of Putin’s policies. Contrary to the impartiality standards of journalism so revered in the West (which, as practice shows, are successfully manipulated by Russia in the context of the hybrid war), – some foreign journalists eagerly cover the events only from the occupied territories. They receive the accreditation of illegal armed groups and Russian occupation authorities, that act under the guise of Donetsk People’s Republic (DPR) and Luhansk People’s Republic (LPR). We have also shown conditions and circumstances of the recruitment and cooperation of foreign journalists in #EgorovaLeaks publications prepared by Mark Krutov, the information service of Radio Liberty editor with the assistance of InformNapalm back in August, 2016.

In October 2016, the European Parliament Committee on Foreign Affairs adopted the draft resolution, in which the content generated by the Russian media, particularly news agencies Russia Today, RIA Novosti, Sputnik, was likened to the propaganda materials of IS terrorist groups.

Nick Paton Walsh has willingly become an instrument of Russian propaganda. It is evidenced by another example, a report on Russia Today: CNN reporters: Donbas militia act as a state and not as rebels. This same reporter with the same cameraman have managed to visit Syria. 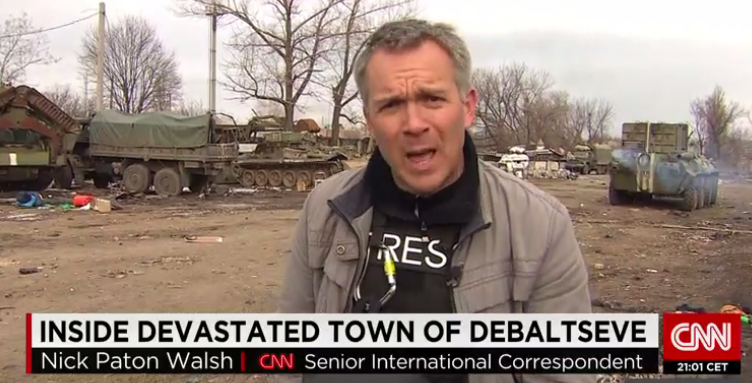 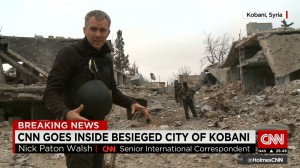 One of the Russian propaganda methods is worth a special mention. It relies on foreign opinion leaders and recruited journalists – citizens of the USA, UK, Bulgaria, Germany and other countries. Their authority is then used to manipulate public opinion not only of domestic Russian audiences, but also in the EU and NATO member countries.

No Responses to “Russian propaganda and CNN reporters in Donbas”