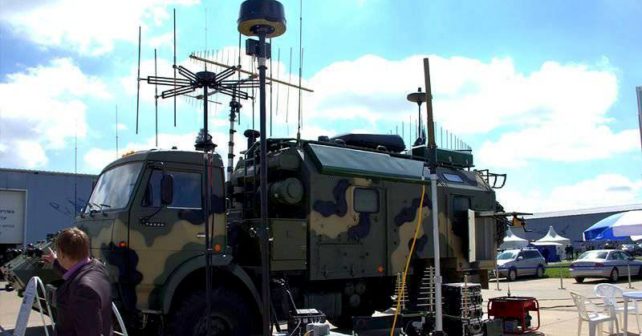 On July 22, 2016, the Chief Directorate of Intelligence of the Ministry of Defense of Ukraine reported that a new state-of-the-art Shipovnik-Aero Jamming Station had been deployed by Russian terrorists in the center of Donetsk. InformNapalm volunteers, wary as always of statements not backed up by sufficient evidence, even if they are made by the most reputable government institutions, decided to look for evidence on their own.

A related investigation by Informnapalm volunteers identifying servicemen of the 33rd Separate Motorized Rifle Brigade (SMRB) (military unit No. 22179) of the Southern Military District of Russia spotted a place in Donetsk serving as a home station for various kinds of military equipment of the terrorists since late 2014. It is noteworthy that this particular unit of equipment has been kept on the same spot for over a year – perhaps, yet another indirect indication of its purpose.

InformNapalm volunteers have seen it before: the Russian occupation forces in Donbas have been known not to bother to relocate their communications or electronic warfare stations even after their coordinates were identified and published in media, keeping them their for months. An exemplary illustration of that is Russian R-330Z Zhitel jamming station spotted in Makiivka in June 2015 and kept there – on the very same spot – until it was destroyed on March 31, 2016.

This example demonstrates that Russian servicemen often do not care to remove electronic intelligence or electronic warfare stations from the “sweet spots” they found for their deployment, believing that the Ukrainian military tied by the Minsk ceasefire agreement will not respond and that OSCE observers “will not see them” or will not include their observations in their reports.

InformNapalm volunteers assist in spotting the locations of military and special-purpose equipment of the Russian terrorist forces, facilitating the efforts of both international observers and the Ukrainian security forces.
This investigation is based around a number of assumptions which, however, have yet to be “field-proven” to be accepted.
So, let us now look at a number of satellite images in chronological order.

October 07, 2014: the football field near the building of the former military mine rescue unit is empty.

October 11, 2014 : something covered with a camouflage scrim net has appeared on the field; also, some machinery can be seen in the shadowy part of the field.

September 26, 2015: the Yandex.Maps image is identical to that of TerraServer.com.

Below is the photo that helped us discover this place, the photo posted by a serviceman of the 33rd SMRB of the Russian Armed Forces of himself on the roof of the building of the former eastern customs of the State Fiscal Service of Ukraine.

The green circle on the photo below highlights an unidentified antenna with an object below it not seen on any of the satellite images made up to then.

Let us also look at some of the recent photos taken on the same roof but on the other side of the building. Look at a new, clean box with cables extending in various directions on the left-hand side of the photo. 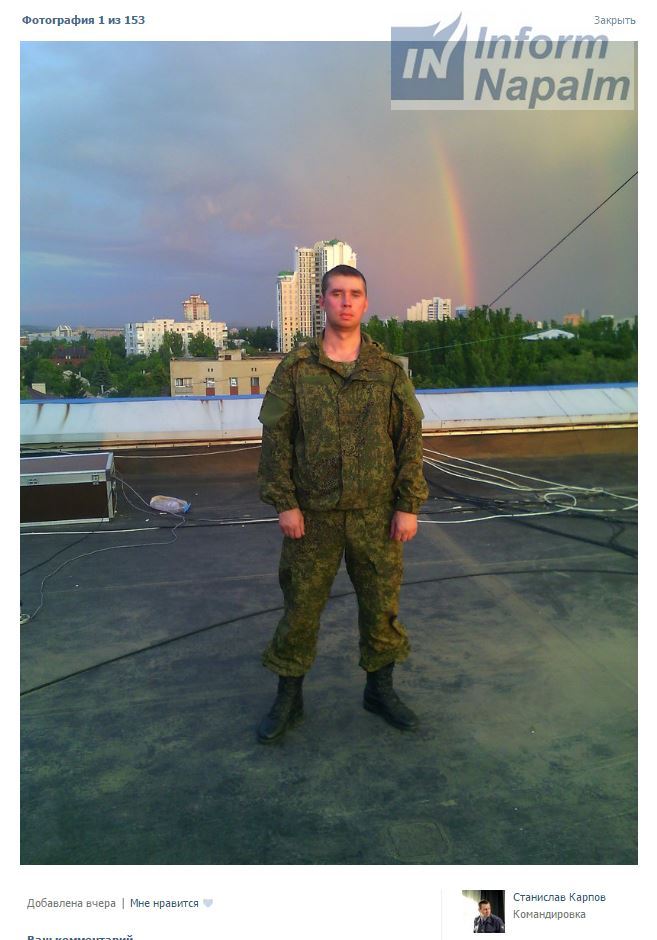 The aforementioned objects are located near each other, within less than 100 meters. It is noteworthy that the location described in ExpoDonbas Exhibition Center in Donetsk is a Russian Military Base  is situated within a little less than one kilometer from these objects. This place probably serves as a kind of command headquarters of the Russian occupation forces in Donetsk.

Given the statement by the Chief Directorate of Intelligence of the Ministry of Defense of Ukraine and the above observations, the football field near the building of the former military mine rescue unit in Donetsk is probably where the Shipovnik-Aero Jamming Station is deployed. This information needs to be checked additionally; though it is clear that this place is, beyond doubt, ideal for the deployment of an electronic warfare station designed to jam and disable remotely-controlled aircrafts detected within its interception area.

Shipovnik-Aero Jamming Station is an electronic countermeasure against unmanned aerial vehicles (UAV), TV and radio broadcasting stations, command communications centers and cellular and other networks’ stations (modules). The station is capable of both broadband and narrow-band jamming of signals and frequencies and of distorting the data transmitted by source. In the latter case, it is the data receiver that is jammed rather than the source.
It takes about 25 seconds (from signal detection to interception) to neutralize a UAV. If a UAV’s control signal frequency is known, it is neutralized within a matter of a second. Collecting, processing and analyzing the data on a detected UAV takes up most of the time; the neutralization (interception) itself is done in an instant. The designers keep working on reducing the UAV interception time, saying they will reduce it significantly.
Advanced UAVs are programmed to return to the launch site once the control signal is lost. Shipovnik-Aero overrides the program by generating a fake navigation field and replacing dynamic coordinates. The intercepted UAV having to use such coordinates flies to the area prescribed by the station. 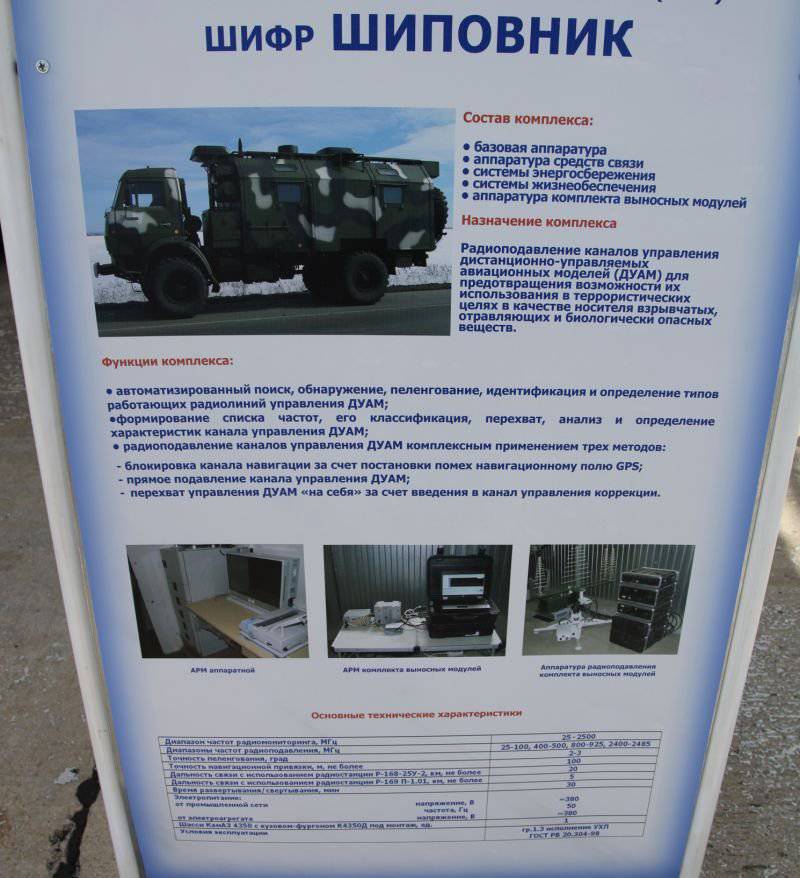 So, volunteers of the InformNapalm international community monitoring the satellite imagery and social network accounts of the Russian servicemen stationed in the occupied part of Donbas have found some indirect evidence of yet another kind of Russian special-purpose military equipment which has just entered service with the Russian army. New photos or videos from the location described could add to the evidence base significantly, but, since we don’t have any so far, we do hope that the OSCE observers will visit the facility and describe the experience in their reports.

This publication was prepared by Vidal Sorokin, a volunteer of the InformNapalm international community.