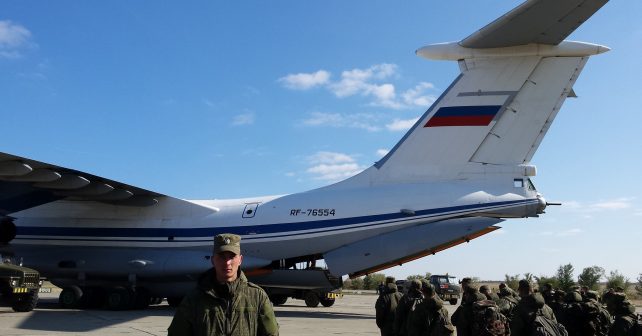 Russia has been denying participation of its regular officers in combat operations in Ukraine for two and a half years. But still the number of proofs of the contrary only keeps growing.

With all that super secure and anonymous profile of a typical Russian soldier, who took part in Russian-Ukrainian war, almost all of them have skeletons in the closet. And we get to find some of them. The ever growing list of Russian military units, engaged in wars in Georgia, Ukraine and Syria looks complete by now, as new investigations keep coming across familiar units all the time. The complete list of those military units and their links is presented in Syria section of our site.

InformNapalm team, with the help of friendly contacts on social networks, revisits previously discovered personalities and stories to enhance them with new evidence.

That is the case with Aleksey Kozlov, a “peacekeeper” from Russia (born January 18, 1989, served at 15th Separate Motorized Rifle Brigade, military unit 90600, Roshchinsky, Samara Oblast, Central Military District). Apparently, he is ashamed of his last name and therefore conceals it behind the nickname Chudaikin (archived account, album, contacts). 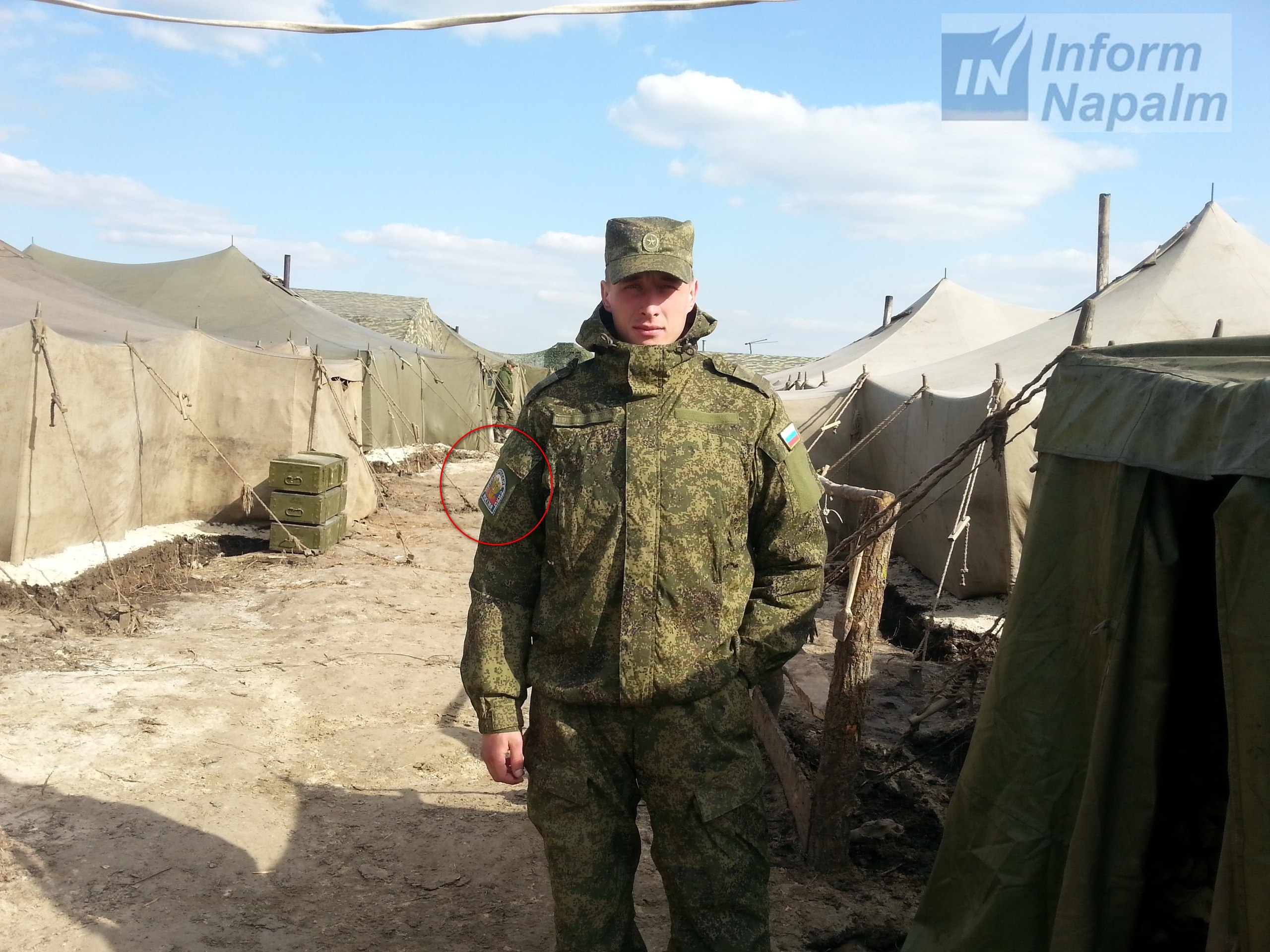 His another account (archive) reveals some details about him: he is a squad sergeant since 2011, there are proofs of service in military unit 90600. 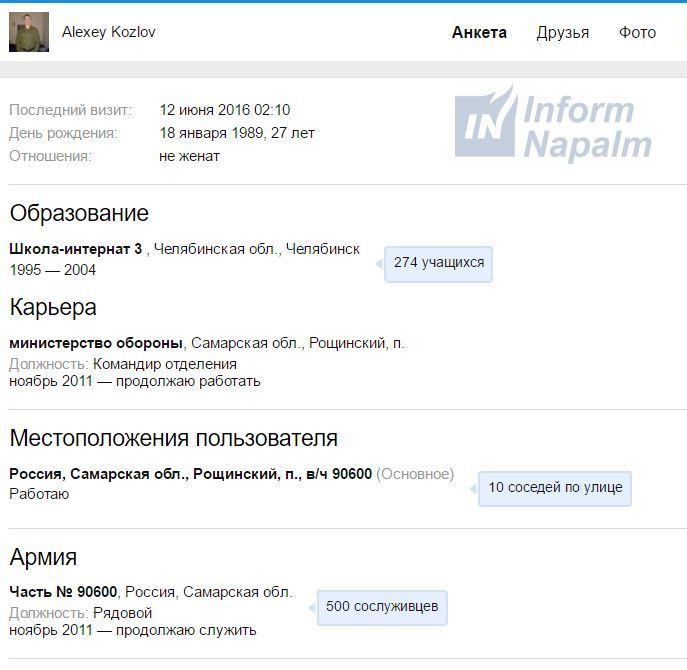 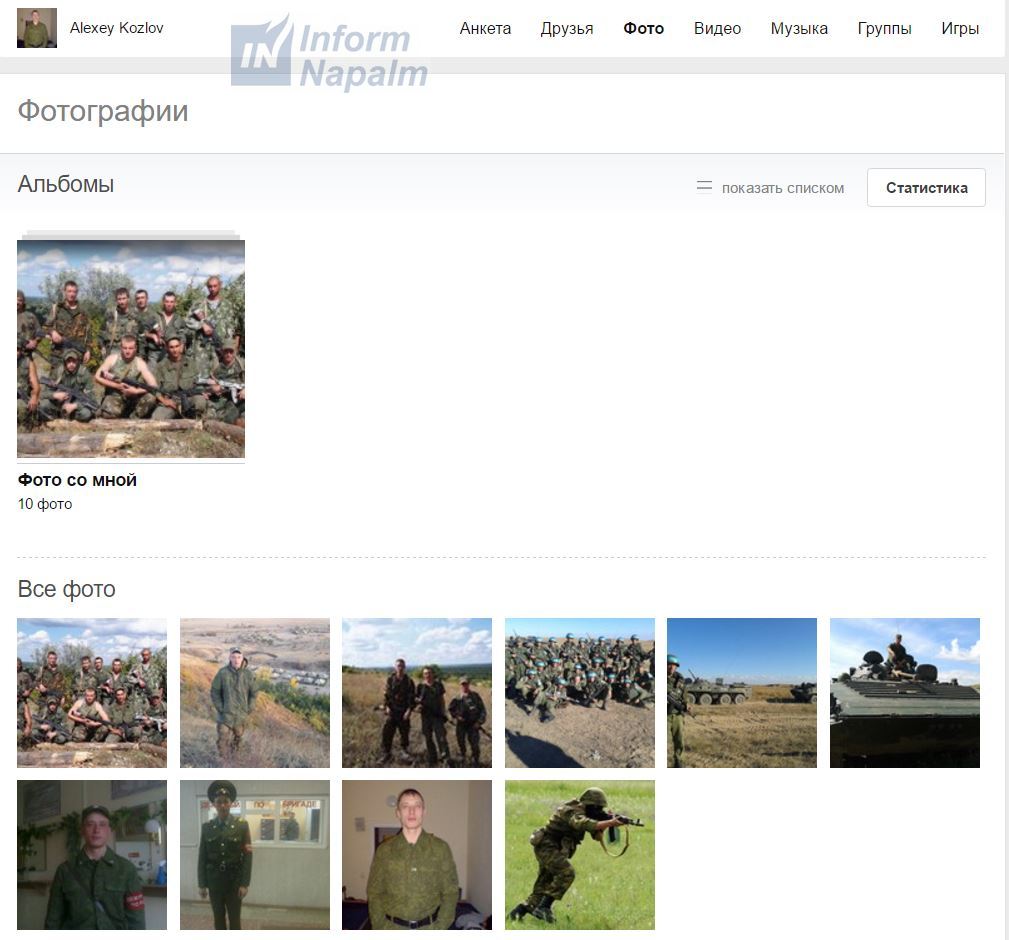 Here are some traces of squad sergeant Kozlov in Ukraine.

In autumn 2014 we have already described how servicemen of the 15th Motorized Rifle Brigade, from so-called “peacekeeping force” of the Russian Army turned into militants of Donetsk People’s Republic (DPR) and Luhansk People’s Republic (LPR). Kozlov was also spotted on those photos. 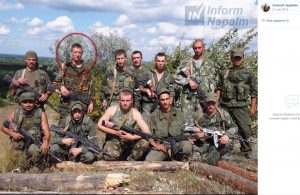 That was the time when border-straddling camp of the “peacekeepers” from Samara was detected in the vicinity of Akatnovka village of Kamensky District in Rostov Oblast of Russia (coordinates 48,286871, 40,122826). But the skeptics demanded more proofs. And proofs we had.

According to the Google Earth satellite images, on  August 08, 2014 there was an empty field and a tree belt at this spot. Military equipment appeared there on August 22, 2014. And on November 21, 2014 we see only traces of those army tents that we saw close up on Kozlov’s photos. 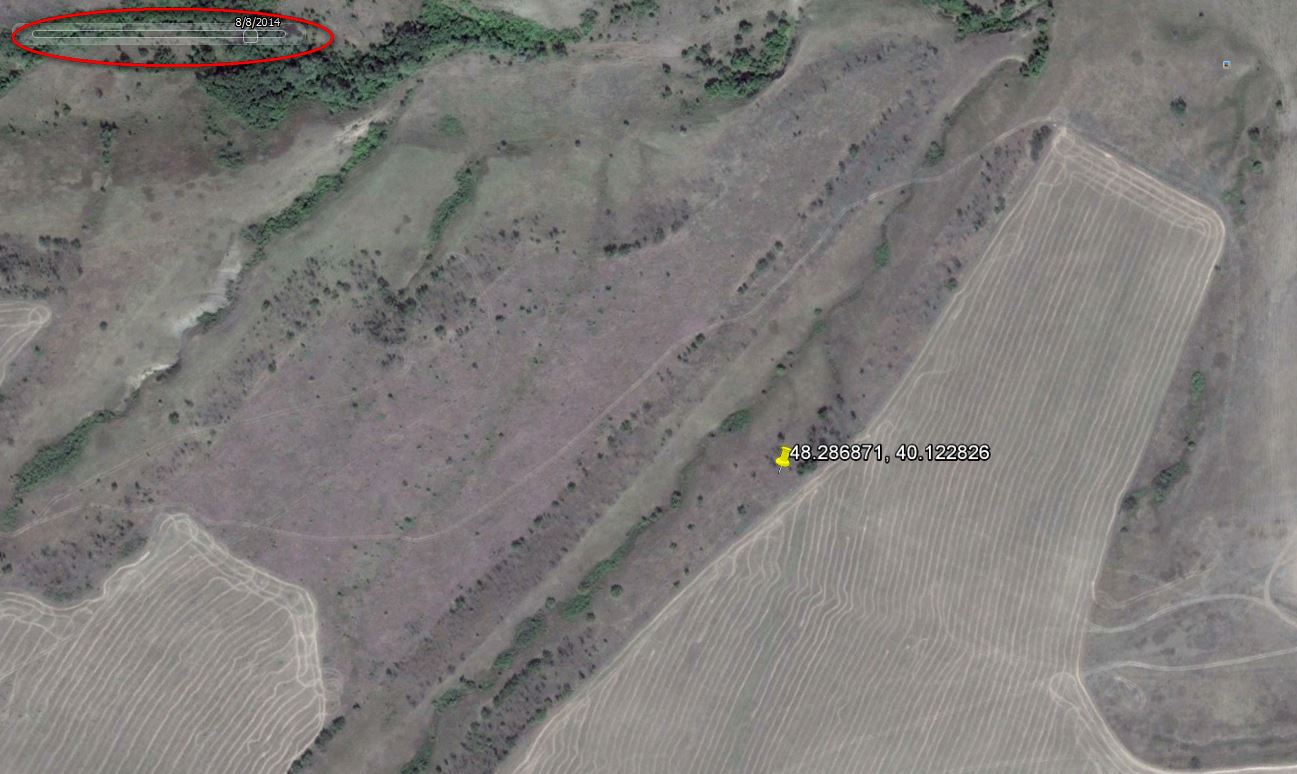 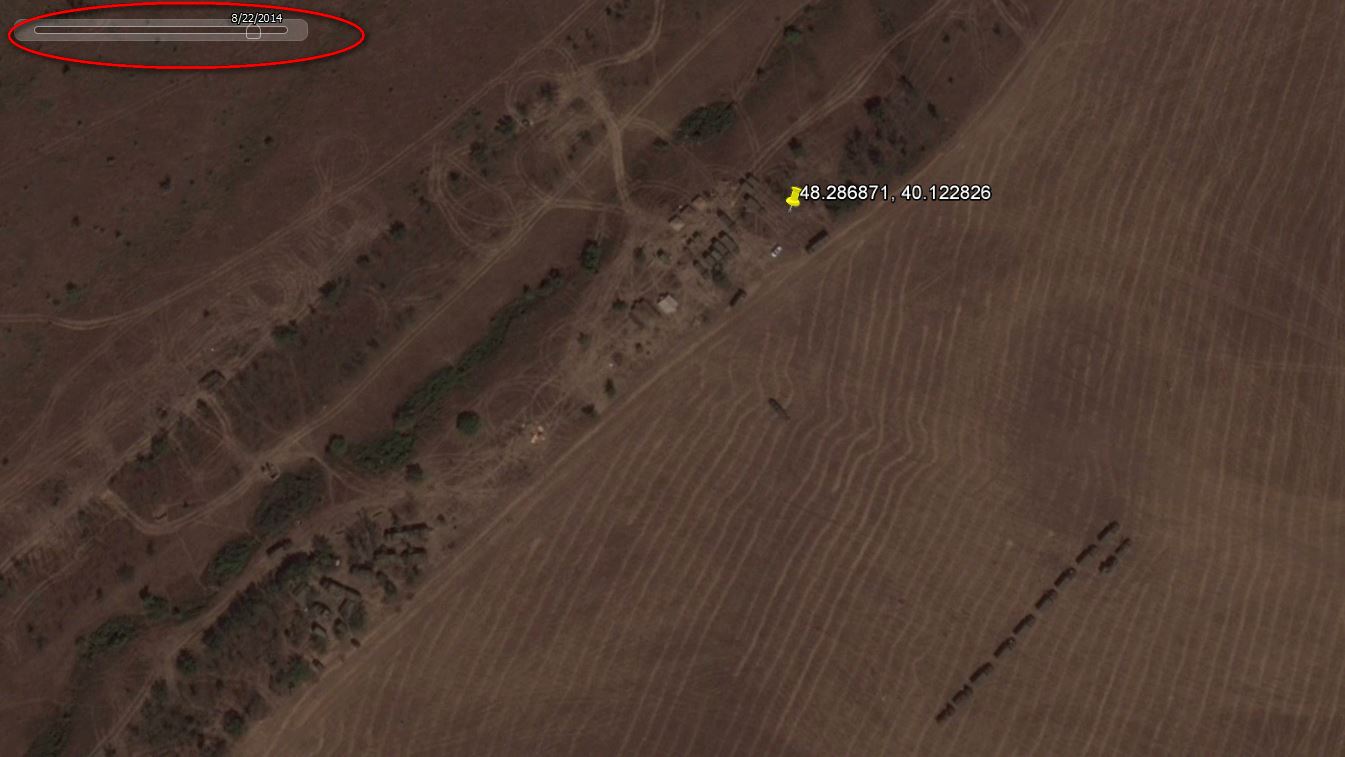 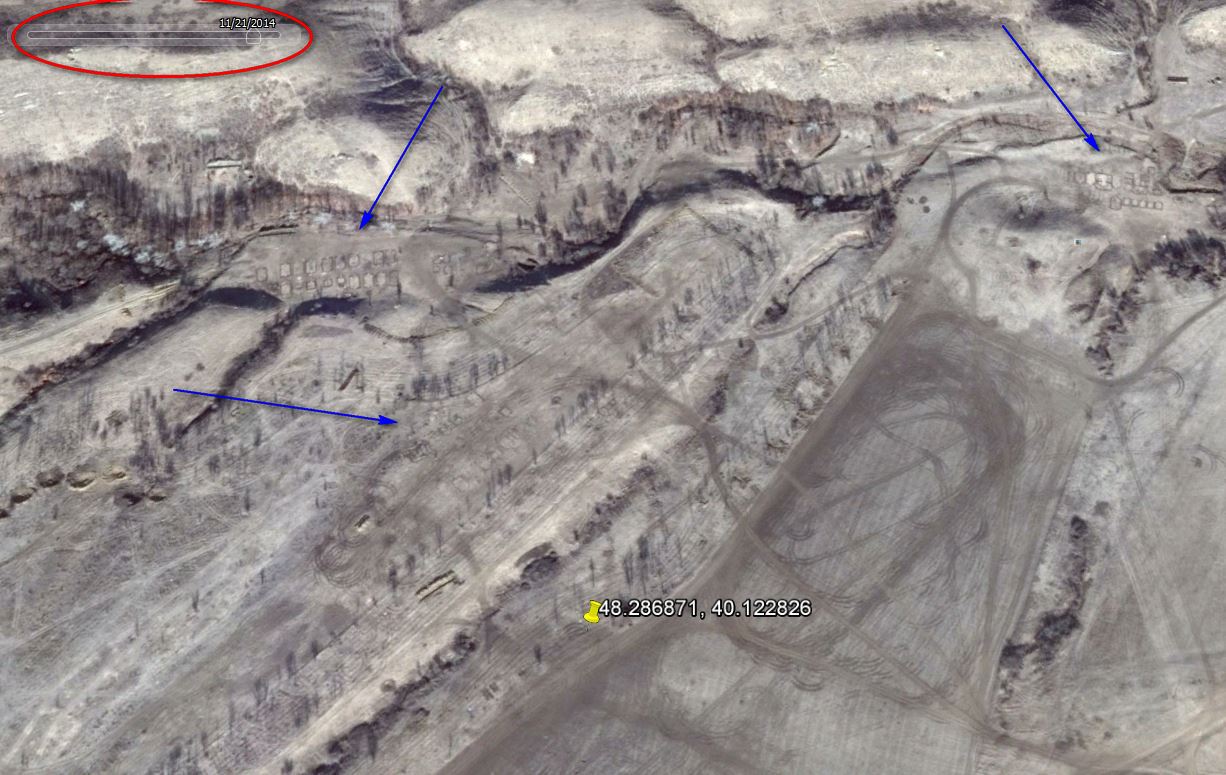 Maybe these servicemen just packed up and went home? You wish! There was a number of reports about raids of the “peacekeepers” of the 15th Motorized Rifle Brigade to the territory of Ukraine (1, 2, 3, 4, 5, 6). Some of them continued their service in the gangs of unrecognized republics. Aleksei Kozlov was among them, and we can see him on one of his photos behind an infantry mobility vehicle (IFV) with the flag of a DPR mechanized infantry battalion. 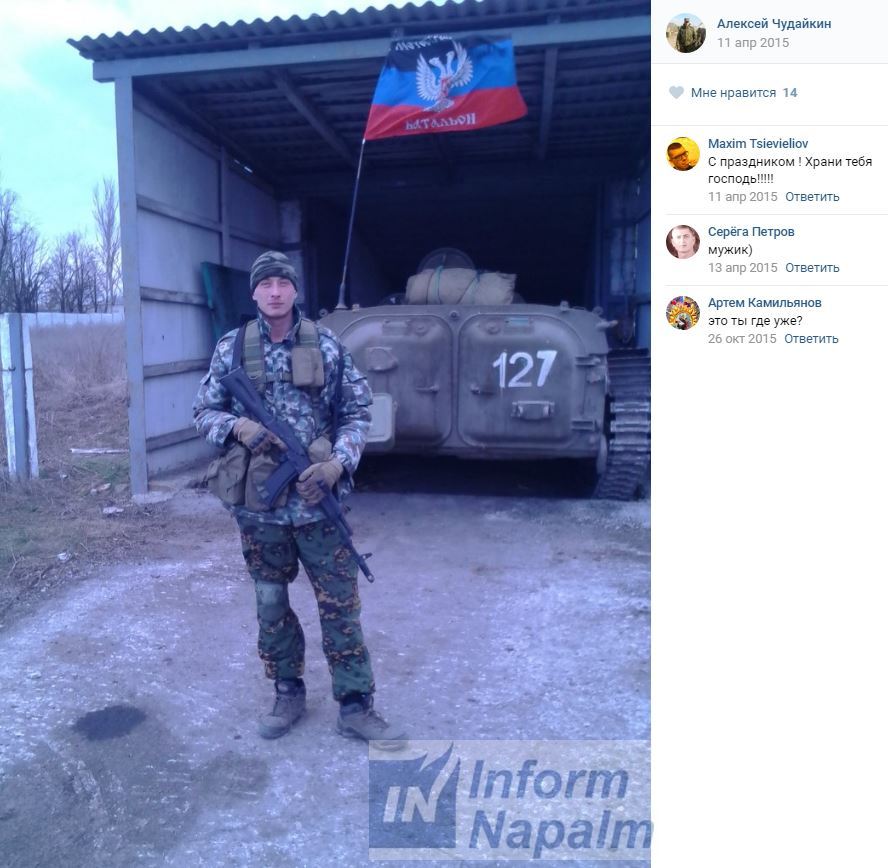 To dispel any doubts that these photos were made on the territory of Ukraine, we can show this very IFV with the side number 127 and the same flag of the DPR. Its poorly visible tactical marking of V in a pentagon indicates its affiliation to the Oplot battalion. There are identical identifying features on this IFV, i.e. the shape of the side number and broken rear part of the right track guard. 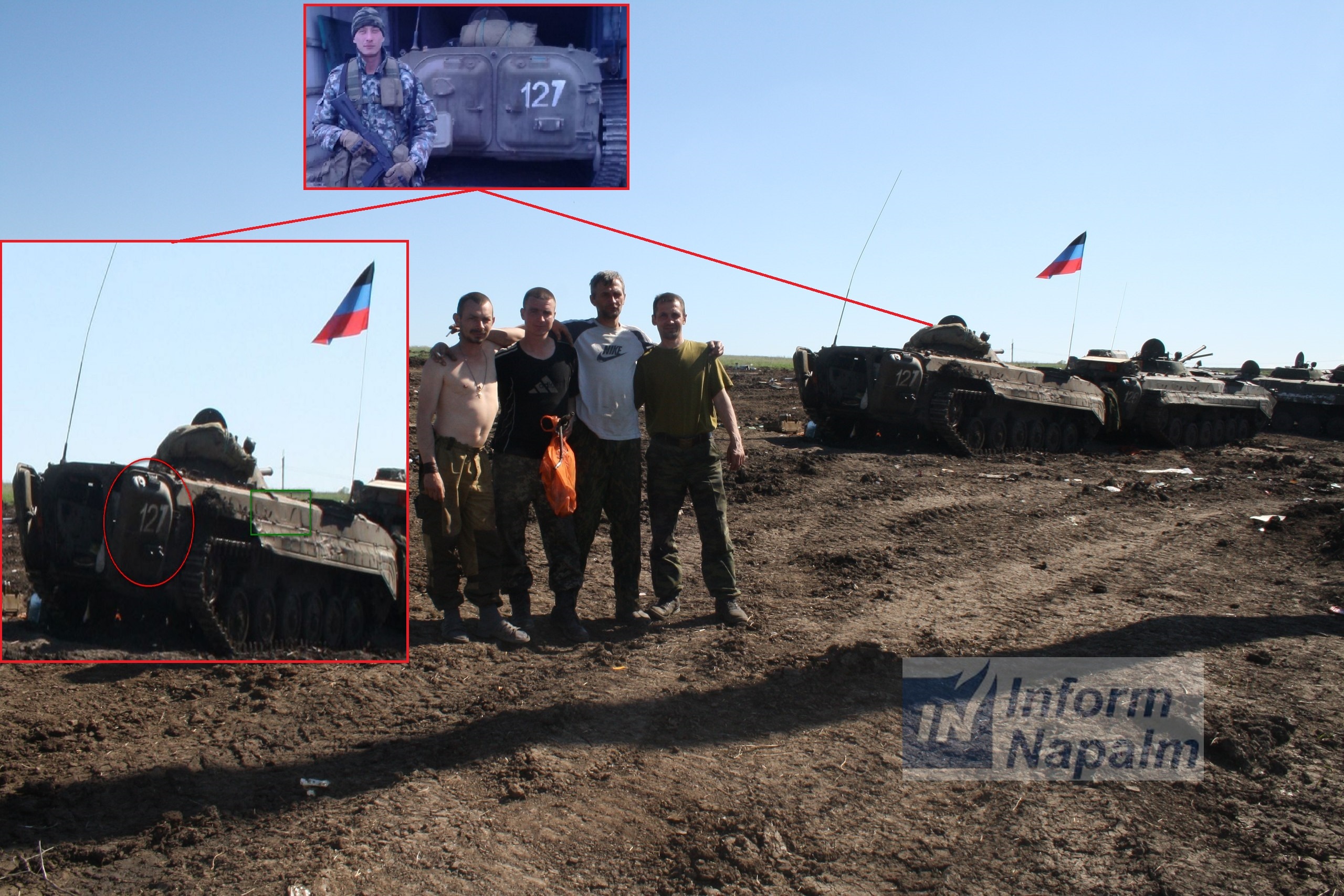 Kozlov continued his career back in Russia and has become a contract soldier of the 104th Air Assault Regiment (military unit 32515, Cheryokha vilage, Pskov Oblast). He mentioned his change of status in the comments to his photo. 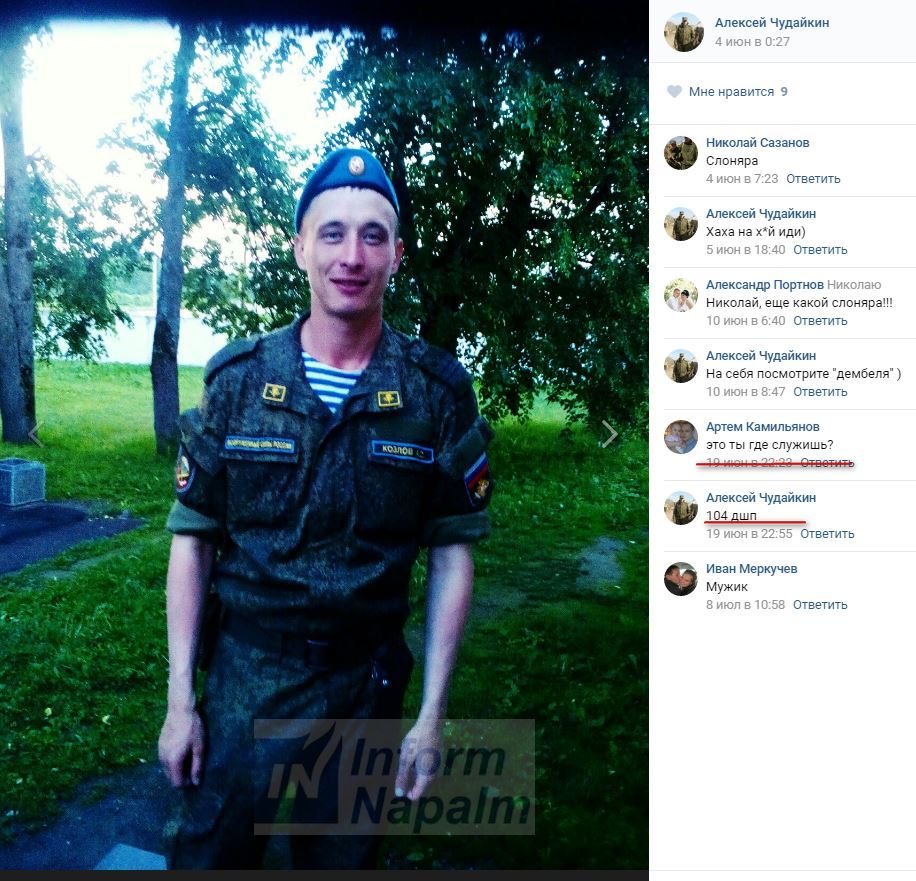 The InformNapalm team will continue writing about Russian war criminals. Retribution will come on every “peacekeeper” who dares to come to Ukraine. We do hope that Kozlov’s widespread infamy will make others think twice if it is worth getting involved in undeclared wars on the territory of other countries, especially when the truth is not on your side.