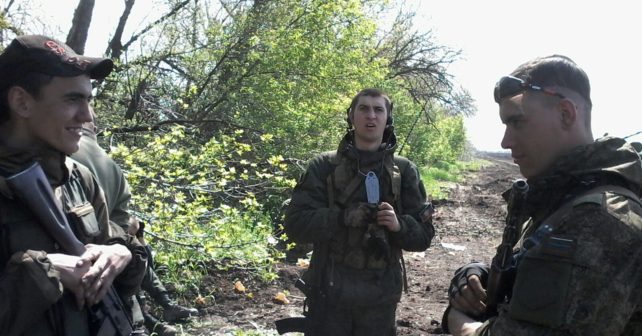 Volunteers of the international community InformNapalm have collected information from open sources that proves the presence of Russian servicemen of the 15th Separate Motorized Rifle Brigade of peacekeeping forces in the occupied territory of Ukraine. The presence of servicemen from this brigade might be an evidence of the Kremlin’s plans to further escalate the conflict in Donbas and to legalize its “peacekeepers” after enlarging the occupied zone.

During a monitoring of social networks, InformNapalm investigators came across a Russian contract soldier assigned to one of the illegal military formation of “Novorossiya” that operate in Ukraine in the interest of Russia. The following information about the soldier has been collected.

Sergeant Anatoliy Konstantinovich Kashyrtsev is 24 years old (his date of birth, presumably, is August 26, 1992), was born in the village of Kvitok, Tayshetsky District, Irkutsk Oblast, Russia. He uses a call sign “Motey“; however, it did not prevent us from identifying him. He was born into a family with military traditions: his father is Konstantin Kashyrtsev, a former midshipman of the Russian Pacific Fleet, presumably served on a surface-to-surface missile cruiser Variag; his brother is Vladimir Kashyrtsev, an officer of the Russian armed forces, serves in the Russian Far East. 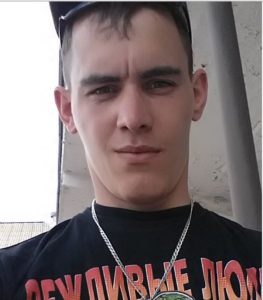 In 2013-2014, Anatoliy Kashyrtsev served as a conscript in the 649th Regiment of the 60th Rocket Division of the Russian Strategic Missile Forces (military unit 93412, town of Svetly, Tatishchevsky District, Saratov Oblast). During the service, he graduated from the communications training center. In 2014, he signed a service contract and in the rank of a sergeant was sent to the 15th Separate Motorized Rifle Brigade of peacekeeping forces (military unit 90600, Roshchinsky training range, Volzhsky District, Samara Oblast) of the Central Military District.

Now, let’s track a “service record” of Kashurtsev by using pictures that he posted on social media.
A serviceman of the 15th Separate Motorized Rifle Peacekeeping Brigade, fall-winter of 2014 in Roshchinsky garrison, Samara Oblast: 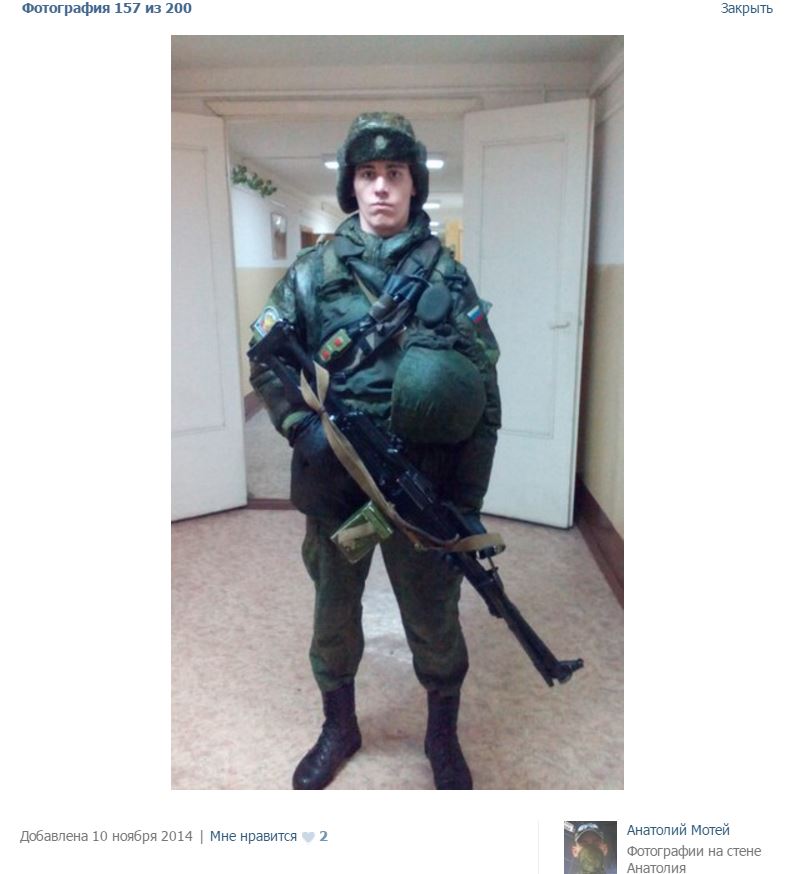 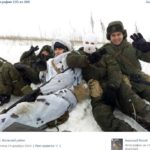 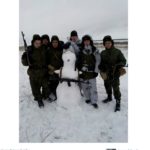 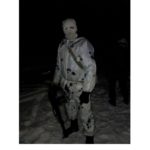 Military training before the deployment to Ukraine – February, 2015. Kashyrtsev and other servicemen of his brigade were trained for combat at a training range in Kazan Oblast. 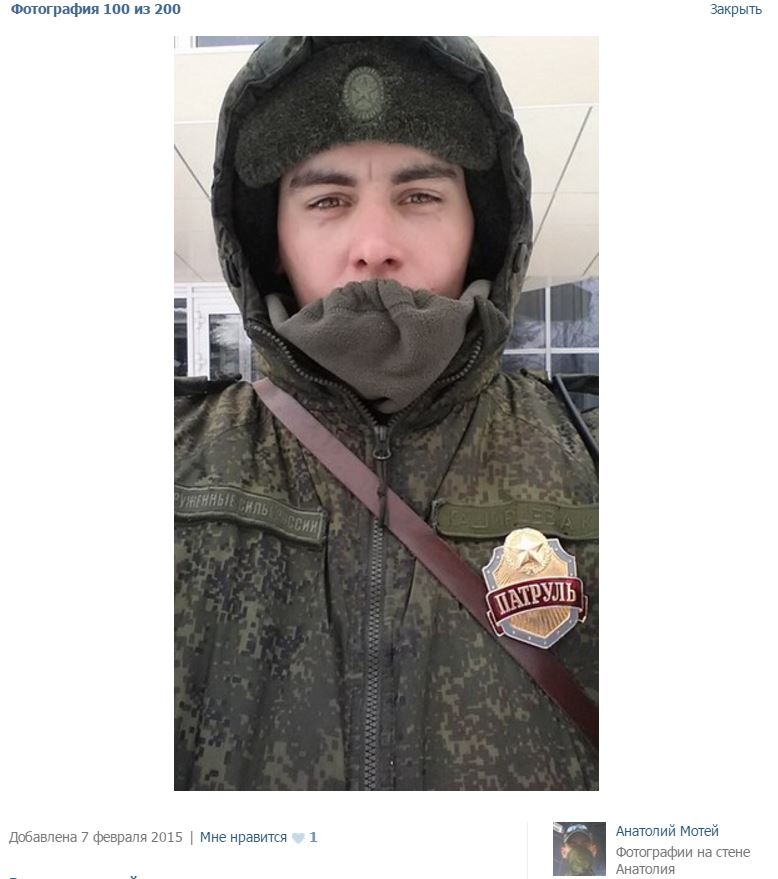 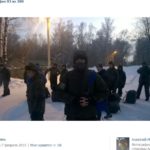 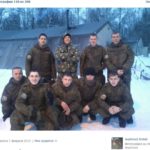 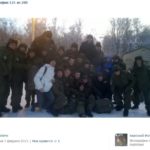 A Ukrainian deployment of Sergeant Kashyrtsev started in April of 2015. He might be in Ukraine at the time when this article is being written. 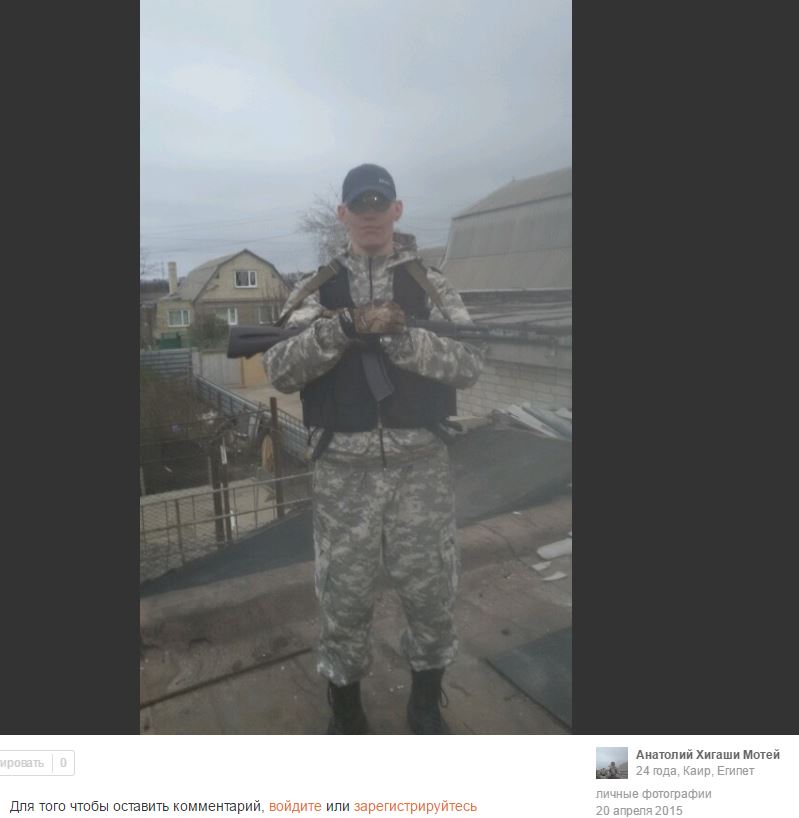 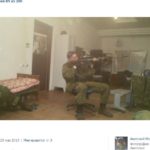 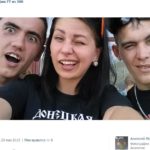 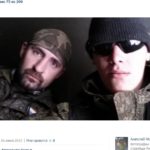 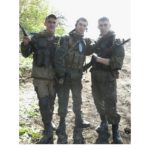 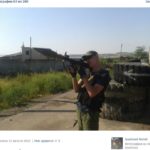 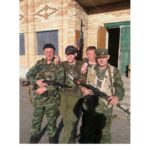 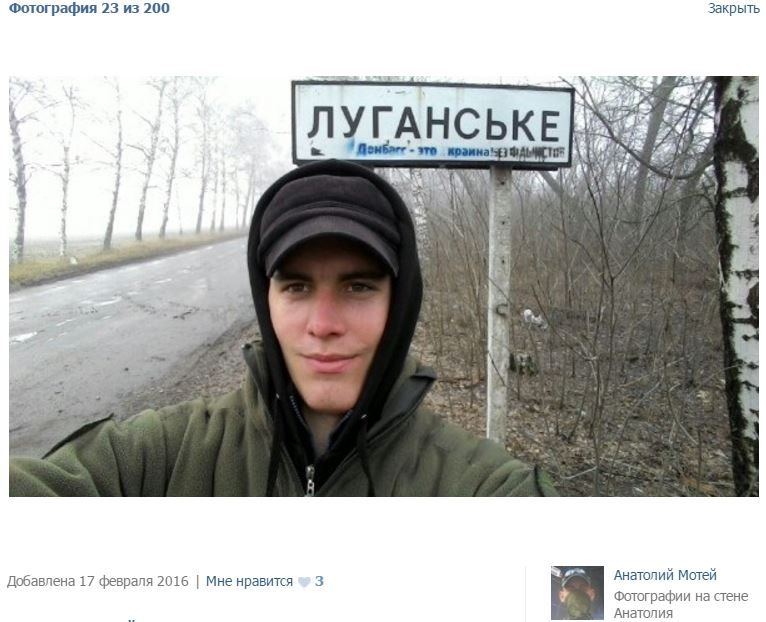 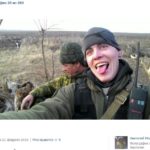 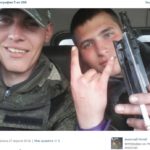 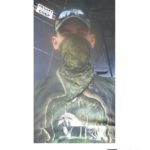 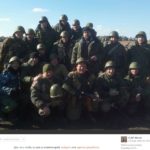 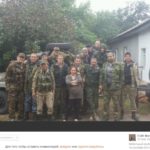 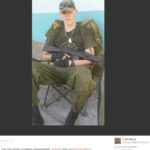 Studying Kashyrtsev’s social media friends provided some information about his comrades-in-arms from the same 15th Motorized Rifle Brigade – “veterans” of the war in Donbas and/or participants of the occupation operation in Crimea: 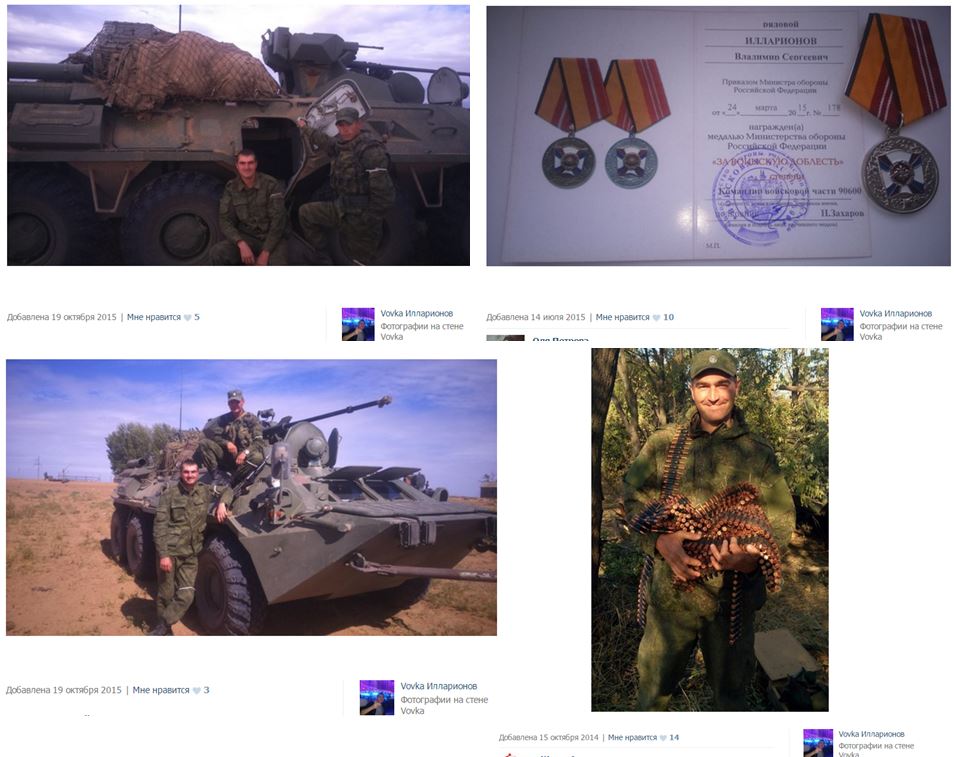 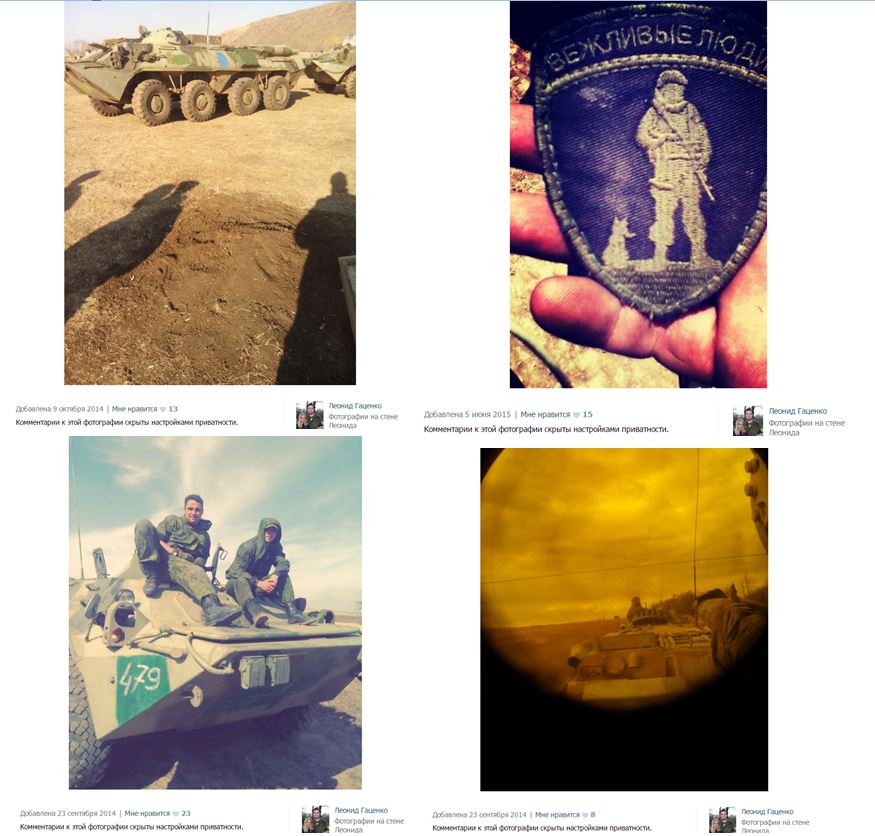 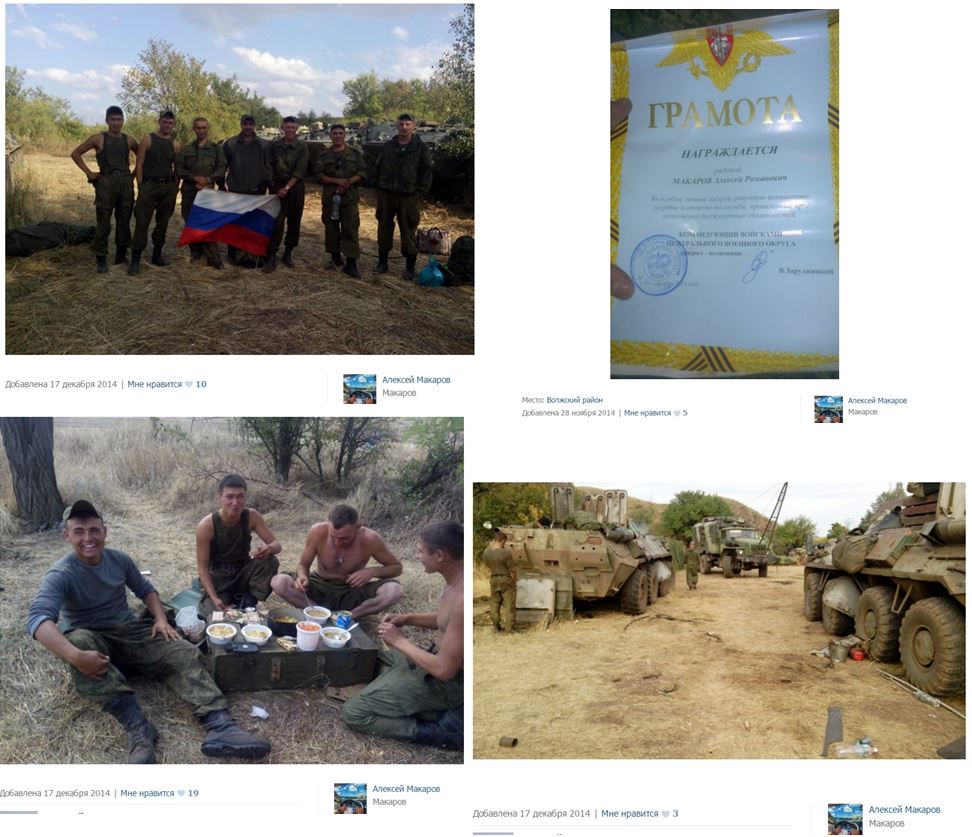 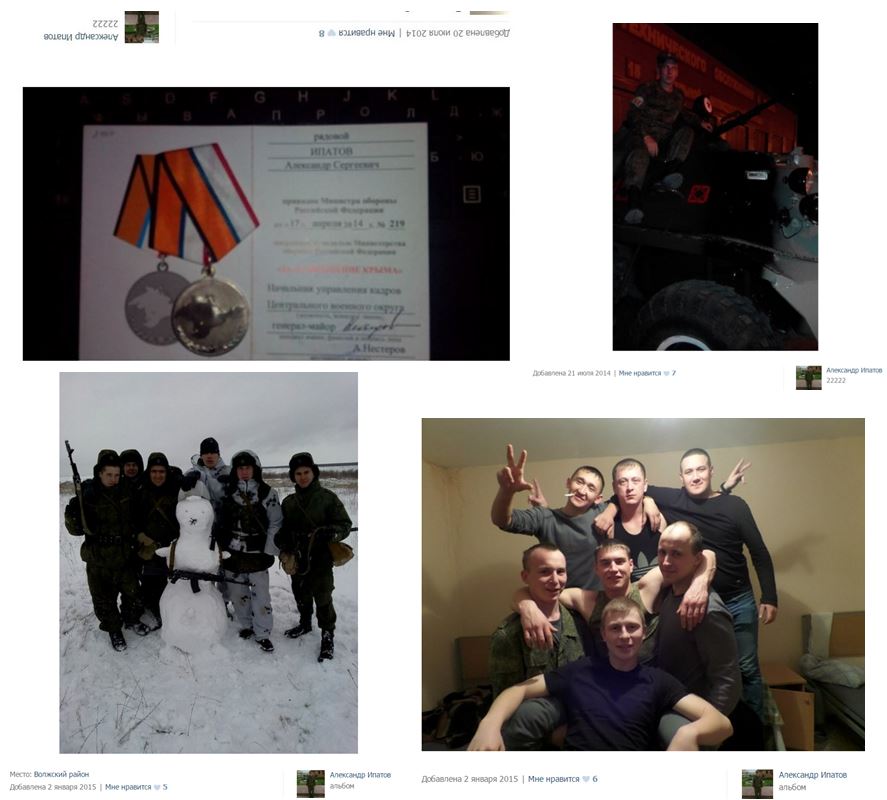 As it was noted in previous investigations by InformNapalm, starting in early spring of 2014, Russia began formation of a powerful main attack force. A number of battalion task groups and company task groups were formed using units of the four military districts of the Land Force, the Airborne Forces and the Coastal Defense of the Navy and relocated close to the Ukrainian border. The highest concentration of troops has been in Rostov Oblast, near the Ukrainian border. From there the shelling of the Ukrainian territory was conducted during the earlier period of the covert invasion and tactical units have been used for combat missions on a regular basis. Units of the 15th Motorized Rifle Brigade, which consisted of experienced contract soldiers, were in a vanguard of the invasion forces. The decrease of combat activities, as a result of the Minsk agreements, was used by the Russian military command to start building army corps of the “DPR” and “LPR”. Besides local collaborationists and Russian mercenaries, Russian active duty military and police joined secretly these corps. Now, most of Russian servicemen, sent to the illegal armed formations of “Novorossiya”, occupy the command positions or positions that require a special military training. This tendency has been in place since signing the Minsk agreements.

Earlier, the international volunteer community InformNapalm has already given multiple evidence of participation of “peacekeepers” from Samara – the 15th Motorized Rifle Brigade – in the war in Donbas. It allows us to conclude that Russia uses active duty military personnel in the war in Ukraine on a regular basis.

We recommend other investigations by our community that tell about servicemen of the 15th Motorized Rifle Brigade:

The following link provides a database of InformNapalm investigations that prove a participation of more than 68 military units of Russian armed forces in the war in Ukraine: http://bit.ly/RussianPresenceEN.

The article is a result of a personal OSINT investigation by Irakli Komaxidze and Vidal Soroki.