Coming back in a body bag: a contract soldier from Russian 15th Brigade identified (photos, videos, 18+) 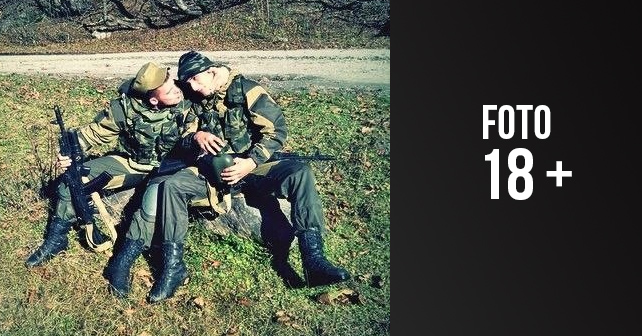 Russian propaganda and the military and political leadership of the Russian Federation stubbornly deny sending military personnel of its armed forces to Donbas to wage war against Ukraine. The expression “ихтамнет” meaning “they-are-not-there” applied to the Russian military in Donbas has long since become an internet meme in Ukraine.
Well, many members of the Russian military indeed are no more. This investigation provides solid evidence of the destruction in Donbas of two Russian military convoys, and the death in action of a soldier of 15th Motorized Rifle Brigade.

On August 23, 2014, soldiers of the 19th Regiment of the National Guard of Ukraine (NGU), near the village Lysyche of the Donetsk oblast, destroyed two Russian military convoys of the invasion forces. Through OSINT analysis, volunteers of InformNapalm volunteer intelligence community established the routes of the convoys, the types of vehicles, nature of the cargo, as well as identified a Russian soldier who died in action while accompanying one of the convoys.

Our primary source of information for this publication is the video captured by a local resident the day after the battle (18+, graphic content).

The first convoy was moving from Donetsk, in the direction of Uspenka border point, and was destroyed at point A. The convoy comprised civilian cars, a Gazel light truck, a command vehicle on KamAZ chassis, and a KamAZ-4350 army truck (in service with the Russian Army, has not been supplied to Ukraine). The latter was carrying containers with anti-aircraft missiles 9M37 or 9M37M1 for Strela-10 surface-to-air missile systems.

The second convoy was moving through the village of Kalynove, and was destroyed near the railway crossing, at point В. In this convoy, we identified the following vehicles: a civilian car, a Gazel soft-sided light truck, a fuel truck on the ZIL-131 chassis, KamAZ army trucks, and a Ural-4320 Russian army truck.  The latter is notable, as it is equipped with a YaMZ diesel engine, extended engine compartment, and the air filter on the right wing. This modification is in service with the Russian Army, and has not been supplied to Ukraine. 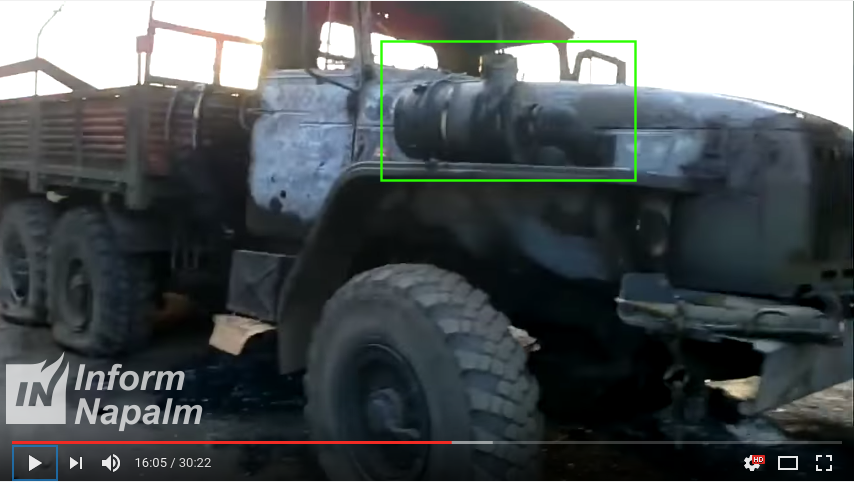 In the video of the destroyed convoy we spotted an OG-7V Oskolok shrapnel projectile for the RPG-7 grenade launcher. This is a rare type of RPG ammunition used by the Russian Army, it has not been supplied to Ukraine. 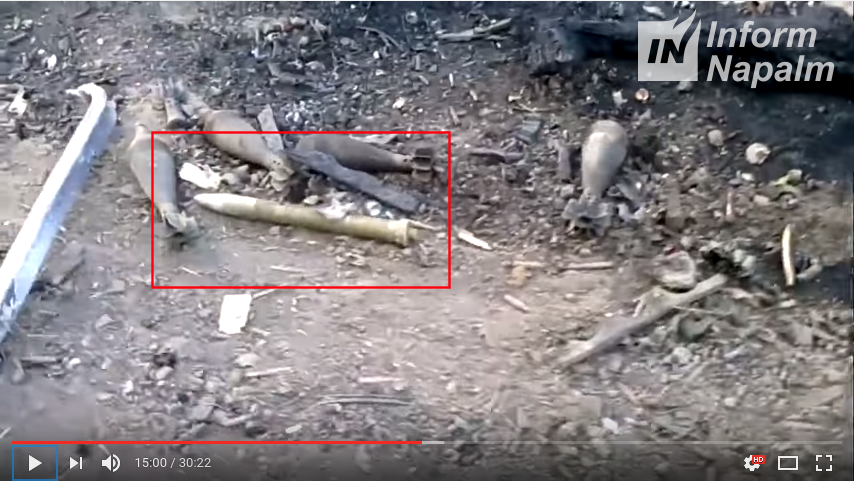 A distinctive tattoo on one of the bodies in the video let us identify a contract soldier from 15th Motorized Rifle Brigade (military unit 90600) of the Russian Army, one Sergeant Maksim Medved (account, photo album). 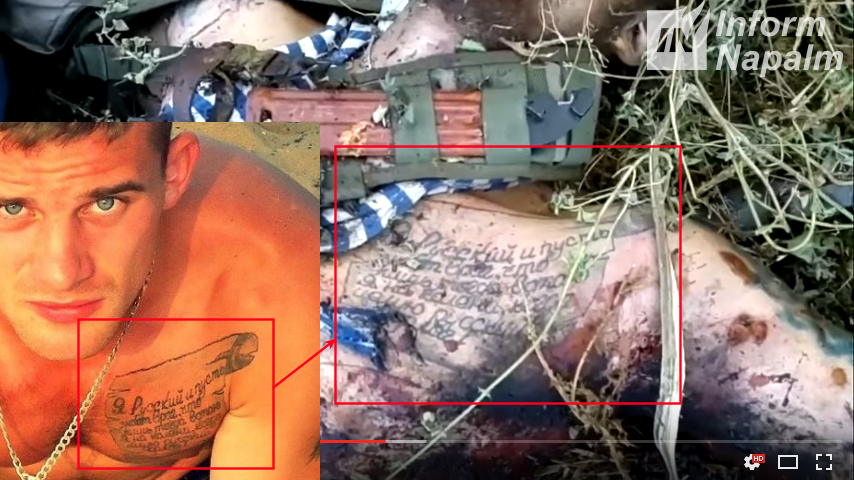 Note:  The bodies and the destroyed convoys in the video are Russian. The hastily abandoned roadside camp belonged to the Ukrainian National Guard. As it happens, the national guardsmen ambushed the convoys, and then promptly left, so as not to get hit by the Russian artillery fire.

Russian propagandists from Zvezda military channel called Medved “a militiaman from Samara with the callsign Fizruk (Coach)”. According to the channel, Maxim “finished his service in the army and went to Donbas”, just like many other “not-theres”. However, the news of his death was hastily removed from Zvezda web site. The last photos of living Maxim, prove that he was a soldier on military contract service with the15th Motorized Rifle Brigade of the Russian Peacekeeping Forces (the brigade is a unit staffed on contract basis). Note the chevron and the old issue military uniforms in the picture, posted on March 23, 2014. 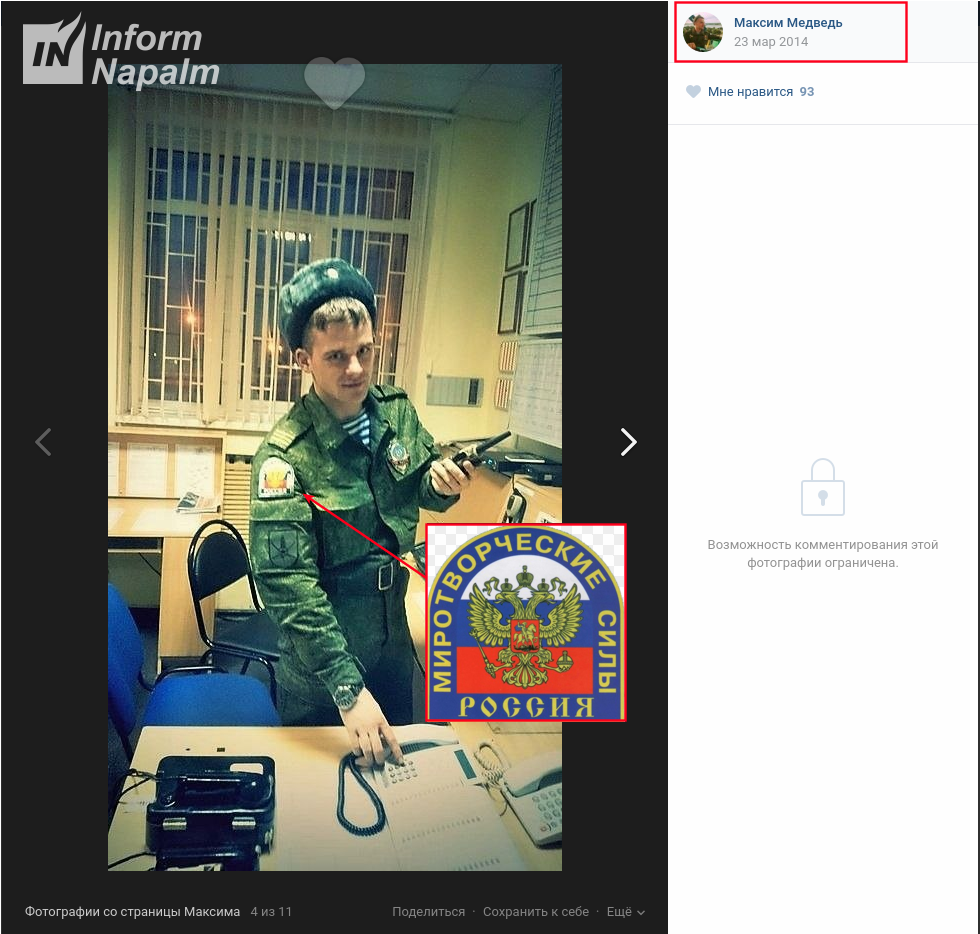 In May 2014 the Russia issued a new-type uniform, in which Maxim was photographed on June 12 on the Day of Russia. On the picture, he is spotting a medal For the Return of Crimea. Did he really terminate the contract, abandon his young wife, and leave for Donbas, to join the militia? 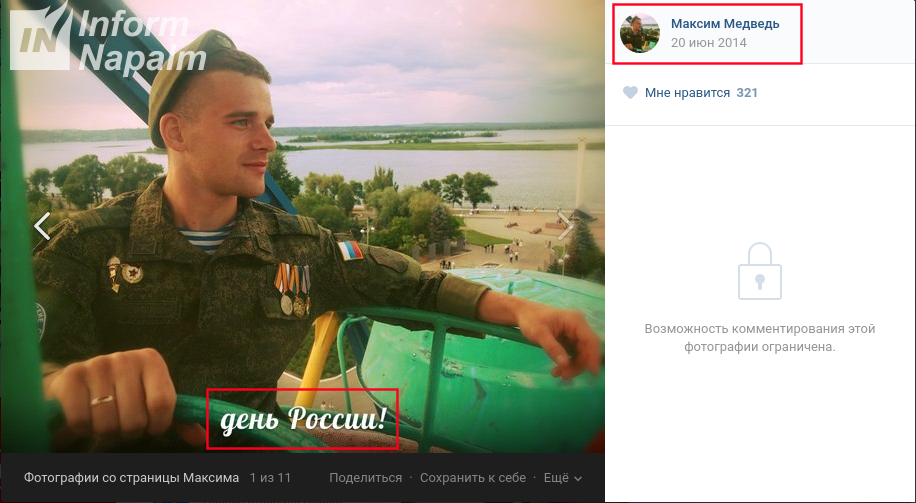 It is worth noting that InformNapalm has repeatedly presented strong evidence of the participation of the Samara “peacekeepers” from the15th Motorized Rifle Brigade in the Donbas war. We recommend reading other InformNapalm investigations on the soldiers of this brigade:

Two questions remain unanswered. Why were the invaders taking the anti-aircraft missiles back to the Russian territory? And who steered the two convoys to NGU’s position, where they were subsequently destroyed?

This publication was prepared by Kuzma Tutov and Mikhail Kuznetsov.

One Response to “Coming back in a body bag: a contract soldier from Russian 15th Brigade identified (photos, videos, 18+)”