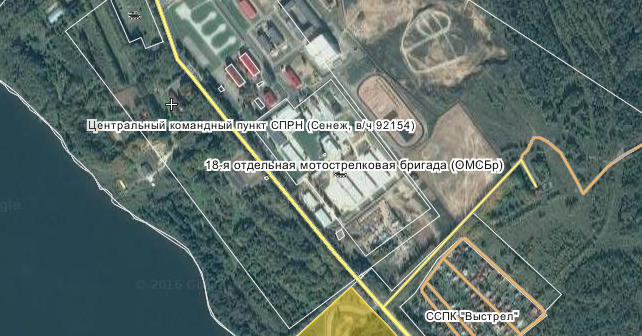 Analysis of posts in social media and internet forums of soldiers’ mothers provided information about the organizational structure, as well as the state of some units of the Russian Special Operations Forces (SSO). This information indicated certain problems in the development, training and morale of personnel at the Special Forces Center Senezh,  military unit #92154 of the Western Military District, stationed in Solnechnogorsk,  Moscow Oblast. 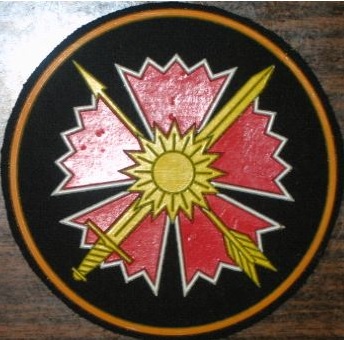 Enlisted personnel is stationed on the base in barracks. Officers are allowed to rent houses in the nearby garrison.

Analysis of procurement documents shows that in 2016 unit #92154 purchased: shooting targets –  2 bids of 1.92 million rubles each and 2 bids of 379.6 thousands rubles each; service dogs for1.65 mln rubles; parts for foreign and domestic automobiles for 444.6 thousand rubles. In 2016, a driving course for special vehicles has been under construction; the project in 2015. In 2013, the Ministry of Defence purchased 8 Gepard buggies.

In 2015, a sports stadium was built at the base. Funds were allocated for diagnostics of snowmobiles and ATVs, as well as cars and other motor vehicles. Also in 2015, 295.52 million rubles were allocated to complete construction of the diving and special tactics training complex.

In November 2014, the original design documentation was modified to include a full modernization of the unit #92154. A new rehabilitation center was completed in April 2014 by the state company “Special Construction Agency in the territory of the Central Federal District of the Federal Agency of Special Construction.” 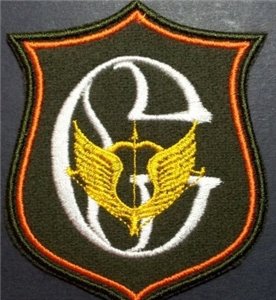 In 2014, according to the bids documentation, Senezh Center purchased 318 Austrian automatic handguns of two types: fourth generation Glock 17 and a smaller version for concealed carry Glock 26. The cost of the guns and additional equipment was about 200 thousand rubles, which is almost two times higher than the price on the civilian version of the same gun. The decision to purchase Glock-17 pistols was made due to the unreliability of Russian models. Servicemen of Spetsnaz had a lot of complaints about the Yarygin handgun that could be explained by the poor production process.

In 2014, the unit # 92154 received three sets of Golograf portable radar priced 1.2 mln rubbles each. The device was improved after being used during combat in the Donbas and Syria. The Golograf radar (http://masterok.livejournal.com/1405608.html  ) works using ultra-low frequency radio pulses with a frequency of 1 to 4 GHz, sending them through any material and receiving a bounced signal. It detects motion at a distance up to 6.5 m. The device is compact and weighs 4.5 kg. It can withstand a drop onto hard surface from a height of 1 meter and can be used at temperatures from -20 °C to +50 °C.

Data analysis also gave an idea about the organizational structure of the contractors part of the military unit #92154 in 2013 (significant changes since that are unlikely):

– command of the Department of Special Operations;

– deputy for exit and evacuation -1

Department of OPR: commander, deputy and 4 groups of 2 personnel each.

Contract service in the military unit #92154 is allowed for individuals who:

In addition, applicants have to provide a written consent to join Spetsnaz GRU from family members.

Servicemen of military unit #92154 (a sniper unit) receive a monthly bonus of 70 percent of the base wage according to their rank and position. This bonus is paid by the order of enrollment for training and travel documents of the servicemen. 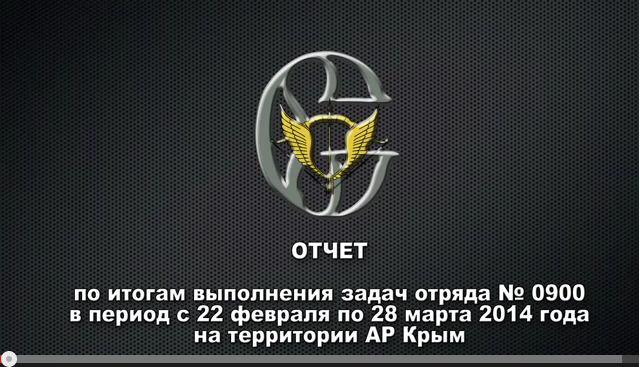 Video: Report on the implementation of the order of the unit #0900 from February 22 to March 28, 2014 in the territory of Crimea

Servicemen of the military unit #92154 participated in the annexation of Crimea and in the battles in the Donbas and Syria. There are documented evidence of death of Captain S.Suslov on 06/14/2014 in Donbas, and Captains M.Sorochenko and F.Zhuravlev on 11/19/2015 and Captain O.Arhireev on 06/09/2016 in Syria.

There are some problems in the Russian Special Operations Forces, such as:

The platoon of conscripts is stationed on the shore of the Lake Senezh that closer to Solnechnogorsk. The conscripts unit performs tasks of logistics, communications, security and reserve. The guard platoon is stationed on another shore, next to the units of contract soldiers. In November 2015, the plans to combine all units on the same side of the lake were announced.

It has been reported that despite the high physical activity, conscripts are also involved in regular daily duties, at the expense of physical training.

Conscripts who served in #92154, complained about unsatisfactory (not enough) food and low level of health care (recorded cases of dysentery, limited access to drugs). One of the soldiers, having problems with his feet, couldn’t receive medical treatment and suggested that he had to “break a hand or something else, so he would be admitted to a hospital to treat his feet.”

In August 2015, facts of money theft were reported on one of the internet forums of soldiers’ mothers.

In October 2015, some of the conscripts from the military unit #92154 were sent to serve in Crimea.

Since the beginning of 2015, there has been no regular complains about physical harassment, however there is evidence of the psychological pressure based on the social class differences. One mother noted that her son was treated badly because he was son of an officer and was from Moscow.

In October 2015, one of the soldiers’ mothers complained about high additional costs to support their son while he is in service. She noted that the cost of a visit to the base, the giveaway cash to her son, and necessary purchases amounted up to 15-20 thousand rubles. She noted it would be cheaper to give a bribe to avoid a military service.

Number of conscripts in the military unit #92154 increased compared to previous draft period. In the fall of 2015, 130 soldiers were drafted, while in the previous period – 92 servicemen.

There were several reports of servicemen returning drunk from the leave in August 2016, while this problem was not mentioned in 2014-2015.

In September 2016 there were some reports about social problems of conscripts after discharge. Reports mention that they are unable to adopt to civilian life. Former soldiers complained about the lack of work and even desire to work. They talk about nostalgia for the military service where there was order, responsibilities were clear, and “where nothing depends on you”. This problem also applies to other military units of the Russian Armed Forces, which leads to a high number of contractors who sign a military service contract after serving the draft. Unable to find themselves in civilian life, contract servicemen are then sent to carry out criminal orders in Ukraine and Syria.

See also on the subject:

Anatolii Baronin, the analysis has been prepared specially for InformNapalm, an active link to the original publication is obligatory for any reprint or further public use of the material.