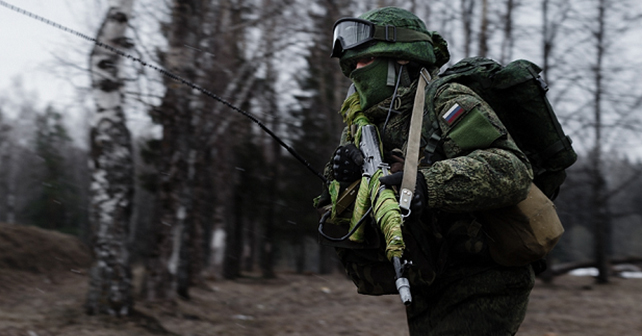 On August 19, 2016 InformNapalm international volunteer community published an investigation and an exclusive radio intercept of telephone conversations of a Russian Armed Forces Lieutenant-Colonel Stanislav Yershov. This high-ranking officer previously served as a commander of the 2nd Battalion, 247th Guards Air Assault Regiment (unit #54801, Stavropol, Russia). In October 2014, he was sent on a mission to Donbas and was appointed deputy commander of the 6th Motorized Rifle Cossack Platov Regiment of the 2nd Army Corps of Luhansk People’s Republic (LPR).

In our previous investigation: Lieutenant-colonel from a Russian paratrooper regiment in command of LPR terrorists (audio intercept) we looked into a small part of the conversations and studied in detail the personality of the Lieutenant-Colonel. In this publication, we will focus on some specific points that shed light on the nature of the hybrid Russian tactics in the undeclared war against Ukraine.

Yershov’s conversations with his former Russian Army comrades-in-arms concern not just his personal life. Some of his statements lead to a number of conclusions corroborating the official views of the Ukrainian military and intelligence services on a number of issues. Particular attention should be paid to the topic of direct participation of the Russian military personnel in the war in Donbas, as well as their role in the events that have taken place in the occupied territories of Ukraine.

Here are some highlights from the intercept script.

“… Spetsnaz fuckers, ours, our fucking guys … fucking whacked Mozgovoy” – Leutenant-Colonel Yershov in this private conversation indirectly confirms the version of the Ministry of Internal Affairs and intelligence agencies of Ukraine that Alexey Mozgovoy, one of the LPR leaders, was assassinated by the Spetsnaz forces of the Russian Main Intelligence Directorate (GRU). At the same time, Yershov refutes the version voiced by the mainstream Russian media about the role of a Ukrainian sabotage group in the hit.

InformNapalm has already reported that the GRU, as well as Russian private military companies (PMC’s) eliminate the most remarkable and independent leaders of the terrorist “republics”, suppress the “Cossack free reign” and introduce the Russian army command structure into the ranks of Luhansk People’s Republic (LPR) and Donetsk People’s Republic (DPR) terrorist organizations.

The infographics Russian Private Military Companies As Licensed Tool of Terror in Ukraine and Syria:

“… There are lots of cons, lots of fucking escaped cons from Russia here” – this phrase is yet another confirmation of the use of Russian criminal convicts as the personnel for the “armed forces” of LPR and DPR. Yershov goes on to promise his colleague “a wealth of experience in working with this riff-raff” once he gets to his destination. Paratroopers from the 80th Lviv Air Assault Brigade (AAB) showed InformNapalm editors photos of the “militiamen” captured near Svitlodarsk. All of them bore tattoos, typical for the Russian criminal subculture.

Such POW’s were also taken by the paratroopers of the Ukrainian 95th AAB on the western outskirts of Donetsk, near Yasynuvata and Avdiivka. As a rule, those POW’s were not local, but fighters that came from Russia. These facts help explain the presence of the Russian Federal Penitentiary Service (FSIN) personnel on the territory of Ukraine.

Read more: Hackers Exposed a Russian Federal Service for Execution Operative, Videos (18+)
Someone has to ensure the delivery of criminals to the conflict zone and their assignment to the “armed forces” of LPR and DPR, the pro-Russian terrorist groups.

Later in the intercept we hear this:

“This Brigade Commander,an adviser, was shot in the fucking leg “ – apparently the process of introduction of “advisers” into senior command positions was completed back in 2015. This statement is confirmed by the testimony given by captured “militiamen”, who stated that command positions in the “militia” are filled by professional Russian Army officers.

“Those advisors would get killed sometimes…” – this is an indirect confirmation that the relationship between the “commanders-advisors” and their local subordinates were far from smooth, apparently because of their brutal behavior and unconcealed contempt for the local mercenaries and the convicts sent from Russia. These same emotions are also expressed by Yershov himself in his dialogs with his colleagues, other Russian paratroopers. Such attitude to the local mercenaries as second-class people and cannon fodder by the Russian “commander-advisers” was also described by the militants taken prisoner or voluntarily surrendering to the Ukrainian Army.

“…they were given a tank battalion” – this phrase implies that the 6-th Motorized Rifle Cossack Regiment, where Yershov served, was receiving combat vehicles from Russia in complete sets. Apparently, it is a common practice for terrorist enclaves in Donbas.

“We are the Third Formation, I believe… The Seventh Formation “,” 12-th Reserve Command of the Southern Military District” – judging by the dialogs of Yershov and his former/future colleagues, the personnel sent to Ukraine is selected and dispatched by the personnel departments of the military districts of the Russian Defense Ministry.
Notably, the 12th Reserve Command of the Southern Military District of the Russian Federation has been identified multiple times as the transit hub for the Russian military personnel on the way to Donbas. In his testimony, one of the Russian Army officers captured in Ukraine, Major Vladimir Starkov also indicated the existence of a fictitious military unit #89462 in Novocherkassk, which served as a cover for the 12th Command and the starting point for missions to the war in Ukraine.

Read more: Non-Existing Military Unit No. 89462 in Novocherkassk — a Cover for DPR/LPR?

The investigation of InformNapalm regarding this military unit featured information about a Russian officer, Colonel Bekrenev, suing the Russian Defense Ministry, demanding to cancel his assignment to this unit.
Another incidence of an attempt to challenge the transfer to the 12th Command has also been made public by Ukrainian intelligence agencies. Lieutenant-Colonel of the Russian army, Konstantin Kanaplyanik also sued to avoid a trip to Ukraine.

There are about 11 more lawsuits related to Russian servicemen refusing to be put at the disposal of the 12th Reserve Command of the South Military District, they can be found through a simple search engine query on the official legal portal.  Those willing to tweak the searches are sure to find more information.

A search mentioning the military unit #89462 (the one we touched upon above)  also gives us a lot of room for research.

For example, this court ruling (archive)  of February 12, 2016 in the case # 2-1041/2016 informs us that on January 19, 2015, citizen D.V. Smirnov “was killed in the line of military duty”, whereas the court case is connected to non-payment of insurance. The exact place of his death is not disclosed, but his last assignment was to the same fictitious unit of the 12th Command used as a cover for Donbas missions. (The case is also interesting because it showcases a lot of bureaucratic nuances of the Russian system sending people to slaughter without even proper paperwork).

Thus from the Yershov intercept, we obtain direct and indirect evidence of the hybrid nature of the Russian actions in Donbas. Military action is normally not performed by companies and battalions of the Russian Armed Forces, but by combined battalion tactical groups, staffed by personnel from various units. Their formation is partly happening in the occupied territories, with the active and crucially important participation of military personnel from the Russian Federation.

“We will cross ways here, there is fucking lot of paratroopers here…” – apparently Ershov talks of his colleagues, paratroopers from Russia, indicating their presence in Donbas in significant numbers. Apparently, the presence of this personnel in the “armed forces” of the LPR and DPR largely provides their operational capability.

Phrases about local people being poorly trained and hardly trainable, being unable to fight professionally, suggest that all the significant combat operations are conducted not only under the command, but also with the direct participation of professional military personnel from Russia. This view is confirmed by the frontline commanders of the Ukrainian Army, who see the dramatic difference between tactical and operational efficiency of Russian convicts or local collaborators, and Russian military professionals.

Roman Burko with Artem V. and Max A. specially for InformNapalm

(CC BY 4.0) This information has been specially prepared forInformNapalm.org, an active link to the authors and our project is obligatory for any reprint or further public use of the material.