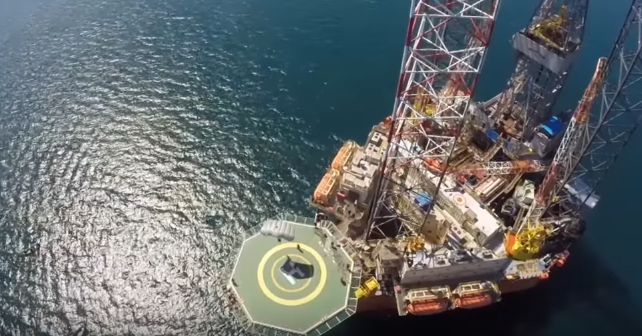 The Russians demonstrate how they seized the “Boyko’s rigs” three years ago: from May 24 through May 29, 2017, 2,000 troops of the special forces of the Russian Federal Security Service (FSB) exercise the seizure of Ukrainian oil rigs and towing vessels under the guise of carrying out an anti-terrorist operation.

According to RIA Novosti, the culmination of the “exercises” on May 29 will be maneuvers in the immediate vicinity of the border with Ukraine. The residents of Odesa and Mariupol are probably very concerned about such plans.

Not an exercise, but a demonstration of the seizure of Ukrainian property

On May 26, 2017, Krym. Realii posted a video story that stated that “special forces units of the FSB of Russia are conducting an anti-terrorist exercise in the territory of annexed Crimea.” From another video from RIA Novosti, you can clear understand that the exercise took place on the Ukrainian drilling rig B-312 Petro Hodovanets, which the Russians renamed “Crimea-2”. 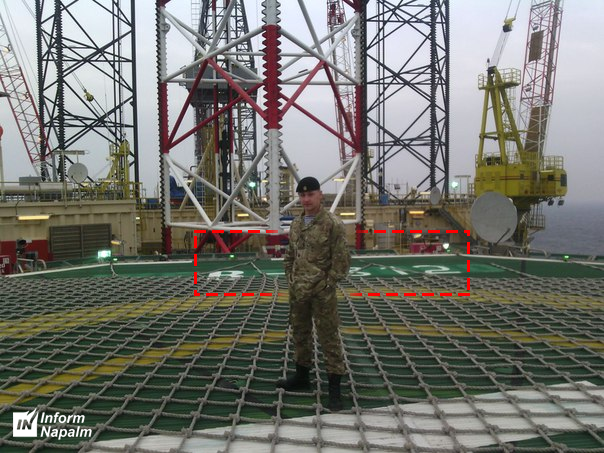 Russian Naval infantryman Daniil Morgunov from the 810th Marine Brigade of the Russian Black Sea Fleet on the seized drill B-312 Petro Hodovanets. Photo of 2014. The name of the rig had not been changed yet. 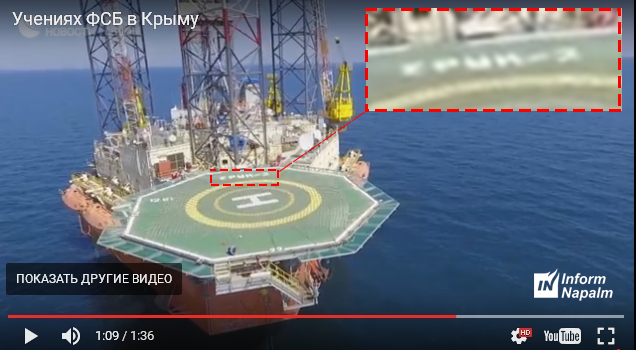 Screenshot from the video about the maneuvers of the Russian FSB special forces. 2017 year. The name is repainted as “Crimea-2”

Note that the MarineTraffic  tracking service identifies the Ukrainian drill rig as Russian.

Frankly speaking, this is not a military exercise, but a demonstration of the seizure of Ukrainian property. A concentration of 2,000 Russian special forces who are practicing in landing on drilling rigs and underwater sabotage operations can be regarded as a direct threat to Ukraine’s national security. The culmination of this operation is scheduled for May 29. The moral is simple: keep the tomahawks ready.