Tanks for Peskov: Russian MBT modifications found in the occupied territories of Donbas 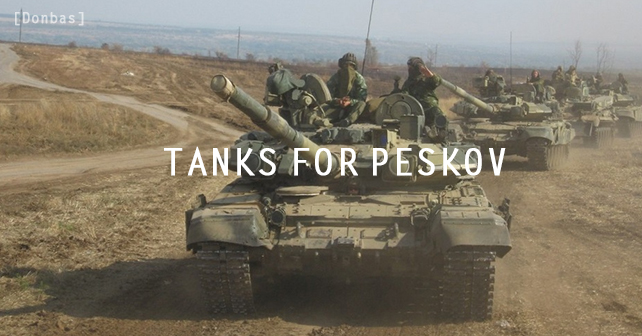 Today, the Russian media actively pushed the response of Dmitry Peskov, the Russian president’s press-secretary, about Russian tanks in Donbas. The words of Peskov are touted as a “refutation of Russian troops presence in Ukraine”.

InformNapalm volunteer intelligence community could not help, but join the fray. So instead of putting forth unfounded claims, we are publishing here well documented evidence and investigations identifying a whole range of Russian-made main battle tanks (MBT), which have not been issued to the Ukrainian Army and have not been supplied to Ukraine. Yet somehow, these modifications of Russian MBT types made their way to the occupied territory of Donbas. And the transfer of the hardware is carried out through non-controlled portions of the border of Ukraine with the Russian Federation in the areas of Luhansk and Donetsk Oblasts.

Through open source intelligence we identified and confirmed the presence of a number of Russian MBT modifications in the occupied territories, which could not have been captured from the Ukrainian army, as they are not in service with the armed forces of Ukraine. 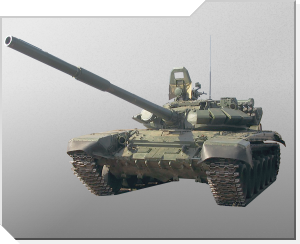 Never supplied to Ukraine. It has been identified in Luhansk, Debaltseve and Makiivka in numerous InformNapalm investigations. The 5th Armored Brigade of the Eastern Military District of Russia was identified as its operator. 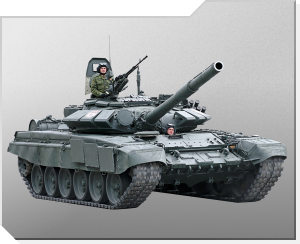 A modernized modification of the T-72B, modernization is performed at the Uralvagonzavod factory within an overhaul. First tanks were delivered in 1999-2000. The modification included upgrading of 1A40-1 fire control system (initially to 1A40-1M, and as of 2005 to 1A40-M2), installation of a new 2E42-4 Jasmine gun stabilizer, enhanced anti-landmine bottom protection with an additional armor-plate under the driver seat, replacement of the chassis and the engine (initially, with B-84MS engine, as of 2003 – with B-92S2), and installation of Kontakt-5 ERA. The modified vehicle is set apart from the regular B model through treads, ERA and a distinctive wind sensor on the turret. Never supplied to Ukraine.
The destruction of Russian tanks of this modification was recorded near Starobesheve (Donetsk Oblast). Their operator was identified as the 21-th Motorized Rifle Brigade of the Russian Army. 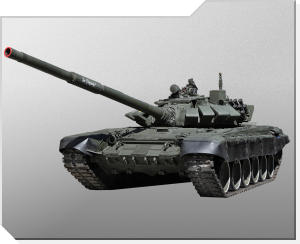 The upgraded version of the T-72. Supplied to the Russian Army from 2012. The tank is fitted with the latest fire control system, Kontakt-5 ERA, B-84-1 engine with 840 hp rated power, Sosna-U thermal imaging scope, a wind sensor, enhanced communication equipment, an advanced gun stabilizer and a protection system from weapons of mass destruction. It also received improved automatic gun loader for new munitions, and enhanced chassis with parallel hinge track chains. Never supplied to Ukraine.
It has been identified in Luhansk, Ilovaisk and Debaltseve in numerous InformNapalm investigations. A MBT of this modification was destroyed in the area Debaltseve. In service with 6th Armored Brigade of the Russian Armed Forces. 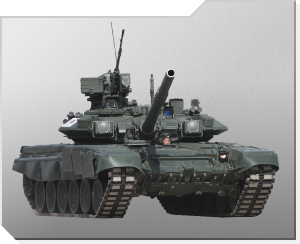 Modification of the T-90. It was fitted with up-to-date second-generation ESSA thermal imaging scope, stabilized in two planes and integrated with the main scope and its range-finding channel. This enhanced the night vision range from 1800 to 4000 m. Never supplied to Ukraine.

Identified by InformNapalm in Luhansk Oblast. In service with the 136-th Motorized Rifle Brigade of the Russian Armed Forces. 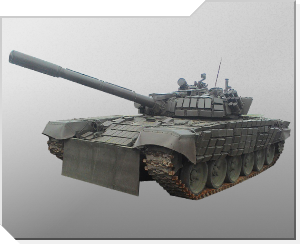 The export version of the T-72B1, was supplied by Russia to Iran as well as Venezuela in 2011-2012. The main external difference from the T-72B is the TPN-3-49 night sight and the DVE-BS wind sensor. It was introduced into the Russian army in 1993, after the cancellation of a number of export sales. Never supplied to Ukraine. Identified by InformNapalm at a factory in Bile village (Luhansk Oblast) not far from the M04 motorway, 3 km west of Zbirna railway station.

While testing in Donbas new types of weaponry, military and political leadership of the Russian Federation is also flooding the occupied territory of Ukraine with the legacy Soviet-style weapons, such as:

These and other types of weapons at the disposal of Russian occupation forces in Donbas have been repeatedly documented in InformNapalm investigations. However, the evidence proving direct deliveries of these types of equipment to the militants from the Russian Federation is beyond the scope of this publication.

For more evidence deliveries of Russian weapons to the Donbas see the InformNapalm report which was presented at the PACE autumn session.

Thus, another unfounded claim leaves Dmitry Peskov, the press secretary of the Russian president, with some egg on the face once again. Chasing some positive press trying to deny the obvious Russian invasion of Ukraine, he only embarrasses his bosses. For his every word, we have specific facts and evidence. And it all will be used not only in the media, but also in the international war crime tribunal.

This publication was prepared by  Dmitriy K. and Andrew Lysytskiy especially for InformNapalm, translated by Artem Velichko

One Response to “Tanks for Peskov: Russian MBT modifications found in the occupied territories of Donbas”