Observers from the InformNapalm Visited the Tank Storage Base near Luhansk 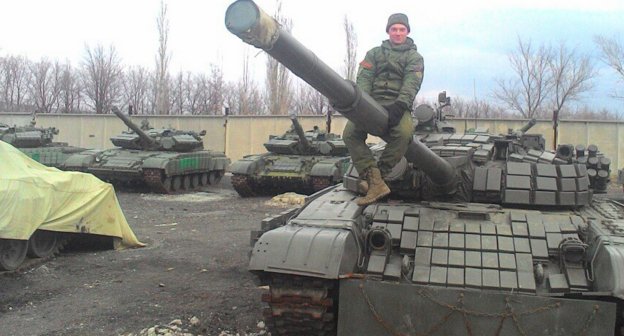 Against the backdrop of strengthening of shelling positions of the Ukrainian military by the Russian-terrorist forces of the so-called ‘DPR’ and ‘LPR’, volunteers of the InformNapalm international community have revealed another mass accumulation of tanks and ammunition for mortars at one of the storage bases near Luhansk. The Russian Federation continues to deploy the military equipment and ammunition to the occupied territory, which may indicate plans to escalate the offensive operations.

Incident injection – to identify the perpetrators

Data from the personal pages in social networks helped us to identify two militants.

The first one is Bogdan Sevastyanov, collaborator, the native of Luhansk Oblast (his profile, contacts and photo album). He is a member of the ‘Batman’ formation, the rapid response team of ‘LPR’, the reorganized remains of which joined the so-called ‘4th separate motorized rifle brigade of LPR’. This is indicated by the Sevastyanov’s chevrons, military equipment which is marked with ‘4 in the square’ tactical sign and his contacts, which were analyzed during exploration of his profile in the social network. 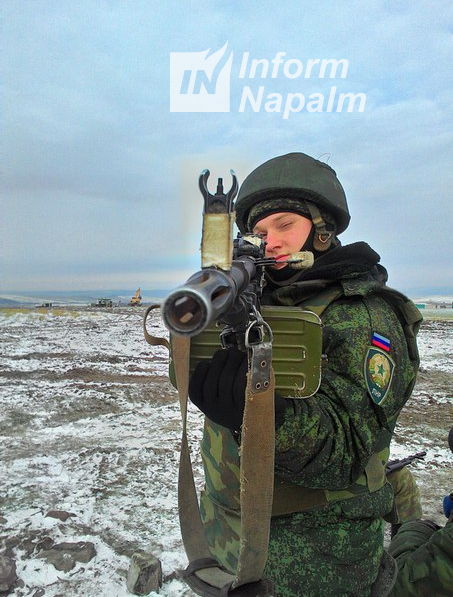 There is an old data about Sevastyanov in the bases of ‘Myrotvorets’, which has contributed to the disclosure of the offender. Nevertheless, this terrorist regularly changes the information about himself, so we provide you with his latest page in the social network.

The second terrorist is certain ‘Nikon Khoroshilov’, a friend of Sevastyanov from Moscow (his profile, contacts, photo album 1 and photo album 2). 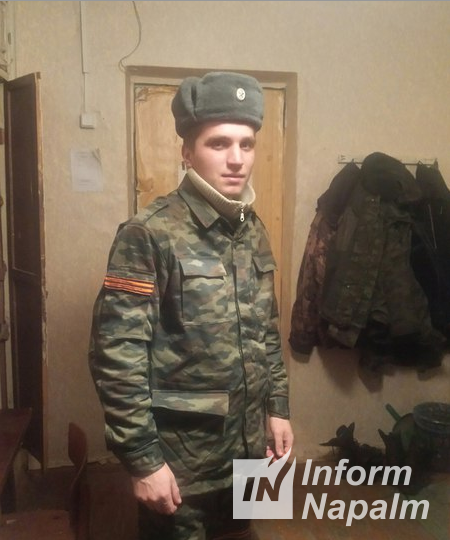 A number of photos from the storage base appeared in the social profiles of the above-mentioned terrorists on February 14-15. First, we see a photo in which Sevastyanov is posing with an OF36 round for the 120mm mortar in his hands in front of an industry building. 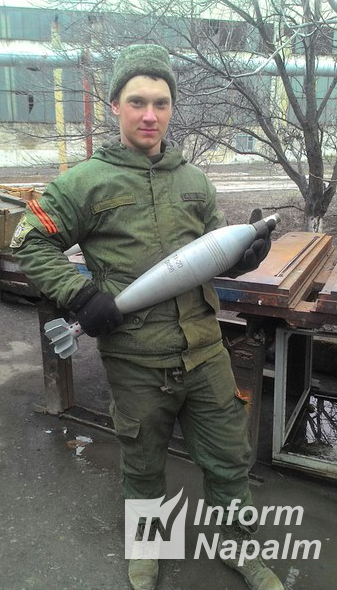 By the way, the Minsk Agreement forbids this caliber.
Almost similar photo has been found in the Khoroshilov’s profile. 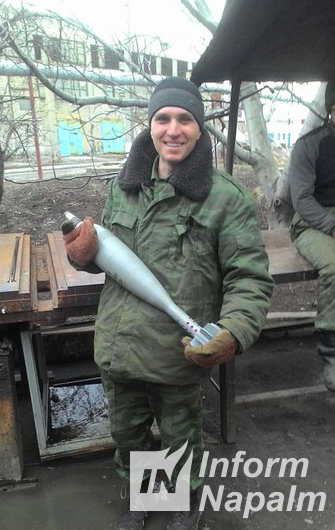 Note that both terrorists have the same date, filming angle and landscape areas in the photos. Perhaps they were involved in the loading and unloading operations.

In addition, volunteers of InformNapalm community identified the mass congestion of T-64 and T-72 tanks (at least 9-10 units) which were located in the internal perimeter of the plant yard. Particularly, Sevastyanov uploaded a number of photos with military vehicles, for example: 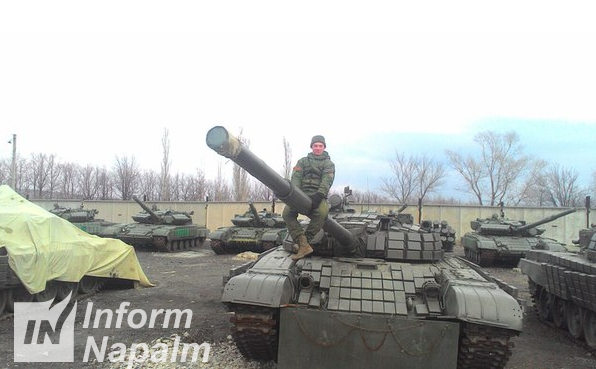 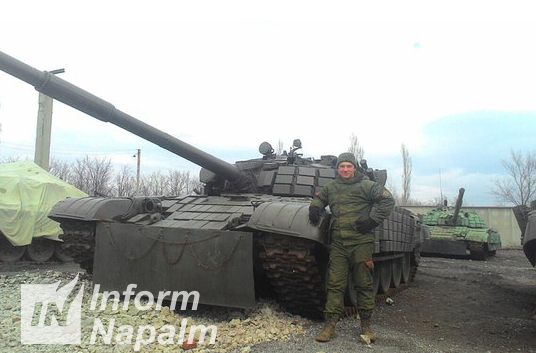 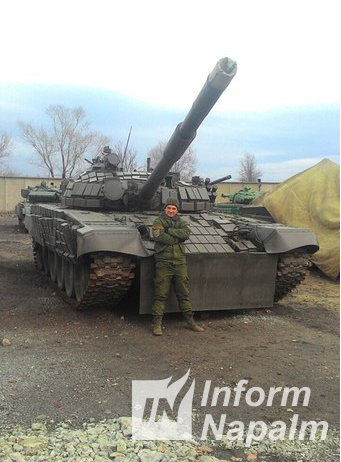 Khoroshilov mentioned the same military equipment on an identical industrial site too. 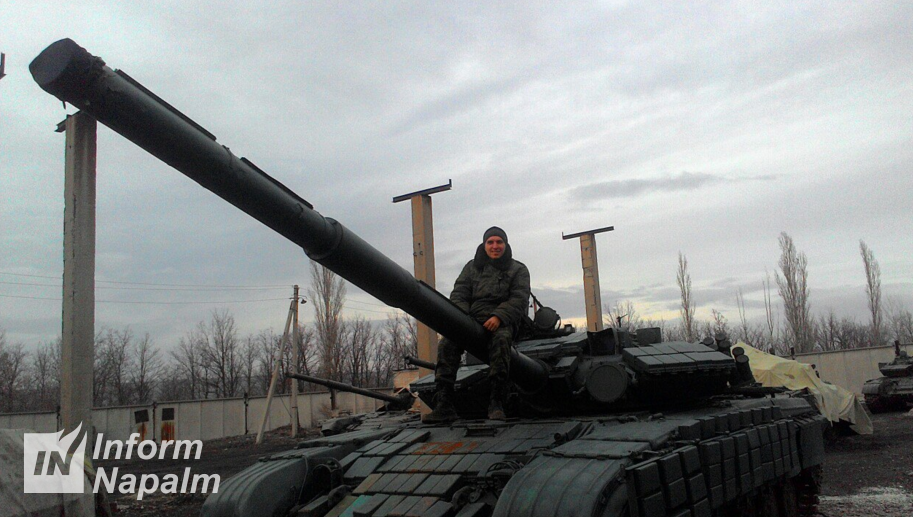 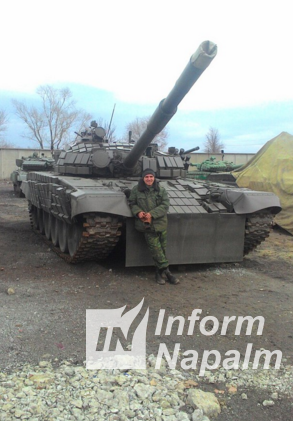 The date and place are the same again. We need to note the following in the analysis of the pictures.

Firstly, the military equipment is relatively new and have not participated in battles. The characteristic ‘smears’ of bright green paint are visible on the sides of some tanks. 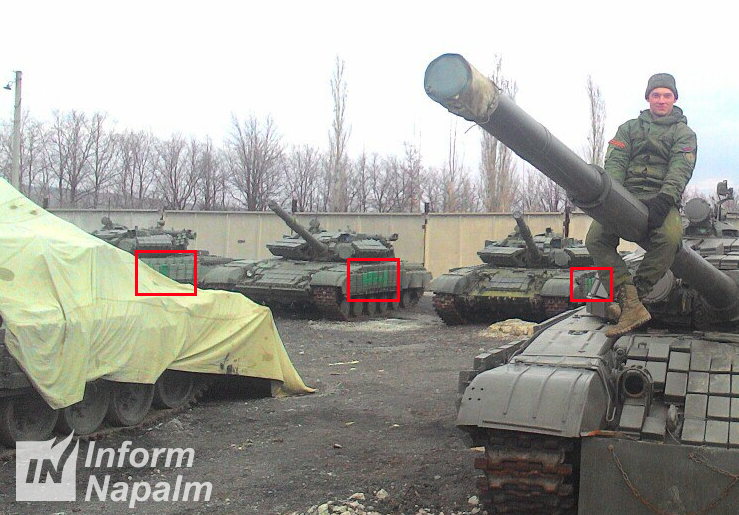 The Russians usually mark the combat equipment on top of the old numbers while illegally crossing the border or transferring equipment to Ukraine by railway. Apparently, in this case, invaders have not yet finished painting the new ‘local’ numbers or tactical signs.

Secondly, please look at the modification of the tank in foreground (archived photo), this is Т-72B1 (object 184-1; 1985) from the ‘exchange’, with ‘Kontakt-1’ explosive reactive armor, TPN-3-49 gunner night sight and L-4 illuminator. However, there is the rack for DVE-BS wind sensor (the sensor itself is removed) behind the night sight. Presumably, this is tank version T-72S1, which is an export version of T-72B1 that was supplied to Iran and was actively delivered (RU) to Venezuela in 2011 and 2012. 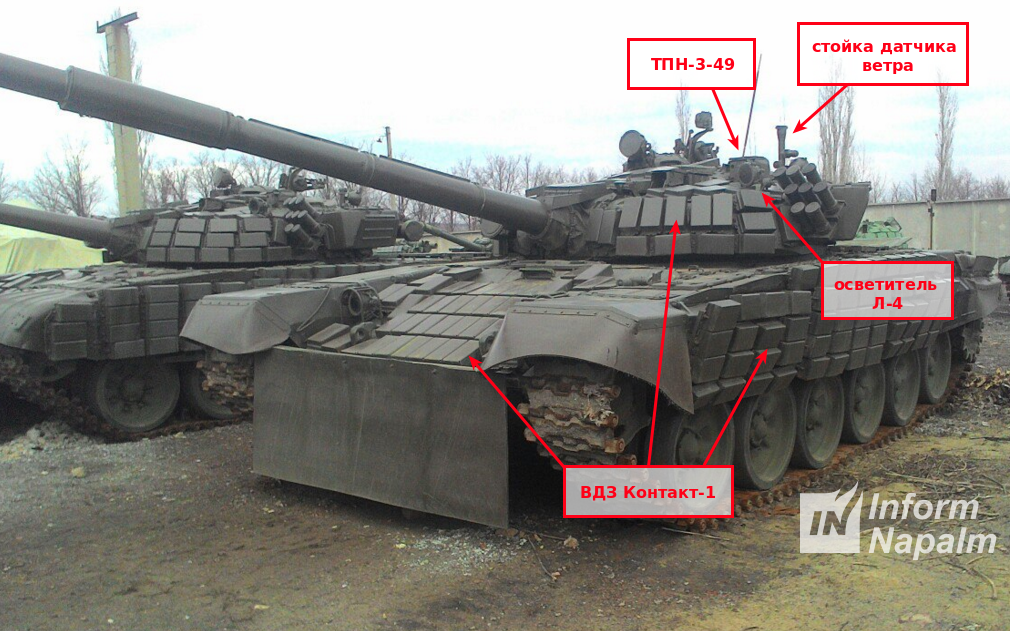 Often T-72S1 tank is confused with the T-72BA1 (modification of T-72B1 tank for the Russian Armed Forces) but they have one external distinguishing feature. The 1K13 night sight is installed on the T-72BA1 tank instead of the old TPN-3-49. For clarity, here we show the difference between the sights and tank modifications… 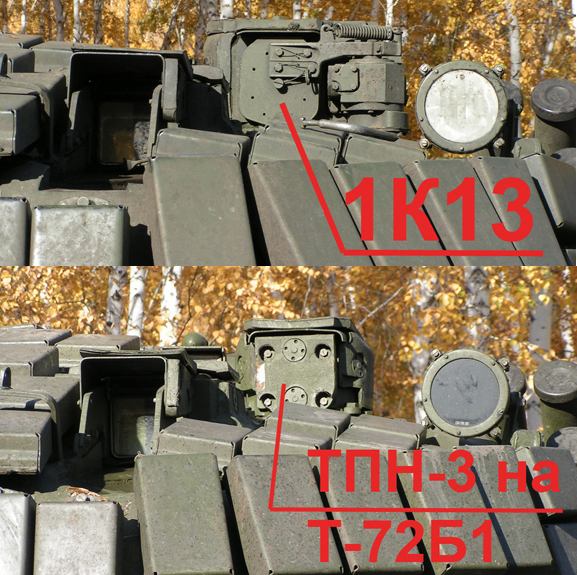 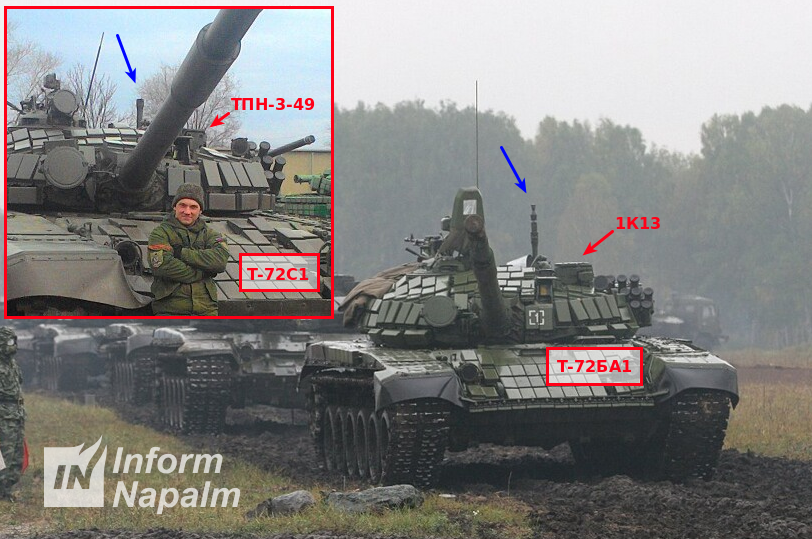 …as well as photos of the Iranian T-72S\Т-72S1 tanks with removed Kontakt-1 reactive armor but with installed DVE-BS wind sensor: 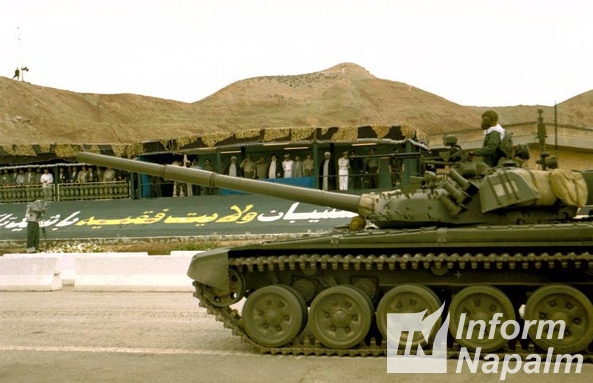 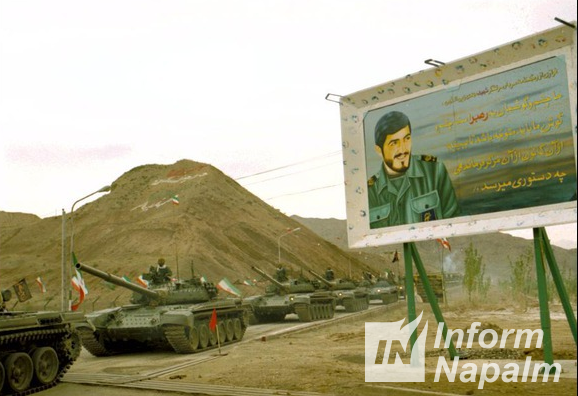 We can assert with high probability that this is another fact of the equipment delivery from Russia to the local ‘hybrid’ army. How else the Russian export tank modification for Iran\Venezuela could appear in the southeast of Ukraine.

Identification of the base

Despite the lack of geological data, volunteers of the InformNapalm international community determined the exact location of the equipment and ammunition storage based on the characteristic features of the fenced area and industrial building. This is the territory of the ‘Raiduga’ [Rainbow] colors plant (‘Raiduga’ Bilensky plant LLC), which is located in the Bile settlement (Lutuhyne Raion in Luhansk Oblast). It is between the Alchevsk and Luhansk cities on the map.

It should be recalled that intelligence agents of the InformNapalm have already informed the readers about this plant in November of 2015, in the article “Tanks for the Coloring at the ‘Raiduga’ Plant“. There were at least 24 tanks on this base at the end of the autumn of last year.

It should be noted that Bile is situated on an important M04 highway and lies just 3 km west from the ‘Zbirna’ railway station.

Based on the above material we can state the following:

At the end of this article, we would like to refer to the OSCE mission with the proposal to more closely explore the area of the Bile settlement, in particular, the territory of the ‘Raiduga’ plant as well as the surrounding traffic arteries.