The Last Haul of the Russian Soldier to MH17 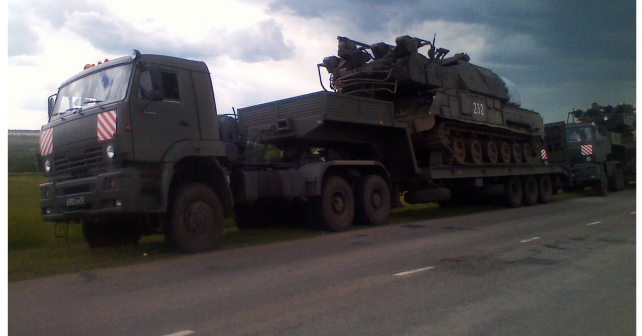 During OSINT investigation, photographs have been found that document the movement of the Russian Buk missile systems, one of which was involved in the crash of the passenger aircraft Boeing-777, flight MH17, in 2014.

The deployment of the Russian Buk systems was performed by a truck unit of the 147th Automotive Logistic Support Battalion of the General Staff of the Russian Armed Forces, military unit 83466 located at 68 Rublevskoe Shosse in Moscow.

Photographs were found on a page of the Russian soldier Dmitry Zubov on the social network VKontakte (link: https://vk.com/id81361313). He is one of the truckers from the truck logistics unit.

Several hours after the original publication of this article in Russian, the page of Dmitry Zubov was deleted. Instead, a new account of Ivan Veselov was created, later replaced by an account of Dmitry Andreev. The photographs we present here were deleted. It’s common for servicemen to count days of their service, especially at the end of their term. Every day before the discharge is counted, and soldiers post this count (e.g. 8 days, 7, 6 etc. are left) in social networks. Therefore, we can assume that most of the posted photographs are dated correctly.

The direction of movement of the column of Buk systems can be determined by the road signs documented in the photos, that are posted in the chronological order. There is another photo of the Buk systems and a road sign.

The photo shows the camouflaged vehicles. During a break, the soldiers had covered the vehicles with branches and sat around a campfire.

There is one more photo of the camouflaged trucks. The next photo shows a Buk missile system with a serial number 232. Under the photo, the soldier wrote “8 days” which means 8 days until the discharge.

The Buk with a serial number 232 was spotted in the city of Stary Oskol on June 23, 2014. Its photo was posted on Instagram by a user rokersson (https://instagram.com/p/pmJZkzSA0s/). 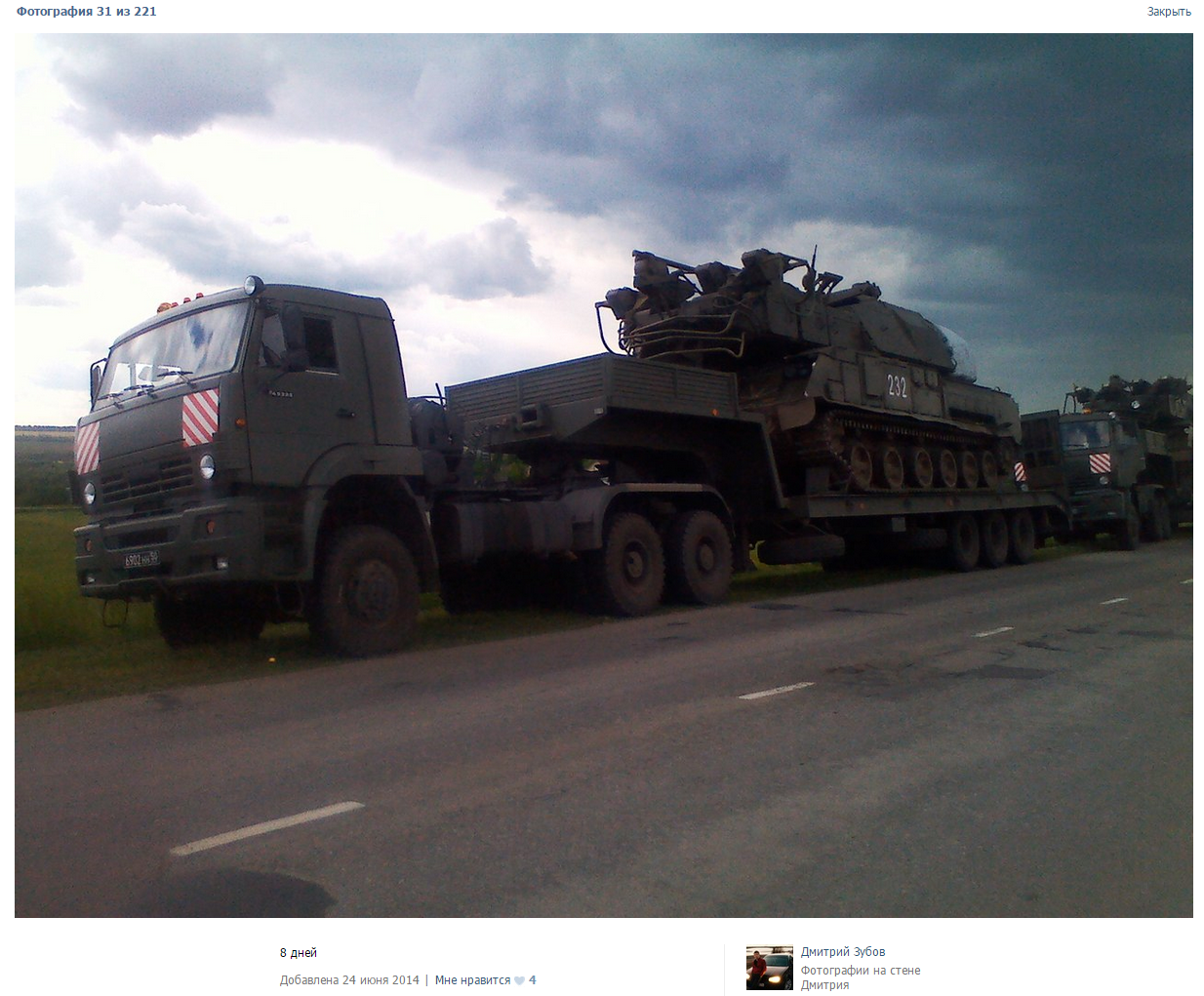 Dmitry Zubov’s comment under the next photo says: ‘Yes, 7 days until the discharge.” 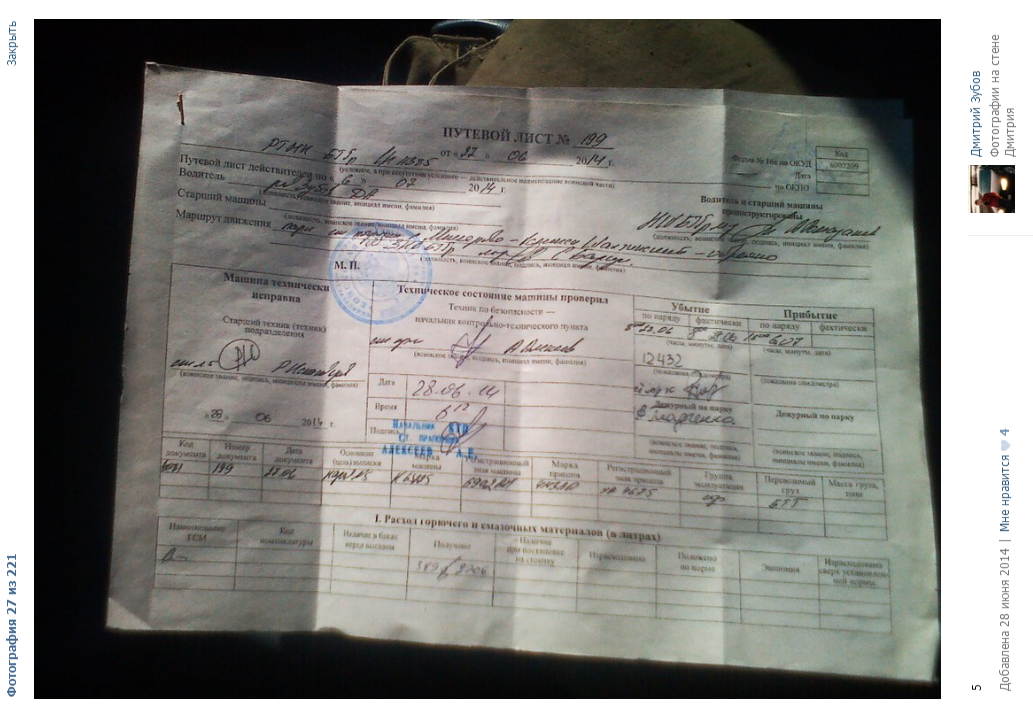 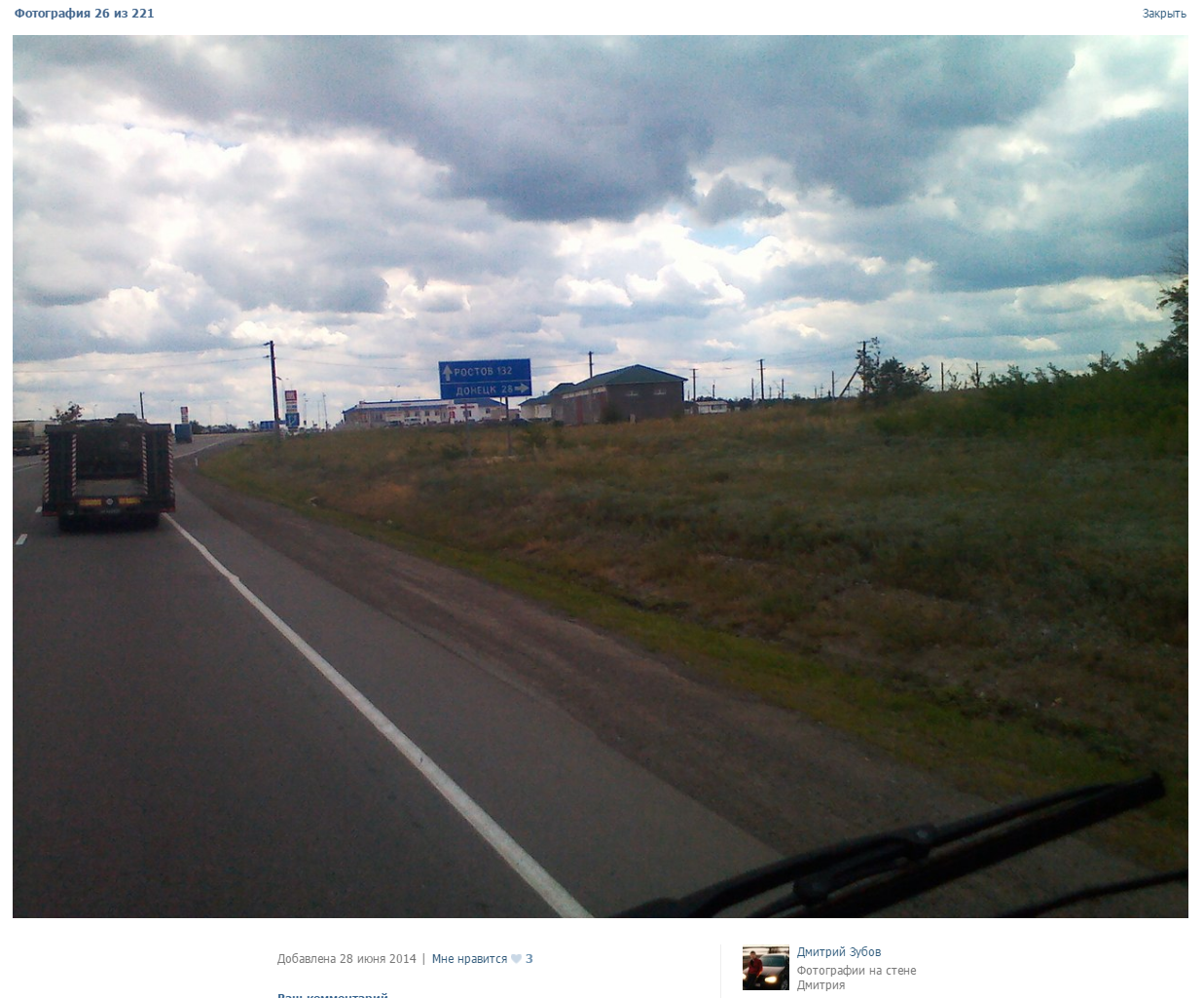 The long-haul trucker left the following comment to the next photo: ”The last haul on my 6902нн”. The license plate has a regional code 50, which confirms that this is the same column that has been spotted before (http://globeukraine.blogspot.com/2014/09/mh17-bellingcat.html). 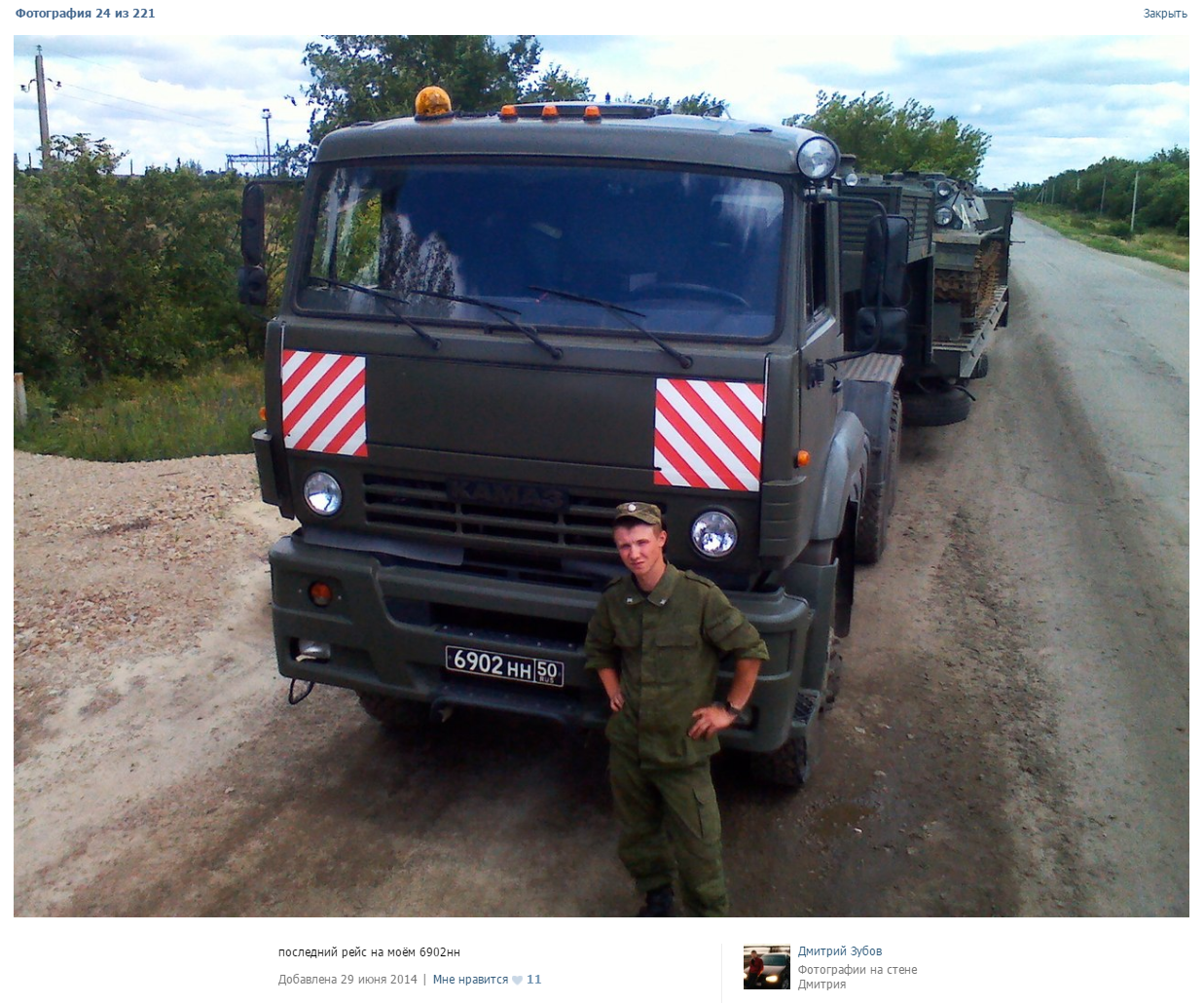 The author left a comment: 4  after this photo, i. e. 4 days until the discharge. The soldier wrote “3 and the light is red” under the following photo, which means that it is 3 days until the discharge. He is on a train, on the way back to his military unit. Finally, on July 2, 2014 Dmitry Zubov got his discharge (DMB).  Two weeks later, one of the Buk systems that were transported into Ukraine by his truck unit shot down the flight MH17.

The Malaysia Airlines Boeing-777 (flight MH17) was shot down on July 17, 2014. All 298 people on board were killed, 283 passengers and 15 crew members. Among killed were 192 citizens of the Netherlands (one of them with a dual USA citizenship), 44 citizens of Malaysia, including 15 crew members, 27 citizens of Australia, 12 of Indonesia, 10 of the Great Britain (one of them with a dual citizenship of the South Africa), 4 of Germany, 4 of Belgium, 3 of the Philippines, one of Canada, and one of New Zealand.

Note: The screenshots in the article presented in the same order as the soldier posted them on his VKontakte page. They may be not in a chronological order.

The material was prepared by @BuTaJIu4eK exclusively for InformNapalm. The reference to InformNapalm is required when using the material.