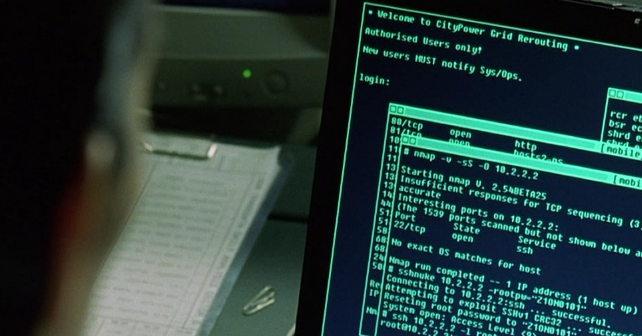 On June 28 Ukrainian patriots from the cyber alliance FalconsFlame, Trinity and Ruh8 conducted a successful operation on breaking a network of Russian propaganda media. The hackers dedicated this operation to the 20th anniversary of the Ukrainian Constitution, which is rooted in the glorious times of the Ukrainian Cossacks, known for their love of freedom and fearlessness. These qualities have not been lost, and today the descendants of the Cossacks, the cyberspace soldiers remind everyone who is involved in the propaganda element of Russia’s hybrid aggression against Ukraine: you have every reason to fear the sound of your own working computer and every incoming message. In just a few months, new groups have joined the Alliance. The informal team keeps expanding and exchanging new skills and knowledge. In anticipation of the commencement of the Operation #opDay28, the hackers from the CyberJunta team joined the alliance.

According to the hackers, each subsequent attack is going to be more impactful and more painful to the enemy, and they will continue until the last hybrid Russian soldier leaves the occupied Crimea and Donbas. Free people never go down the same path with slaves.

In addition to site break ins, the hackers are working on identifying those who are involved in the Russian propaganda machine, which has taken lives of 12 thousand people in the last two years. The break ins target mailboxes, social networks communications, and cloud storage of Russian propagandists – or rather the virtual soldiers of the Kremlin regime. Then the data is delivered for processing to the volunteer analysts of InformNapalm, the Peacemaker website, and the SBU so that the perpetrators of crimes would receive their due punishment in reality. For example, thanks to the hack of the novorossia.me website it was possible to obtain personal information of the employees of the NovorossiaTV propaganda outlet. The lists of terrorist abettors are available at ordilo.org.

We recommend our readers to watch the video message of the Cyber Alliance broadcast from a Lviv subway station.

Over the recent months the Cyber Alliance has already performed several successful surgeries on removing Kremlin’s virtual tumors, including the break in and destruction of the Russian propaganda landfill ANNA-NEWS, which is funded and supervised by the FSB. On May 9 the brilliant operation to destroy 9 websites took place, and later the Alliance broke into the corporate portal of the Russian Channel One and retrieved the personal information of all its employees.

But the virtual Alliance is not going to rest on its laurels of past victories so the following resources have been hacked today:

We offer the evidence of the break-ins in the following video.

For several years, the Kremlin has been spending billions of dollars to promote and implant its own world views in the minds of the citizens of our planet. Ukraine has become the outpost protecting the rest of the world and fighting back against Muscovy, because the Kremlin ignored the most important aspect – the existence of free people with their own world view that is impervious to money and power. The freedom of thought and the desire to live their own life – these qualities are incomprehensible to the people accustomed to living in a world where everything can be bought and sold. But these qualities are the strongest weapons against the lies, phantoms and the stereotypes of the obsolete Chekist regime. Together we will win!

Note: The volunteers of the InformNapalm community were not involved in the break-ins. The purpose of this publication is to inform the public about the events taking place in cyberspace.

Materials for the publication were prepared based on information from  FalconsFlame, Trinity, Ruh8  and CyberJunta