Ukrainian refugees – a topic for political speculation in Belarus 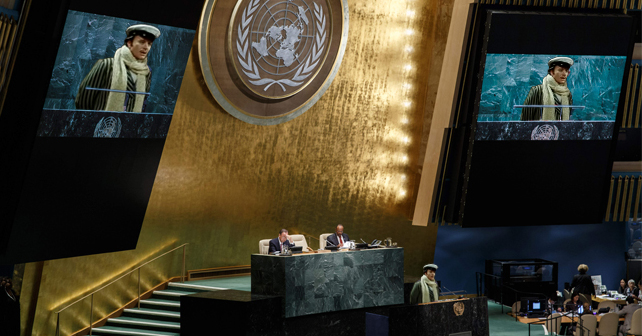 In late November InformNapalm volunteers observed a rising tide of information in Russian, Belarusian and Ukrainian media centered around the topic of Ukrainian refugees. A spark that provoked media frenzy was a jaw-dropping number of 160,000 refugees from Ukraine in Belarus that was voiced by the Representative of the UN High Commissioner for Refugees (UNHCR) in Minsk. The monitoring of reports and official statistics released by government authorities allowed InformNapalm volunteers to discover discrepancies and misinformation analyzed and refuted in this article.

Official statistics that will help to expose misinformation

According to the Department of Citizenship and Migration of the Ministry of Internal Affairs of Belarus, in 2014-2015 1,642 citizens of Ukraine applied for refugee status or subsidiary protection in Belarus. As of 2015 1,089 of them obtained subsidiary protection, and only 1 (one!) citizen of Ukraine was granted official refugee status. The vast majority of immigrants from the war zone of Ukrainian Donbas have the status of migrant workers with a temporary (1 year) or permanent residence permit in Belarus. Overall, during the period of January 1, 2014 to July 1, 2016 there were registered 35,157 of such migrants (according to the statistics of the Department of Citizenship and Migration of the Ministry of Internal Affairs of Belarus: 1, 2, 3), and many of them are migrant workers from all parts of Ukraine – not only from Donbas. Also, it should be taken into account that some of them are seasonal migrants who come to work and go back to Ukraine. On the basis of the above-mentioned official data, now there are approximately 25,000-30,000 migrants from Donbas in Belarus. This number is still very significant, for it should be borne in mind that they are no ordinary resettlers of peaceful professions – many of them are supporters and collaborators of the Russian hybrid army, and repeaters of aggressive war propaganda. Among them we can also find militants with significant combat experience who degrade the value of human life and defy moral principles. InformNapalm already addressed the topic of militants migration in one of prior investigations.

Please, mark the official number of 25,000-30,000 Ukrainian migrants in Belarus. We will come back to it later. Now let’s move on to further analysis of migrant media frenzy.

Fanning of the refugee issue – timeline

First mentions of overestimated migration data appeared in September 2014, when Oldrich Andrysek, the representative of the UN High Commissioner for Refugees (UNHCR), during his visit to Homel Oblast brought up the number of 25,000 Ukrainian immigrants in Belarus. At that time Alexei Begun, the Head of the Department of Citizenship and Migration of the Ministry of Internal Affairs, did not confirm this number and reported the actual data:

There are 250 applications for refugee status – these figures exist. As for the rest… For instance, over 7,000 people got work permits. Although it is obvious that some of them have been working [here] since last year.

After that UNHCR went on inflating ‘the migrant bubble’ which was reflected in the ever increasing difference between the numbers provided by UNHCR and the official statistics of Belarusian government authorities. Thus, on December 2, 2014 UNHCR published operational update already informing about 59,600 Ukrainian migrants. What is important – UNHCR refers to the data assertedly obtained ‘from the authorities’. Yet, according to the information from the official Belarusian sources summarized in the annual statistics published by the Department of Citizenship and Migration of the Ministry of Internal Affairs of Belarus, only 17,778 migrants came to Belarus from Ukraine and 664 Ukrainians applied for refugee status or subsidiary protection in 2014.

Information distortion manifested itself in the most prominent way in 2015, when the operational update of UNHCR for March, 21 – April, 10 already included 80,900 Ukrainian migrants in Belarus, and again with the reference to some mysterious ‘government sources’ of Belarus. This information shuffle reached its apogee in fall of 2015, when the number that had been remaining almost unchanged until a small increase to 81,600 Ukrainian migrants in August skyrocketed to 126,450 people in UNHCR operational update released on September 7, 2015. The reference to this mind-blowing in terms of statistics number pointed one more time to ‘government sources’ and ‘respective national asylum authorities’. 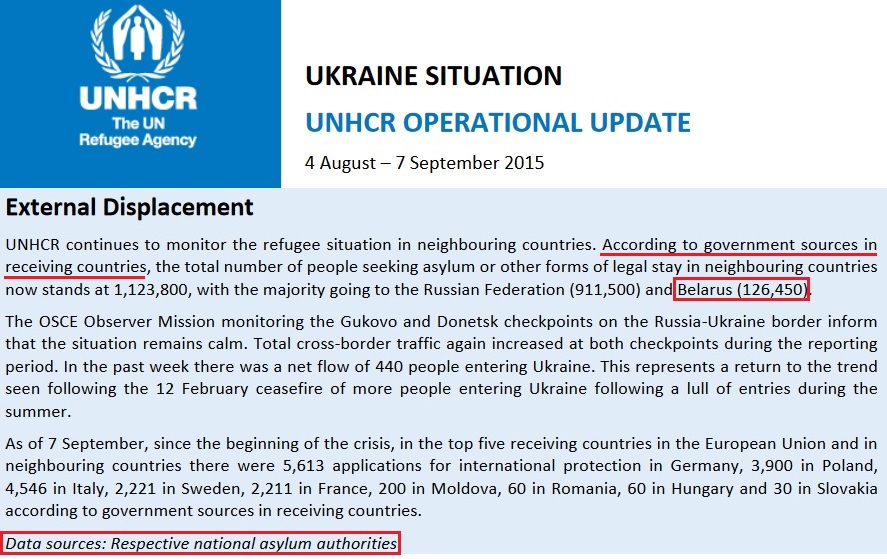 In October 2015 Jean-Yves Bouchardy, the Representative of UNHCR in Belarus, ‘counted’ as many as 150,000 despite the fact that official data of the same UNHCR gave the figure that was smaller by more than 20,000. Yet, he did not stop at that and plunged into arithmetic:

I think that 150,000 people is a significant number and, if compared to the total population of Belarus, it will constitute about 1.7% (archive). 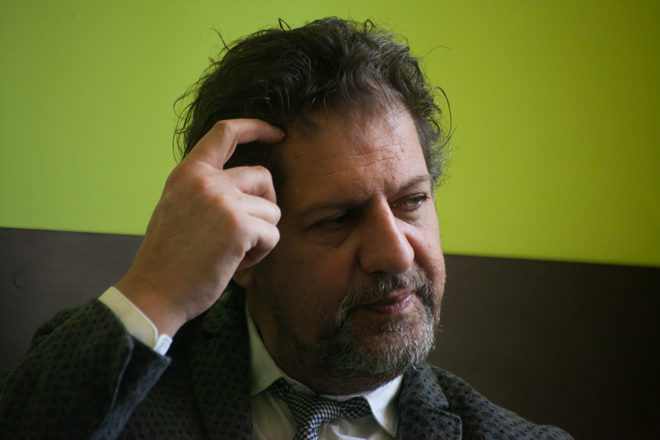 In the photo: Jean-Yves Bouchardy, the Representative of UNHCR in Belarus | Belsat

In the spring of 2016, possibly in the aftermath of lifted sanctions, top government officials of Belarus also got involved into statistical manipulations. For the first time this was clearly demonstrated during the meeting of Lukashenko with Michael Carpenter, Deputy Assistant of the U.S. Secretary of Defense, on March 30, 2016, when the President of Belarus voiced the number of 160,000 refugees from Ukraine in the country.

Photo of the meeting from the official website president.gov.by

On September 26, 2016 Vladimir Makei, Minister of Foreign Affairs of Belarus, in the interview on UN radio, to much surprise, repeated the same words about 160,000 Ukrainian refugees. 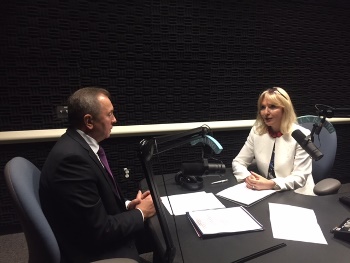 Ten days later, on October 6, 2016 at the 67th Session of the UNHCR Executive Committee in Geneva Yuri Ambrazevich, Permanent Representative of Belarus to the United Nations and other international organizations, continued to manipulate the data:

In recent years Belarus faced a migration wave of Ukrainian citizens, who had left their homes because of the crisis in the country’s South-East. After accepting during this period more than 160,000 people from Ukraine ‘without extra fuss’, Belarus is now among the world leaders (!) by the number of displaced persons per capita (archive). 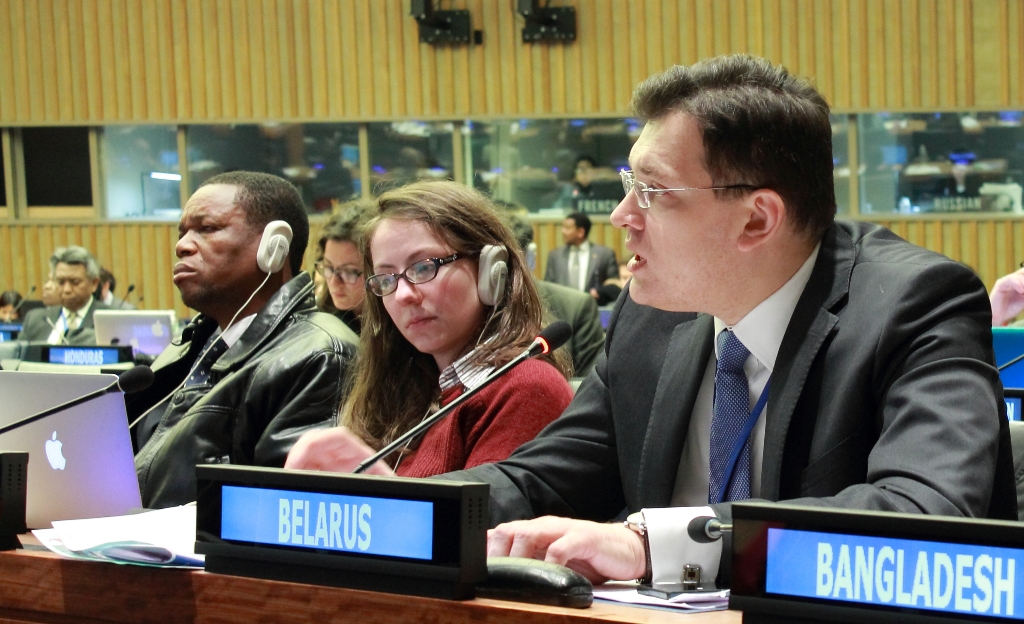 At the photo: Yuri Ambrazevich | mfa.gov.by

On November 8, 2016 Igor Sokol, Ambassador Extraordinary and Plenipotentiary of Belarus to Ukraine, made a similar statement during the conference “25 years of Ukrainian-Belarusian dialogue: prospects of bilateral relations in the times of global challenges” in Kyiv, citing the numbers of UNHCR (the circle is closed now!). Soon after this, on November 20, 2016, during the broadcast of Belarusian ONT TV channel the above-mentioned Representative of the UNHCR in Belarus Jean-Yves Bouchardy firmly pins down false information about the presence of 160,000 Ukrainian citizens in Belarus:

It is known that Belarus traditionally accepts refugees from different countries. Until recently, their number on the territory of your country had been insignificant, however, due to the conflict in Eastern Ukraine about 160,000 citizens of that country came to Belarus. Of them, about 2,000 applied for asylum.

It is notable that Jean-Yves Bouchardy met with Igor Shunevych, the Minister of the of Internal Affairs of Belarus, and his deputies several times (1, 2, 3), so he definitely was supposed to get all available information about the actual number of refugees and migrants in Belarus according to the official data of the Department of Citizenship and Migration of the Ministry of Internal Affairs of Belarus. However, as it has been repeatedly pointed out, many believe they are telling the truth or at least pretend to believe.

It is also necessary to highlight a special role of the media in inflating this bubble. Relying on the words of Belarus’s top government officials and representatives of international organizations, media outlets started spreading false information.

Through the example of this investigation we wanted to demonstrate to what scale false information can grow and how far it can spread, if, knowingly or unknowingly, top government officials and representatives of international organizations become involved. Possibly, such manipulation with the data were caused by the desire to show the great importance of Belarus in the international arena with regard to the refugee issue or by trivial financial incentives for certain individuals and officials. One of the plausible explanations might be that inflated numbers can motivate the international community to render targeted donor assistance. For instance, in 2015 UNHCR needed funding for its program of assisting displaced persons in Ukraine, Belarus and Moldova in the amount of $ 41.5 million, but UNHCR managed to obtain $ 28.8 million. 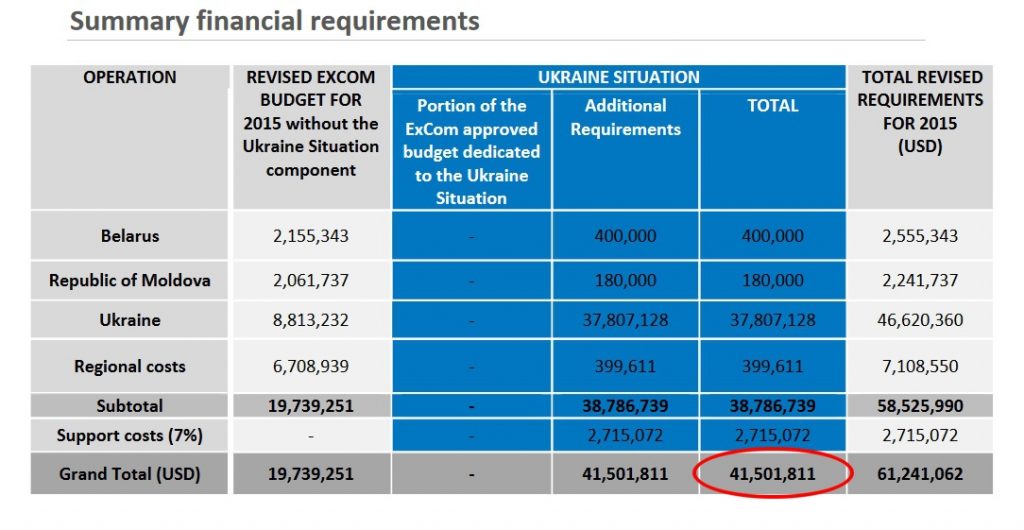 According to the latest operational update released in September, total financial requirement for 2016 is $ 42.3 million which includes $ 17.1 million already contributed by donors. Total financial requirement for 2015-2016 was  $ 83.8 million, excluding additional requests for funding, $ 45.9 million of which were received as of September 2016; additionally UNHCR received $ 11.3 million for IDP (internally displaced persons) program in Ukraine in 2014. The total amount received – $ 57.2 million – is quite impressive. A certain portion of this amount was designated for Belarusian Office of UNHCR that requested more than $ 2 million only in 2015.

Also, we should not drive out a possibility that UNHCR may want to promote the acceptance of a certain share of Syrian refugees from the EU by Belarus whose number will look very insignificant in comparison to ‘160,000 migrants from Ukraine’, even if several thousands get to come. This opinion has already been expressed by the Representative of UNHCR in Belarus Jean-Yves Bouchardy.

The motives of spreading false refugee-related information by Belarusian government officials can be revealed through their statements: they are trying to secure a new status for Belarus as one of the leaders by the number of forced migrants and, thus, strengthen its role in the international community. Their tactics are clear: after successfully serving a ‘peace negotiator’ both in Karabakh and Donbas talks the desire of Belarus to become a nominal leader in refugee issues looks quite logical.

To the attention of colleagues from StopFake project. This investigation of InformNapalm volunteer intelligence community uncovered a far-reaching long-term top level speculation on the topic of Ukrainian migrants in Belarus. We will continue to monitor official statistics and political manipulations with information.

The material was prepared for publication by Denis Ivashin, the editor of Belarusian section of InformNapalm.org.

We call on our readers to share our publications on social networks. Broad public awareness of these investigations can play an important role in information war and shift the course of conventional warfare.