UN voted on the resolution on human rights situation in Crimea. Who tried to block it? 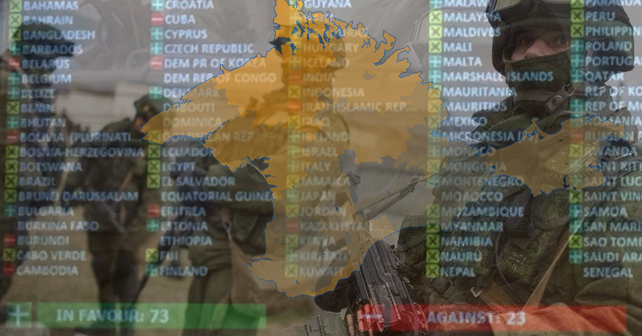 According to the official website of Permanent mission of Ukraine to United Nations, on November, 15 the “Situation of human rights in the Autonomous Republic of Crimea and the city of Sevastopol (Ukraine)” resolution, initiated by Ukraine, has been voted in the Third Committee of the UN General Assembly.

The Ukrainian resolution was co-sponsored by 41 UN member states, 73 states voted in favour, 23 states voted against and 76 states abstained from voting.

For the first time Russian Federation is recognized as an occupant in a UN official document, and Autonomous Republic of Crimea and the city of Sevastopol (Ukraine) – as temporarily occupied territory. Furthermore, the territorial integrity of Ukraine is affirmed, and Ukrainian peninsula annexation is condemned in this resolution.

The document also urges the Russian Federation to grant international human rights mechanisms, in particular the Human Rights Monitoring Mission in Ukraine, unimpeded access to Crimea in order to monitor human rights situation and asks the United Nations High Commissioner for Human Rights to prepare a separate thematic report on the situation in the peninsula.

The voted resolution became an important diplomatic, political and legal document, whereby Ukraine ensures protection of the rights of its citizens on the temporarily occupied territory of Crimea.

It is planned to adopt the voted resolution on a plenary session of United Nations General Assembly in December, 2016.

The resolution can be found here. 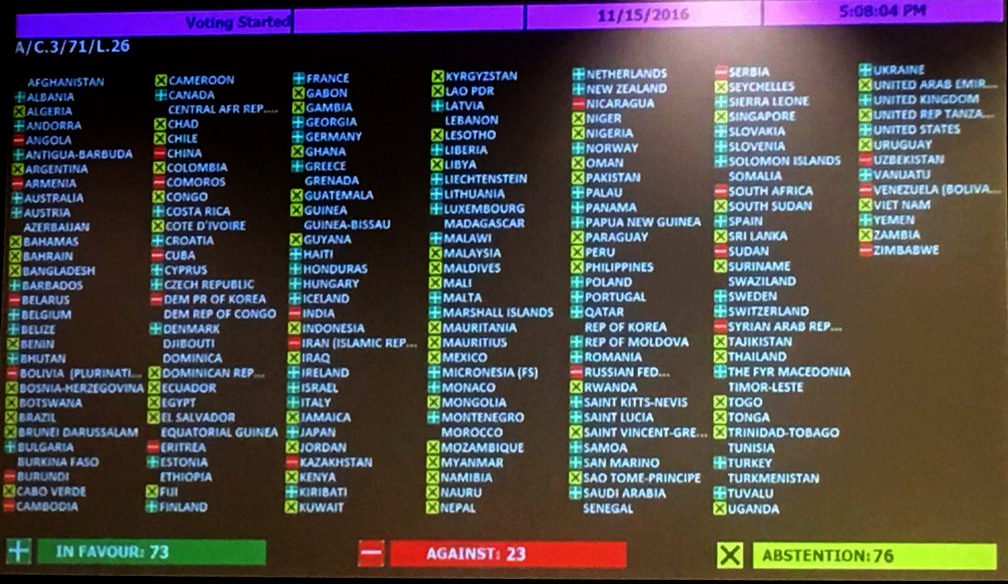 The head of “Da Vinci AG” analytical group Anatoly Baronin has commented on the reasons, why 23 states voted against this resolution, lobbying Moscow interests.

“Voting on this UN resolution gives the best clues to understanding of the Russian Federation current foreign policy. Evaluation of each of 23 states voting rationale obviously demonstrates the paradigm and basis for support of the Kremlin in the world.

Russia – the object of resolution.

Nicaragua – financial support, the same reason as for recognition of Abkhazia and South Ossetia.

No Responses to “UN voted on the resolution on human rights situation in Crimea. Who tried to block it?”