Yandex.Maps in the service of the ‘Kyiv Junta’ 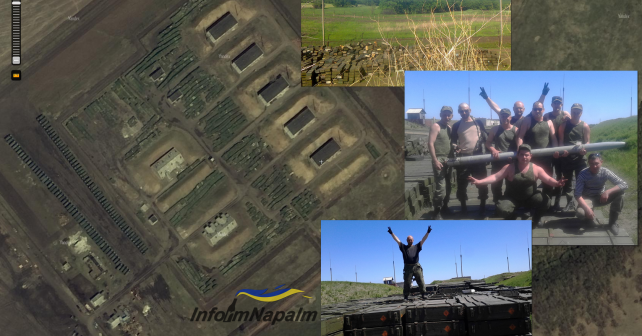 Recently the Yandex.Maps service felicitously updated the satellite pictures of the occupied territories, disclosing all the Russian occupation bases and the ammunition concentration areas in Donbas.

Let’s take a look at such places mentioned by the InformNapalm team in previous articles.

Unloading of a Russian train with ammunition to the Russian tented army trucks on ‘Krasnodon’ railway station in Suhodilsk. 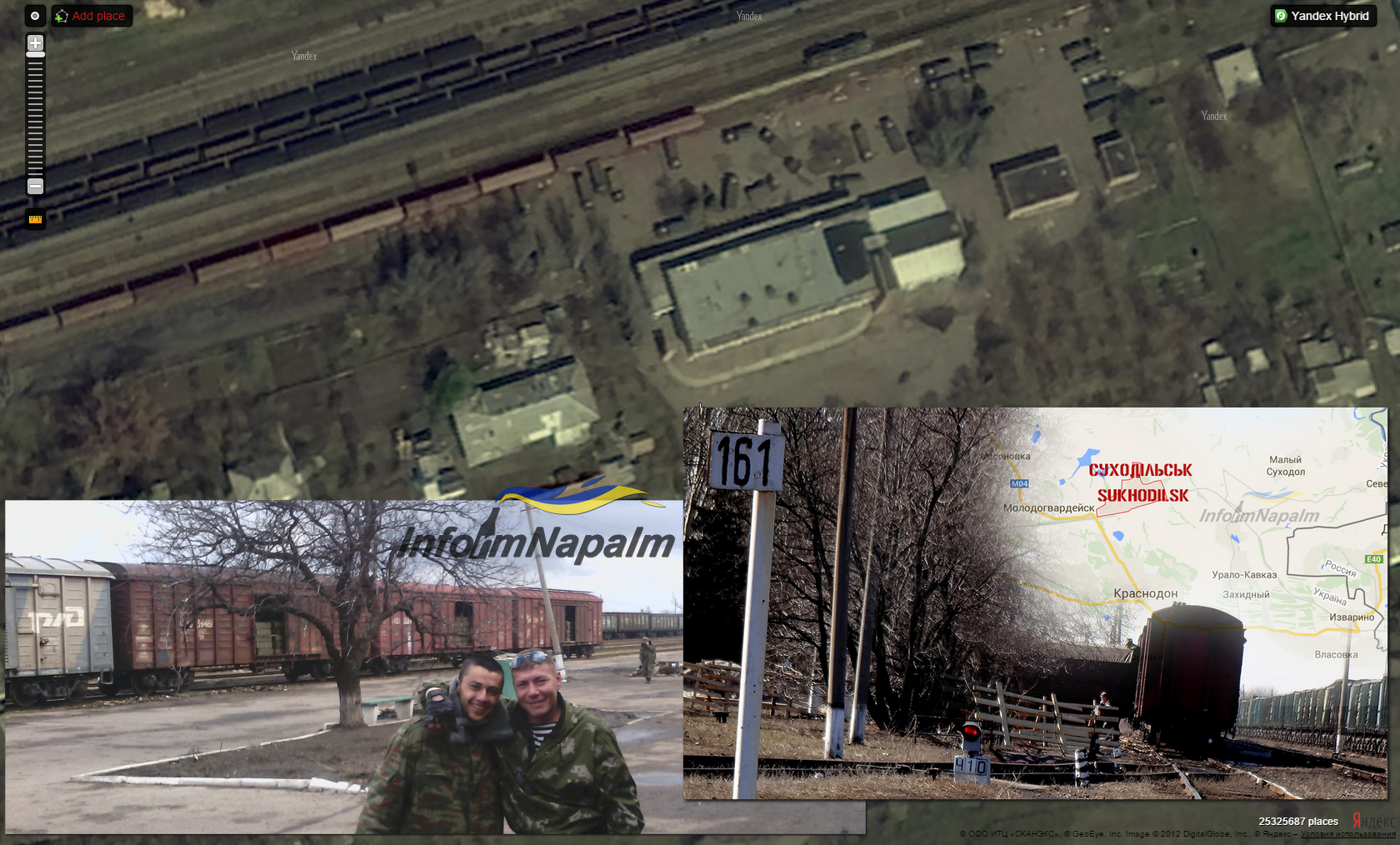 The ‘Dynamite warehouse‘ located 7 km from ‘Krasnodon’ railway station with piles of various ammunition. More than a hundred of trucks is registered in the picture. 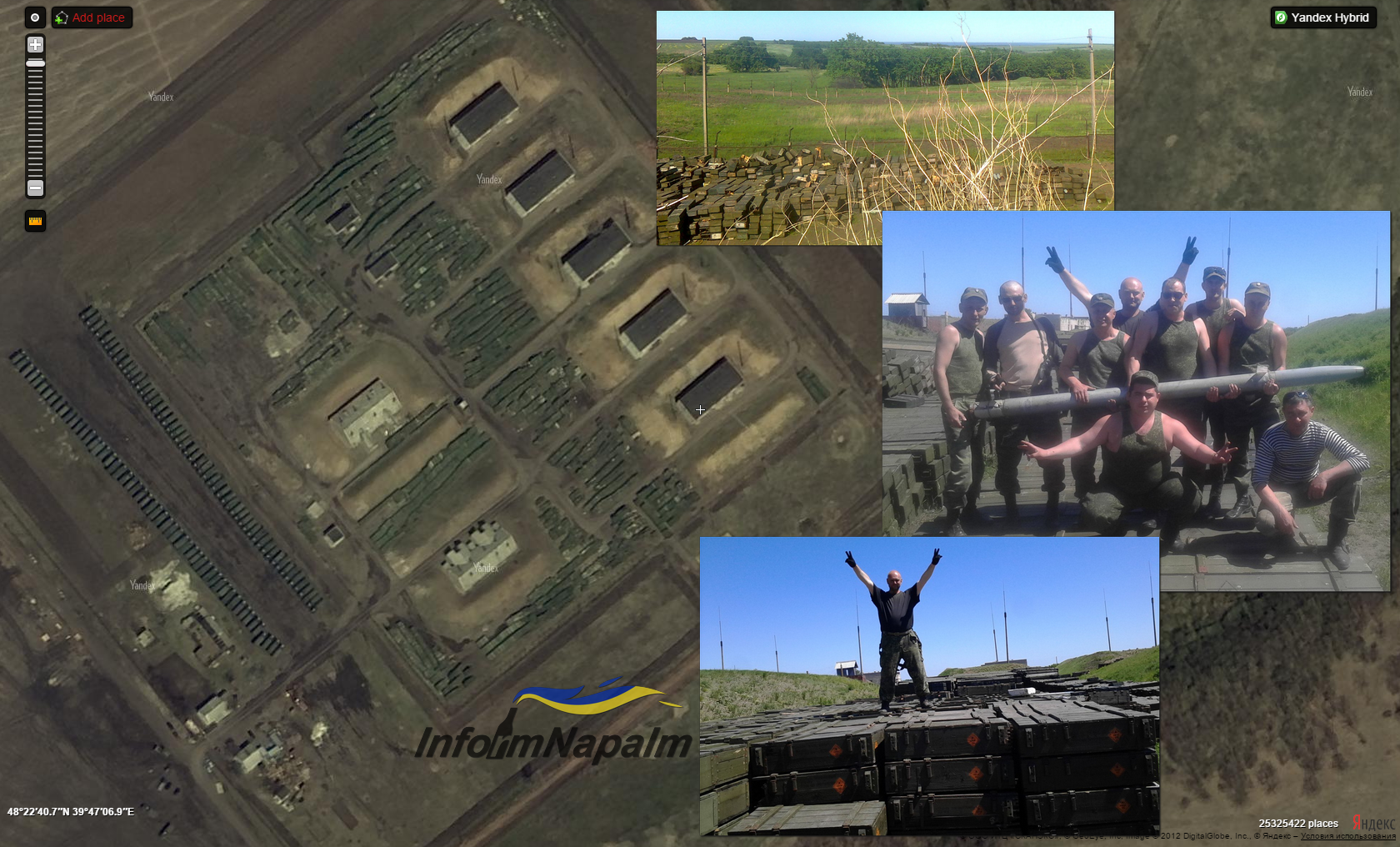 Russian occupation base near Shyrokyne in the territory of the agrotechnical workshop No. 5 of ‘Illich-Agro Donbas’ state company. 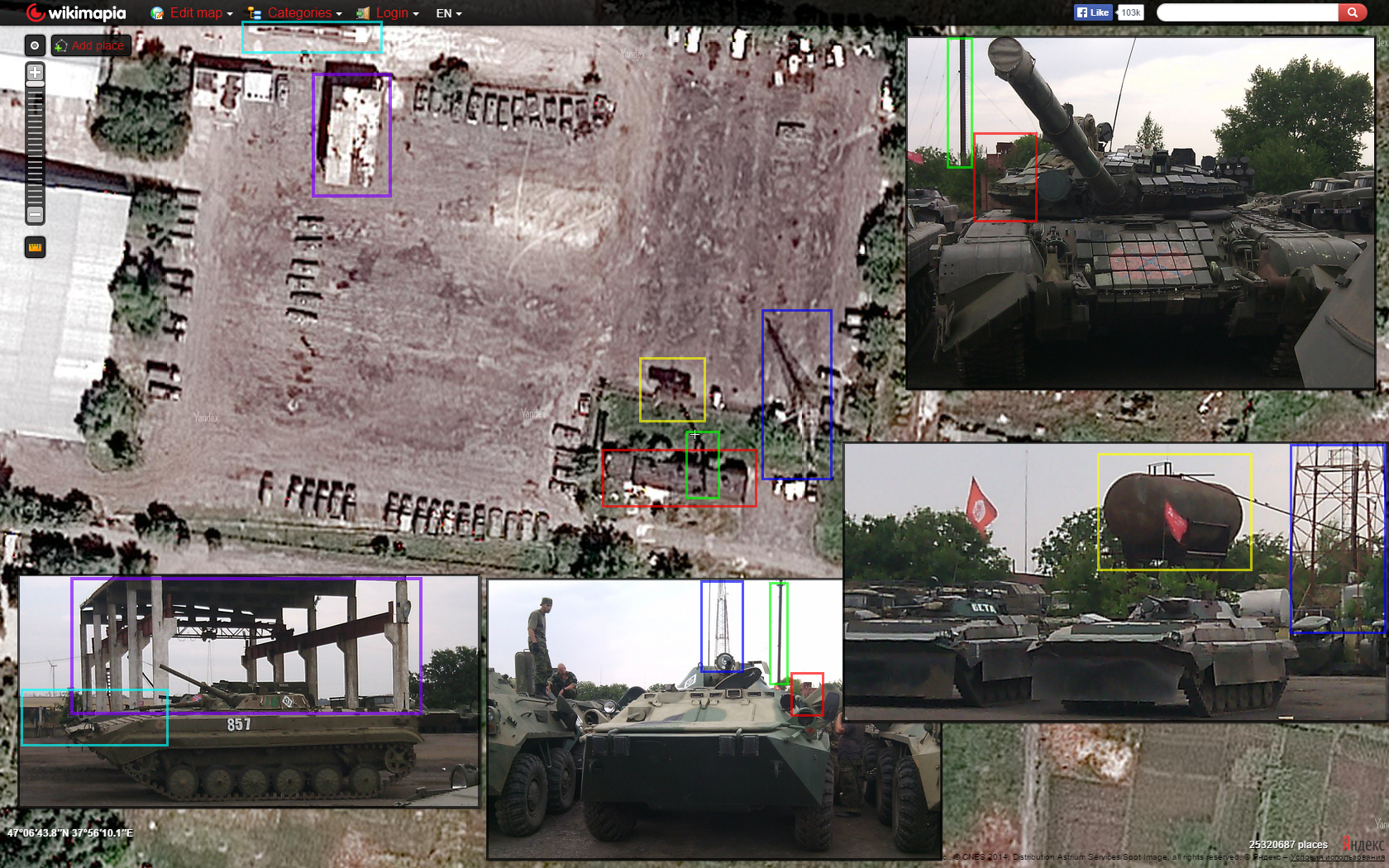 And here is an example of the information leak about the positions and trenches of the Russian occupation forces – in about a mile from the outermost buildings in Shyrokyne. From the remainings of these buildings. 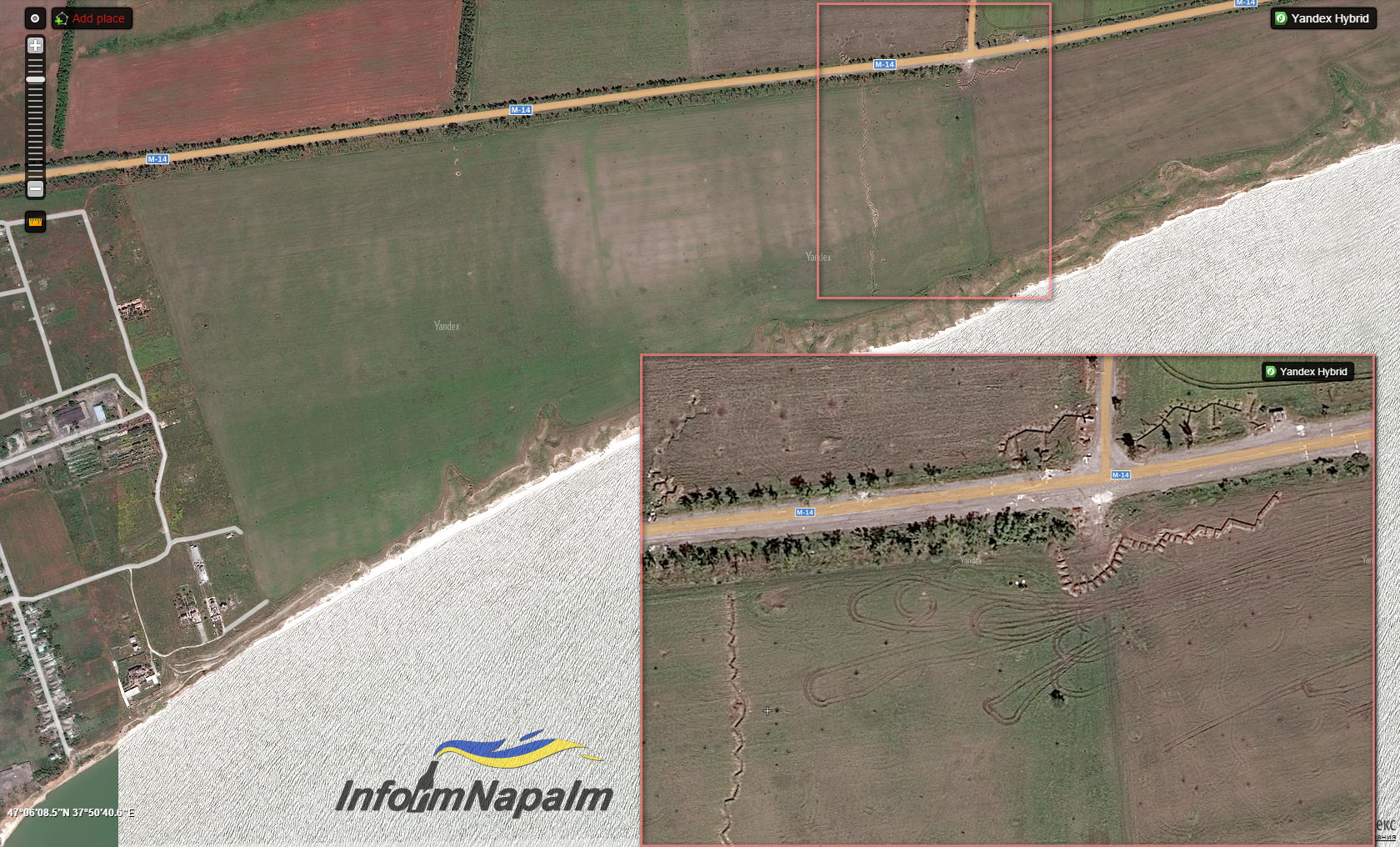 The Russian artillery base in the center of the town, in the territory of ‘DonbasAntratsyt’ state company. 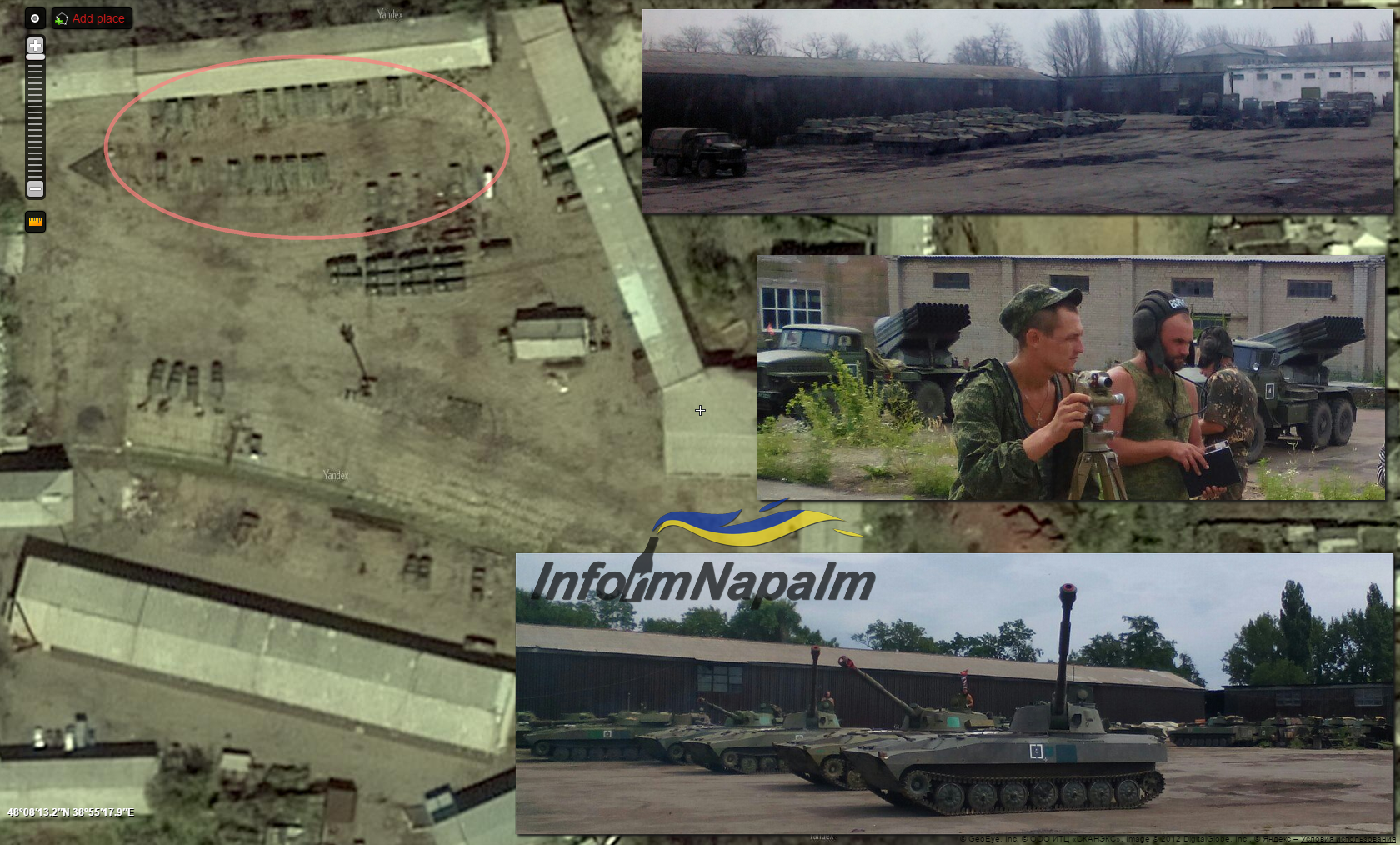 A training camp of the Russian occupation forces in the territory of an abandoned military unit. A small camp with a R-142N command post vehicle can be seen there. 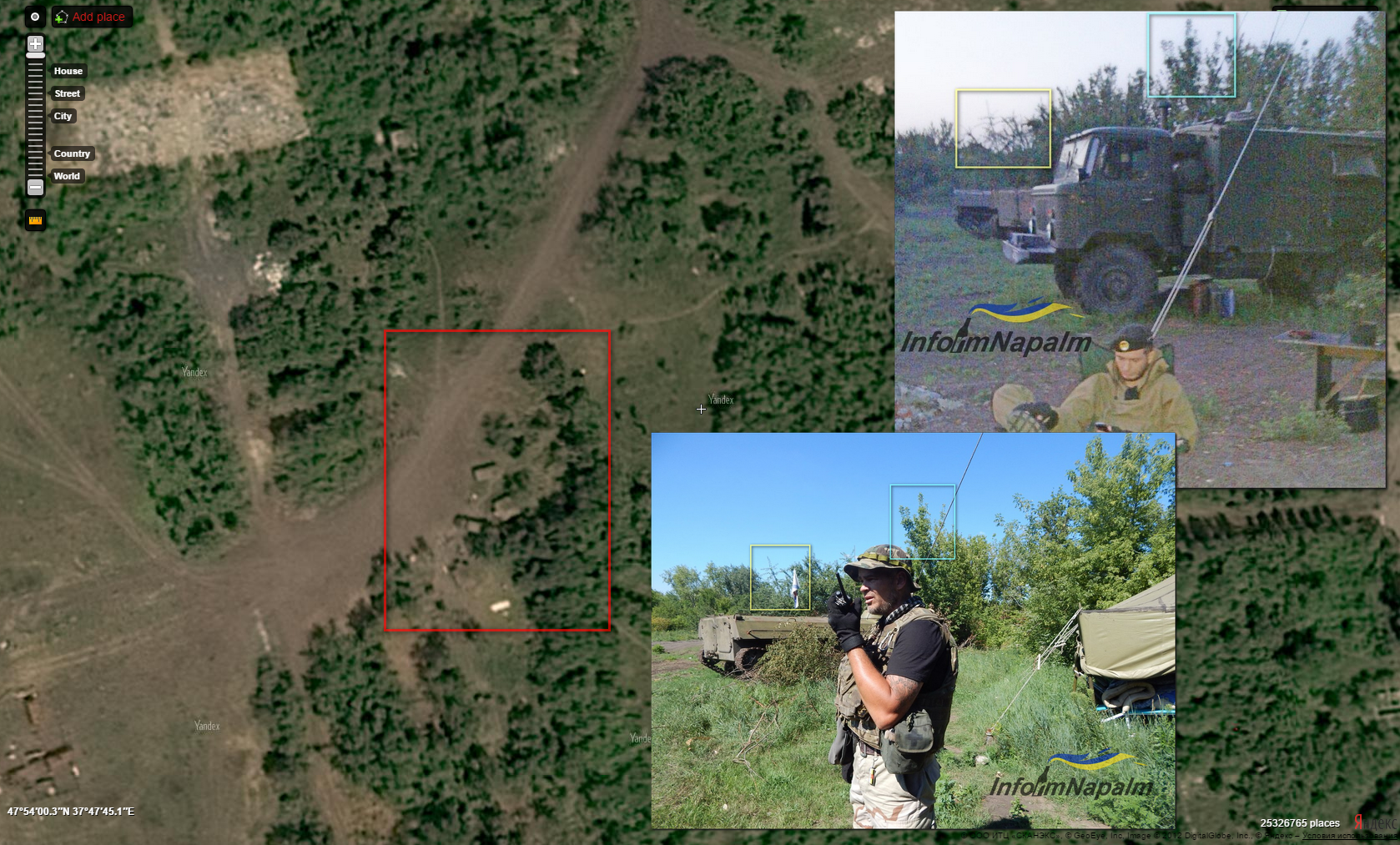 The Russian military base in the territory of Stakhanov’s General Boarding School No. 1. 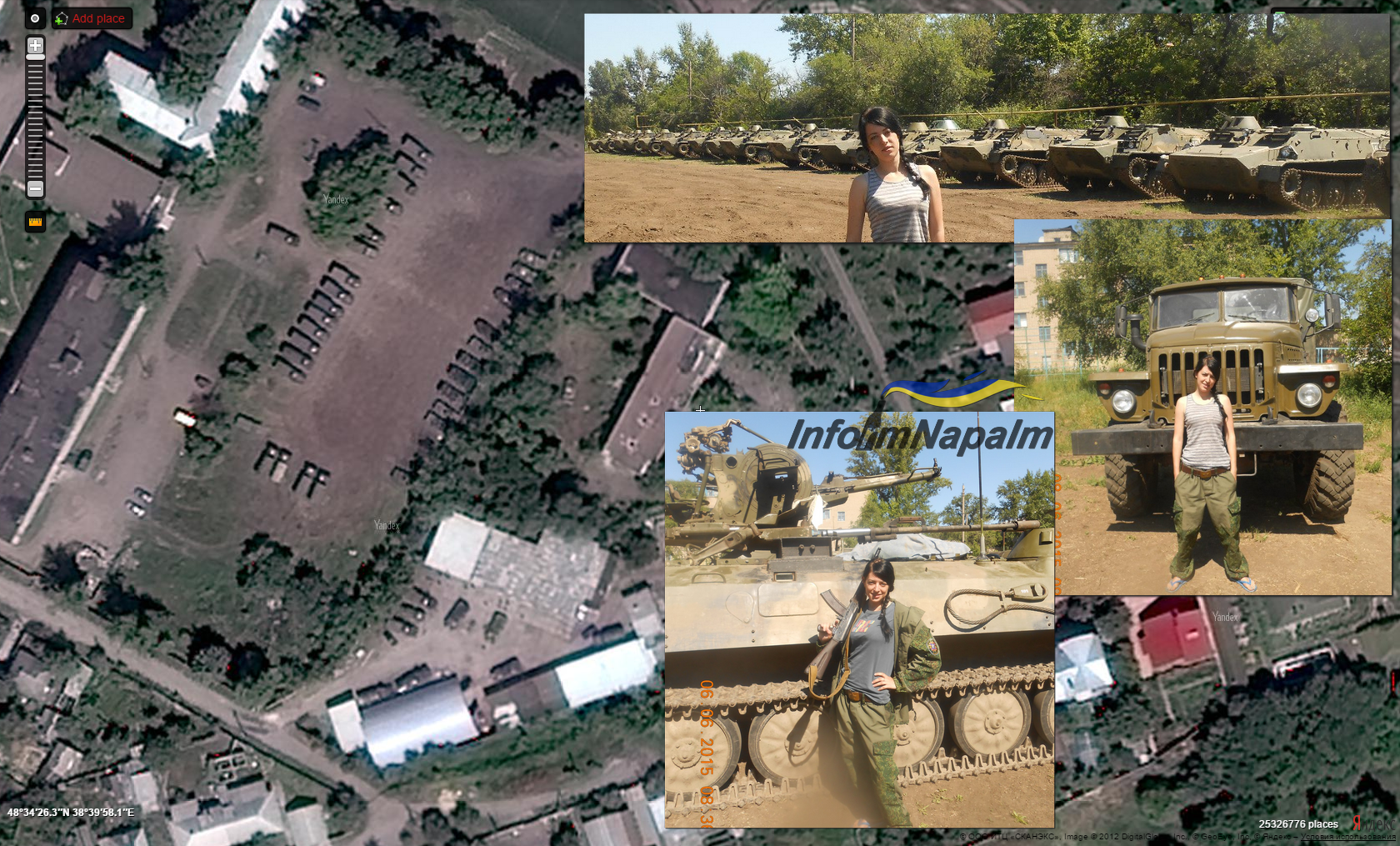 The Russian occupation base in the territory of the 2nd platoon of the mine rescue brigade. 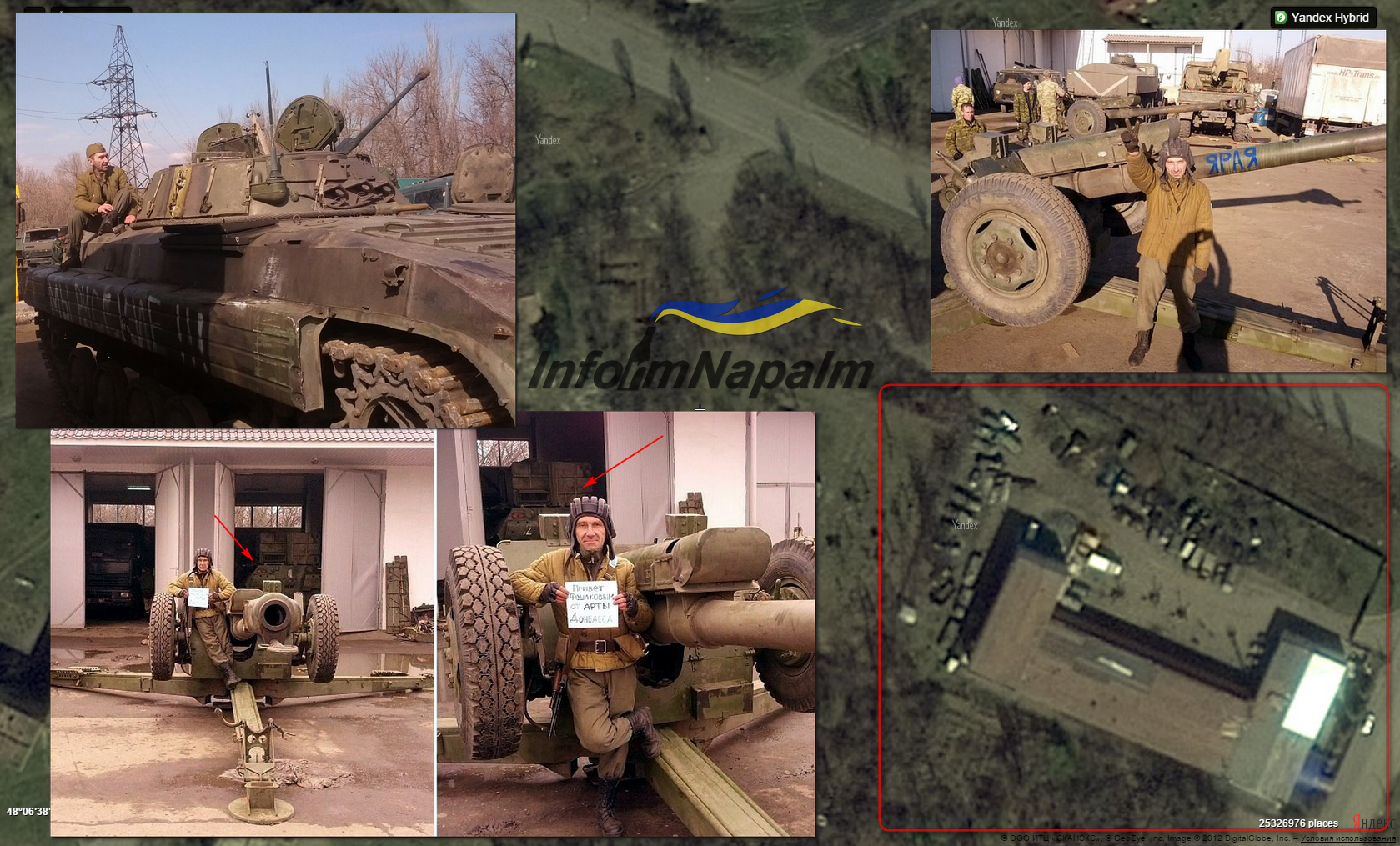 A huge field camp of the occupation forces of Russia with a lot of equipment in the territory of the ‘Illiriysky’ wildlife sanctuary. Since the polygon’s territory is huge and the equipment is spread over it, we show only the main objects on the map. 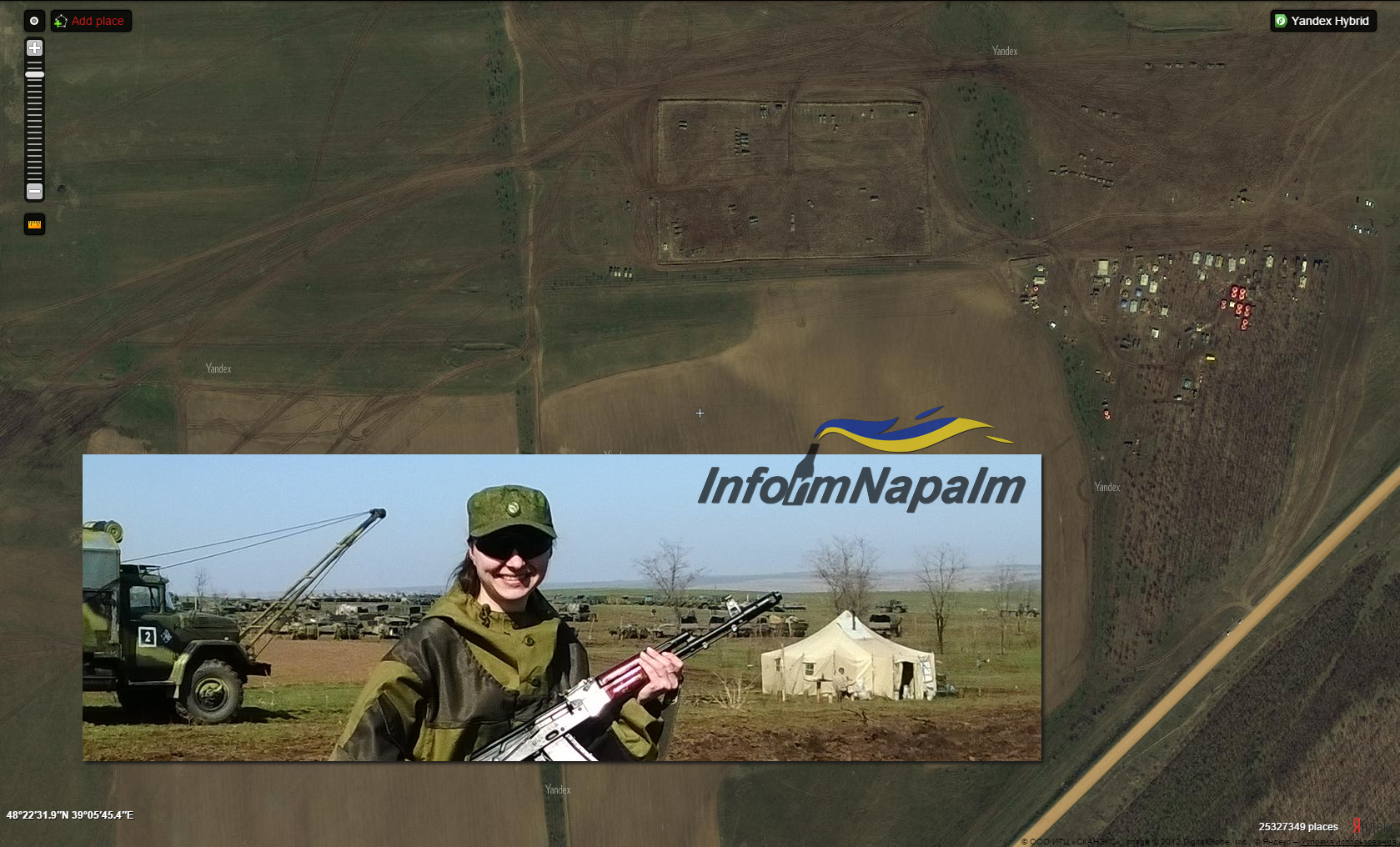 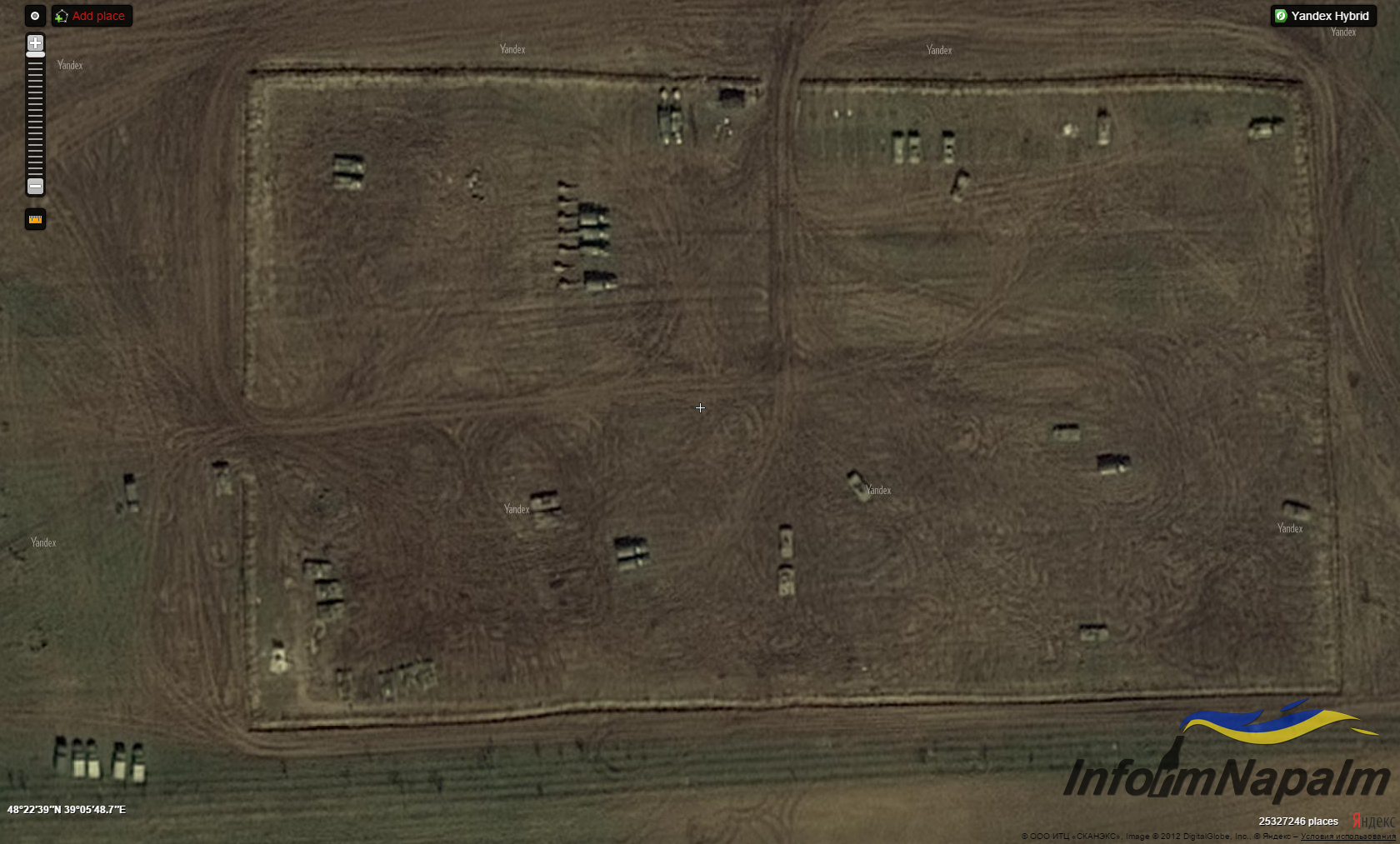 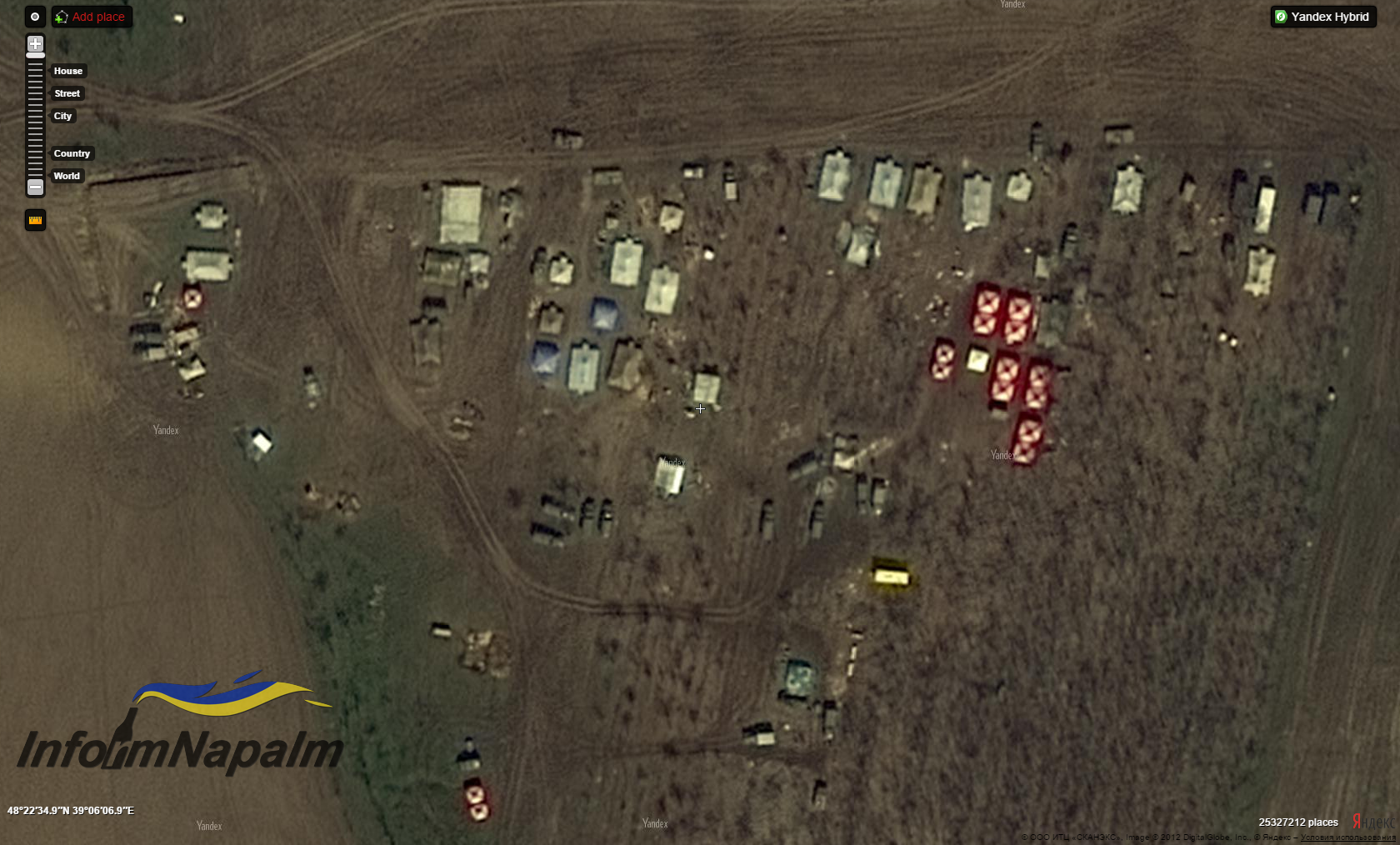 The well-known Russian occupation base named ‘Transpele’ – it has been numerously covered in our articles. 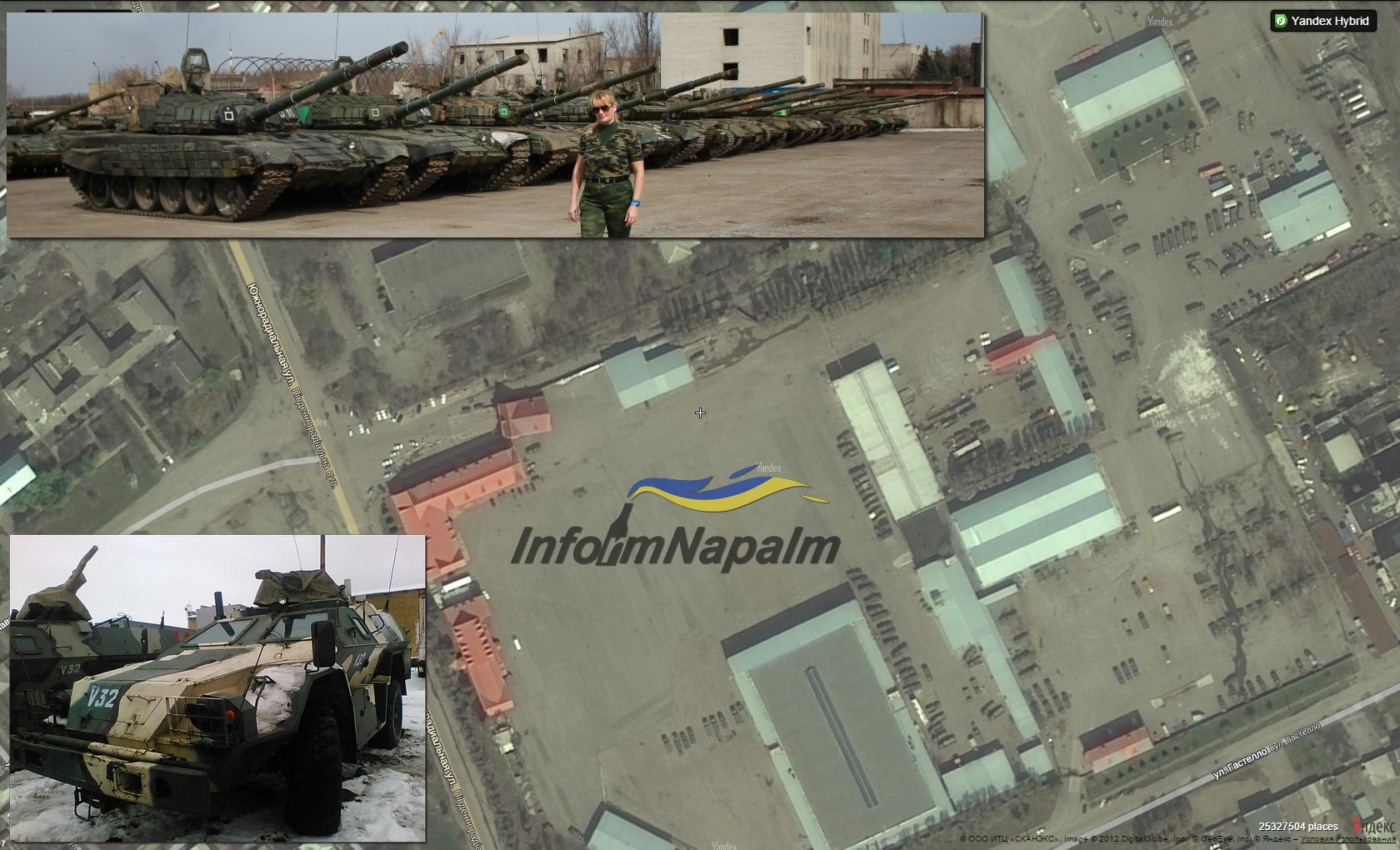 A polygon where the Russian forces train (near the former Luhansk Military Aviation School of Navigators). 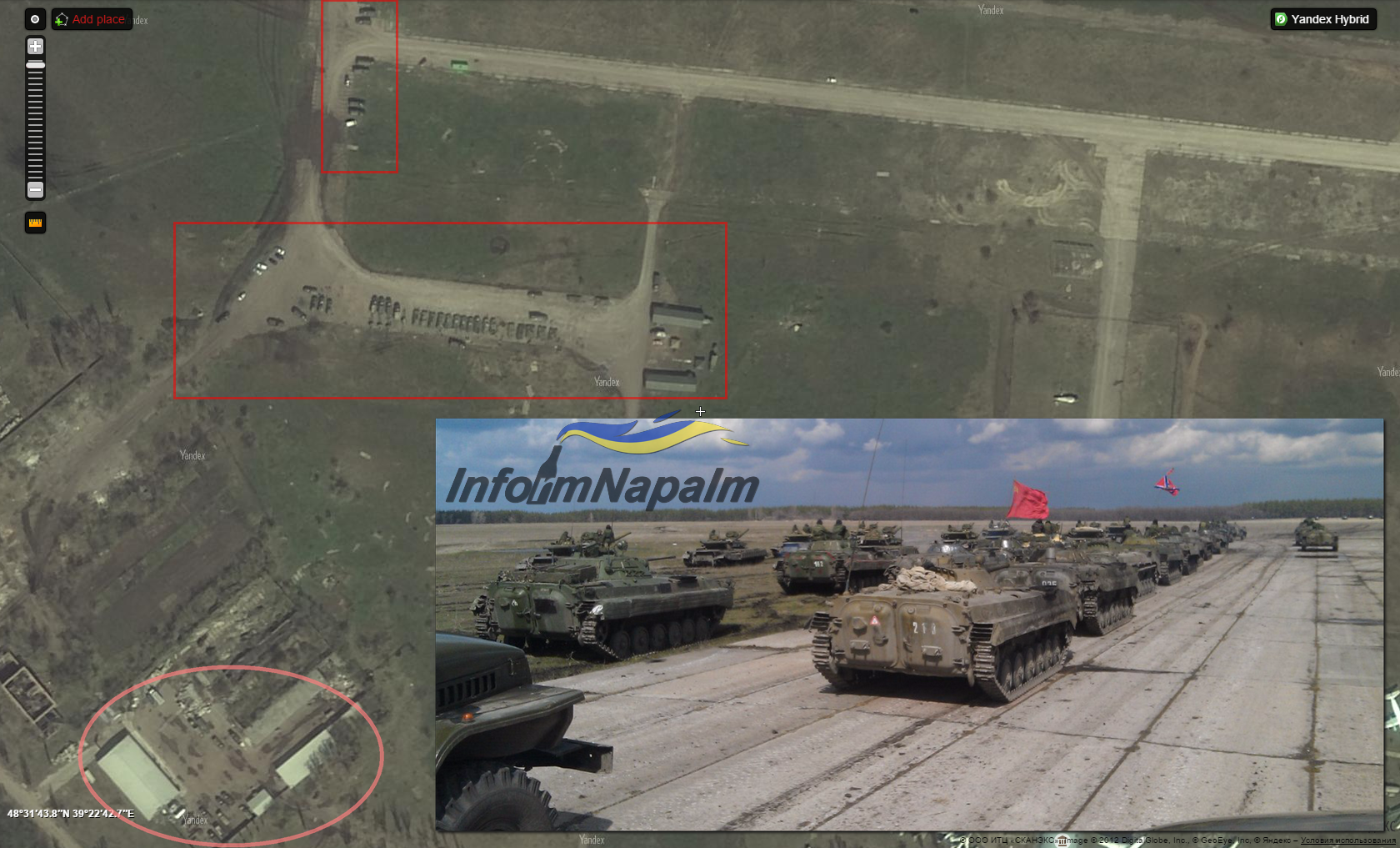 Another occupation military base in the territory of Luhansk Aviation Repair Plant. This area has not been covered in our materials. 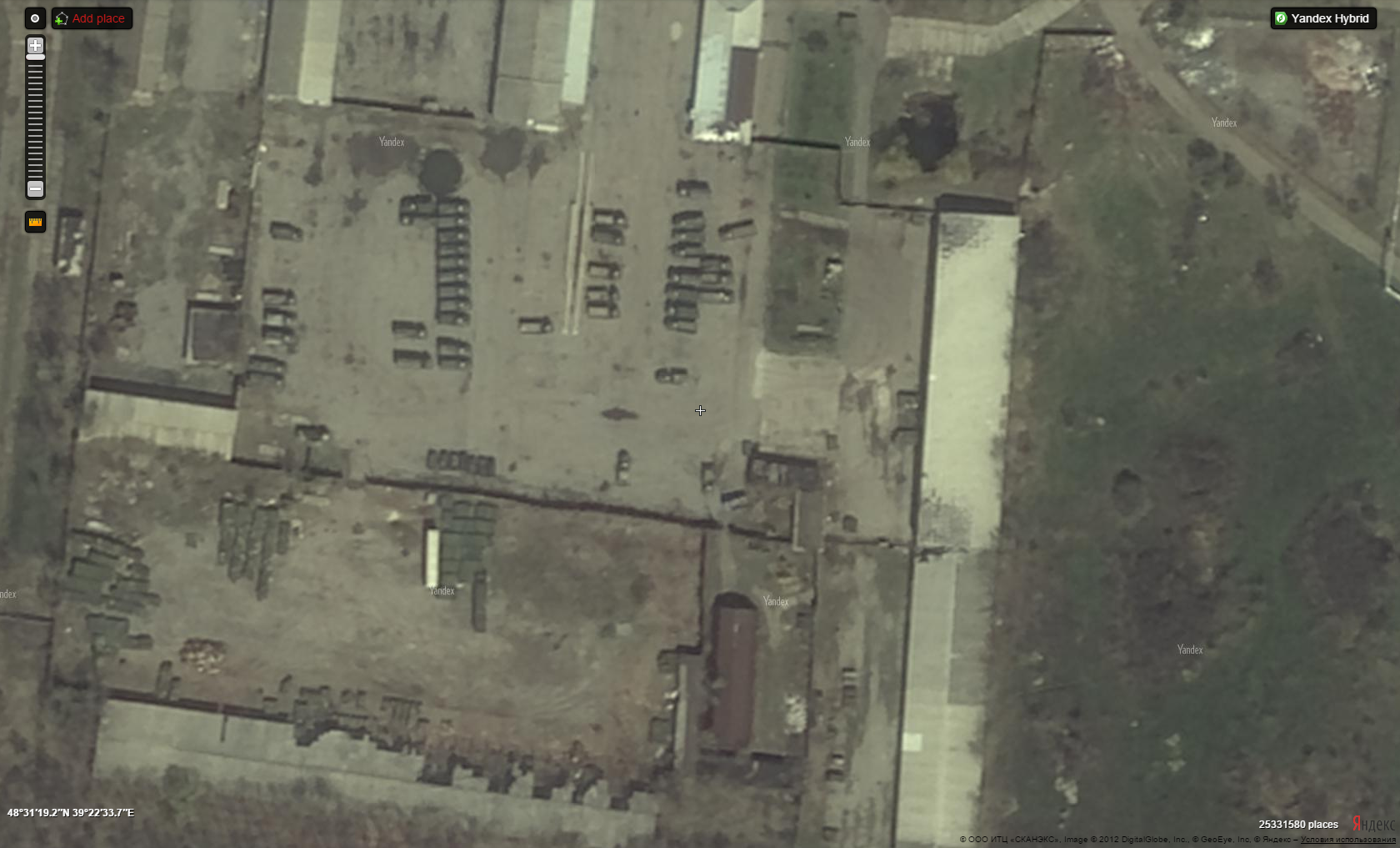 Let’s take a closer look at the industrial giant of Ukraine – Alchevsk Metallurgical Plant and the territory around. We have found photos of the equipment and ammunition for several times – both in the territory of the company and in its warehouses. Also the Russian troops continuously conduct trainings at the polygons of the city.

These are the screenshots of the Russian militant’s military equipment concentration areas. This is just a top of the iceberg – we cannot even imagine the amount of the weaponry, military equipment and ammunition hidden in the company’s warehouses. 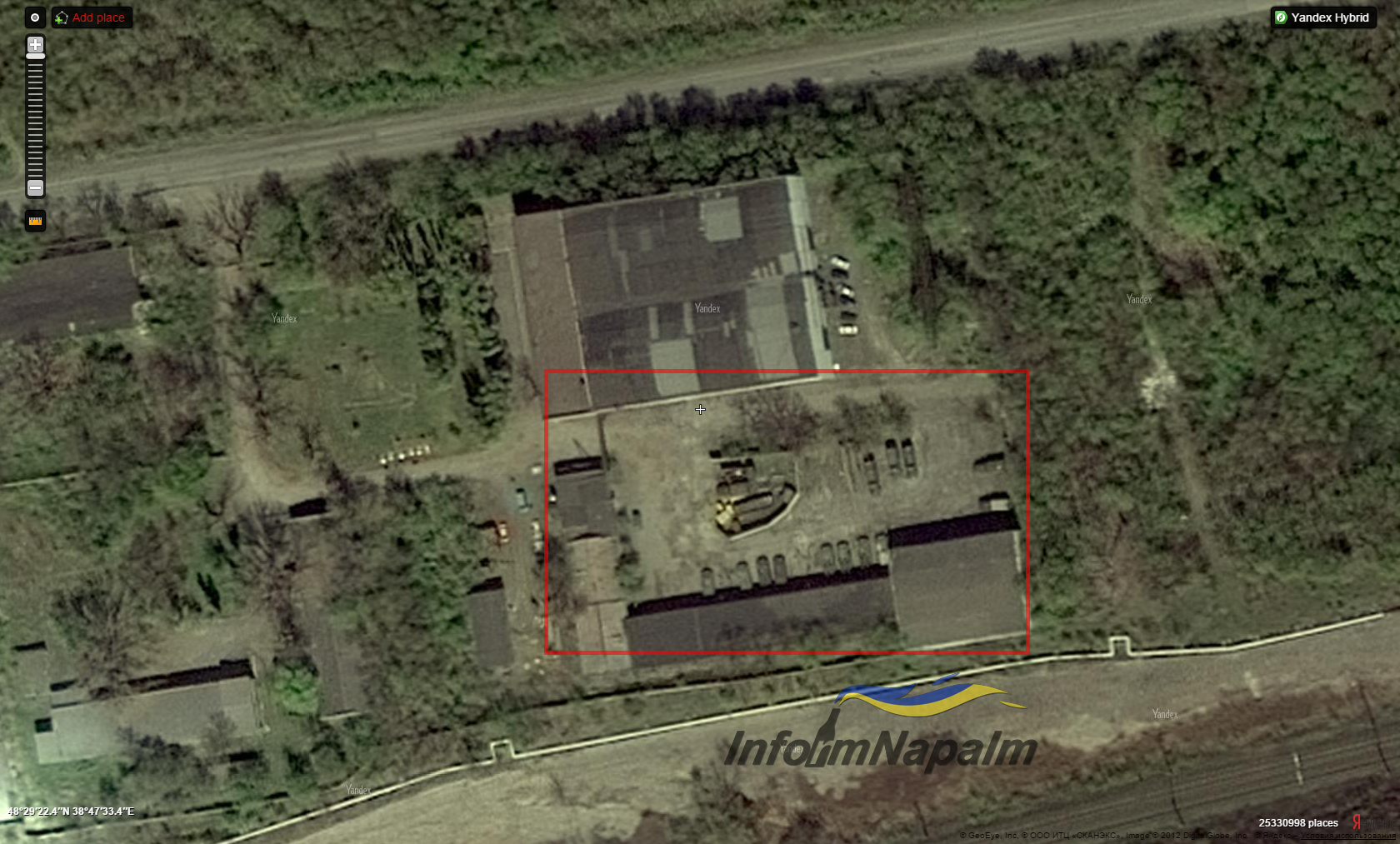 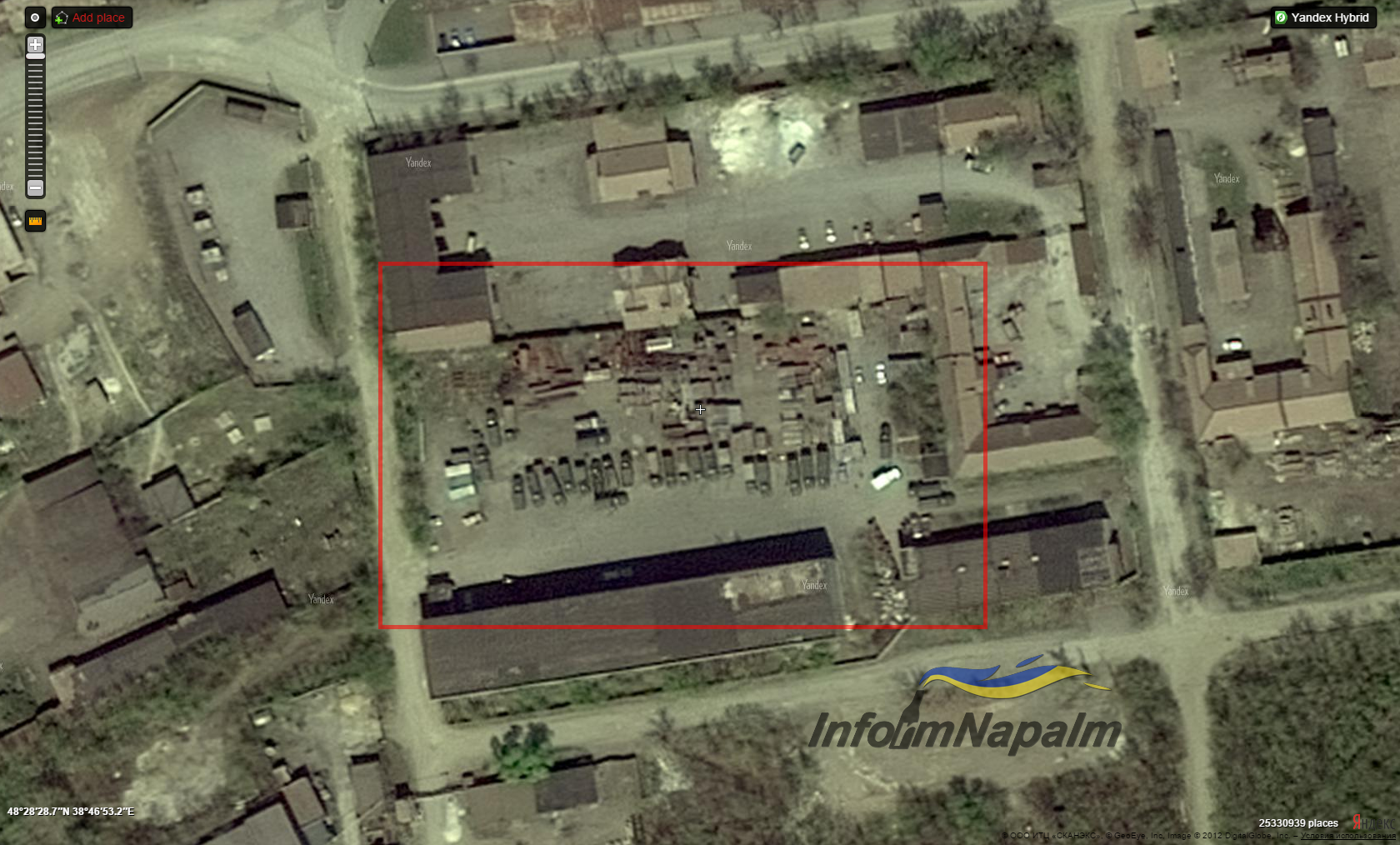 The updated satellite pictures made by Yandex confirmed all the investigations by InformNapalm which provided the evidence of the Russian military equipment and ammunition presence in Donbas.

What is it: Russia gave up and discloses all the her militants? Or maybe it is another Kremlin’s evil plan?

One Response to “Yandex.Maps in the service of the ‘Kyiv Junta’”