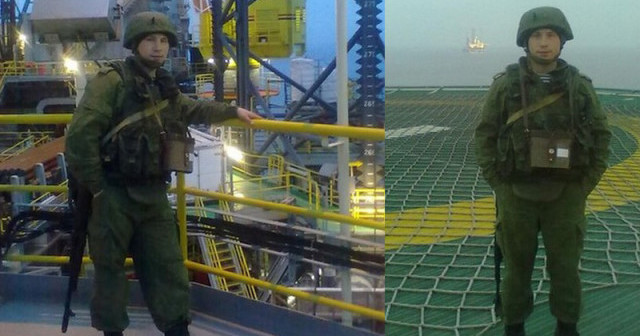 Another OSINT investigation discloses evidence that the servicemen of the 104th paratrooper regiment of the 76th paratrooper division of Russia’s airborne forces took part in the capturing the ‘Chernomornaftogaz’ company.

It will be recalled that Yuriy Prodan, the Minister of Energy and Coal Industry of Ukraine, stated in the exclusive interview for UNIAN that the drilling rigs were taken under the control of ‘men in green’ armed with AKs. The Ukrainian information agencies used to call them as ‘separatists’ (in Russian).

The fact that the ‘separatists’ belonged to the regular forces of the neighboring aggressor-state was realized pretty fast. But the information about the exact involved military units has not been made public until today. 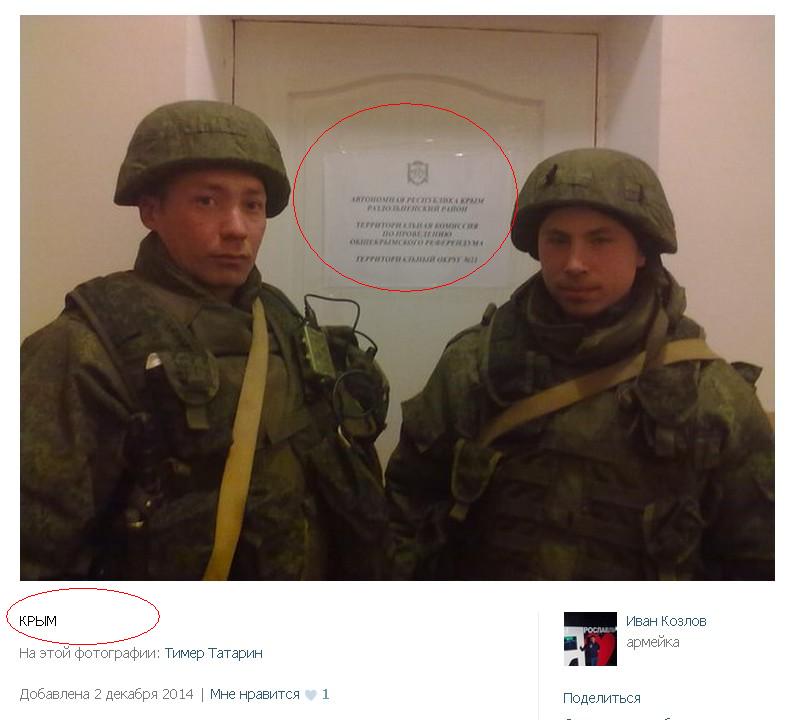 Recalling the eighteen months old event is caused by finding the relevant photo proofs and information during our new OSINT investigation.

A profile of Ivan Kozlov, a ‘veteran of the Crimea annexation’, was found in the VK social network (photo album archive, contact list archive). As for 2014, he was a serviceman of the 104th paratrooper regiment of the 76th paratrooper division of Russia’s airborne forces. Kozlov’s album has a set of pictures uploaded in December, 2014, where the operation of capturing the Crimea (including the ‘Chernomornaftogaz’ infrastructure) is shown.

Here are the screenshots with the facts which led us to the conclusions we have made. 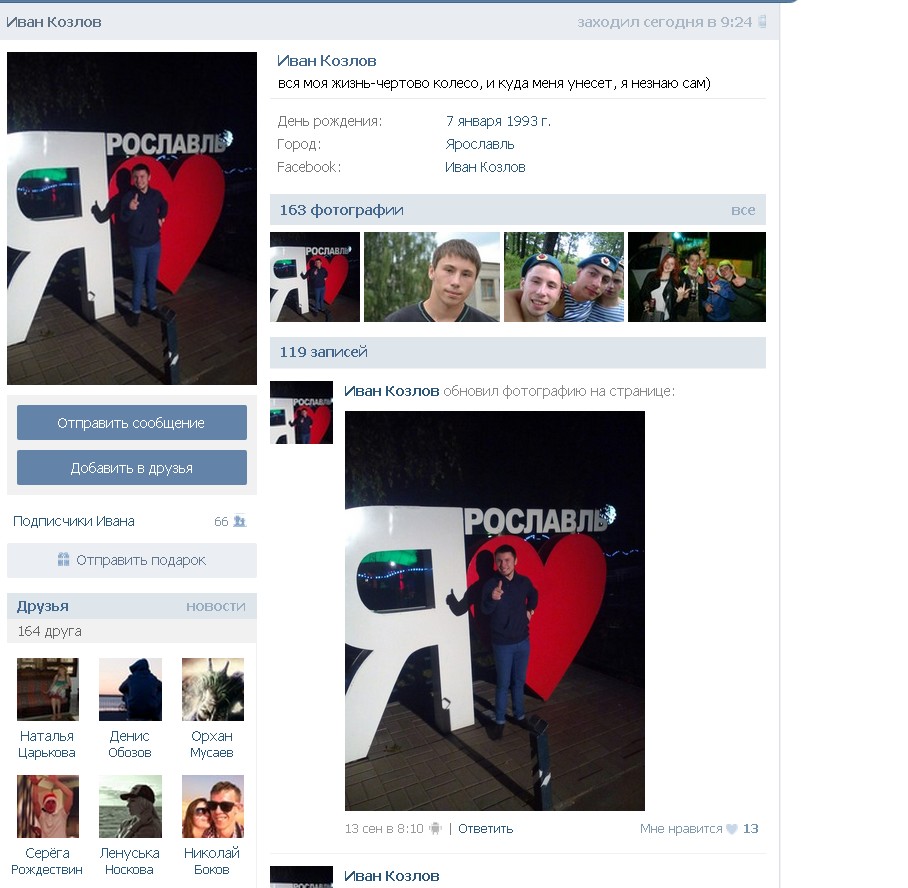 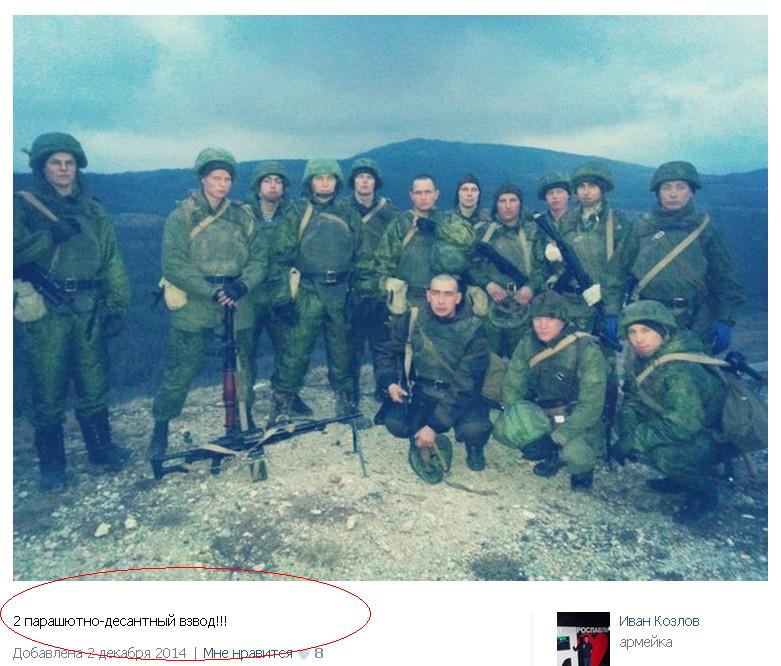 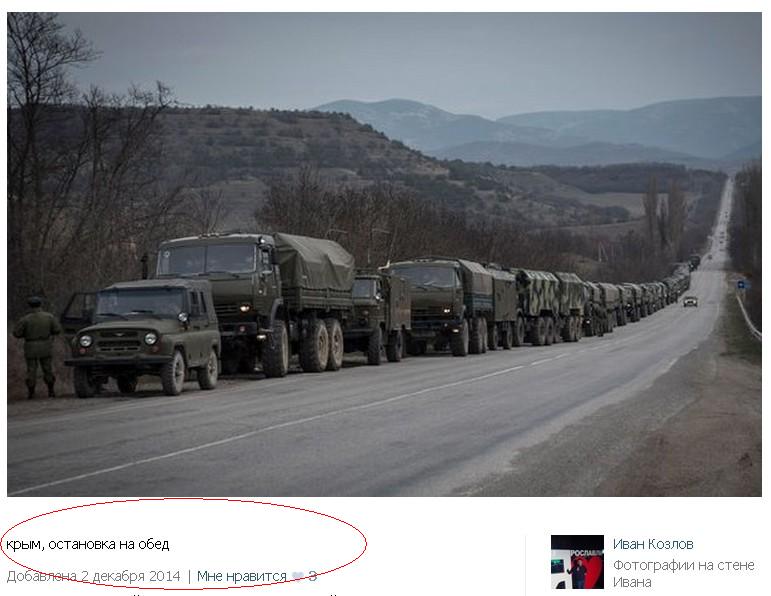 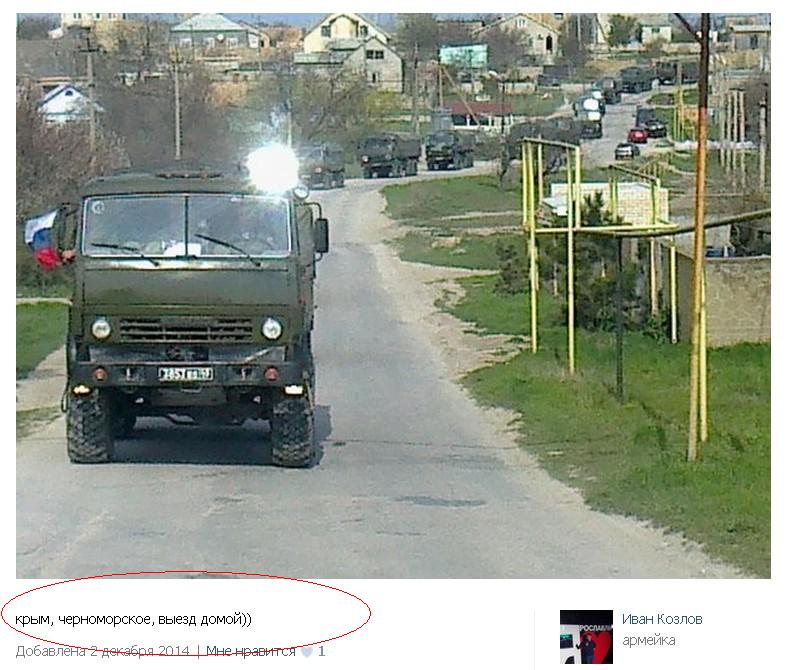 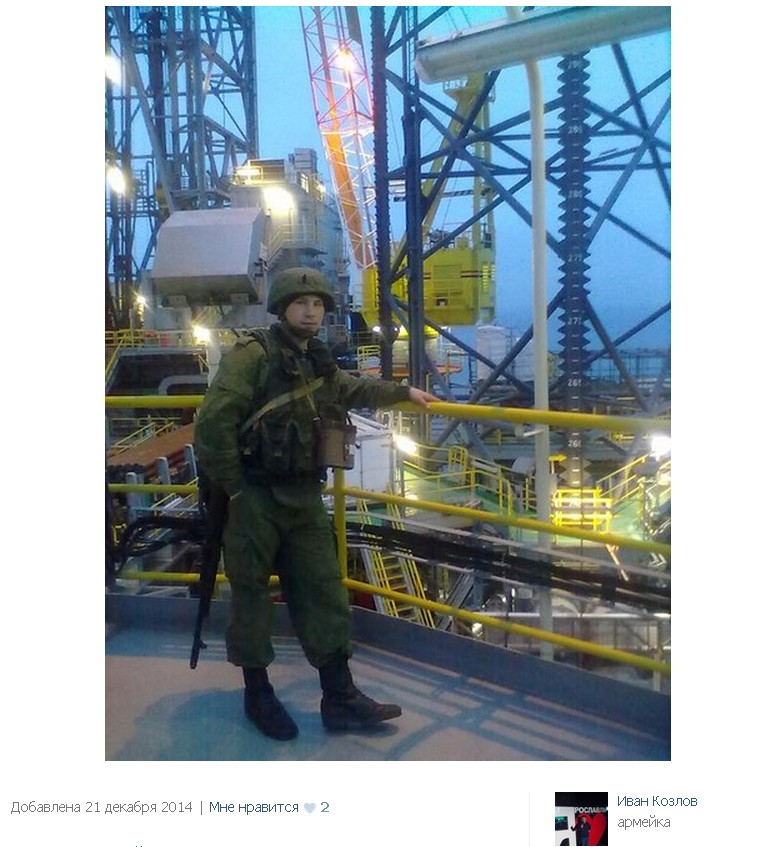 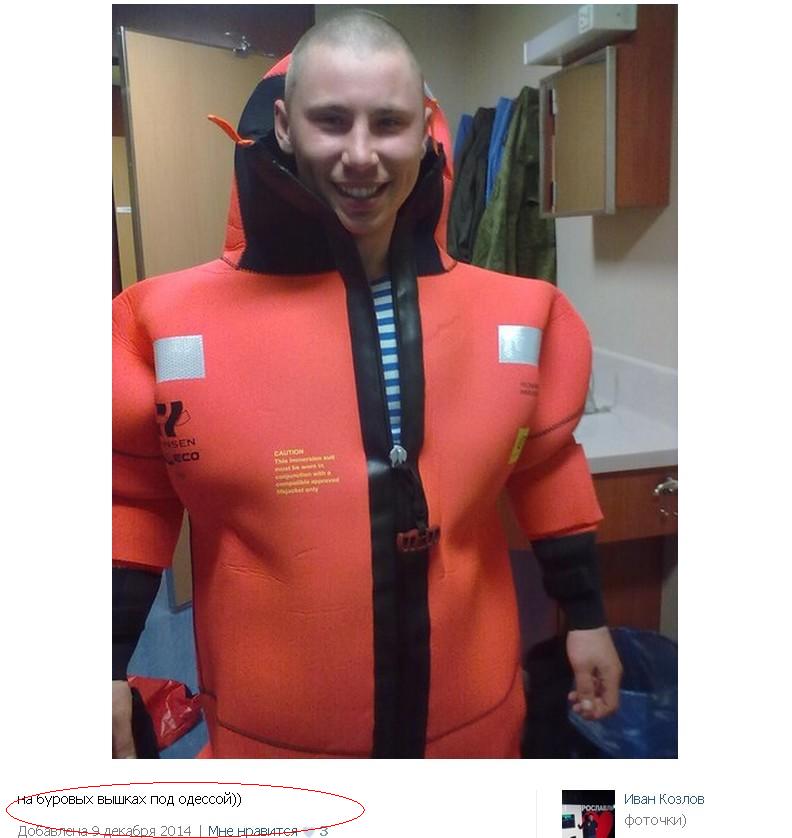 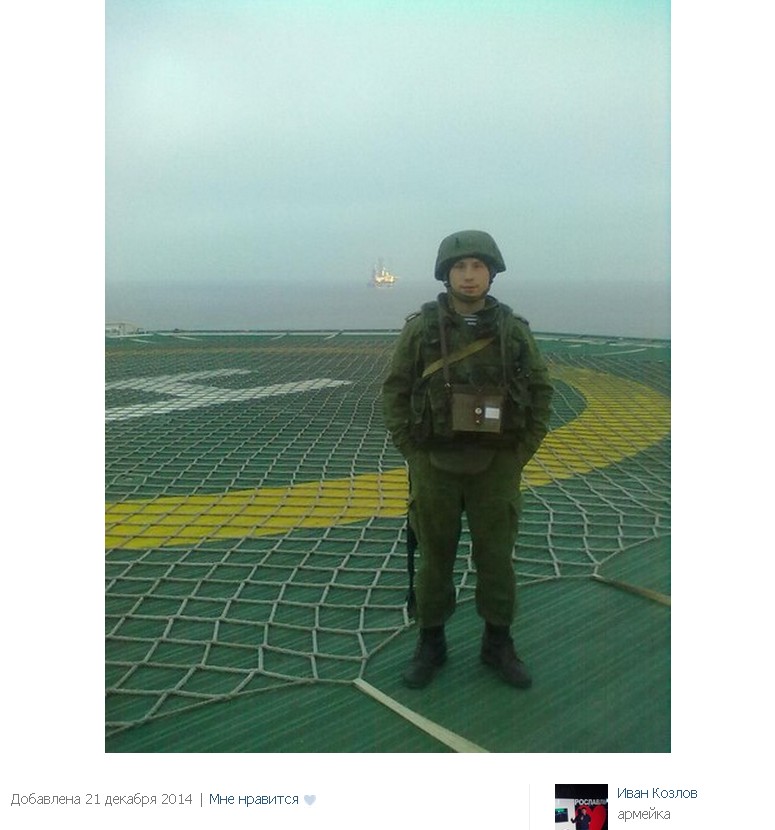 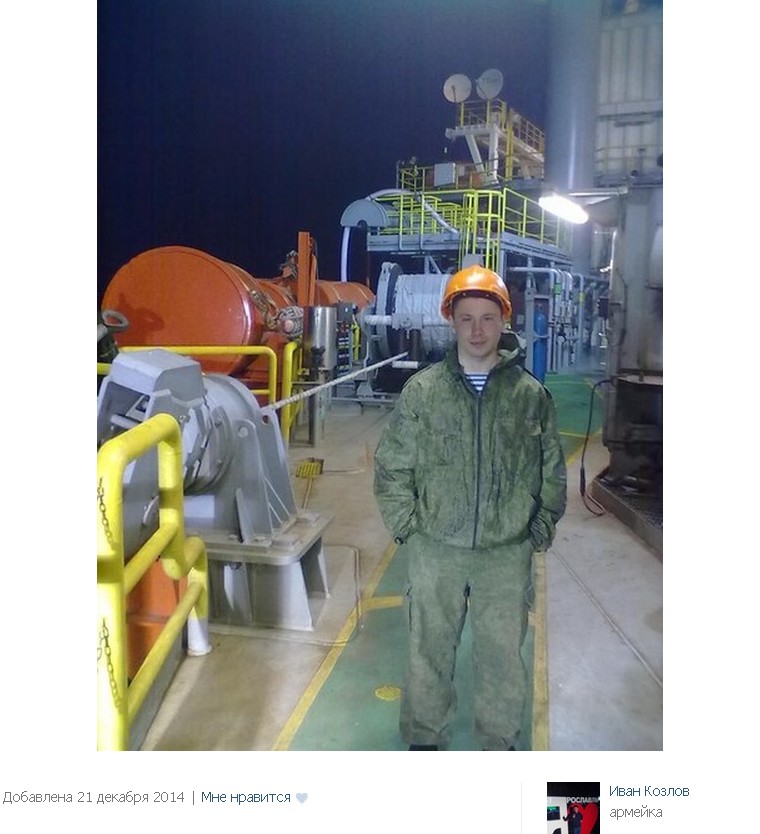 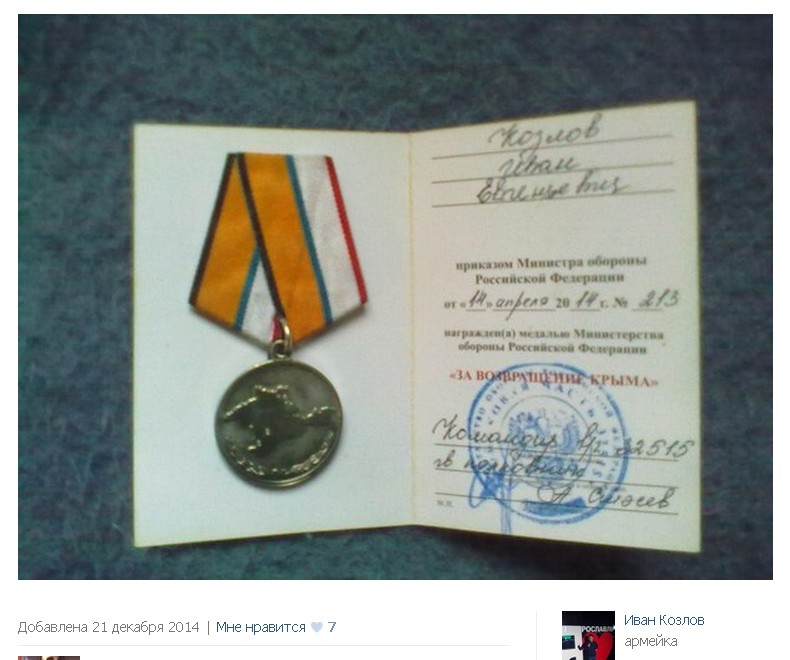 Kozlov’s album also stores the photo where he poses with Aleksandr Osipov, his brother-in-arms from the 104th regiment, who died in Donbas in August of 2014, carrying out criminal orders issued by his Russian command. Osipov’s recon unit got under the Ukrainian artillery shelling. He was buried without pathos and honors near Pskov, in Vybuty village cemetery on August 24, 2014 (reported by LJ ‘Potsreotizm’ on September 11, 2014). 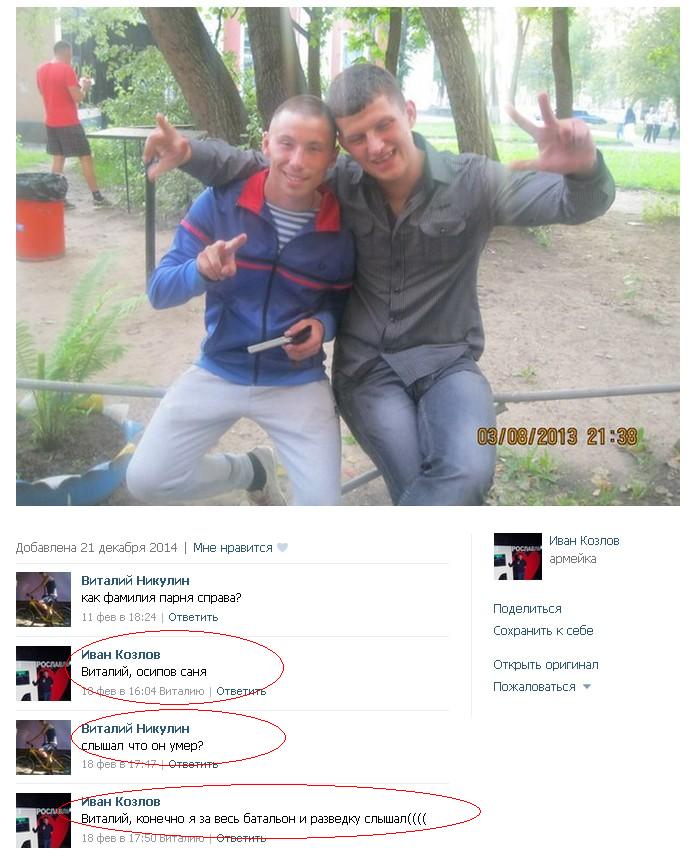 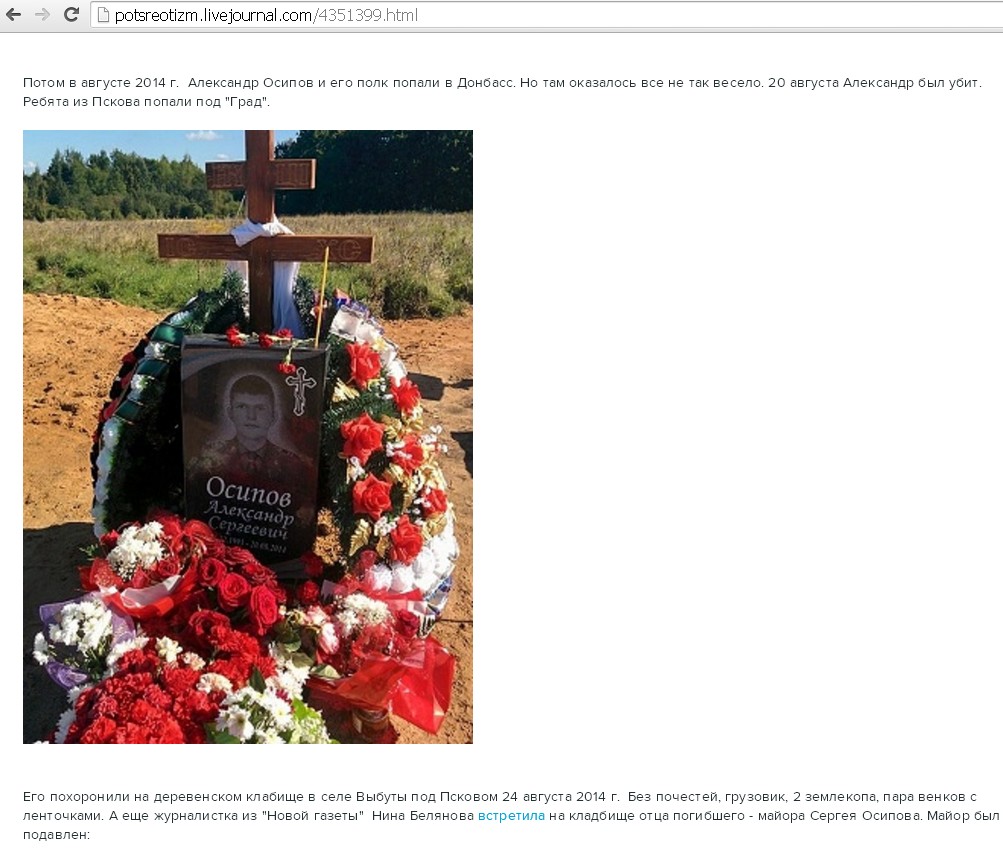 The international volunteer team of InformNapalm continues gathering evidence of the Russian aggression against Ukraine in both Donbas and Crimea. You can found out more on this topic in article ‘Professional Russian Army in Ukraine. Database and Visualization’. The database is constantly updated and translated into dozens of foreign languages. Stay tuned.