Annexation of Crimea by Russia in 2014. Expert Analysis 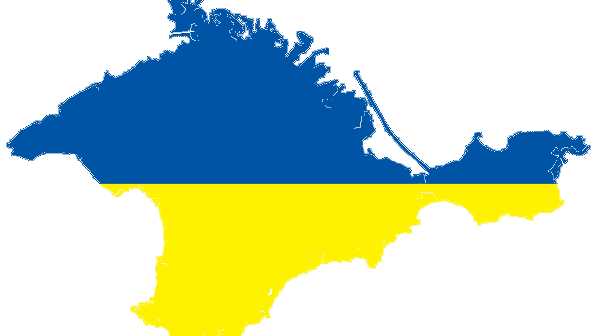 Exactly a year had passed since Russia started occupation of Crimea and annexed it. A lot of discussion still exists regarding what this event means in terms of the international law. We would like to quote opinion of Dr. Alexander Zadorozhny, Сhair of the Department of the International Law at the Institute of International Relations of the National Taras Shevchenko University of Kyiv. Dr. Zadorozhny expressed his personal opinion in a Facebook profile.

There is a number of ways for states to get a new territory legitimately:

2) transfer of a territory based on a mutual agreement of the states concerned (cession);

3) partition of the state, based on the mutual agreement of its subjects. Here we are dealing not with the cession of the territory, but with the dissolution of the predecessor state and appearance of successor states, who become subjects of the international law;

4) change of the ownership of the territory, based on the decision of the duly authorized international judicial institution (adjudication);

5) obtaining sovereignty over the territory based on the antiquity of tenure;

7) unification of the two or more states into a single entity or inclusion of one state into another state as its new territorial entity.

Yet true facts ruin these theories. International law has strict rules for establishing a legitimacy of self-determination, secession and adhering to the international principle of territorial integrity.

International law does not recognize a ‘right to self-determination’, that was exercised under duress and strict guidance by a foreign army and foreign special forces.

An attempt by the Russian government to depict the political processes that happened in Crimea during last Spring as something consisting of the two stages (first — secession and creation of the ‘Crimean Republic’, second — acceptance of the new state into Russian Federation and actual accession) is not supported neither by facts, nor by the international legal doctrine and treaties. ‘Crimean Republic’ could not elect independent public administration and this violates one of the basic requirements for it to be recognized as the independent state.

Lack of intention to exercise statehood is evidently demonstrated by the Declaration of the Independence of Crimea and almost simultaneous holding of a ‘referendum’ of March 16, 2014 which was followed by the hasty announcement of the ‘referendum’ results on March 17, 2014 and the decision of the State Duma to accept an ‘offer’ of the ‘Crimean Republic’ to join the Russian Federation. Then ‘Crimean Republic’ ‘signed’ the Treaty of Accession of Crimea to the Russian Federation on March 18, 2014 thereby completing a chain of subordination of the ‘Crimean government’ to the Russian army command. The ‘Crimean Republic’ could not meet any of the prerequisites of the international law to be recognized an independent state, even if we consider the broadest set of such prerequisites.

‘Crimean secession’ lacks any legal basis that is based on the international law. We should note that it also lacks any exceptional circumstances justifying such a secession, e.g.: gross and massive human rights violations (by Ukrainian government of that time); state violence against a certain ethnic group; existence of a nation, i.e. subject of the right to self-determination; impossibility of the ‘internal self-determination’; de facto recognition of a state by the international community.

Analysis of the Crimean events of 2014 from the standpoint of the international law demonstrates, that the Russian Federation did not get its sovereignty over the peninsula in accordance with the internationally recognized methods of acquisition of a new territory.

What indeed happened was a military takeover and annexation. While committing this illegal takeover Russia violated most of its obligations to respect territorial sovereignty of other states, which it had undertaken as a member of the United Nations, bound by the UN Charter, Helsinki Final Act, article 5 of the Belavezha Accords of 1991 (creating CIS), item 2 of the Budapest Memorandum on Security Assurances of 1994 (regulating Ukraine’s accession to the Treaty on the Non-Proliferation of Nuclear Weapons), article 2 of the Treaty on Friendship, Cooperation and Partnership Between the Russian Federation and Ukraine of 1997, the Treaty on the Russian-Ukrainian State Border of 2003.

No Responses to “Annexation of Crimea by Russia in 2014. Expert Analysis”