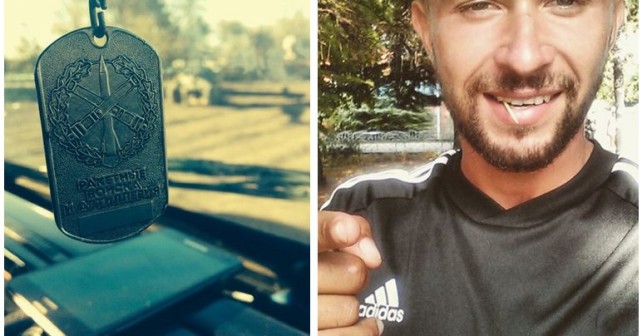 This is another article with additional evidence of the fact that the Russian artillery takes part in the war in Donbas. We disclose information about certain military units and servicemen who participated in shellings of the Ukrainian territories over the state border.

The local operation in the Eastern Ukraine could have been finished 18 months ago, when the first Ukrainian soldiers, having pressed the advance against the ‘Novorossiya’ armed formations, almost tightened assault near the border with Russia. Russians understood that they did not lead the dance and decided to do a dirty trick – conduct artillery and missiles strikes from the bordering territories of Rostov Oblast followed by the invasion of tactical groups concentrated along the borders. There is plenty of evidence describing the events of those days, and despite attempts of the Russian security services to clean up the information we have found new facts proving the participation of their armed forces in battles in the summer-fall of 2014. The first article of this series was published on December 18. Thanks to a contract sergeant from the 291st artillery brigade we could track the ‘assignment’ of one of the howitzer divisions factoring in timing and geography of the events.

The new investigation presents details of the ‘Rostov-Ukraine assignment’ of the 4th howitzer battery of the 291st artillery brigade (military unit No. 64670, the 58th general army, Southern Military District, stanitsa Troitskaya, Republic of Ingushetia, Russia). The information gathered during a new OSINT investigation vividly shows the ‘tour of duty’ of war criminal D. Khizhnyak, a conscript soldier of this unit.

Khizhnyak Danil Andreevich, 21 years old (born in Tikhoretsk, Krasnodar krai, on June 26 of 1994). Danil began his service in November of 2013 and was sent to the 291st brigade located in Ingushetia; he left the military service in the end of November, 2014.

Note: Usually we do not publish information about criminals’ families. Children or parents should not bear responsibility for the relatives’ crimes, unless they are accomplices. In this case we publish the information about the 291st brigade’s artillerist intentionally, since his parents not only knew that he left to kill Ukrainians, but also they gave their blessings on this – it means indirect participation in the war crimes conducted by their son (check out the photo taken on a convoy route in August, 2014). 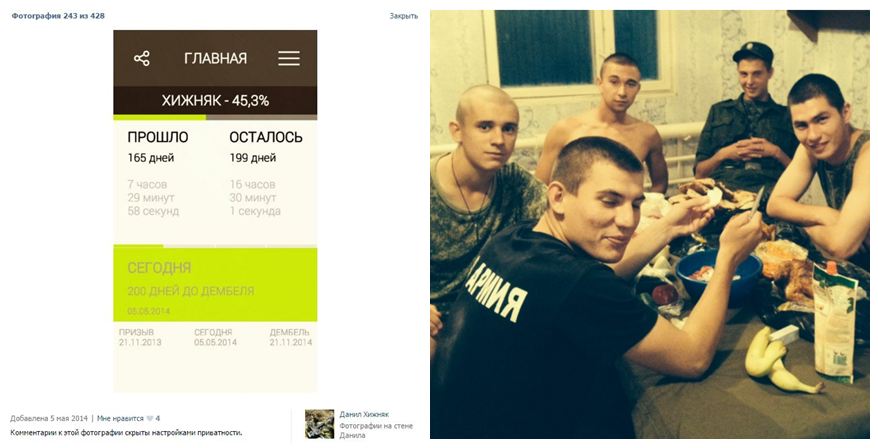 According to the gathered information, the unit where our figurant belonged – the 4th howitzer battery (archive) of the 291st artillery brigade – left its home base in Troitskaya in the middle of July of 2014 (July 12-14). The convoy followed the route Ingushetia – North Ossetia – Krasnodar krai – Rostov Oblast towards Matveev-Kurgan raion with several resting points including the one near Danil’s native town of Tikhoretsk (see also screenshots of the Vladikavkaz-Tikhoretsk and Tikhoretsk-Matveev Kurgan navigation). 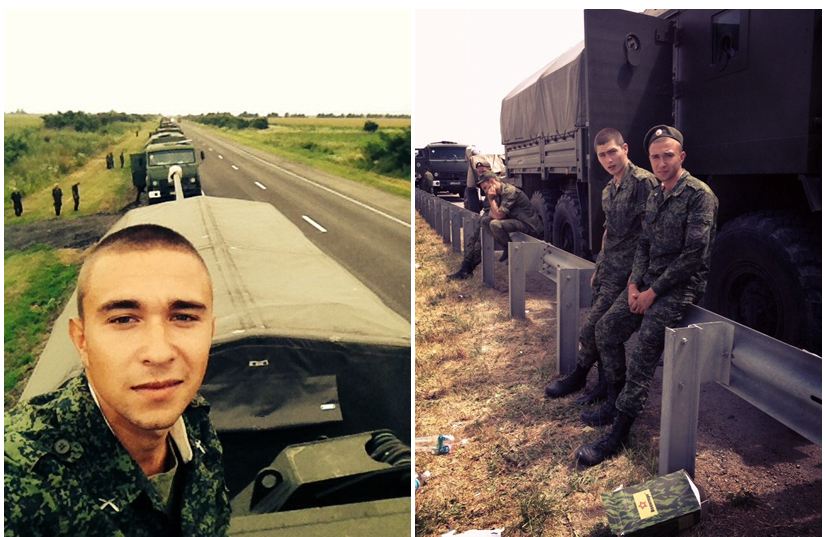 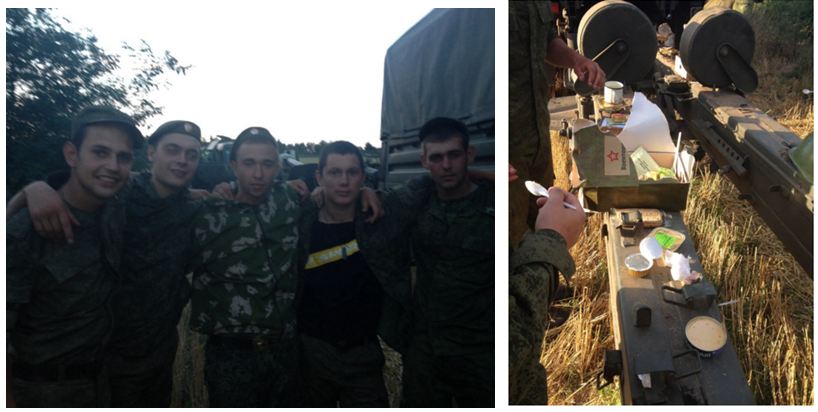 As of August 3-5, 2014, the battery was hidden in a forest camp located not far from khutor Stepanov (Matveev Kurgan, Rostov Oblast), in 6-8 km from the state border of Ukraine (1, 2). 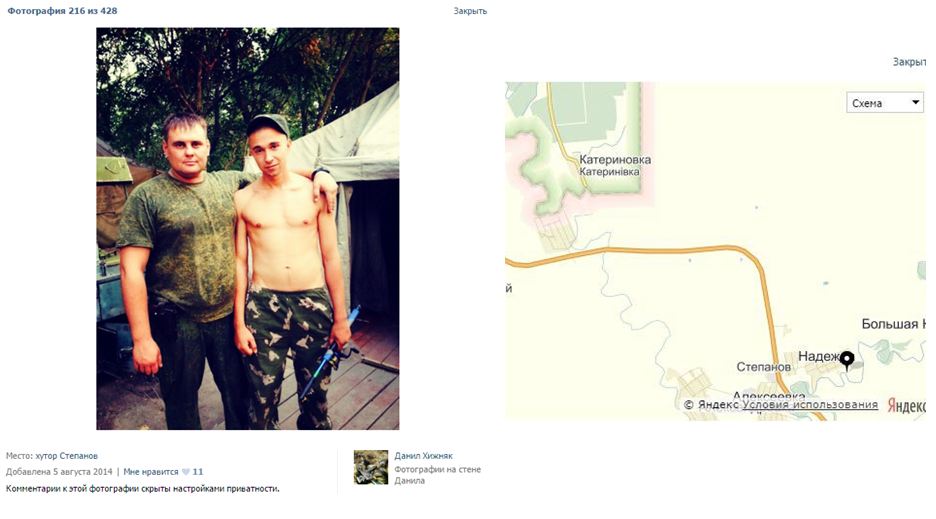 As of August 16-19, the battery was registered on combat positions in other place near khutor Seleznev (Matveev Kurgan, Rostov Oblast), in fact, on the border with Ukraine (1, 2, 3, 4, 5). Also we can see here arrayed howitzers and the artillerists are definitely not on a gunnery practice there. 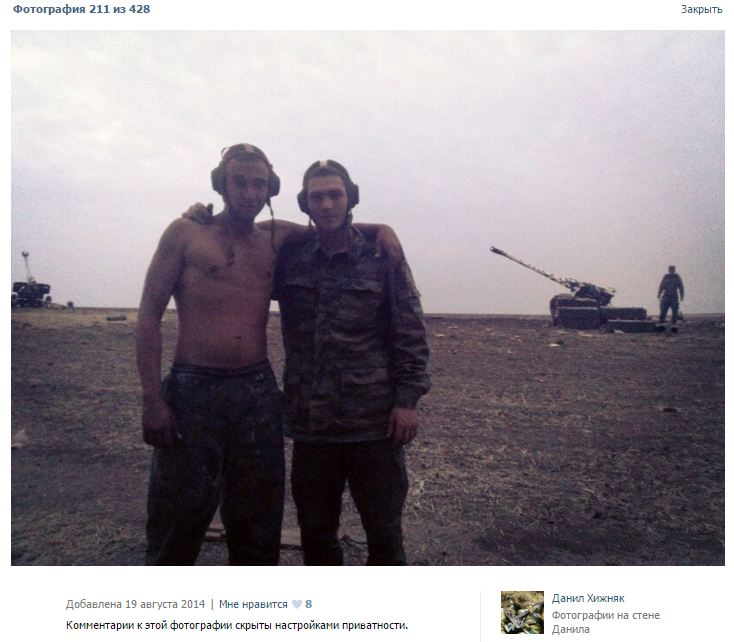 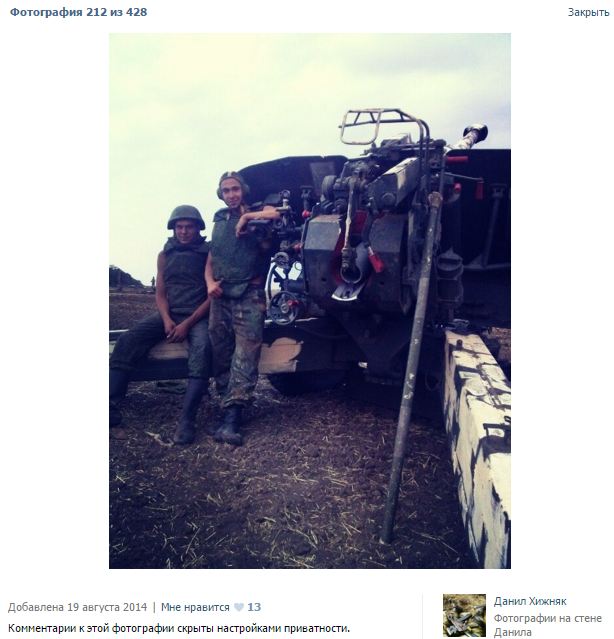 As of September 9, 2014, the battery was spotted near Fedorovsky settlement in the North-West of Neklinovsky raion (Rostov Oblast), in 5 km from the border (1, 2). 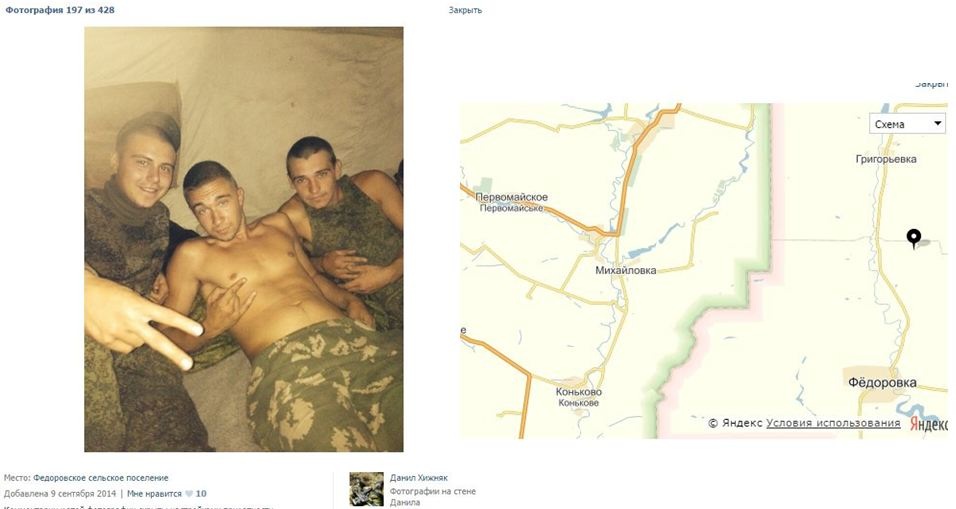 By October 11-16 the battery had been withdrawn from the border to ‘Kuzminsky’ field camp (khutor Chkalova, Neklinovsky raion, Rostov Oblast). Besides ‘Msta-B’ howitzers, 9K57 ‘Uragan’ 220mm MLRS units can be seen there (supposedly, these are the complexes from the same brigade – we will analyze it in our further articles). The battery had left the field camp towards its home base in Ingushetia by October 16 (1, 2, 3, 4, 5). 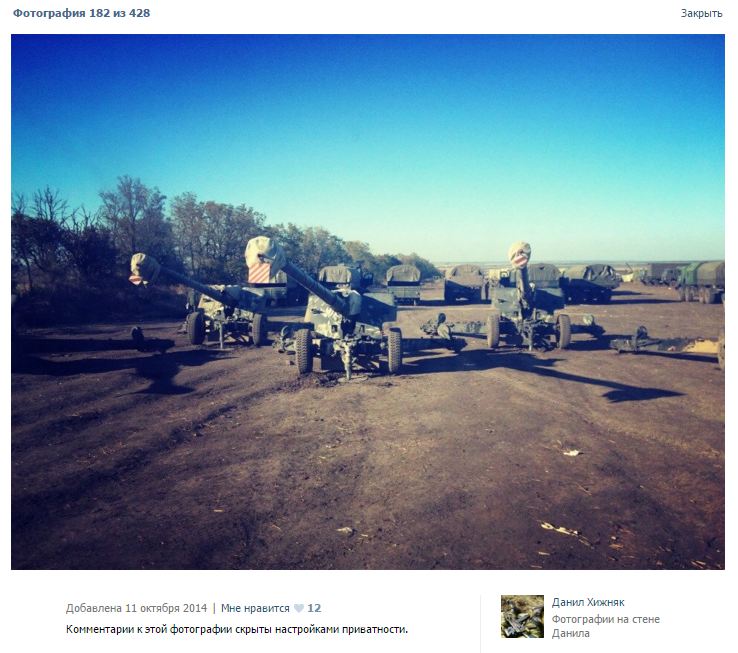 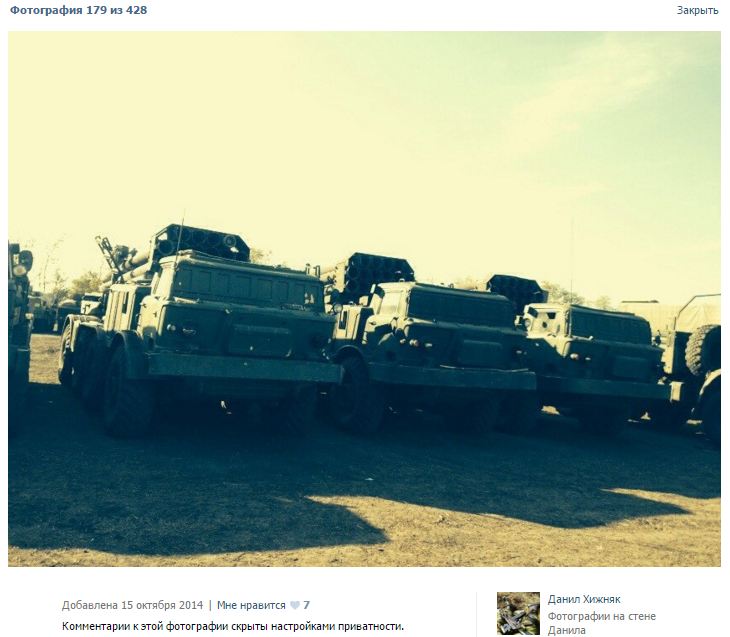 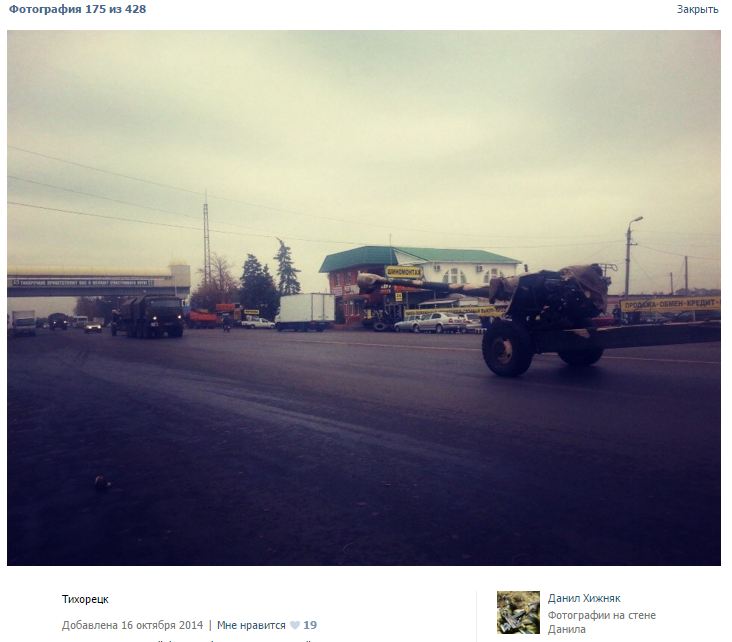 See also our other topics about the 291st artillery brigade:

6 Responses to “War Crimes of Russian 291st Brigade in War Against Ukraine. Part 2”