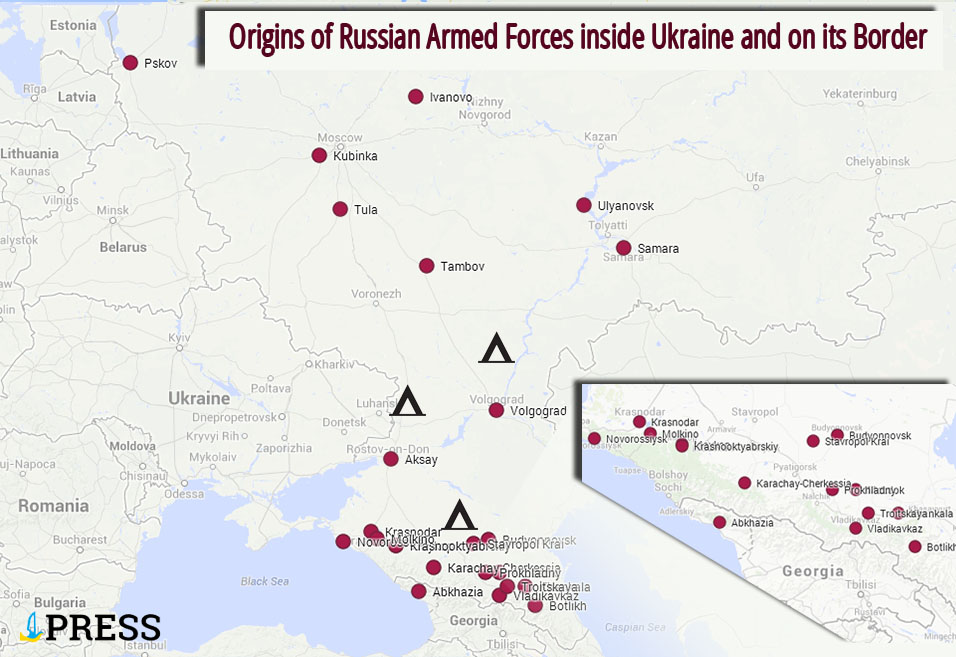 The data presented is on the so-called Russian “Peacekeeping Forces”, deployed ot the Ukrainian border, as well as the subdivisions identified within Ukraine, in the Luhansk and Donetsk Oblasts. This data is based on my observations, as well as sourced from information in the media and social networking sites.

Mainly these are the [military] units from Russian Southern Military District, based at the field camps located in the Rostov on Don Oblast, stretching from Millerovo to Taganrog, and bordering Ukraine. These types of field camps are set up in the Kamensk-Shakhtinsky, Novocherkassk, and Olkhovka regions, and to a lesser extent other areas. Moreover, various subdivisions of the Armed Forces of the Russian Federation including GRU special forces and logistic units are stationed there as well.

Generally, these are one or two BTG/CTG (battalions or company tactical groups) from each unit (Airborne Forces – divisions/regiments, Ground forces – brigades), that are strengthened by artillery units, air defense forces and other security units, consisting of 300 to 500 servicemen each. I’m not claiming that the list below is 100% complete or accurate, hence I welcome any well-founded remarks and objective additional information. 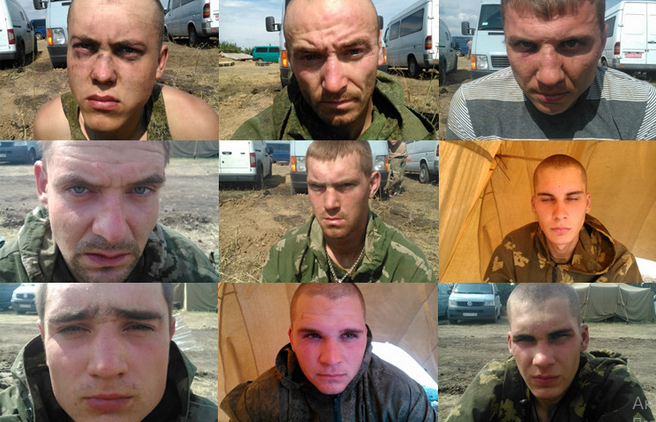 Presumably, the following [armed forces] are located in the direct vicinity of the Ukrainian border (confirmation on some divisions is still needed):

From other military regions of the Russian Federation:

RTG/DRG (Sabotage and Reconnaissance groups) of the Main Intelligence Directorate (GRU) units, located in the South of Russia:

RTG/DRG of the Main Intelligence Directorate (GRU) units from other military regions of the Russian Federation:

To sum up, according to the rough estimates, and taking into account the logistic subdivisions, the strength of the Russian alignment (which they themselves cynically refer to as “peacekeeping”) amounts to 12,000-15,000 military personnel on the South-Eastern border of Ukraine.

If necessary, this alignment could be doubled in strength within a short space of time. Moreover, major alignments of the Russian forces are massed in occupied Crimea and on the North-Eastern border of Ukraine.