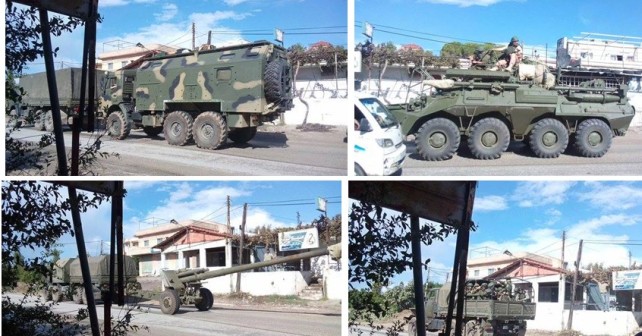 InformNapalm international volunteer community continues to track activities of the Russian armed forces which participate in the conflict in Syria. Photos of the Russian military equipment – APCs, command vehicles, artillery and trucks – near Al-Shelfatiyeh (Latakia region) appeared on the net yesterday, on October 28. Also servicemen were noticed in those vehicles – taking into account the desert camouflage that could be the Russian ground troops contingent. It looks like Russia has launched the concealed ground operation in Syria after the same pattern as in the Crimea and later in Donbas.

Everything in the provided photos is in keeping with the best traditions of the Russian ‘Wehrmacht’: the board numbers are hidden (as in Donbas), the license plates are missing (as in Crimea in 2014). An artillery truck based on KamAZ-63501 chassis which pulled a howitzer got into the shot. This KamAZ model is in service of just several Russian military units, including the 291st artillery brigade (military unit No. 64670, 58th army, Southern Military District, Troitskaya, Republic of Ingushetia, Russia). This brigade was also mentioned earlier in the context of the ‘Rostov-Ukraine assignments’ and is linked to the shellings of the Ukrainian territory from the Russia’s side of the border in the summer and fall of 2014 (please refer to “The 291st brigade’s Tour of Duty – from Crime to Donbas”, in Russian). 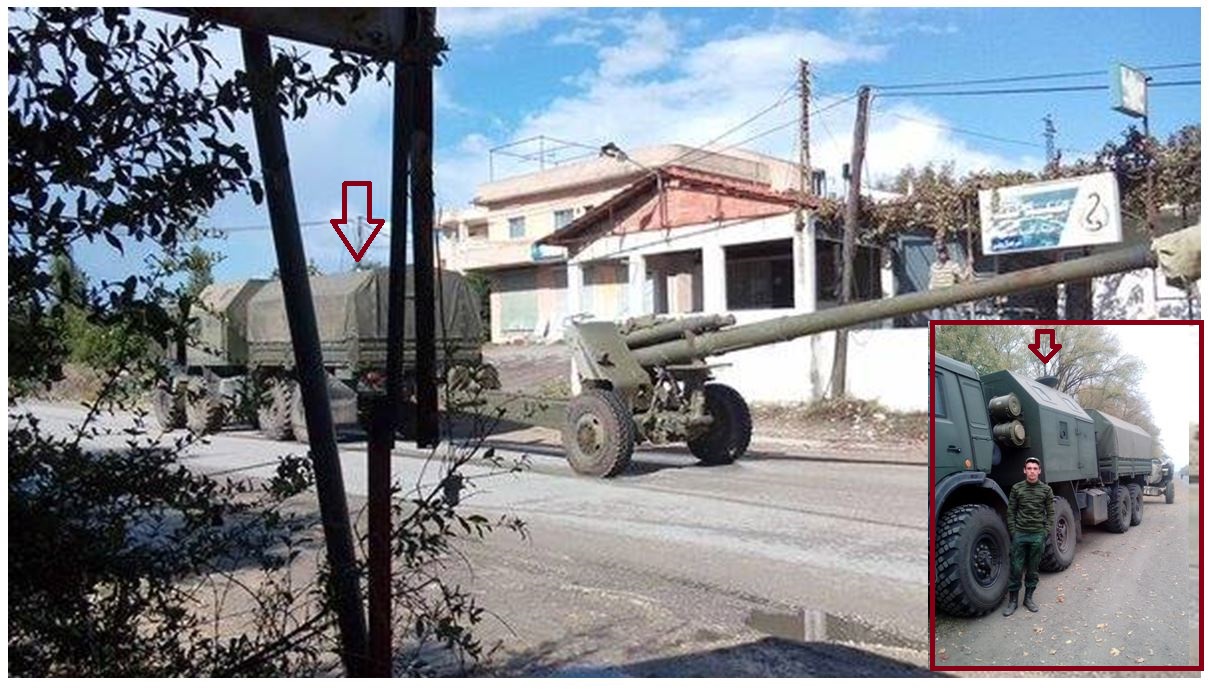 According to the latest information retrieved by the Ukrainian military intelligence, the Russians transfer to Syria an artillery division of the 120th brigade (41st army, Yurga, Kemerovo Oblast, Russia) on board of a LPD. This artillery brigade has also been involved in the ‘Rostov-Ukraine assignments’ (check out our ‘Units of the 120th Artillery Brigade from Yurga to Millerovo’ article, in Russian).
Note: It might be possible that intelligence department’s information about artillery unit transferring is outdated and the KamAZ with ‘Msta-B’ howitzer noticed yesterday indeed belonged to the 120th brigade. But it cannot be excluded that another artillery unit had been moved to Syria with same kind of trucks and howitzers (i.e. 29th brigade of the Southern Military District).
As for the registered desert colored uniform – this is the Russian uniform for the hot climate worn by servicemen of the occupation bases in Georgia (Abkhazia and Tskhinvali regions), in military bases in Armenia and some other military units of the Southern MD including the ones based in the occupied Crimea. The same clothes were seen on the EMERCOM servicemen (who were in fact the soldiers of airborne and supply units) during the weapons and ammo deployment to Donbas under the guise of ‘humanitarian convoys’. 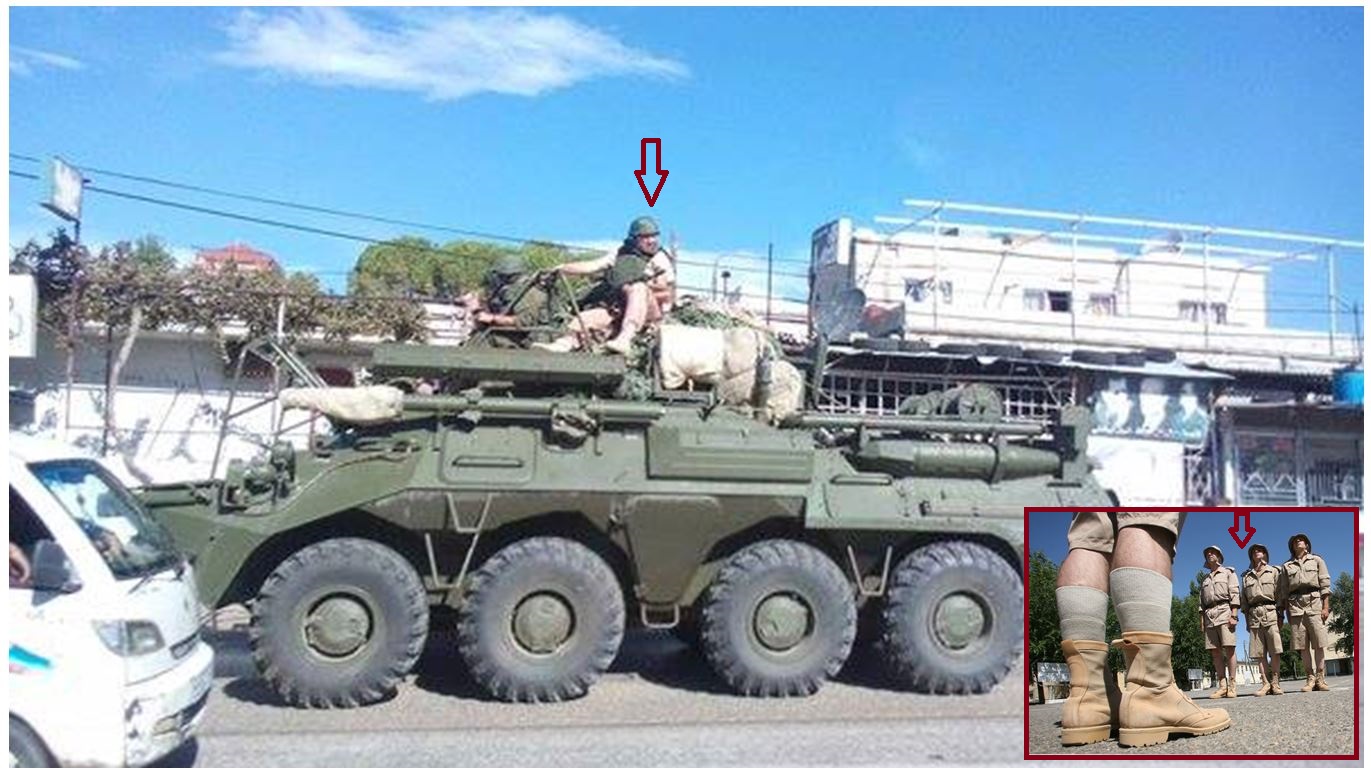 Links to the sources of the Syrian photos:
– “Syria – revolution of the blessed Shama” facebook group (October 28, 2015);
–  “Russian troops in Latakia, village of Al-Shelfatiyeh” SobiWorld@FedorStepy account twitter (October 28, 2015).
Please refer to other articles about the 291st artillery brigade in the context of the conflict in Donbas:
– Russia. The pictures of the artillery position from which Ukraine was shelled in 2014
– “Novorossiya’ Militant’s Contract Was Finalized in Military Recruiting Office of Volgograd, Russia”

9 Responses to “Russia Began a Concealed Ground Operation in Syria”