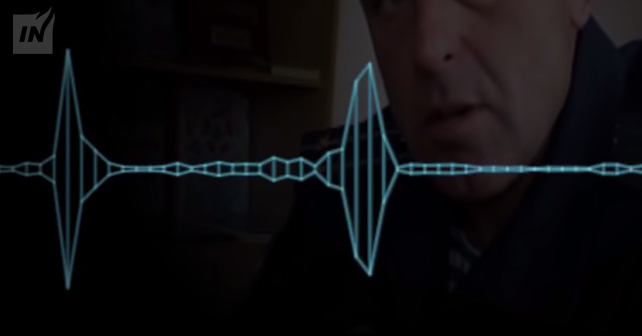 The Main Intelligence Office of Ukraine reported that on August 22nd while the commission of the staff of LNR’s 2nd Army Corps on the causes of the disclosure of real names of Russian Army personnel placed in command positions in the 6th separate motorized rifle regiment in the city of Stakhanov was conducting its investigation, the deputy commander of the regiment, Lieutenant Colonel Stanislav Yershov (call sign Klyon) threatened the chief of staff of the Corps to blow himself up with a grenade. As a result, he was forcibly disarmed and sent to a psychiatric evaluation at the military hospital in Rostov-on-Don.

We should point out that non-lethal elimination of the Russian Army Lieutenant-Colonel and his removal from the command post was a result of the publication of InformNapalm Russian Paratrooper Lieutenant-Colonel in Command of LPR Terrorists (audio intercept).

On August 19th, based on the records of phone conversations and materials exclusively trasferred to InformNapalm by the Security Service of Ukraine (SBU), we published the investigation, disclosing the information about the high-ranking Russian officer, Lieutenant-Colonel Stanislav Yershov, assigned to the post of the deputy commander of the 6th Platov separate motorized infantry Cossack regiment, 2nd Army Corps of LPR (Russian occupation troops). We found that earlier Lieutenant Colonel Yershov was the commander of the 2nd Battalion, 247th Airborne Assault Regiment (military unit 54801, Stavropol, Russian Federation). Additionally, the volunteers of InformNapalm collected the personal data of all family members of this Russian war criminal from their social pages.

In his phone conversations with friends Lieutenant Colonel Yershov repeatedly expressed in obscene form his contempt for the collaborators fighting under his command. The audio intercept offers a good insight into the attitude of Russian military command towards the residents of Luhansk Oblast, the widespread looting, killings and even both combat and non-combat losses of the Russian Army in Donbas. Yershov’s speech is full of quotable statements.

This is one example of a successful and effective operation, carried out thanks to the personal initiative of young officers of the Ukrainian security forces together with the volunteers of InformNapalm.

There were other examples too. One year ago, in August 2015, in personal cooperation with some of special forces officers, we obtained a unique video of the interrogation of the militant Andrey “Kozyr” Kozyrenko, a commander of the 1st battalion of the 7th Brigade of DPR. This informal approach resulted in the most effective use of the information potential of such an incident.

After the wide dissemination of the interview with Kozyr while he was in captivity, the morale of his Brigade significantly degraded, and, according to the Russian propagandist and terrorist blogger Alexandr Zhuchkovskiy, soon 7th Brigade of the DPR Disbanded After Its Commander Was Captured by the Ukrainian Army.

These and many other examples of informal and proactive approach of Ukrainian volunteers, as well as mid-level officers from various law enforcement structures demonstrate that transparency and efficiency in the media coverage of this war is very important in achieving tactical and strategic victories, even using non-lethal methods.

In contrast to the Russian Federation, which conducts its infowars using dirty methods, lies, terror and propaganda, Ukraine should rely on the truth, as this is our the most powerful weapon. But the truth must be used properly. It is not a passive weapon; it needs to be delivered to the recipient quickly and efficiently. Bureaucratic inertia and Homo sovieticus thinking of the old elite in Ukrainian security forces must give way to the energy of young officers, who are able to think outside the box and find original solutions.