The Russian ‘Granat-2’ UAV in Service of the ‘DPR’ Terrorists: Training Camps in Rostov Oblast 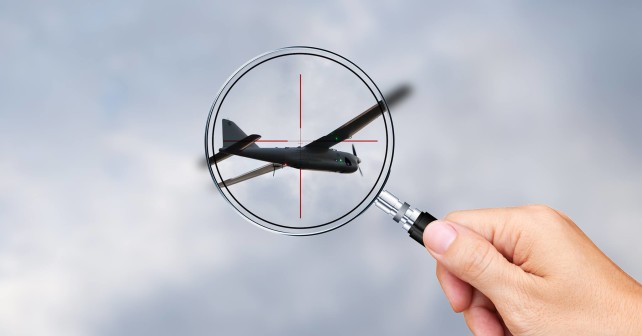 In view of the increased activity of terrorist forces’ UAVs, the intelligence volunteers of the InformNapalm international community decided to conduct additional exploration and identification of sources of origin of the UAV specialists in the ranks of the illegal armed formations. So, during the investigation, the commander of a ‘DPR’ unit has been identified. He has been trained at the military camp of the Russian Armed Forces in Rostov Oblast.

Aleksandr (Alex Kola, presumably Aleksander Vdovenko, the archived profile and photo album), as he says, is a ‘volunteer’ from Russia with former call sign ‘Terek’. Since July of 2014, Aleksandr is a member of an illegal armed formation, he was seen in the battles in Shakhtarsk, Nikishyne, Fashchivka, Vuhlehirsk, Kruhlyk, etc. You can find more details in the video: 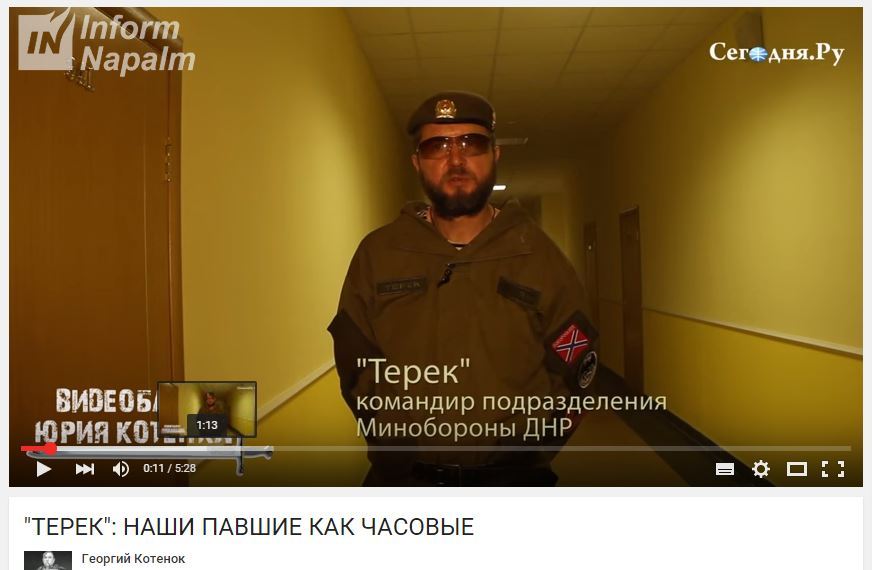 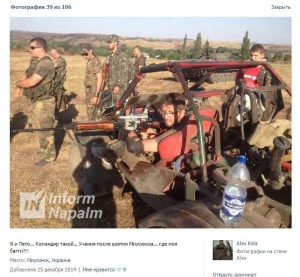 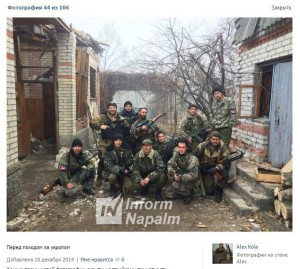 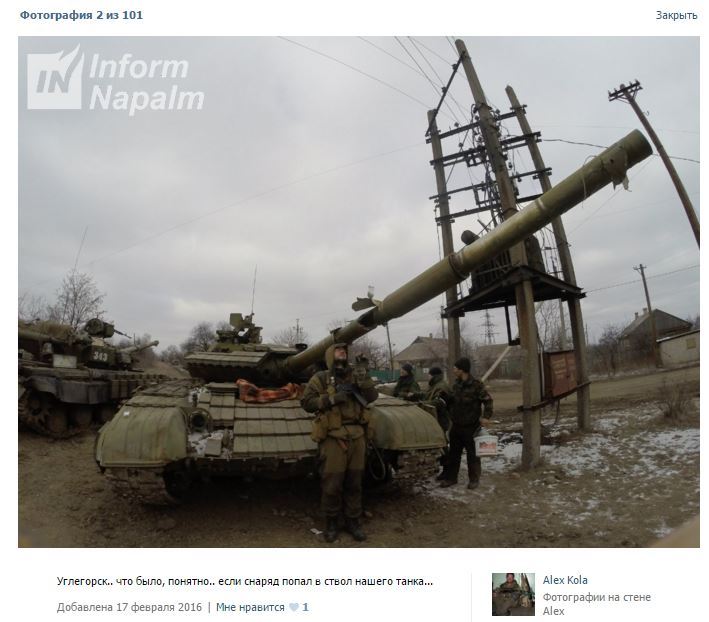 In December of 2014 Aleksandr appeared in a photo with geolocation in the territory of Kuzminskiy training area in Rostov Oblast with titled ‘Study’ and photo of the ‘Granat-2’ UAV with the caption ‘Our swallows’. 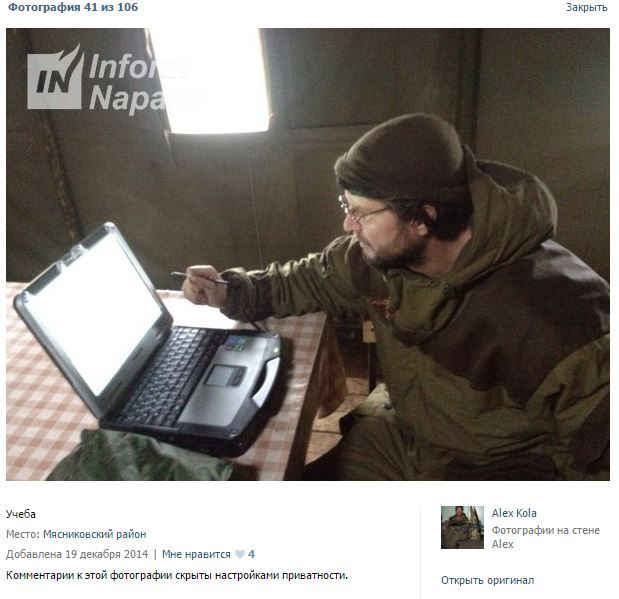 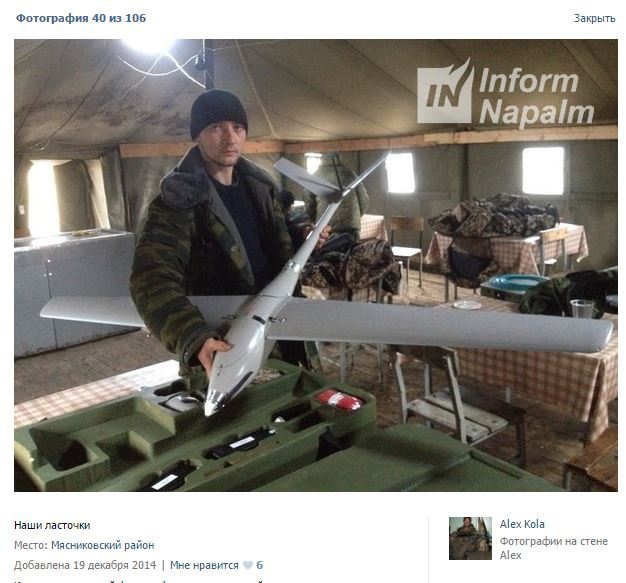 For reference:
“During the exercises conducted by the Russian Ministry of Defense it was proven that the usage of the ‘Granat-2’ UAV complex, developed by the ‘Izhmash’ LLC, allows to reduce the time between detection of a hypothetical aggressor’s targets and their disposal. ‘Granat-2’ is a handheld complex of a remote monitoring and backhauling designed for the aerial reconnaissance by using photo-, video- and thermovision equipment at any time of the day or night at a distance up to 15 kilometers” (the source and archive). 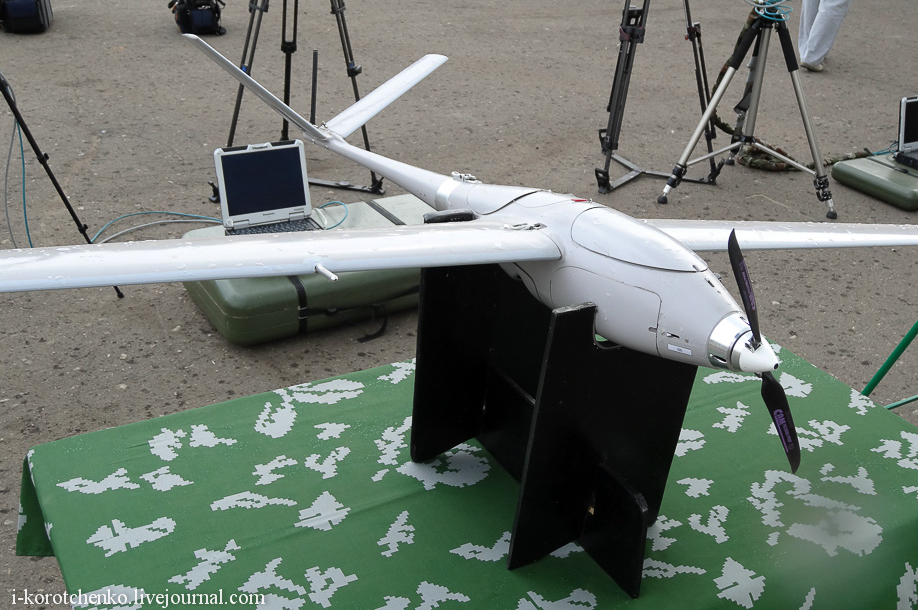 A photo filmed by the UAV and a message in his profile in the social network confirmed that the Aleksandr’s detachment was engaged in the aerial reconnaissance. When the propagandist Graham Phillips began to publish video, which had been recorded by the drones, Aleksandr wrote: ‘Graham gets higher and higher…. it is time to take him in our team’. 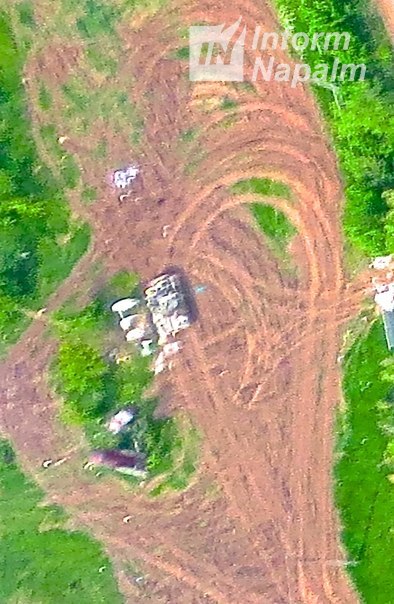 During the winter campaign, Aleksandr was in a special UAV unit, which is described in the video uploaded in February of 2016.

In another video, we see the Ukrainian military positions reconnaissance using the ‘Granat-2’ UAV, namely the transfer of coordinates using the Panasonic laptop, which is a part of the UAV complex.

It is curious, that the ‘Granat-2’ UAV was seen in the battles for Debaltseve (please check the article “‘Novorossiya Miners’ Use Russian ‘Granat’ Drones”).

In this manner, we gathered evidence of the transfer of modern Russian intelligence means in the hands of representatives of illegal armed groups, as well as learning and training UAV operators in the training area of the Russian Ministry of Defense in Rostov Oblast.

The Security Service of Ukraine and National Security and Defense Council of Ukraine has already informed (RU) about the training of the so-called ‘volunteers’ in the military sites and camps of the Russian Ministry of Defense. InformNapalm has also conducted a number of investigations on this topic:

3 Responses to “The Russian ‘Granat-2’ UAV in Service of the ‘DPR’ Terrorists: Training Camps in Rostov Oblast”