Russian Cossacks as the Russia’s Ministry of Defense Reserve 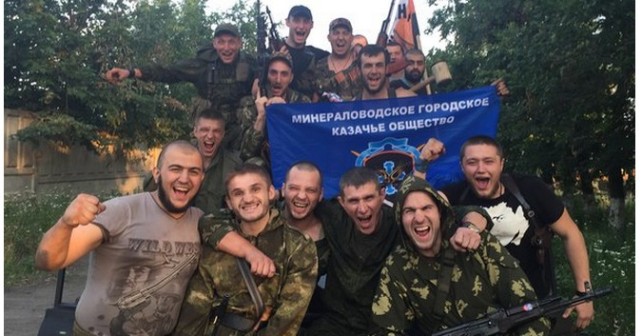 We continue disclosing and identification of the Russian militants’ sidekickers and international terrorists who fight in Ukraine in the ranks of the illegal armed formations of ‘DPR/LPR’. We identified citizens from both CIS and non-CIS states among this ‘international rabble’. But the vast majority of the ‘volunteers’ are the citizens of the Russian Federation, consisting of various kinds of military-patriotic and Cossack organizations, which are cleverly manipulated by the Russian special services in the interests of the aggressive policy of the Kremlin.

A vivid confirmation of this is the information placed on the page “Kuban Cossack sports school ‘Basko'”. It is about the military training which took place at a training site near the village of Molkino (Russia) in the end of August and involved around 600 Cossacks who had the combat practical classes. The training agenda included lessons on tactics, shooting with AK and SVD rifles, passing obstacle courses, familiarization with the modern samples of small arms, armored vehicles and tanks. 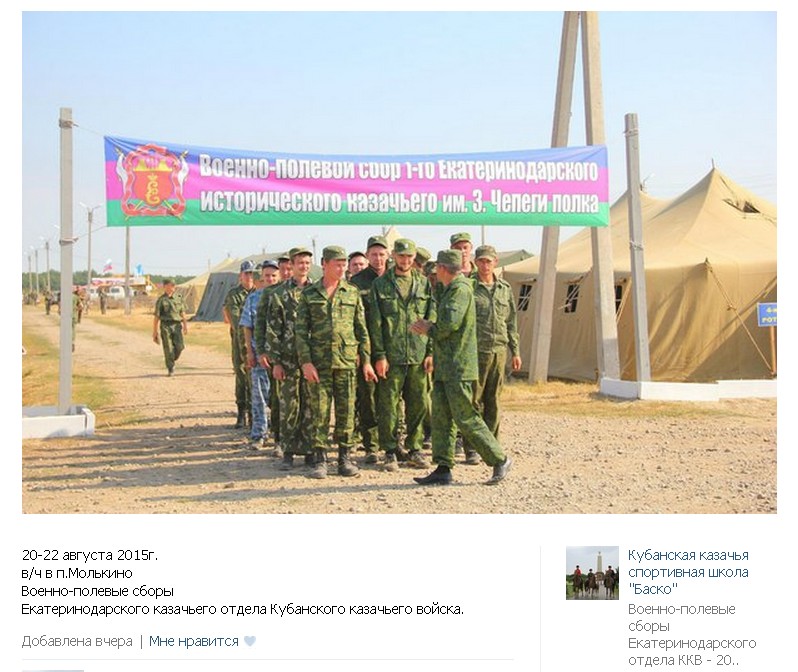 Note: The village of Molkino (Krasnodar krai, Russia) is placed near a military training ground which is used for training military units of the Southern Military District. Also the 10th separate special forces brigade is located in Molkino, and this is the brigade where the ‘volunteers’ were trained before being sent to Donbas a year ago (please refer to ‘Russia as the sponsor of the international terrorism: militants training camps in the Russian territory’, in Russian). Also a group of the 10th brigade’s servicemen was disclosed in Luhansk in July, 2015.

The current article is about the Stavropol Cossack commnity (‘Mineralovodskoye town Cossacks community’ of the Tver Cossacks, to be precise). The members of this community are the ‘veterans’ and participants of the Crimea annexation in 2014, they also are regularly seen in the ‘Vostok’ battalion in Donbas. 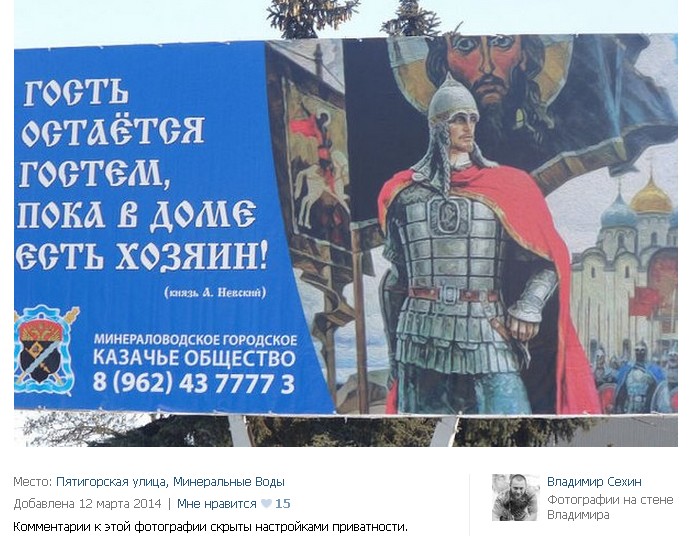 The ‘hero’ of our investigation is Shamanauri Bidzina Vazhaevich, born on December 24, 1990, an ethnic Georgian who lives in Mineralnye Vody (Russia). He is the one who gave Cossacks away in Crimea and Donbas. 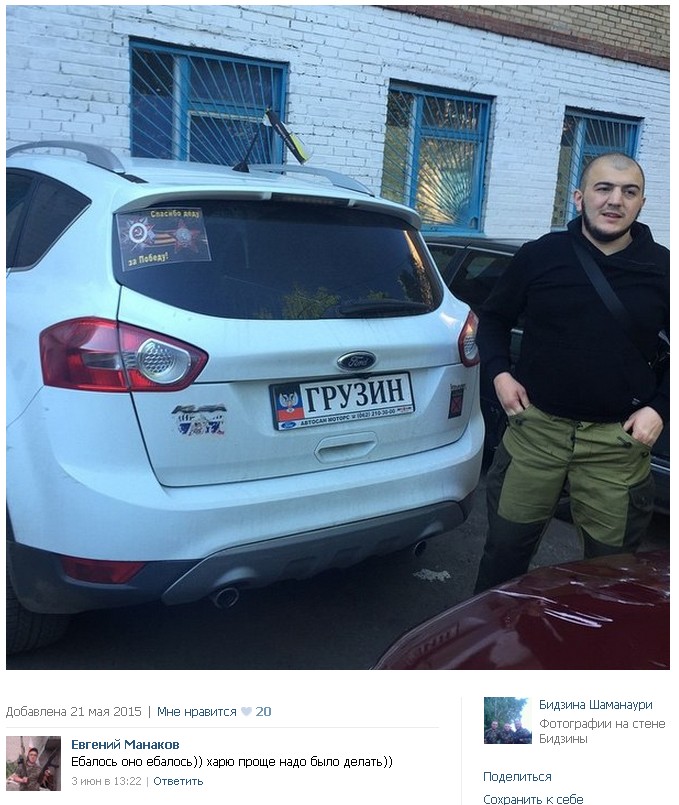 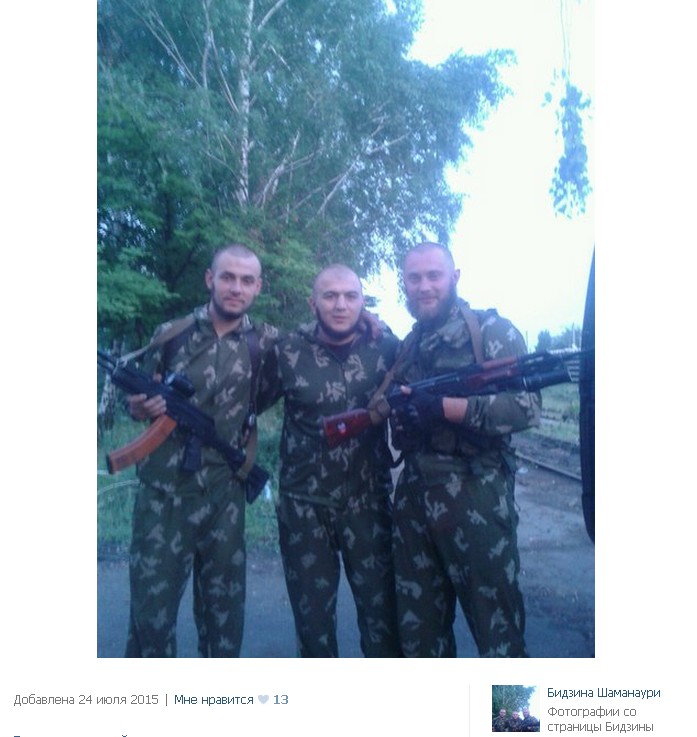 Note: More information can be found in the ‘Mirotvorets’ center’s database.

The most interesting fact about Midzina and other Cossacks from Mineral Vody is the medal ‘For returning the Crimea’ (a legal reward of the Russia’s Ministry of Defense) on an order of Russian Federation MD No. 109 from February 24, 2015, signed by Stavropol krai’s chief enlistment officer. It was also mentioned on the official Cossack’s community website on May 15, 2015 (‘Commendation to Mineralnye Vody Cossack Community members for returning the Crimea’, in Russian). 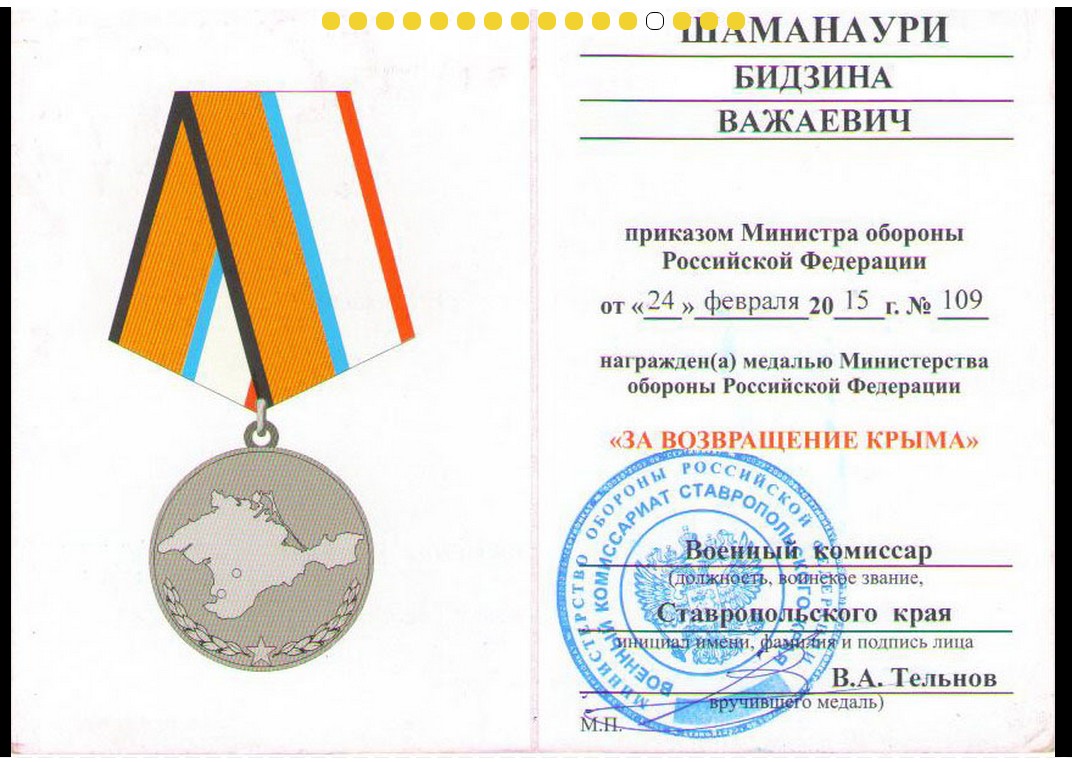 The last photos made by Badzina Shamanauri and his brothers-in-arms contain pictures from Donbas including the Donetsk-Pivnichny rail road hub area and Spartak village council (Yasynuvata raion, Donetsk Oblast) plundered by the mentioned militants (see “Russian mercenaries are shocked by the Donbas militants’ looting”, in Russian). 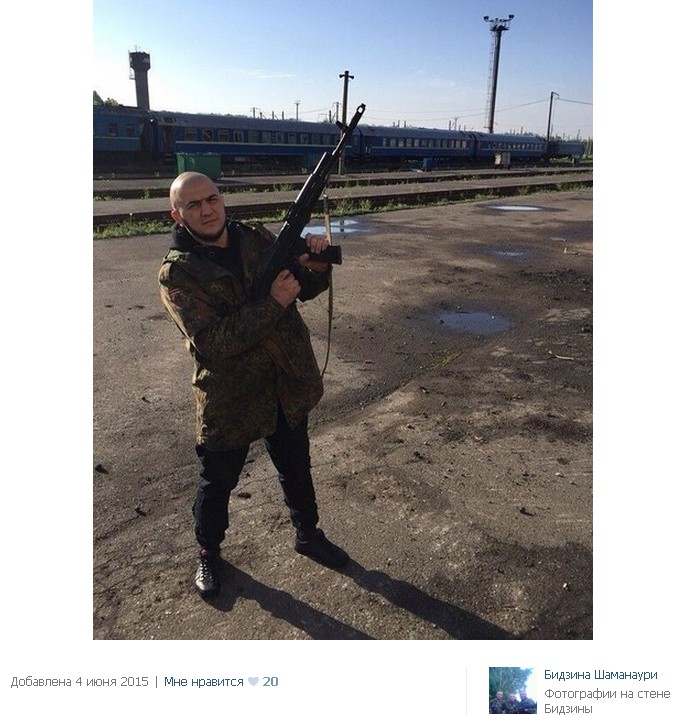 P.S. B. Shamanauri is not the first ethnic Georgian who fights against Ukraine in the ranks of ‘Novorossiya’ armed formations. We have already disclosed and identified other such militants – ‘Gogi’ Teimuraz Gogiashvili and Gia ‘Problem’ Djogerdishvili.